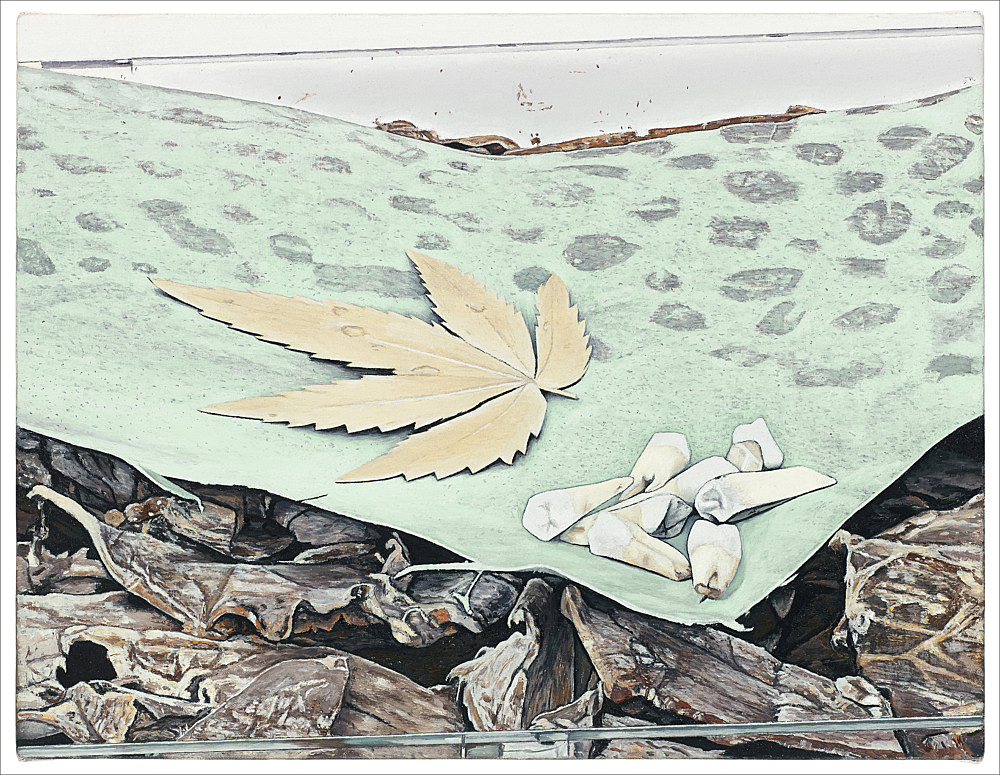 In a couple of older paintings by Caleb Considine, we see an object directly referencing a passage from a novel - an accordion stretching out the word ‘pessimism’; or a foam cannonball etched with a specific phrase - shown sitting among studio clutter. The object is stranded between realms; it is a deposit from a series of transfers or insertions, from narrative description on the page, to materializing on a studio couch in Brooklyn, then again to a flat rendering on the canvas. Along the way, its meaning has been dislocated. And this suspense of subject matter seems to hold true with the other things the artist paints, whether from fiction or fragments of reality. There is an absence to the images as they are painted - the vacant face of a best friend, a subway platform sucked of people, an object that already is substituting for something else - that suggests they are not where the content lies. But then these are not images simply made in the service of observational realist painting, either; they are too clearly singled out for that. This sense of content being astray has to do also with the process’ vying for significance. The paintings’ rendering is daily and insistently on the surface, though still not expressive enough to overtake the subject. The things are faithfully reconstituted.

The actual object used to make the weaponized bulldozer piece is, like the paintings, a detailed, scaled-down replica. It is a collectible model, less than five inches tall, assembled in an undisclosed distant location, sold on eBay, and shipped to the studio, where it sat still on an overturned plastic storage bin draped with a black trash bag for the last ten months, while news and podcasts ran in the background, the dust of the studio gradually mingling with the signs of desert wear sprayed onto its sides.

The pool of blood in the take-out container was sourced from the meat shop downstairs, initially for some idea involving a ceramic figurine taking after a Salvador Dalí painting about the ascendance of U.S. geopolitical power after WWII that was going to include some blood. That did not work out, but the Tupperware looked nice in its hot-sauce-stained corner of the fridge and had a waxy texture similar to the face of the canvases. The teeth are the artist’s, the books are the artist’s, the subway platform is how the 4th Ave and 9th Street stop looked every afternoon this year, or an aggregate thereof. Through these images also emerges a larger picture of persistent devotion to task. 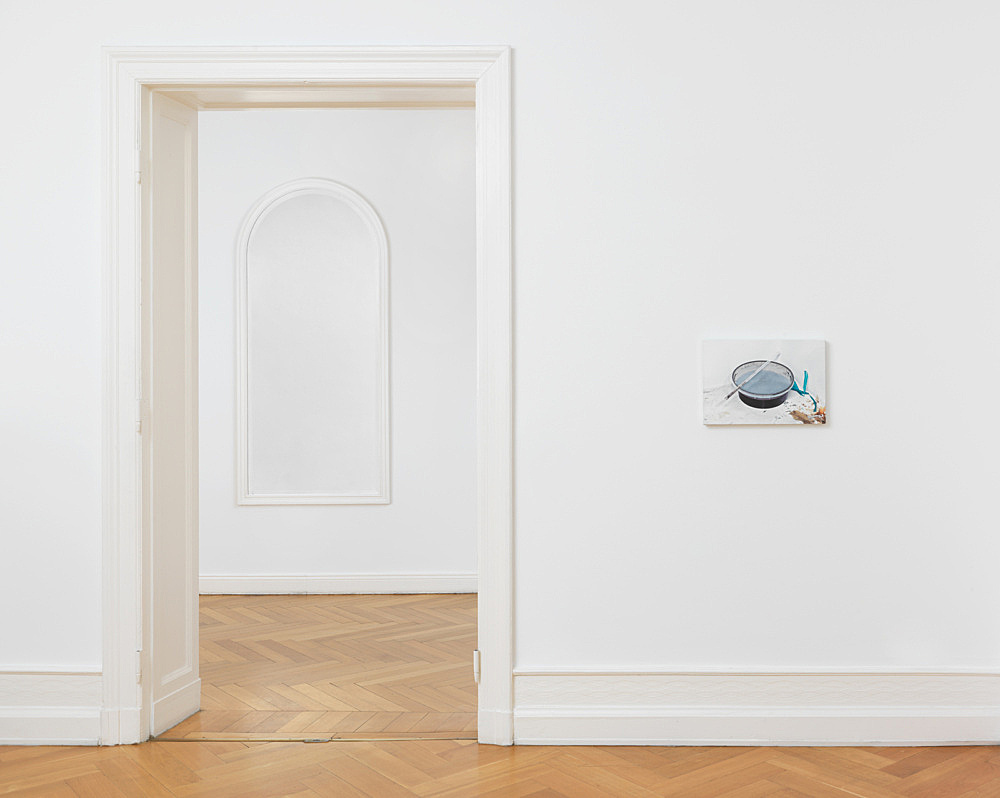 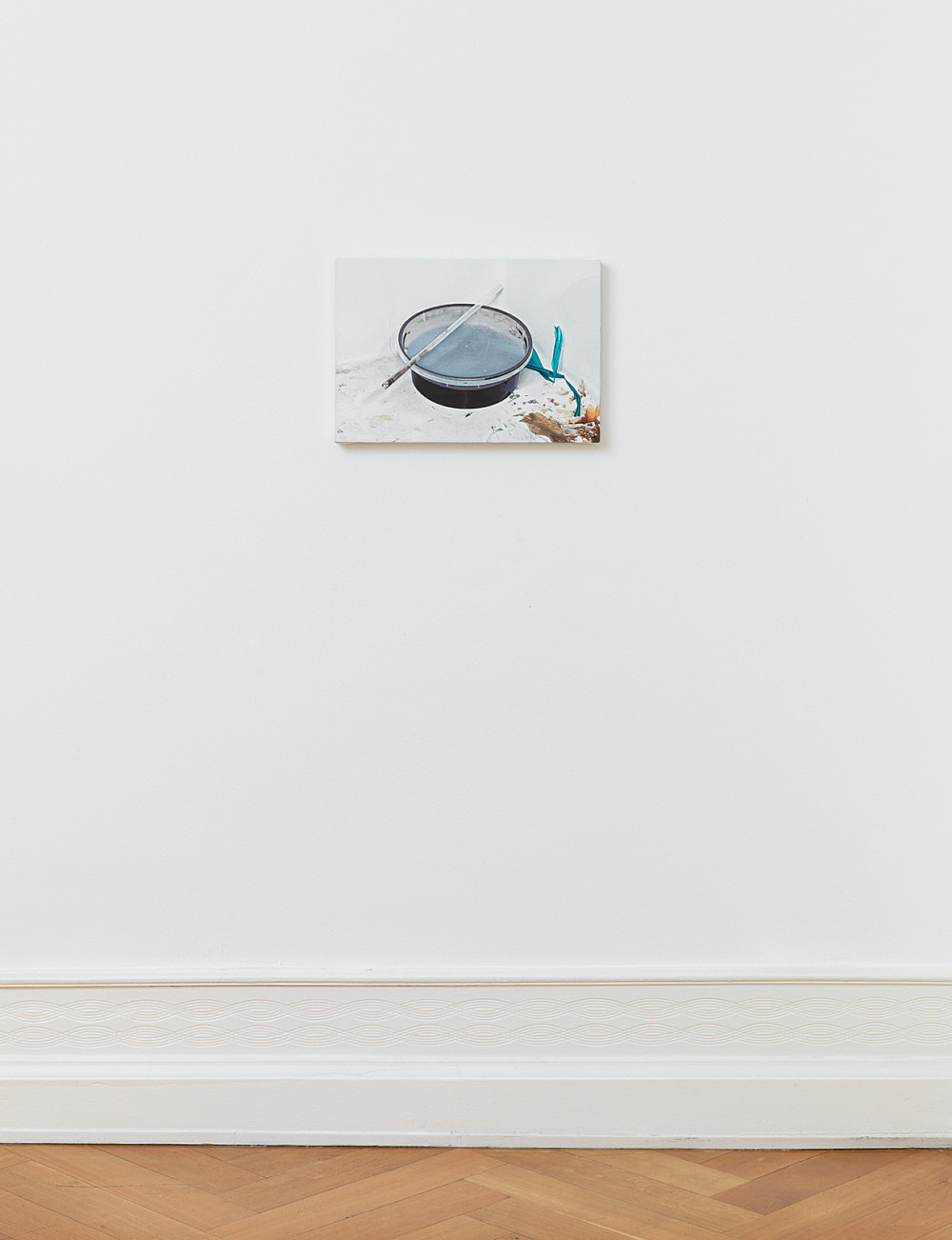 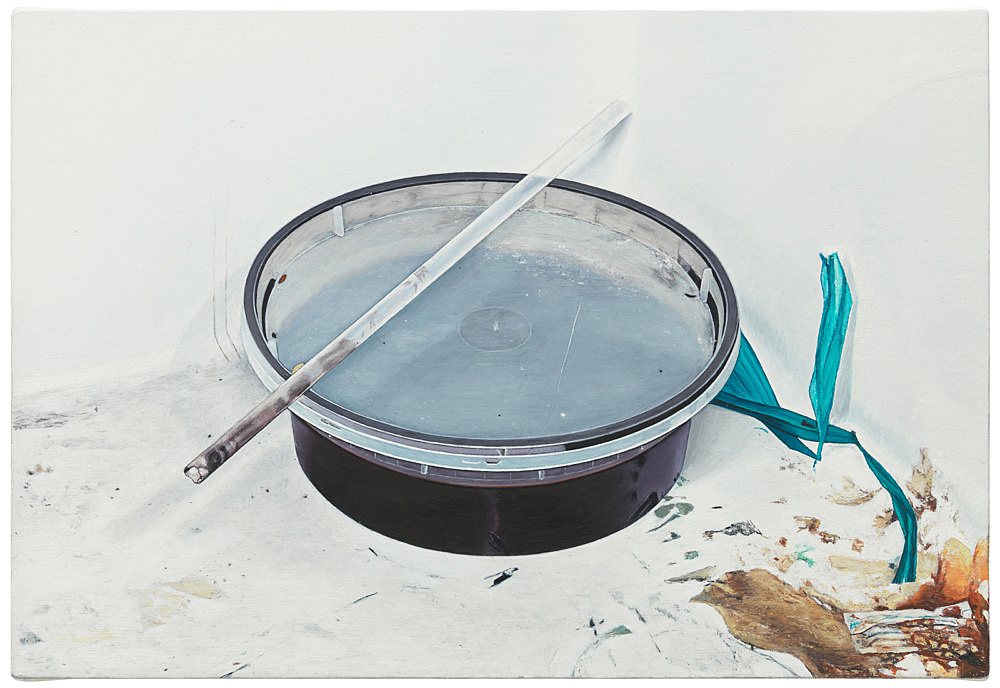 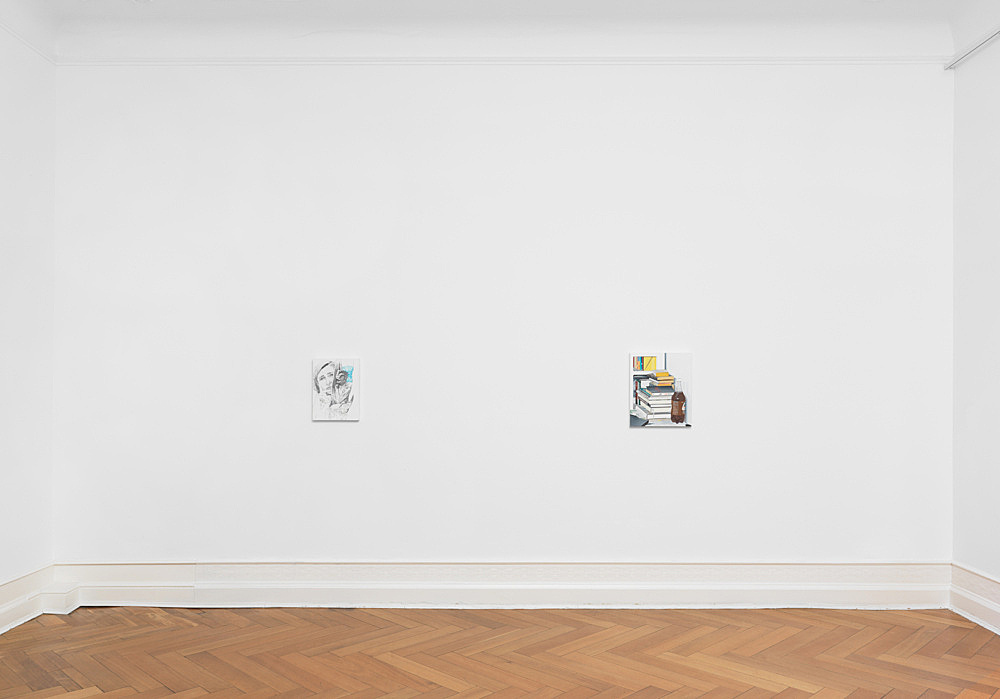 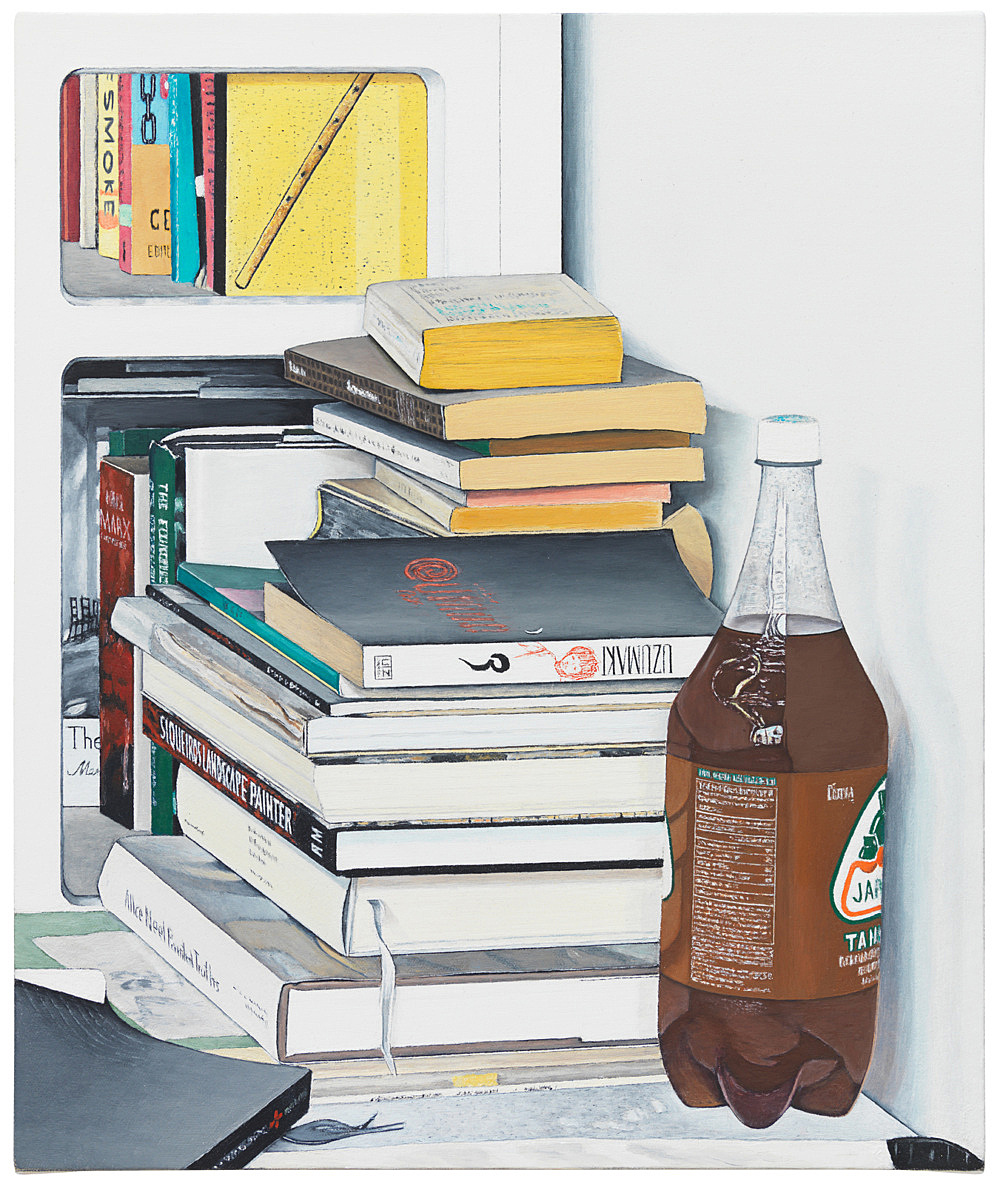 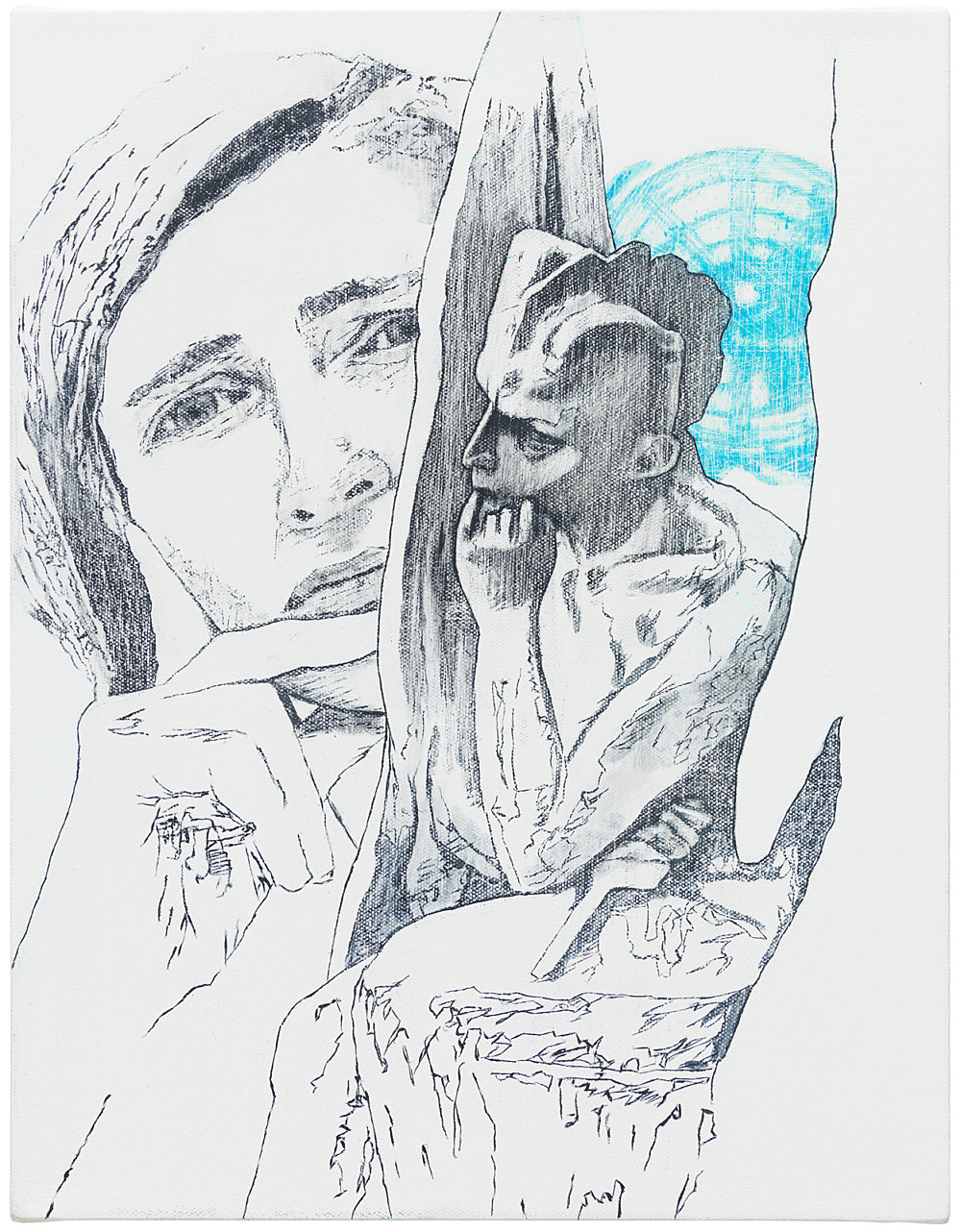 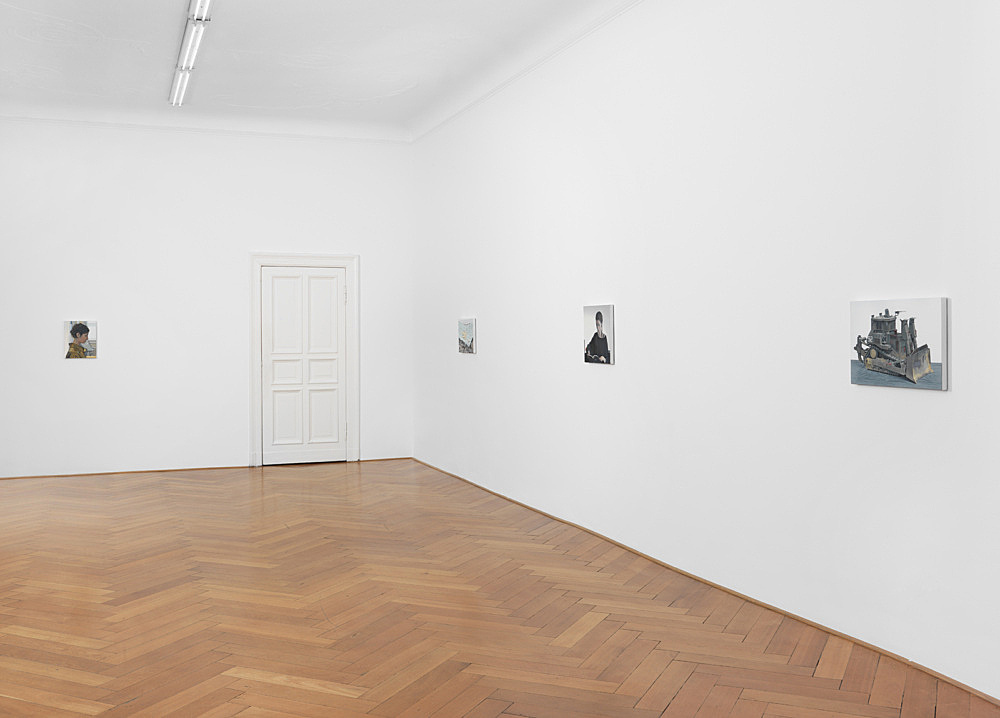 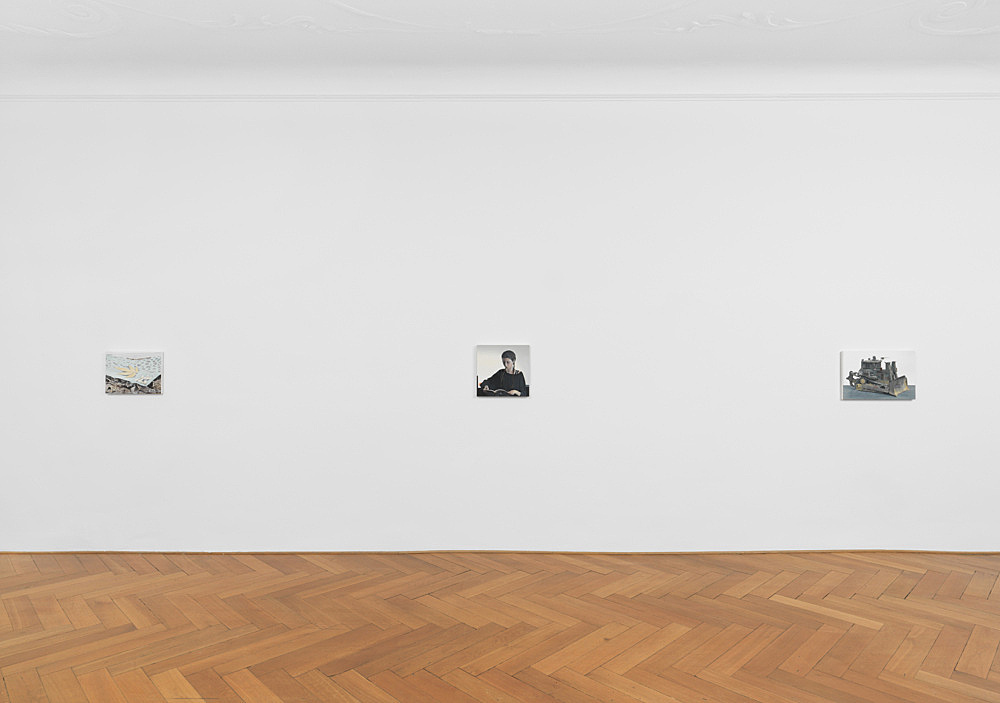 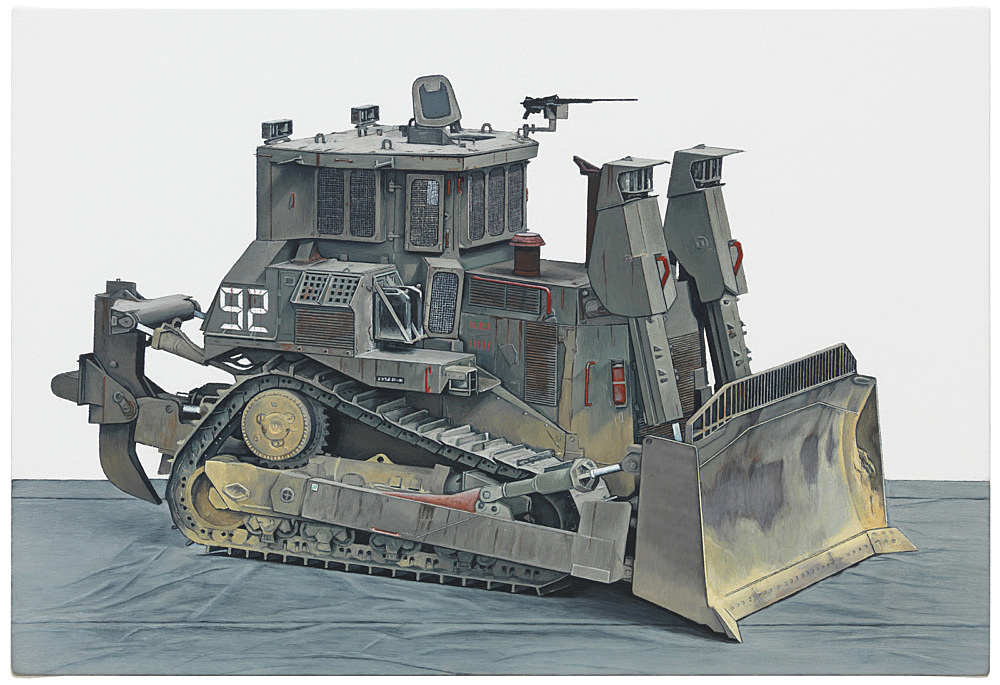 “‘They are all enemy combatants, and their blood shall be on all their heads. Now this also includes the mothers of the martyrs, who send them to hell with flowers and kisses. They should follow their sons, nothing would be more just. They should go, as should the physical homes in which they raised the snakes. Otherwise, more little snakes will be raised there.’”, 2017
oil on canvas
38.1 x 56 cm 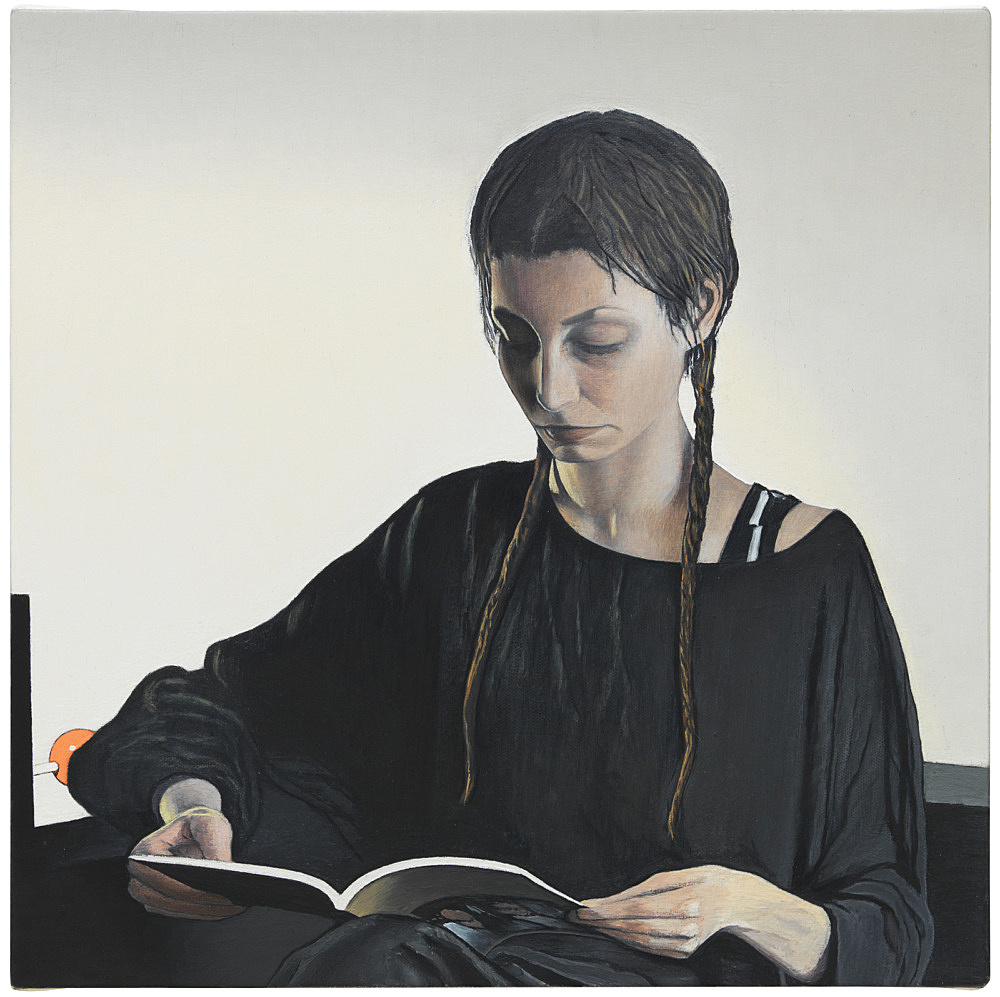 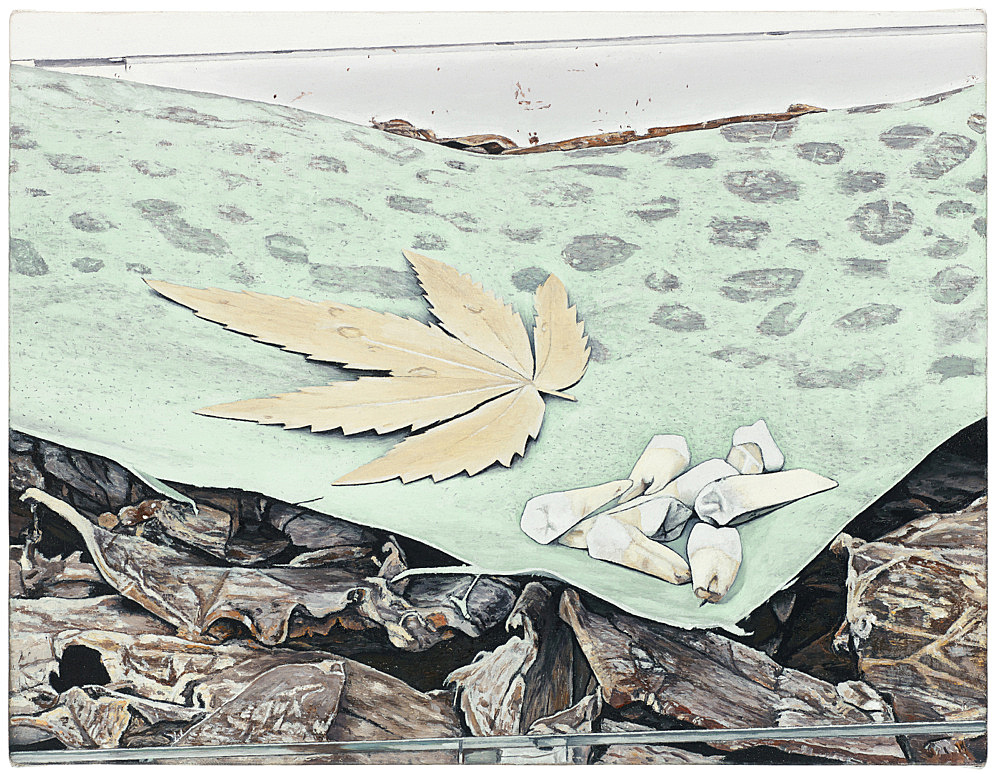 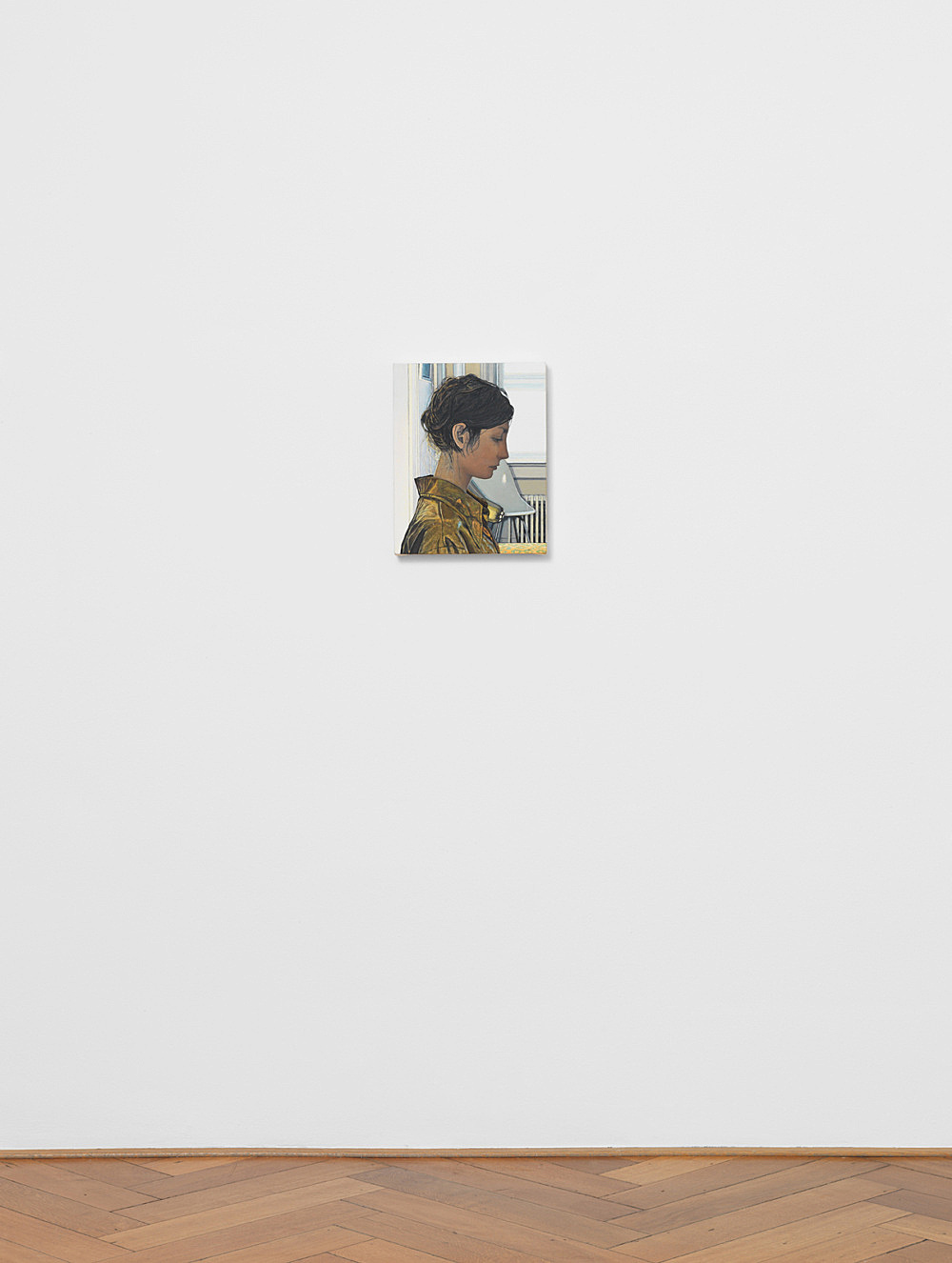 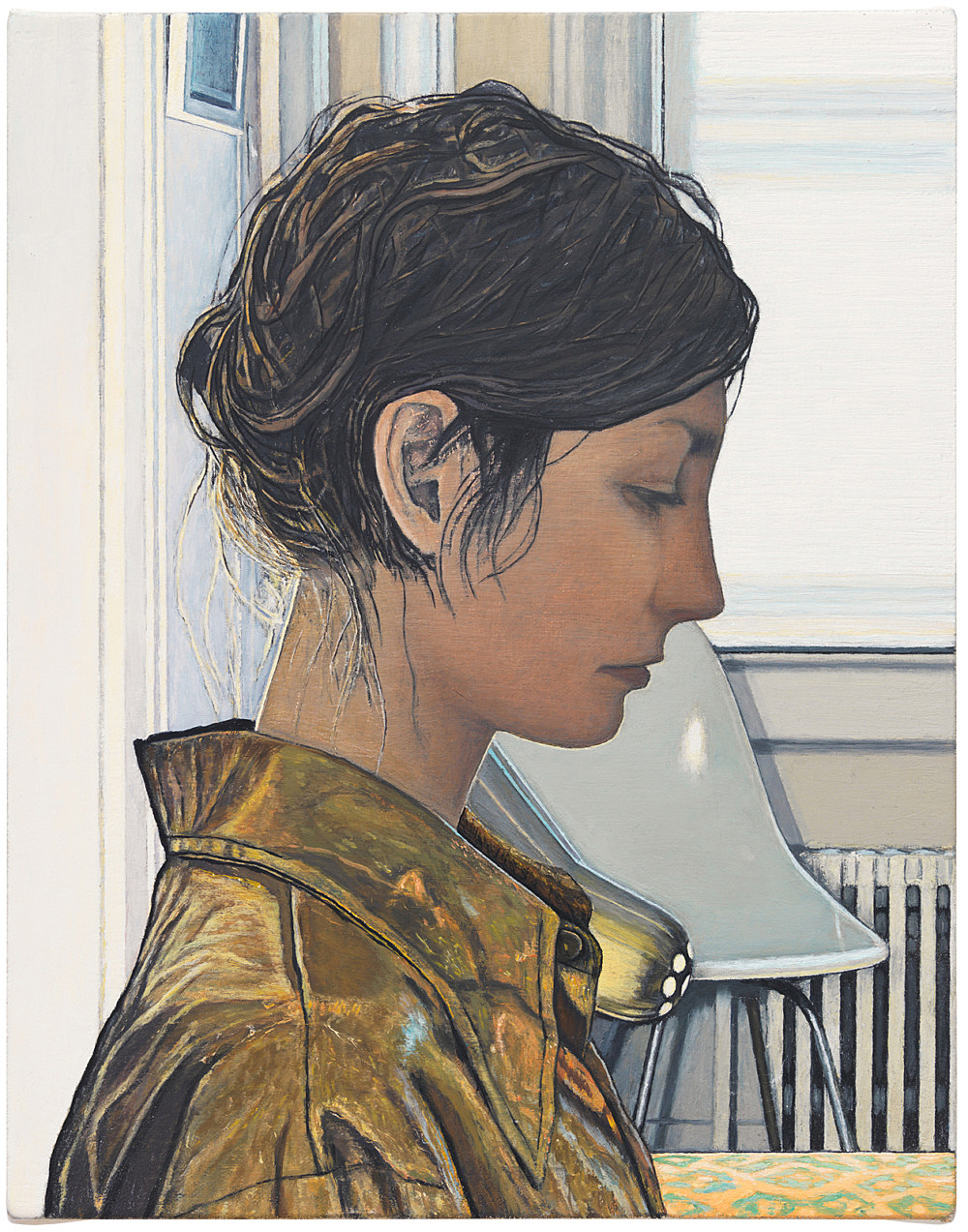 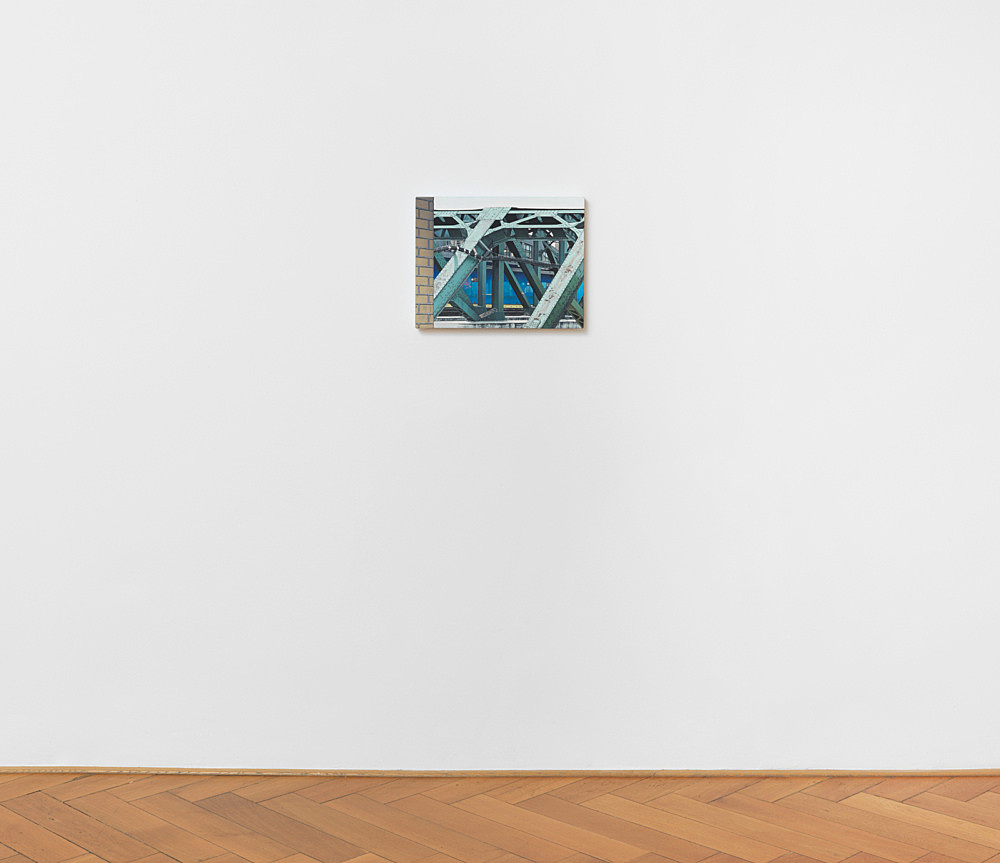 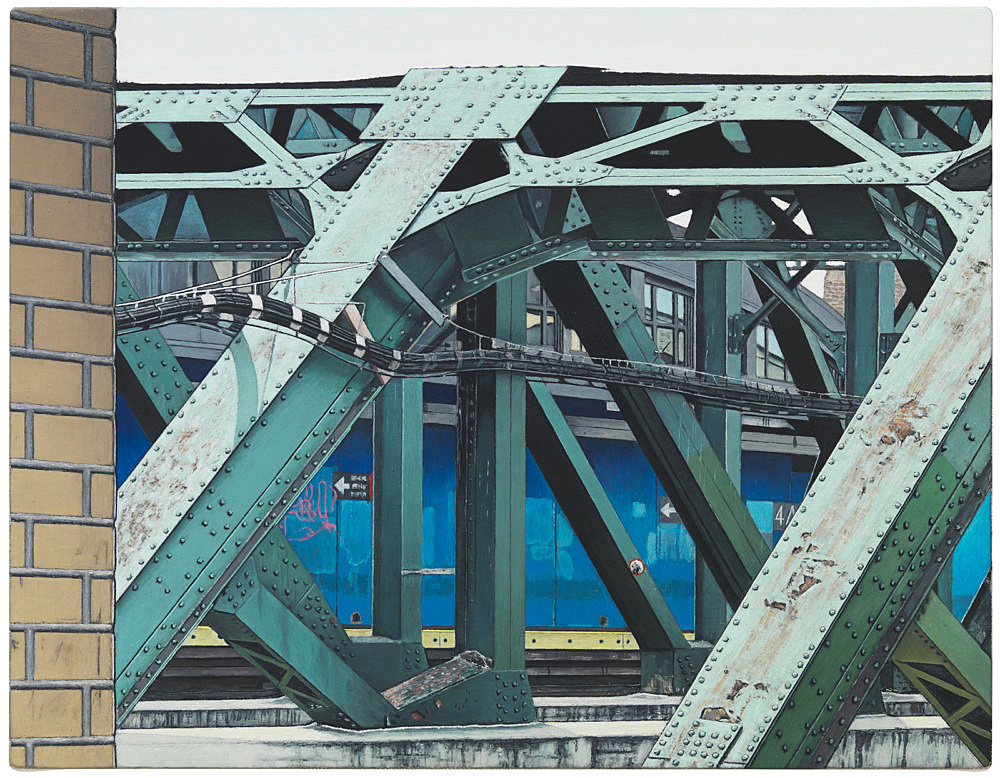