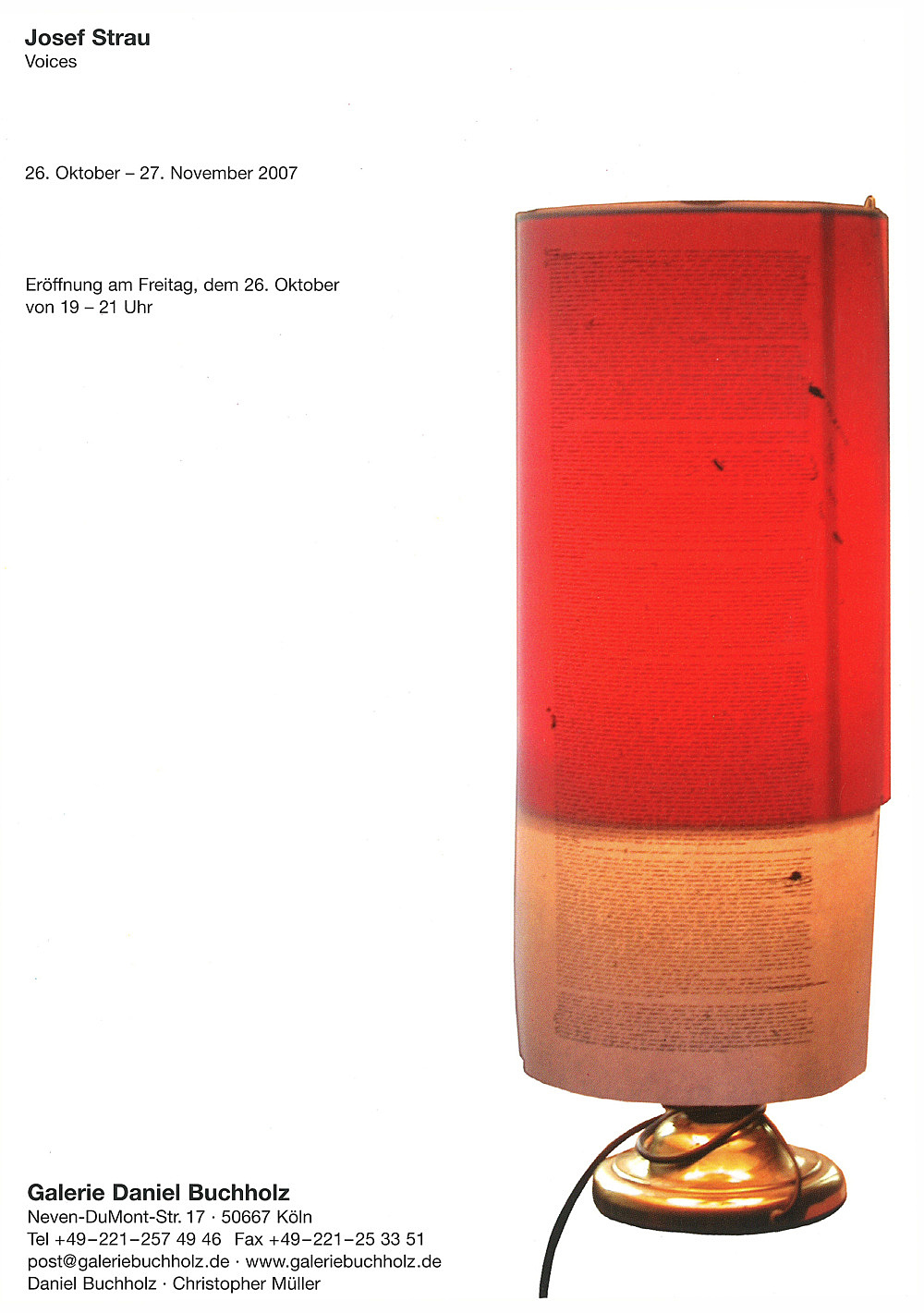 continuing the formal modes worked out during the last two years, dividing the production into the two basic functions: texts and sculpture like reference objects. asking, how much it is possible that texts can be included in the very spatial medium of exhibitions, texts, which traditionally are only presented in publication form. the exhibition is divided in two spaces: in the first room the texts are available to be taken home by the visitors, in the second the same texts are framed in an imagelike form and each is related to objects which partly make reference to the written narratives.
the exhibitionlike form of text presentation allowed the division of the whole text into fragments layouted on postersize papers, originally written in different “voices” instead of using the form of a continued serial novel. some of these text fragments were written in an almost ecriture automatique mode, others are following and transforming already existing texts. in a very open form each poster combines these different “voices” and relates and dedicates them to a certain person or figure, somehow portrayed in written form.

the project refers to “the non-productive attitude”, a text published last year for the catalogue “in and out of cologne” edited by bennett simpson. the non-productive attitude appears not as a complete lack of production, but as reduction of intentional production, replaced by the shifting and freeweeling themes and objects of automatic writing and by a fictional understanding of authorship, which replaces as well the earlier plan for the exhibtion to write a novel like fiction text, focussing on a fictional character called the dissident.

this kind of unintentional writing and the replacement of the intentional author by an unconscious writer of course is usually connected with psychoanalytical ideas could be considered as therapeutical.

each poster’s text is dedicated to some person who has contributed something to the idea of unconscious production, most have lead a life with a very particular relationship to their own work, sometimes having worked in a field they have not chosen.

historically it starts with joseph and moses from the bible, continues with schopenhauer, bruno schulz and libeskind. another poster is related to the fictitious character of the dissident. 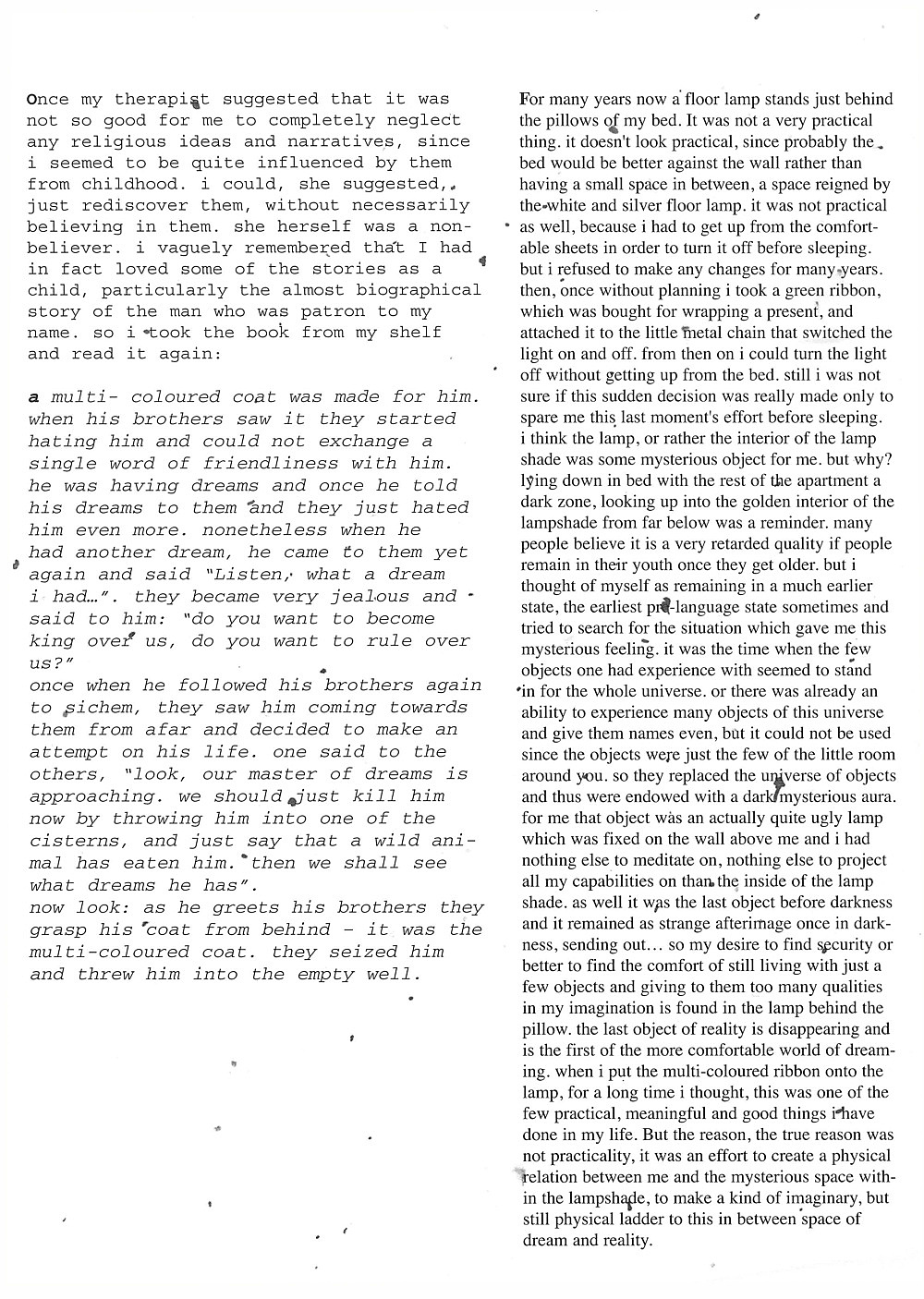 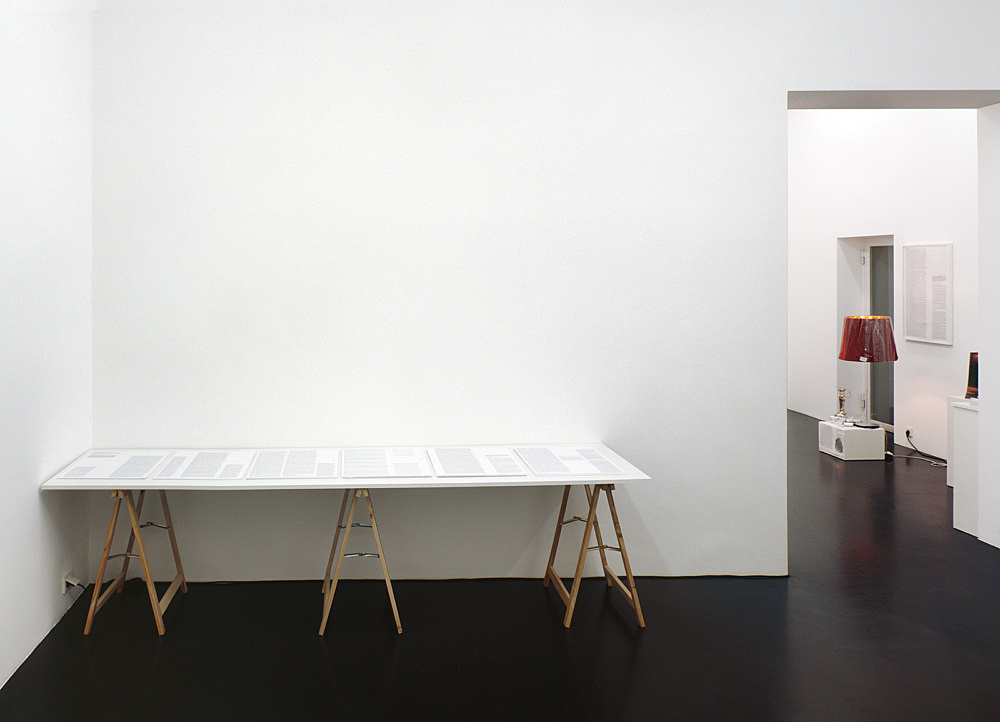 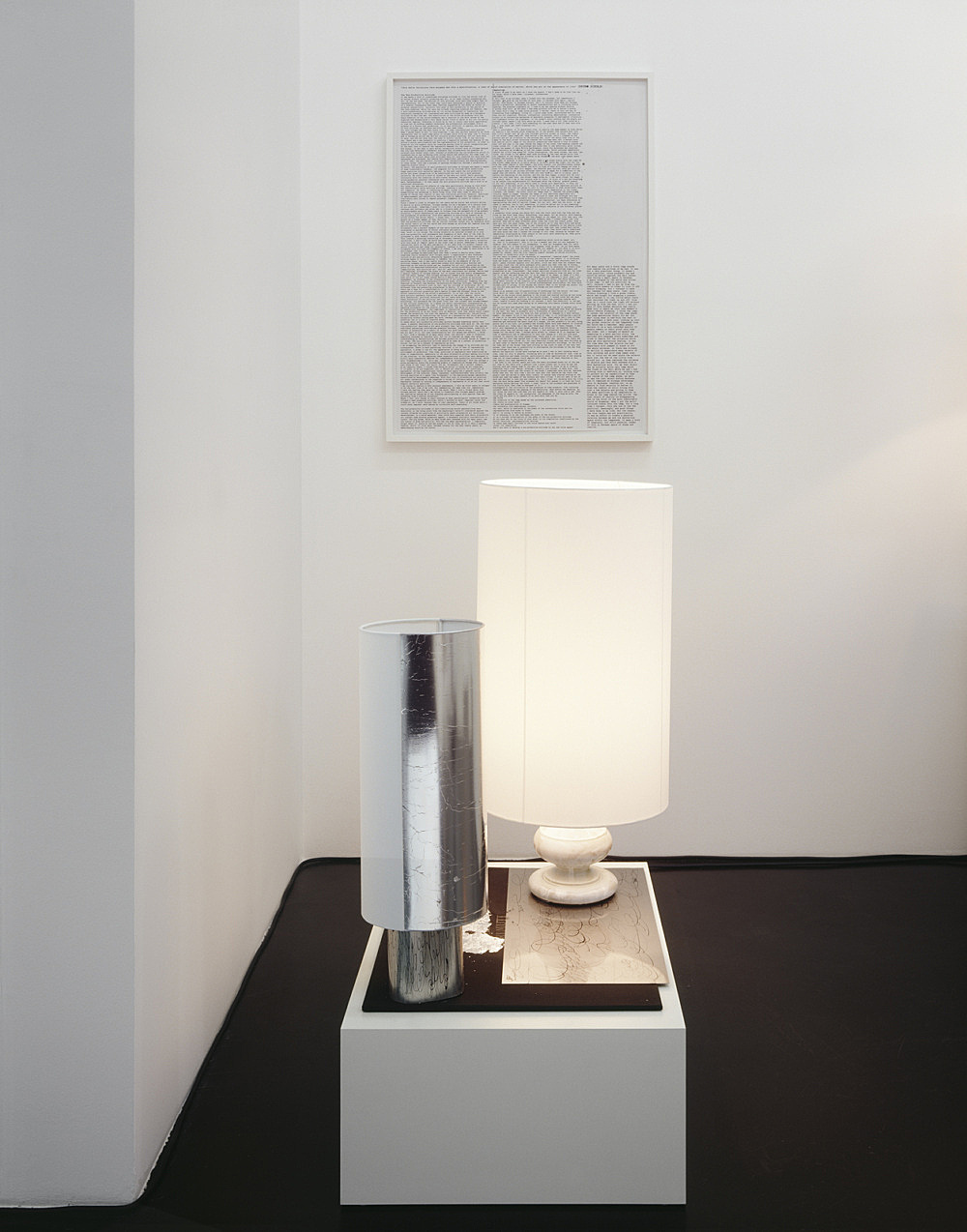 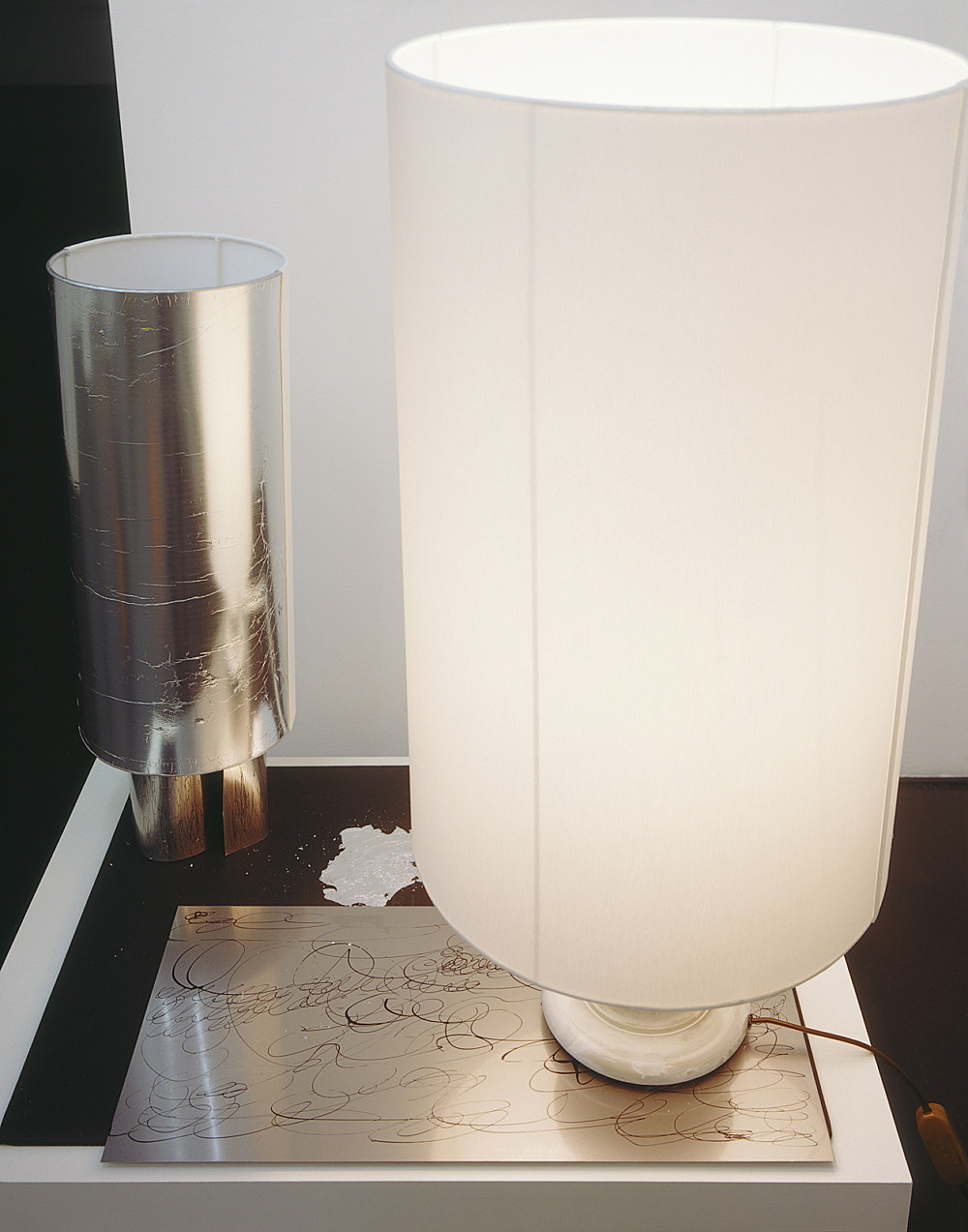 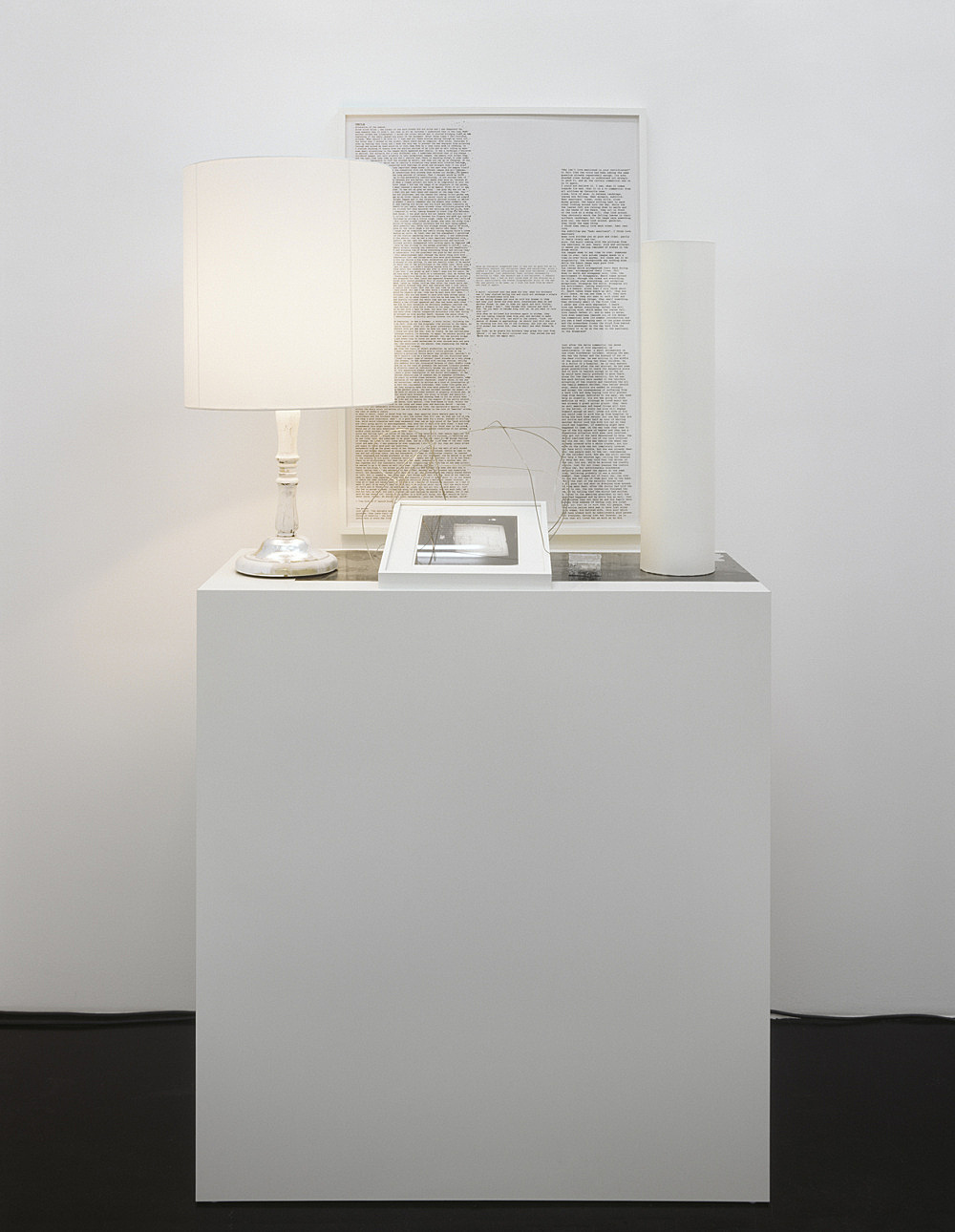 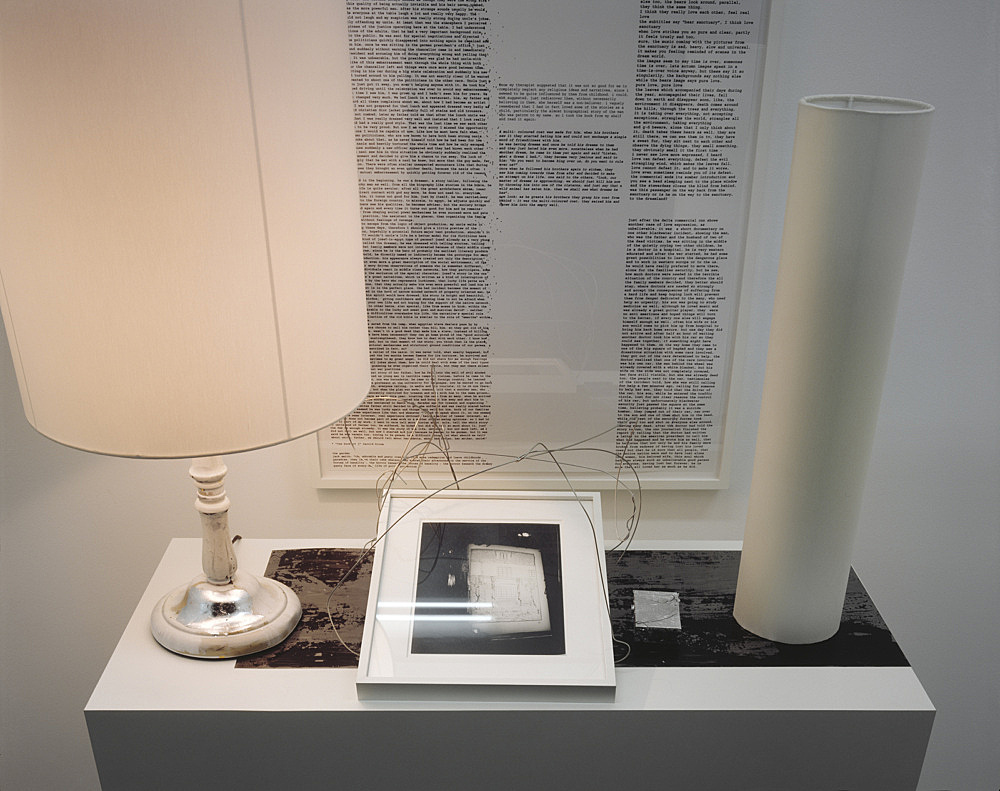 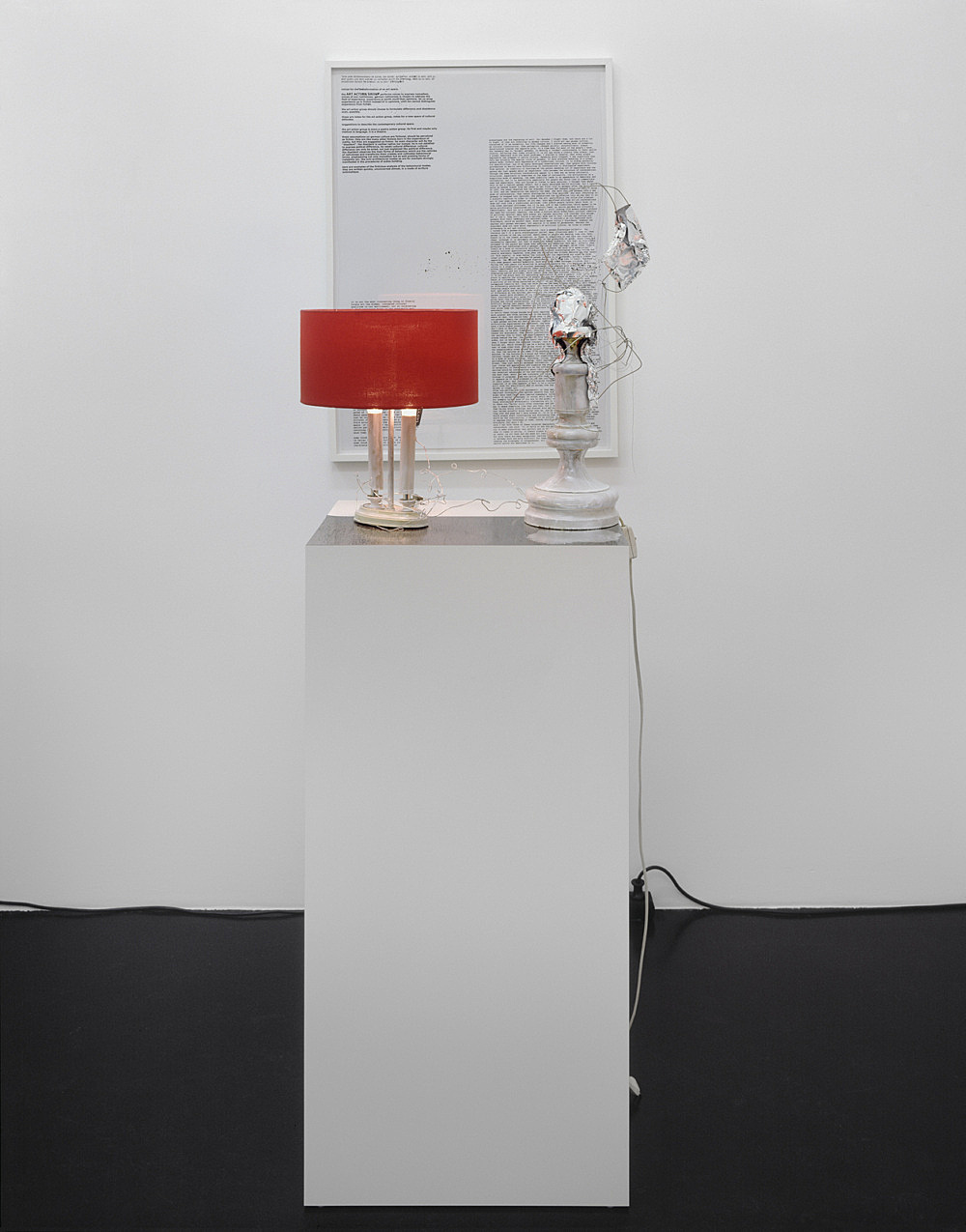 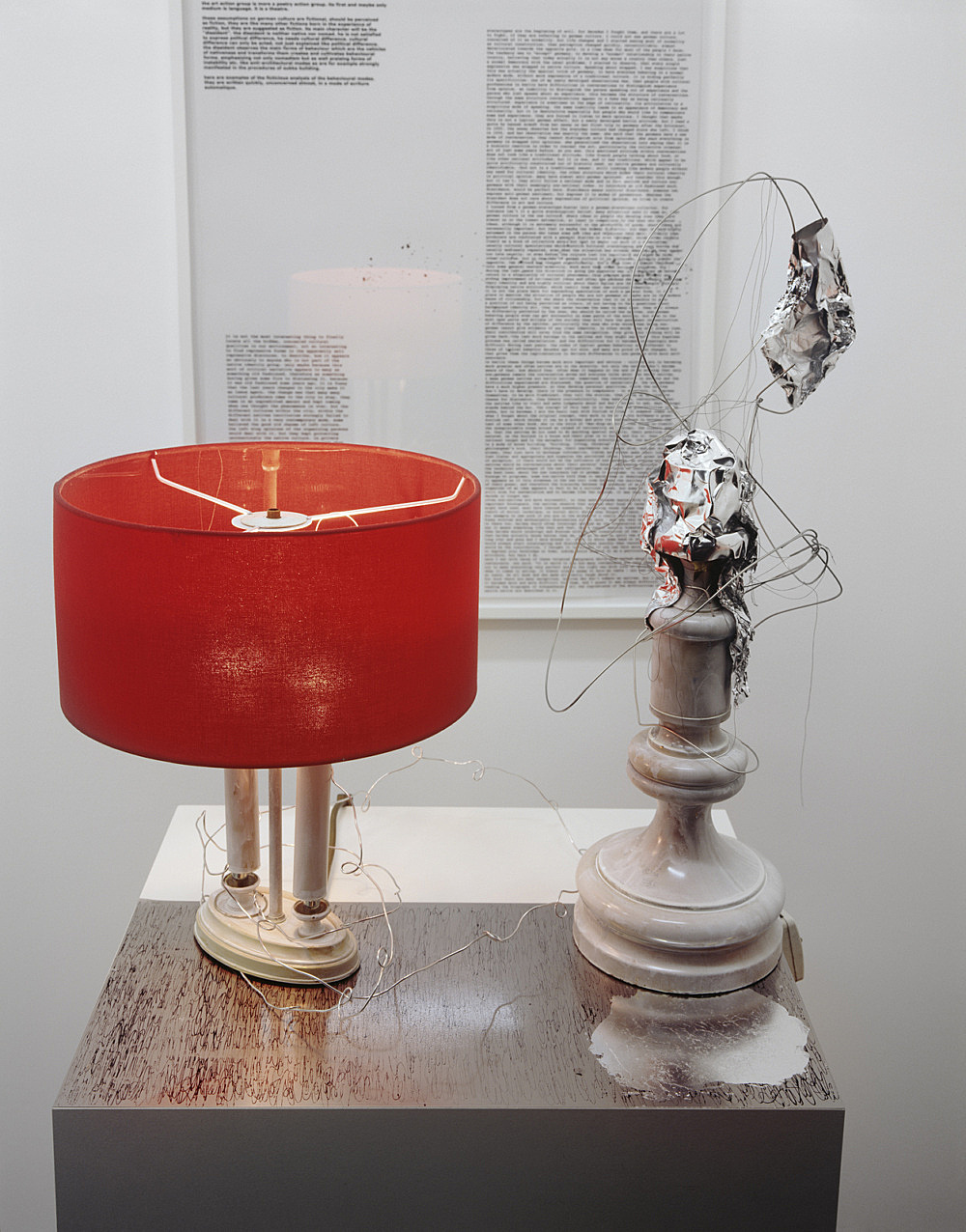 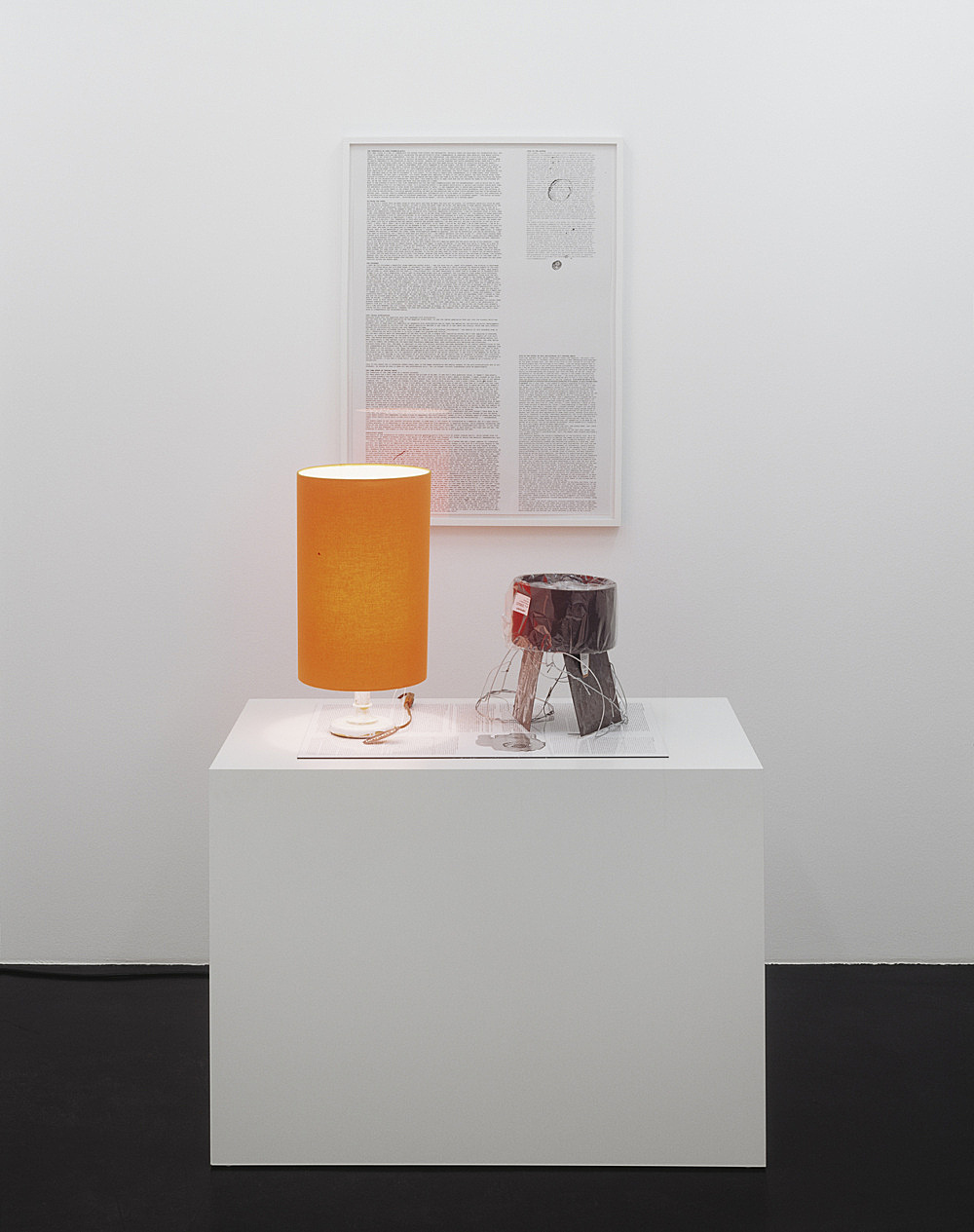 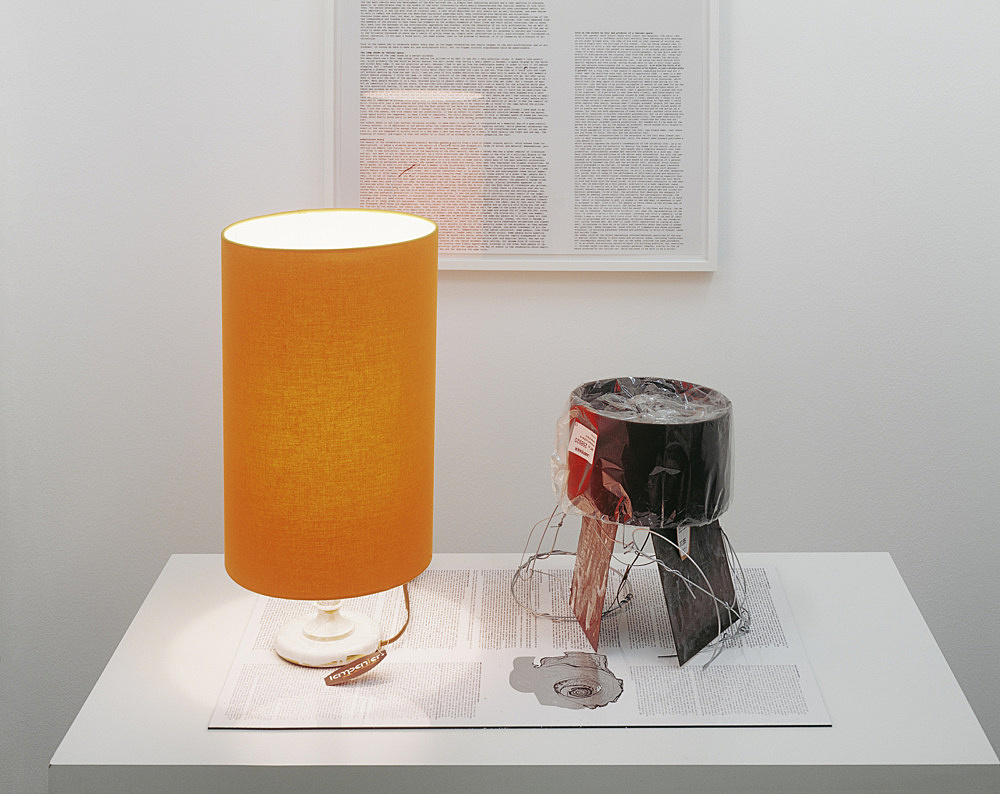 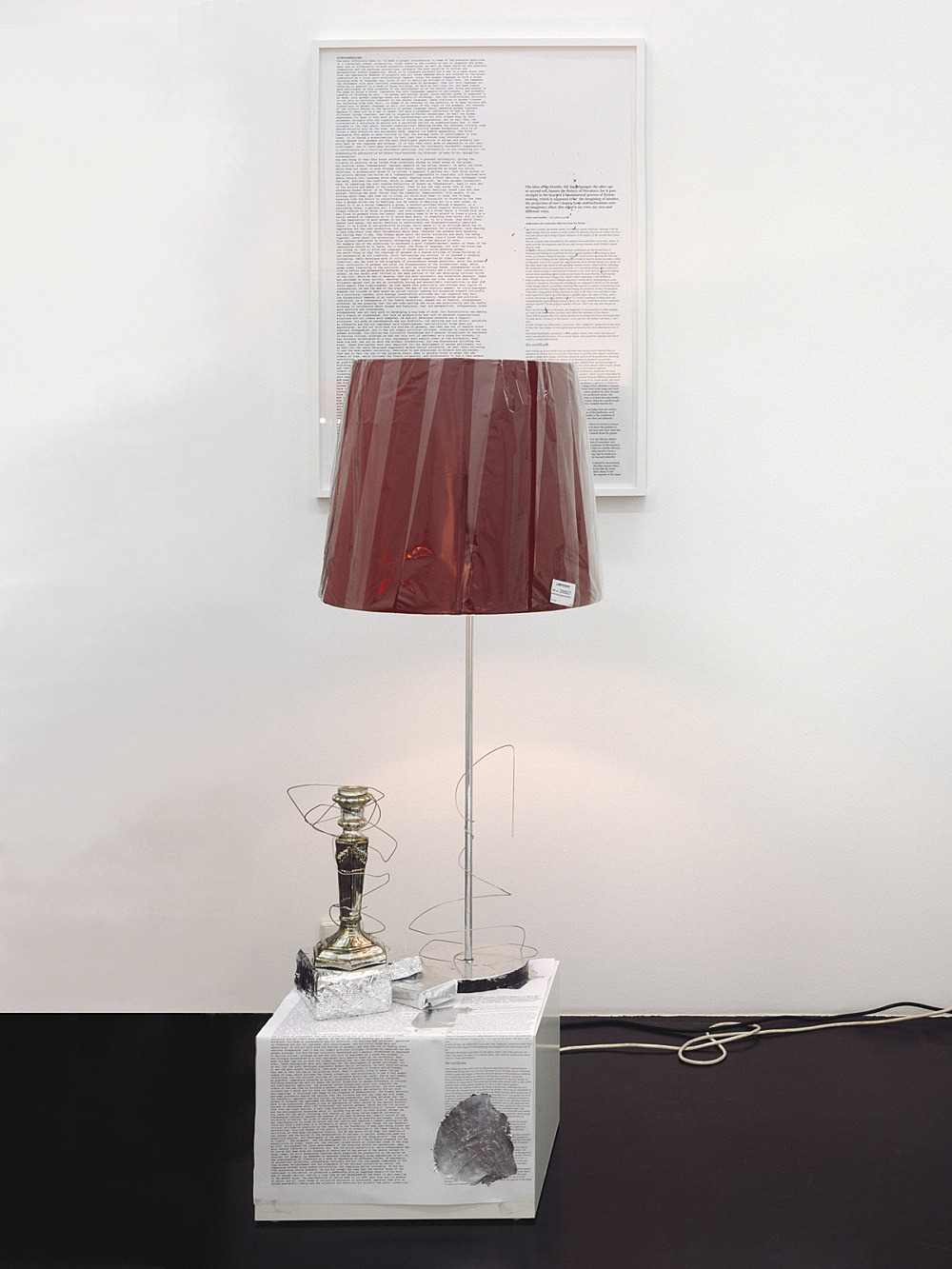 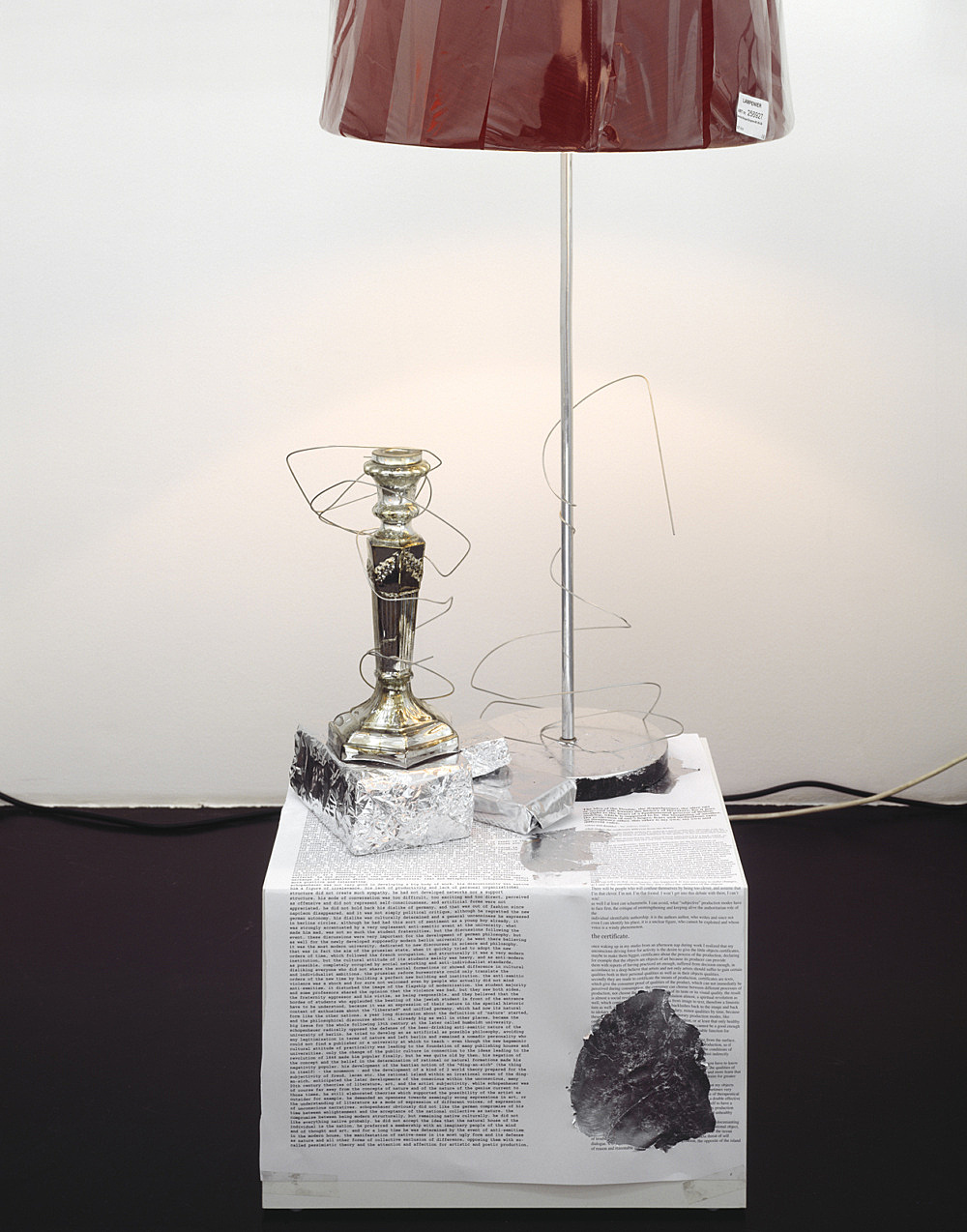 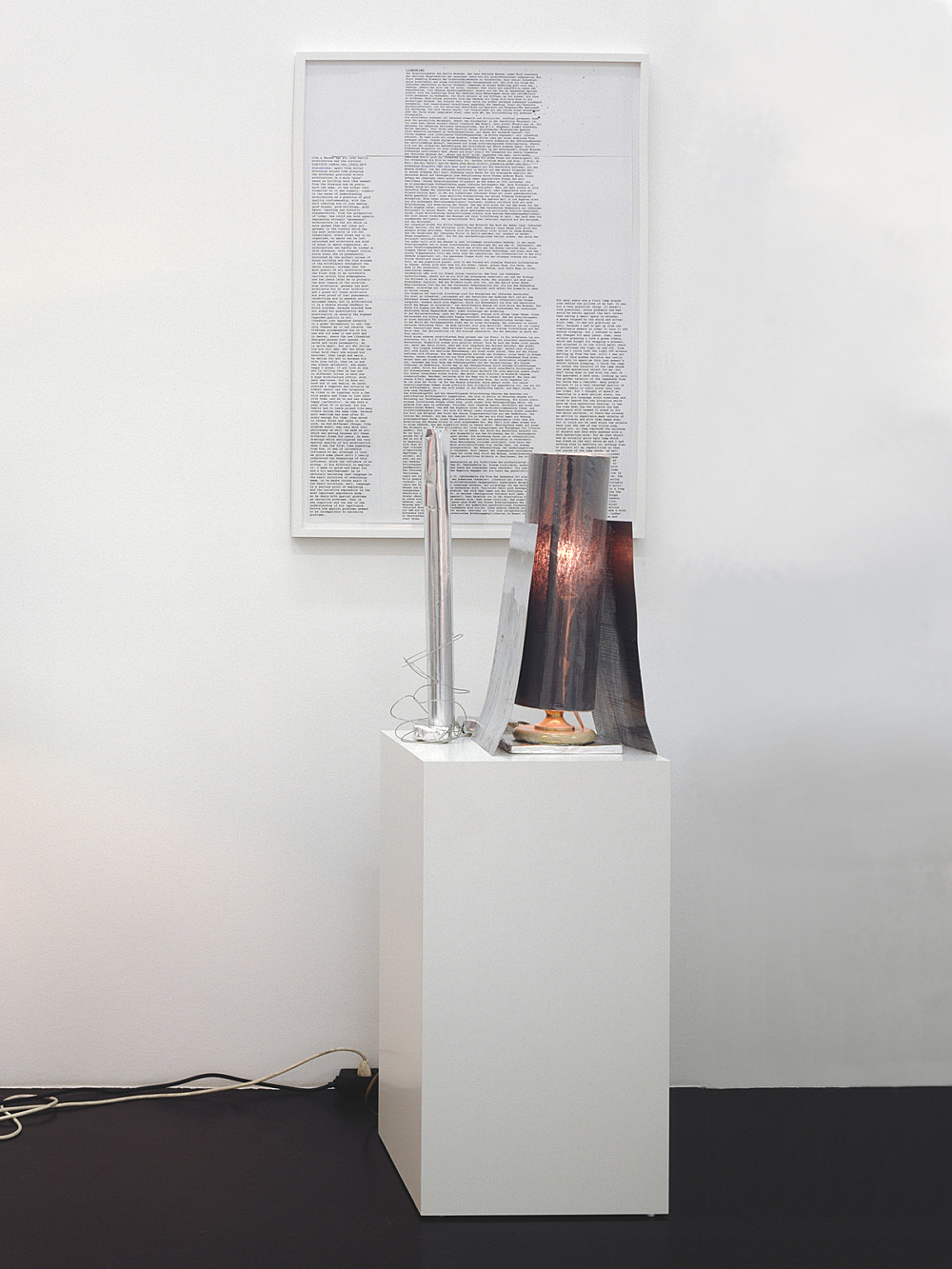 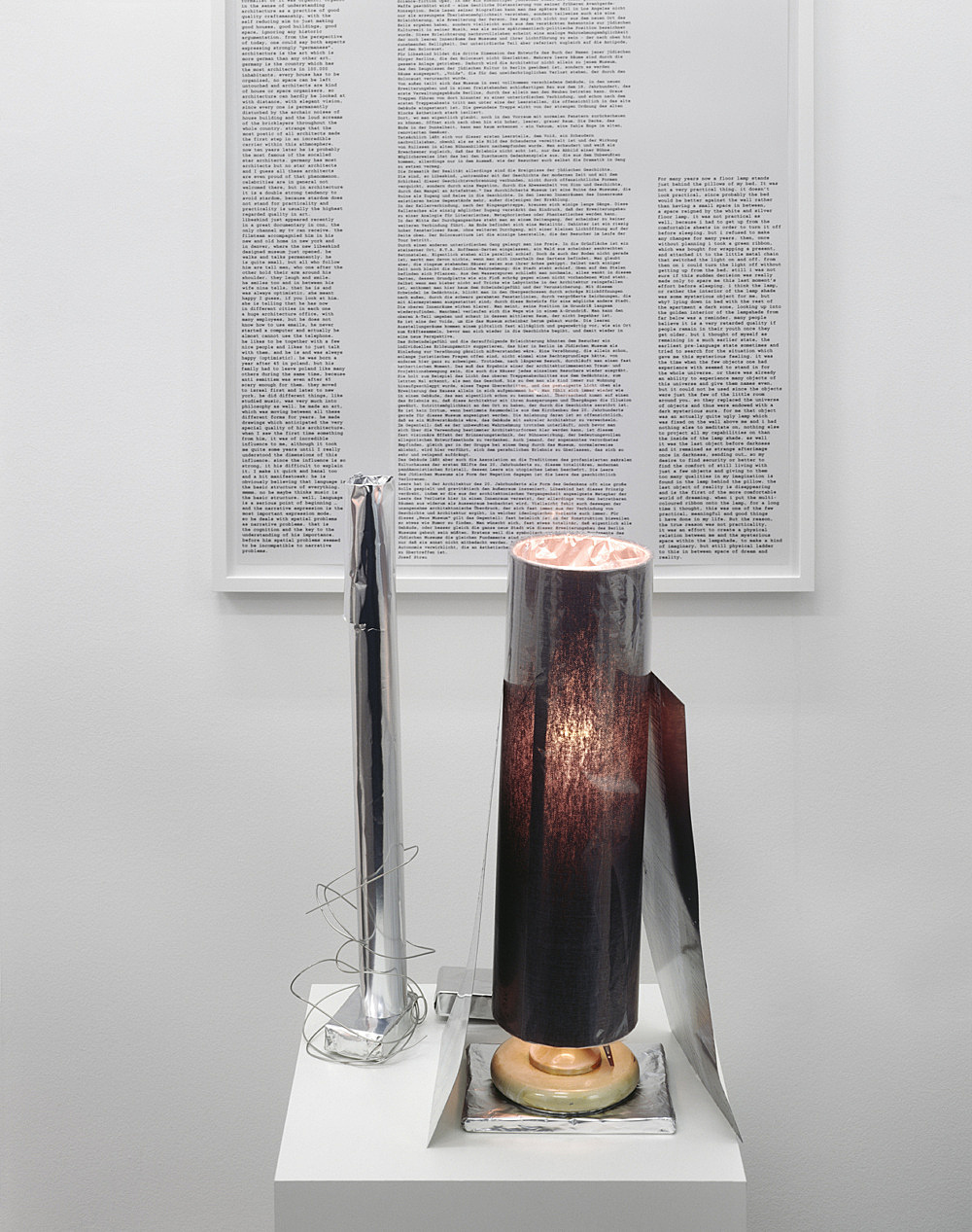