Sergej Jensen’s first well-known works from the early 2000s seemed to eschew the additive application of medium to surface, and instead were comprised of found textiles stitched and sewn together to form abstractions, often with only subtly applied elements or subtractive materials such as bleach. They foregrounded the material qualities of the textiles themselves: their texture, weave, fibrousness, and their warp and weft, as well as residual marks accumulated through their circulation. While at first glance visually sparse, even evacuated, closer inspection of their surfaces reveals a subtle, incidental opulence, like a deliberately uncolored, unfun psychedelia.

In his new work for this exhibition, Jensen has returned to a mode of abstraction through works consisting of sewn-together fabrics, with a distinct monochromatic application of paint. This time, the fabrics that he uses (and that he emphatically designates with the title of the exhibition) are of a different order: far from the muted linens and muslins of his early pieces, the new textiles are extreme in their tactility and appearance, frequently featuring technical, dazzling elements such as metallic fibers and sequins, giving their surfaces an optically iridescent quality. In addition to the intricacy of the textiles themselves, Jensen has wrapped and layered textiles upon one another, allowing for the interplay of weaves and textures, and the passage and filtering of light. Alongside the layering, paint is applied to set tones and luminosity; certain sections of textiles are overpainted, seemingly muting the textiles’ extreme reflective qualities with matte hues. The resulting works have a remote, minimal, yet electric effect, presenting themselves as opaque even if translucent, with a material and cognitive shimmer.

The opening of the exhibition was accompanied by recordings made by Sergej Jensen and Magnus Schaefer between 2016 and 2018. 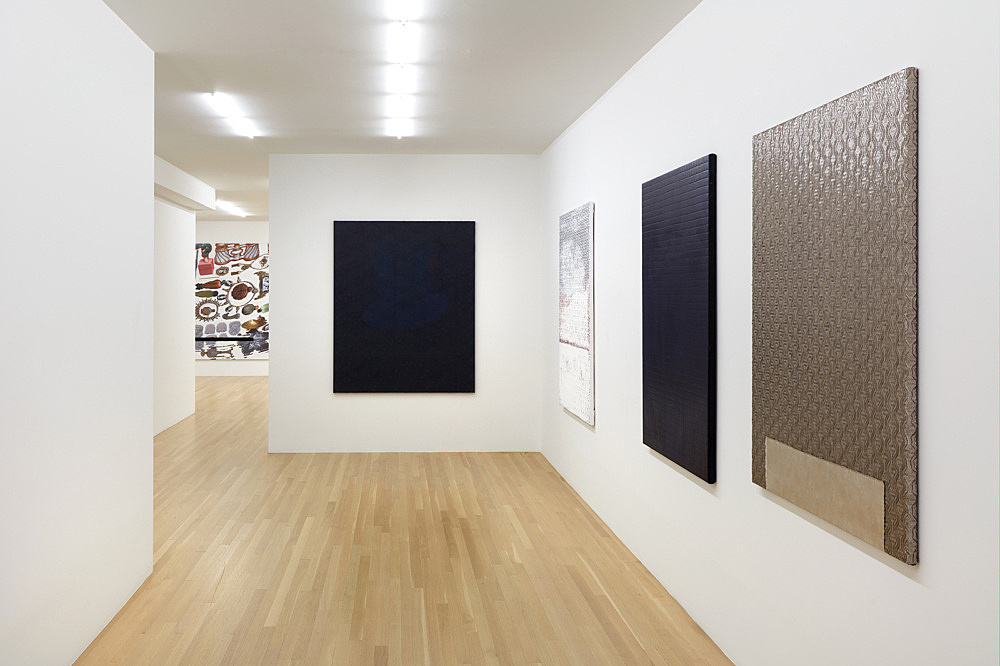 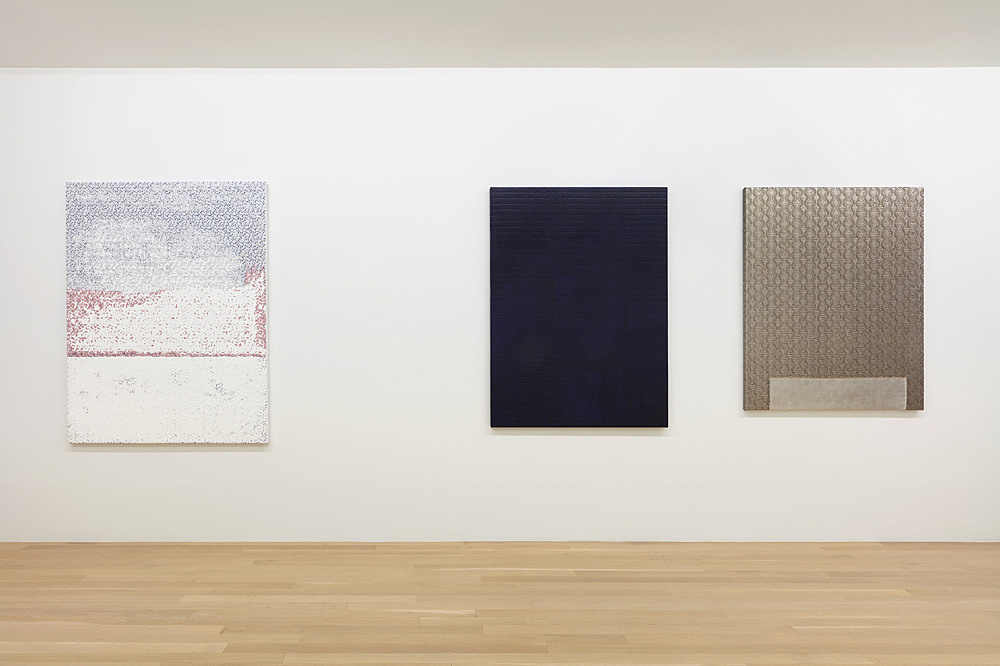 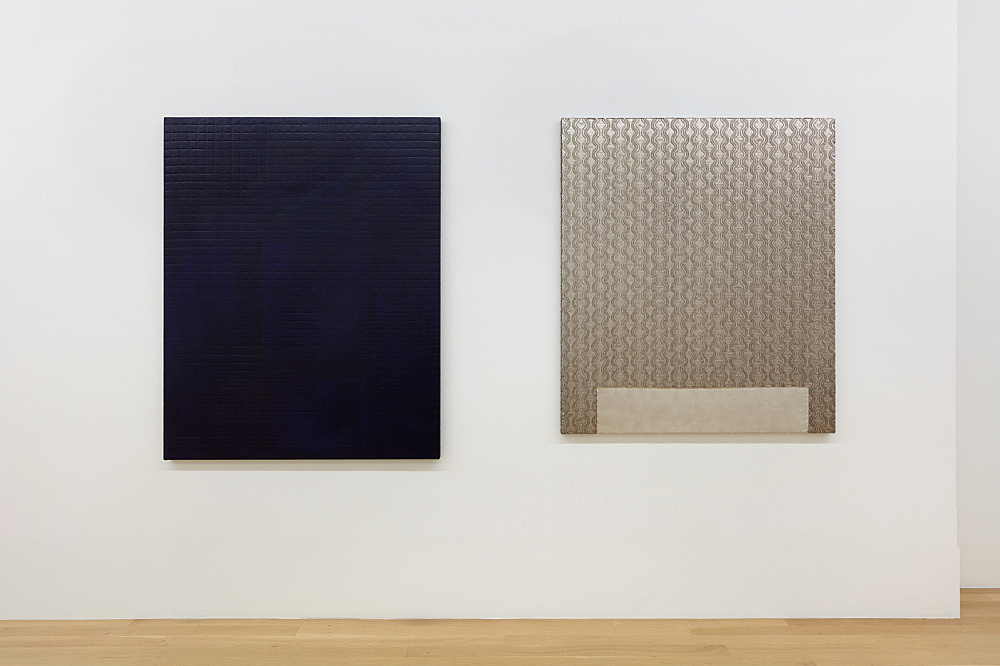 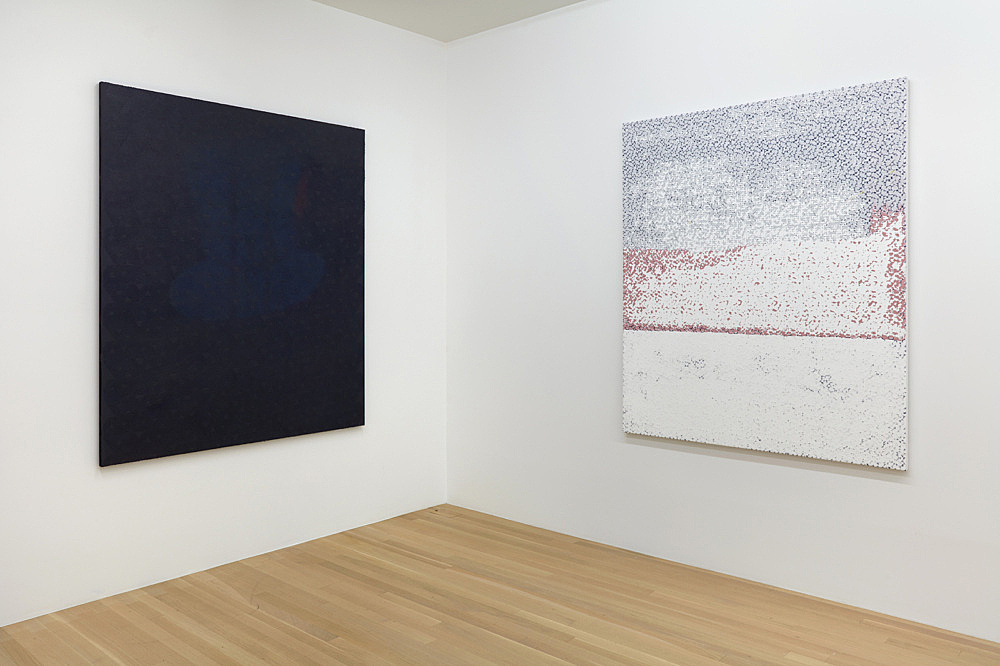 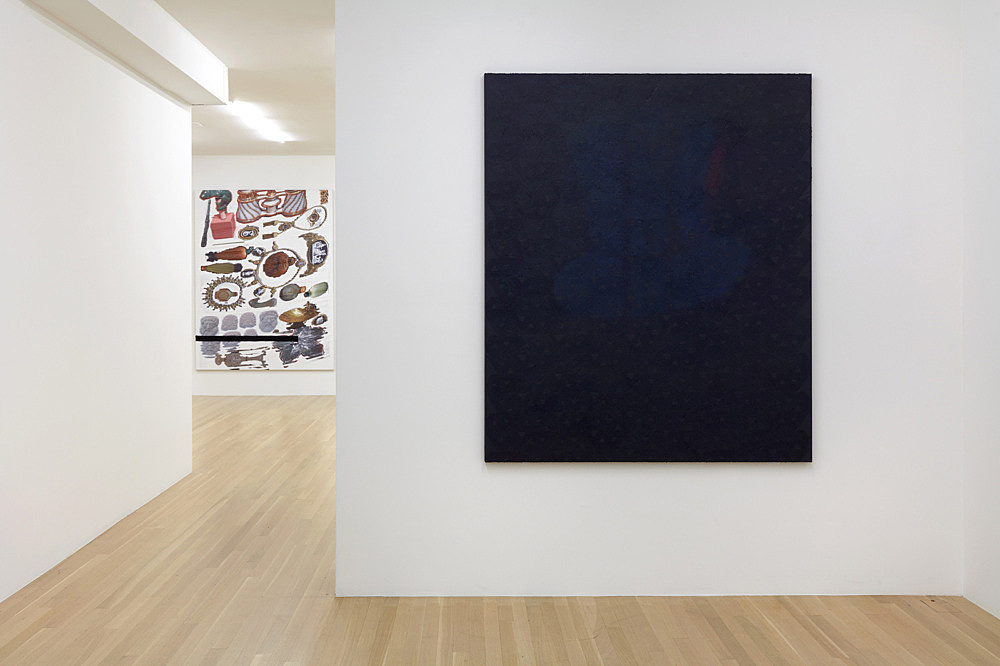 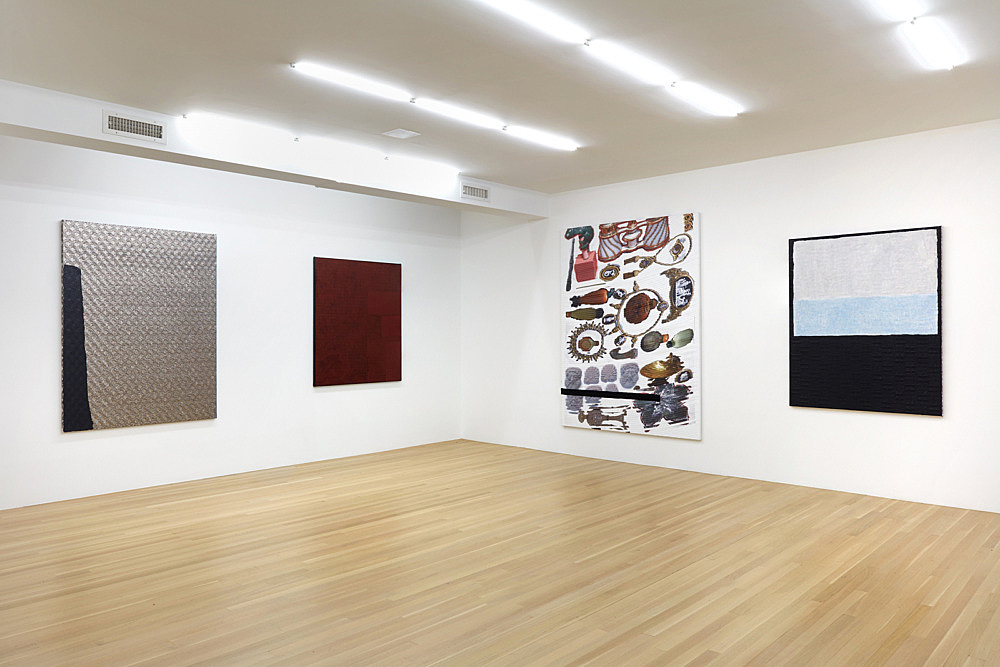 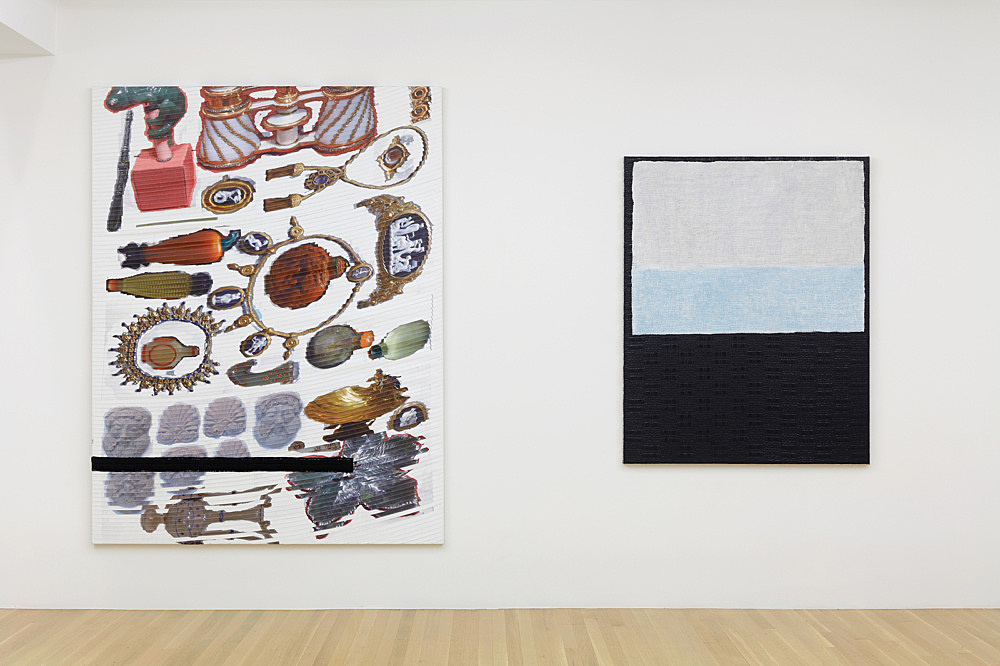 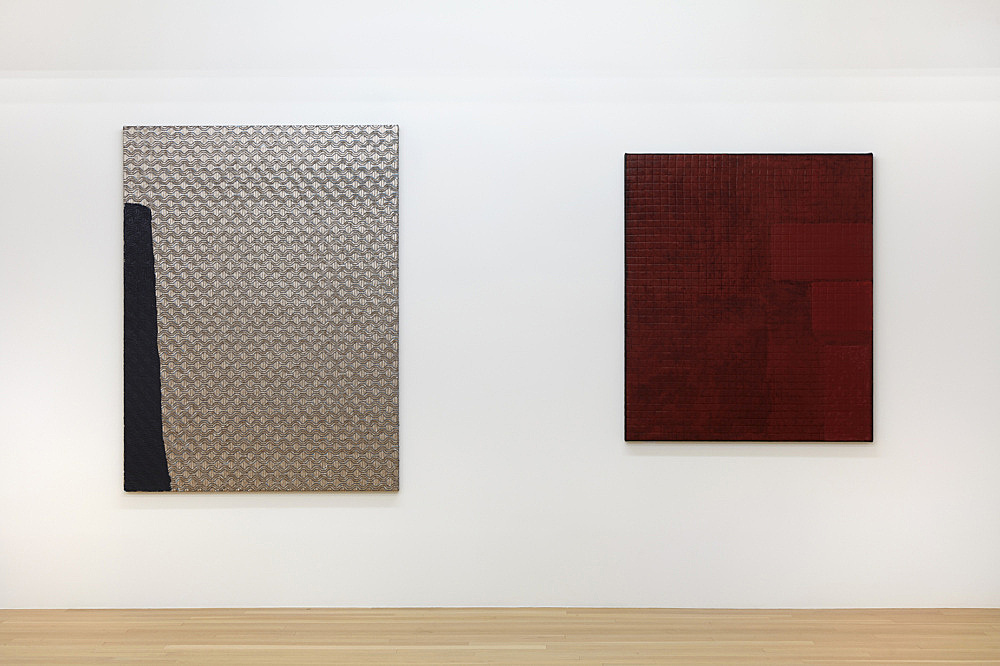 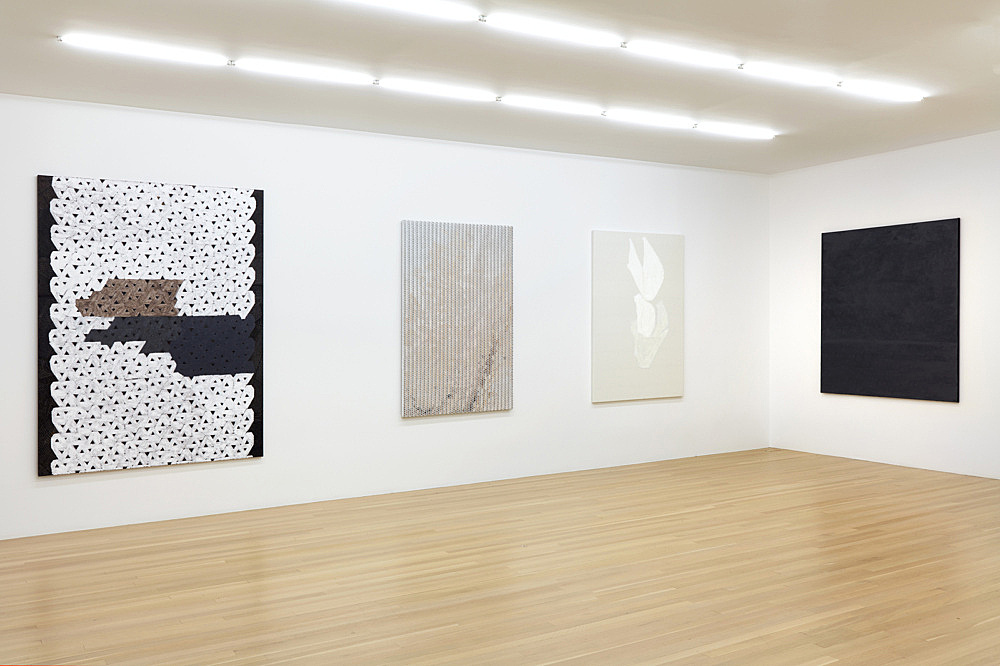 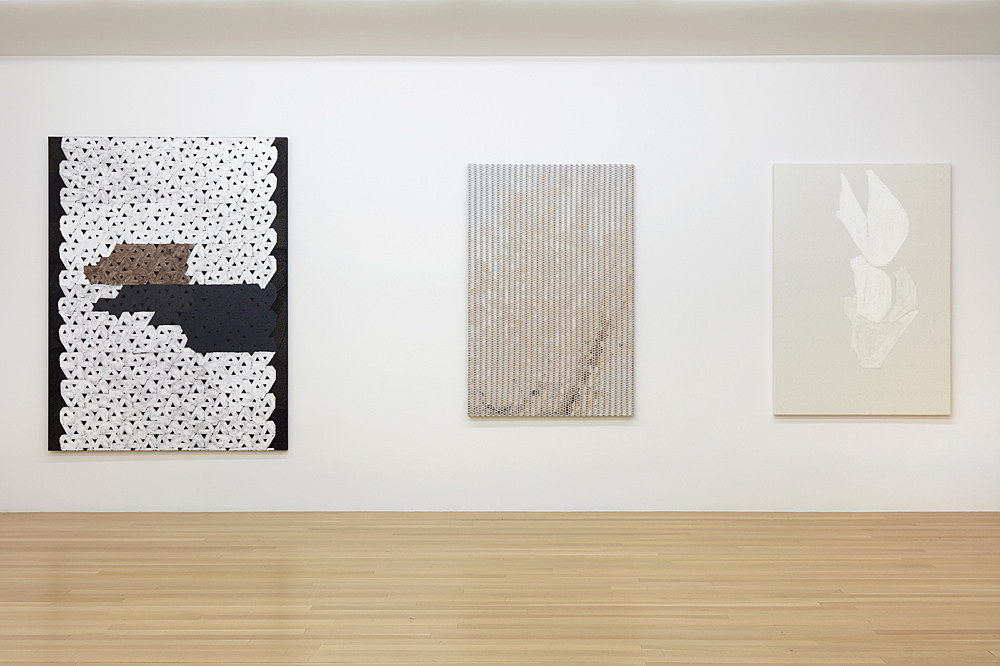 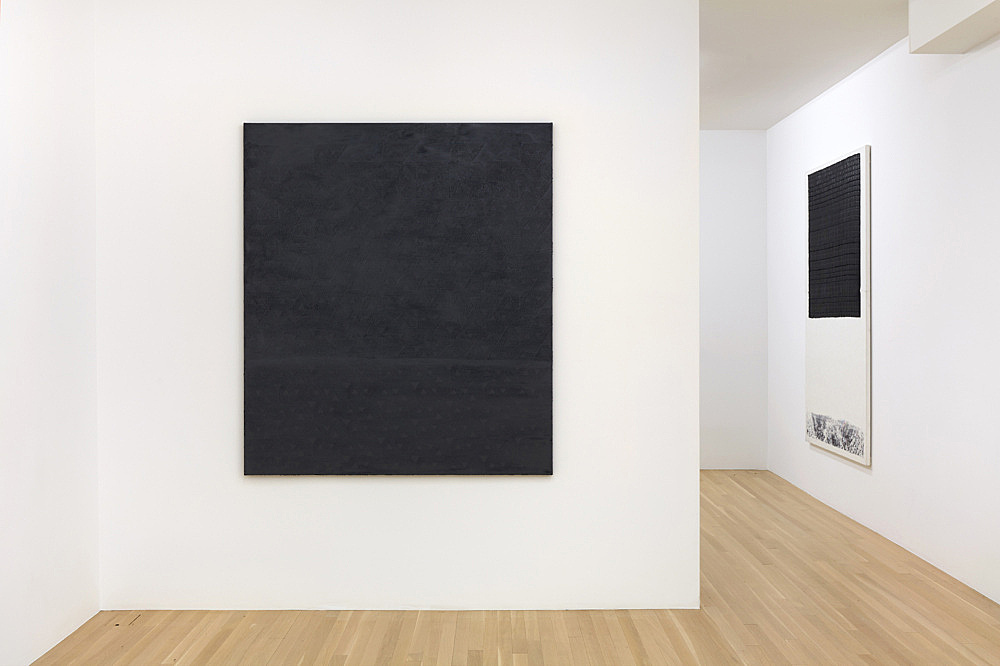 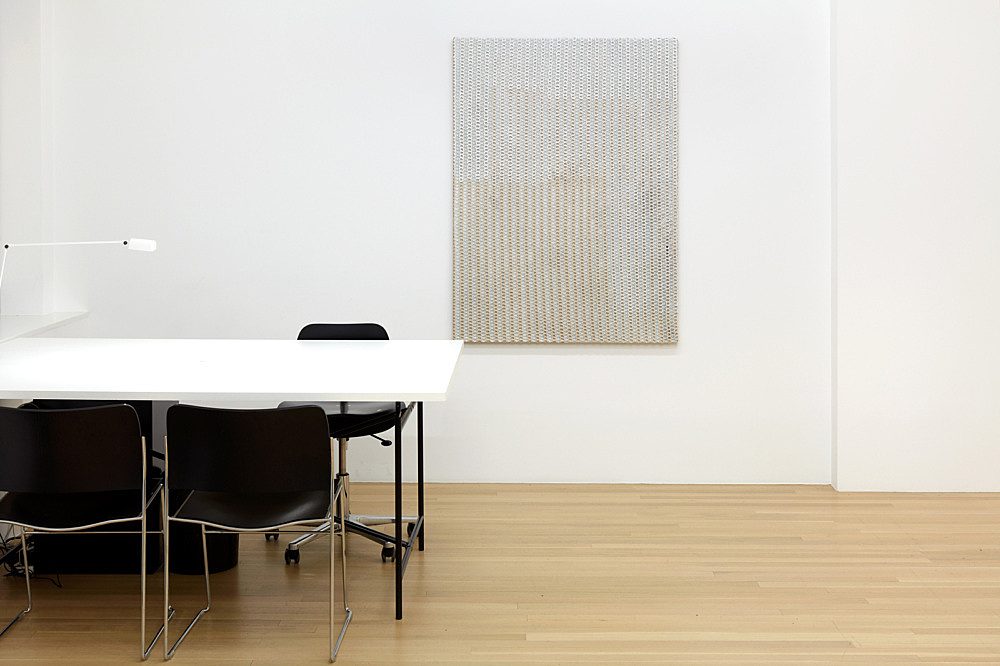 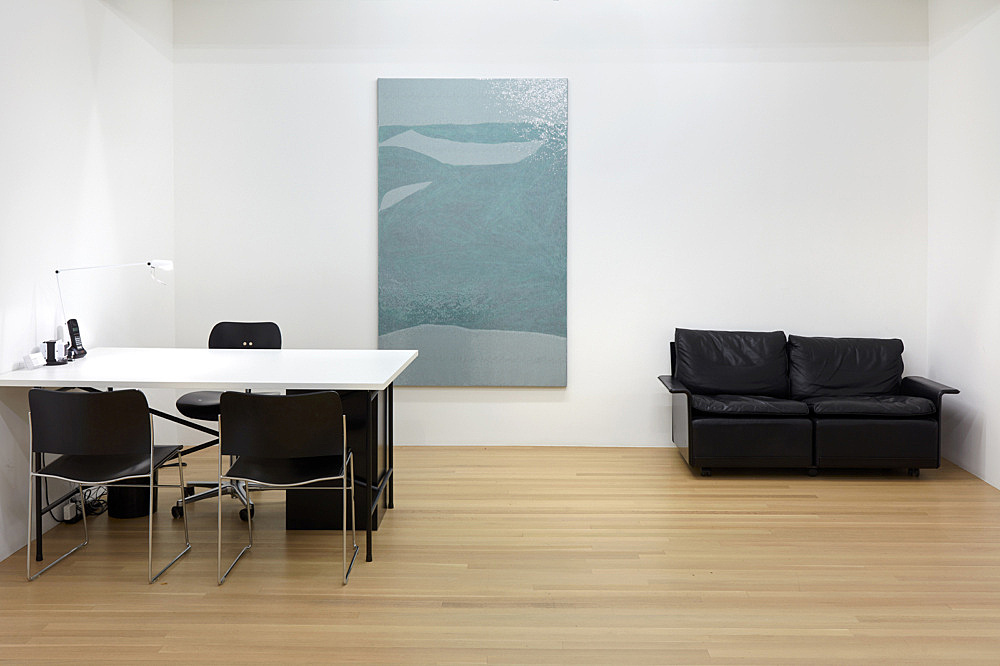