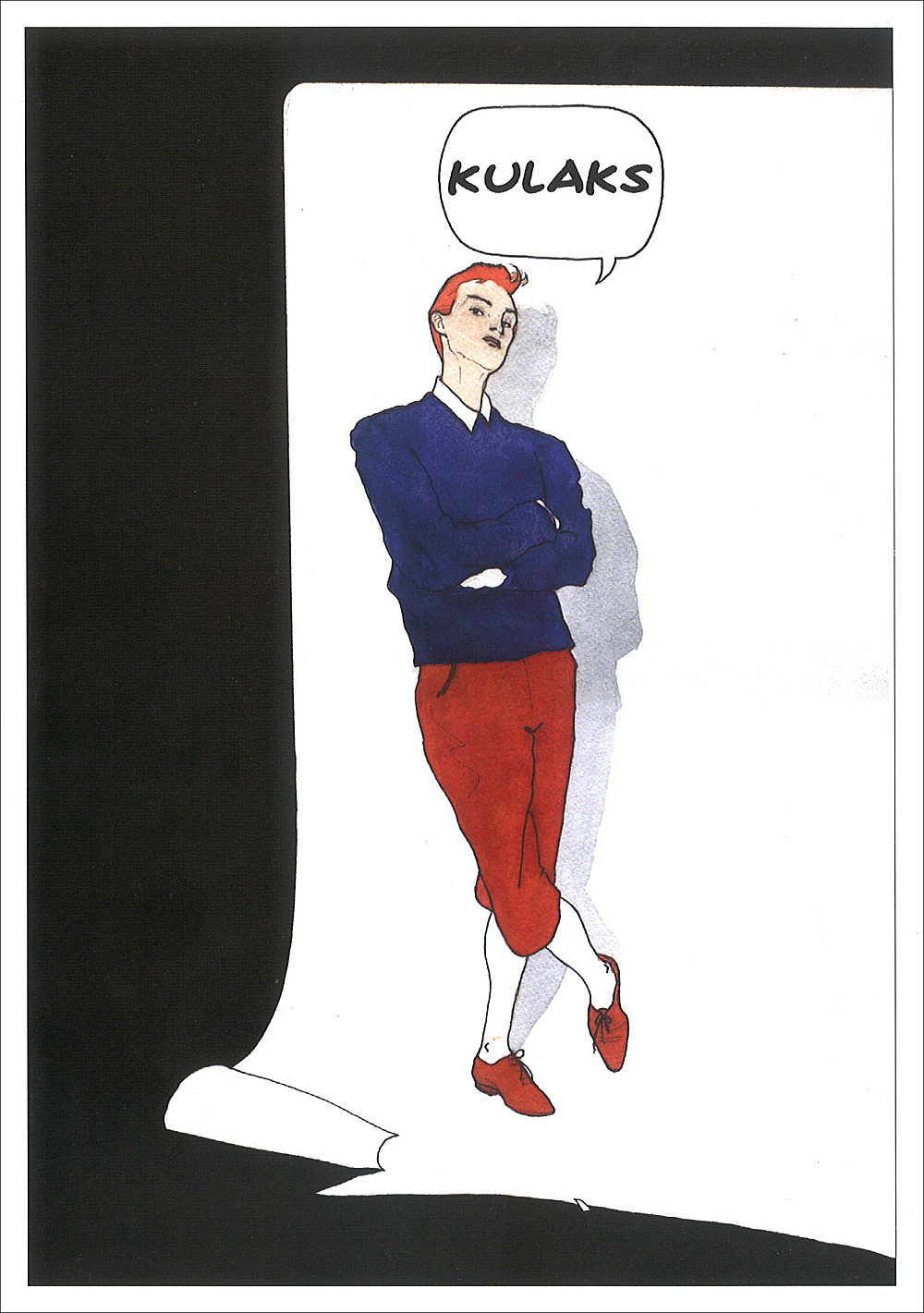 McKenzie has been asked, along with several other artists, by the Kunstverein in Dusseldorf to produce a proposal for a piece of public art for the city. It is this that gives Kulaks its raison d’etre. Galerie Daniel Buchholz becomes a test site in which the artist experiments with the both the physicality and psychology of this undertaking, using the context of a commercial gallery exhibition to mediate between the privacy of studio practice and the civic and social world.

The proposed art work is a mural. In a cartoon-like, illustrated piece of antiquated advertising for a fictional deodorant, in a non-existent language, a groovy girl has her armpit hair eaten by a coterie of entranced male admirers. It is to be executed on a wall in the newly developed harbour area, opposite the entrance to a chic bar. By placing an anachronistic image so at odds with the processes of gentrification in such close proximity to a place synonymous with it, McKenzie hopes to see how exactly contemporary art can use the means it has at its disposal to disrupt, or at least disconcert these processes. She recognises the tendancy of advertising to adopt the tropes of protest, in this case the Womens Movement, to sell comodities, and uses it to negate the viewer; this type of image is usually intended to mirror womens desires. She also hopes to underscore the equal importance in the urban landscape of advertising, vandalism and graffitti along side public art.

The installation in Galerie Daniel Buchholz consists of a large mock-up of the mural itself as well the structure of the setting in an attempt to closely recreate the psychology of the intended location, and the working process for the whole piece. Opposite to the mural dim neon suggests a bar or club, in which reproductions of Käthe Kollwitz drawings used in the german satire magazine Simplicissimus are shown. As a contentious and successfull public artst, McKenzie uses Kollwitz symbollically as someone who cannot be transformed by irony; her pathos is impervious to subversion. In the adjacent room a proposion of the reality of the general public is presented in the form of impersonal portraits of normal people. In counter to this are cartoon portraits, people over-imagined and represented.

“The title of the exhibition, Kulaks, references the powerful land owning Russian peasants who were the bane of the Bolsheviks, appeased with the NEP by Lenin. Because the art world really does have a community, with the powers to exclude or support, this can be easily misinterpreted as it being politically commited. It is pointless making annalogies between artists and peasants, but some artists more than others could be compared with kulaks.” 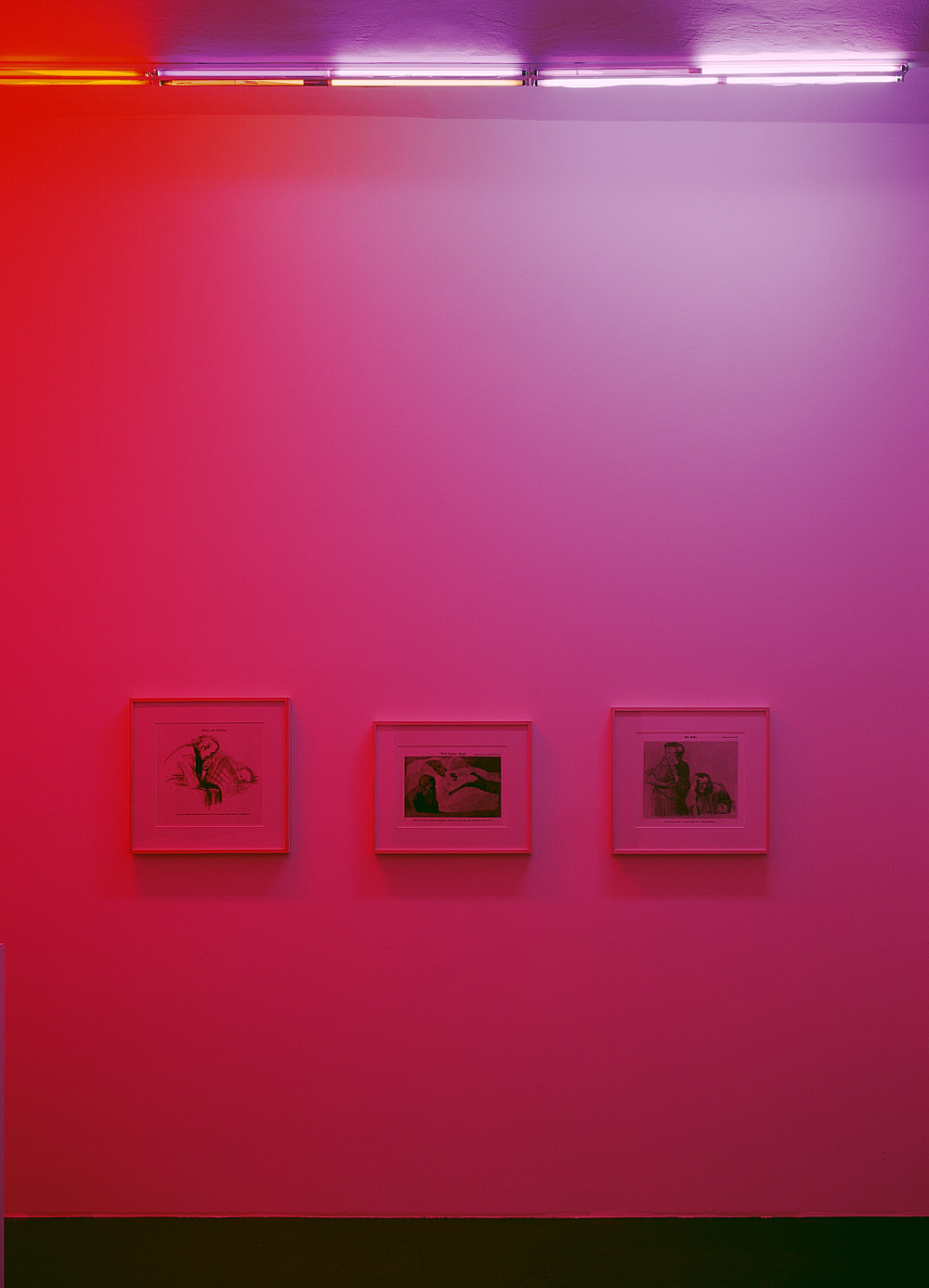 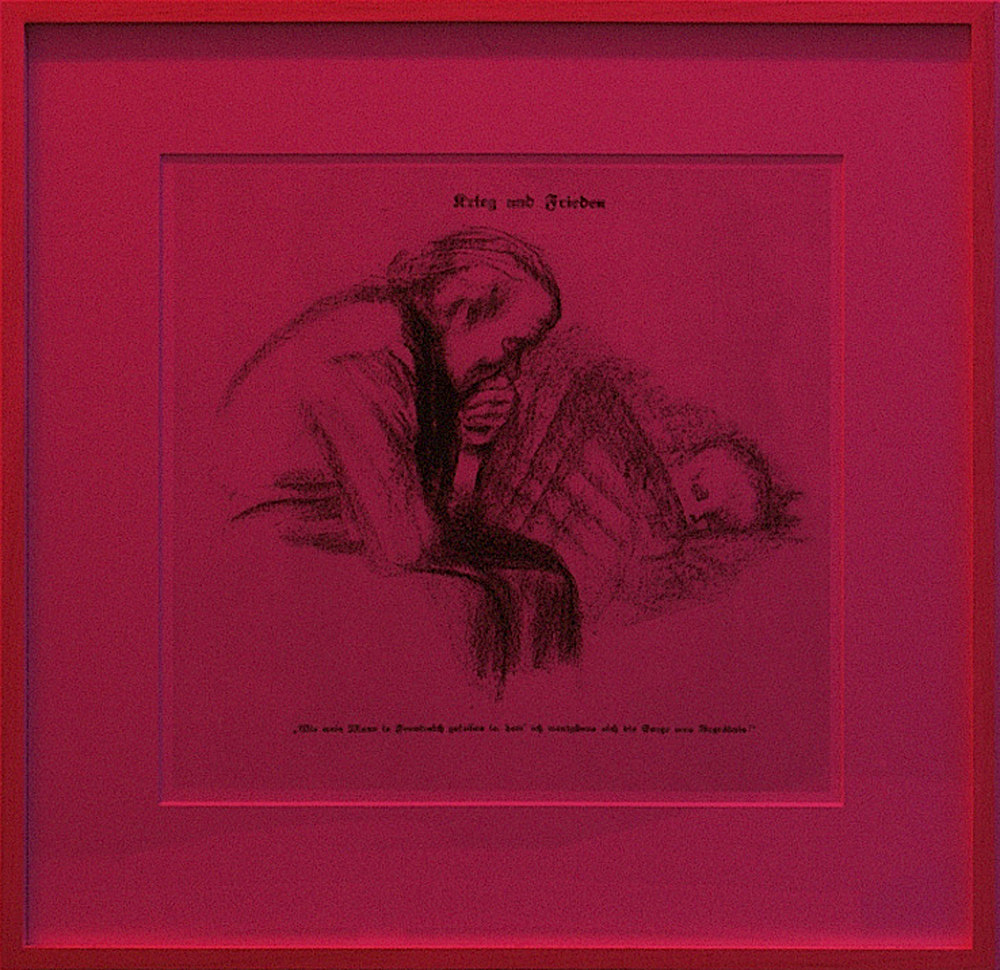 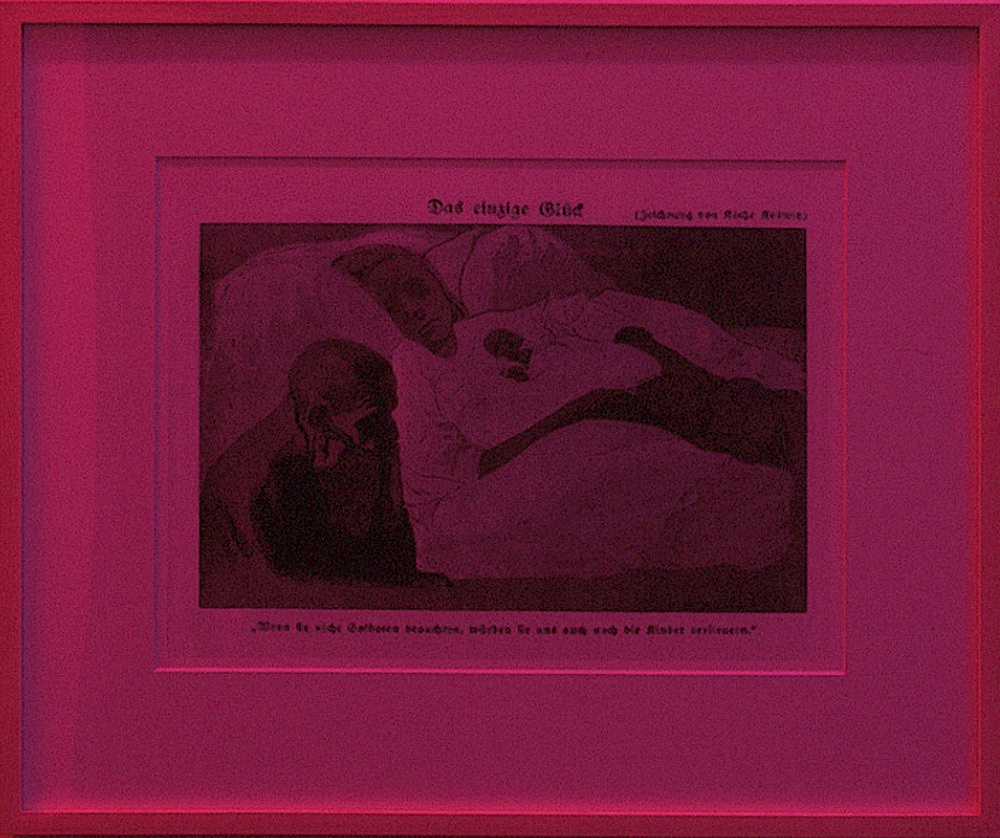 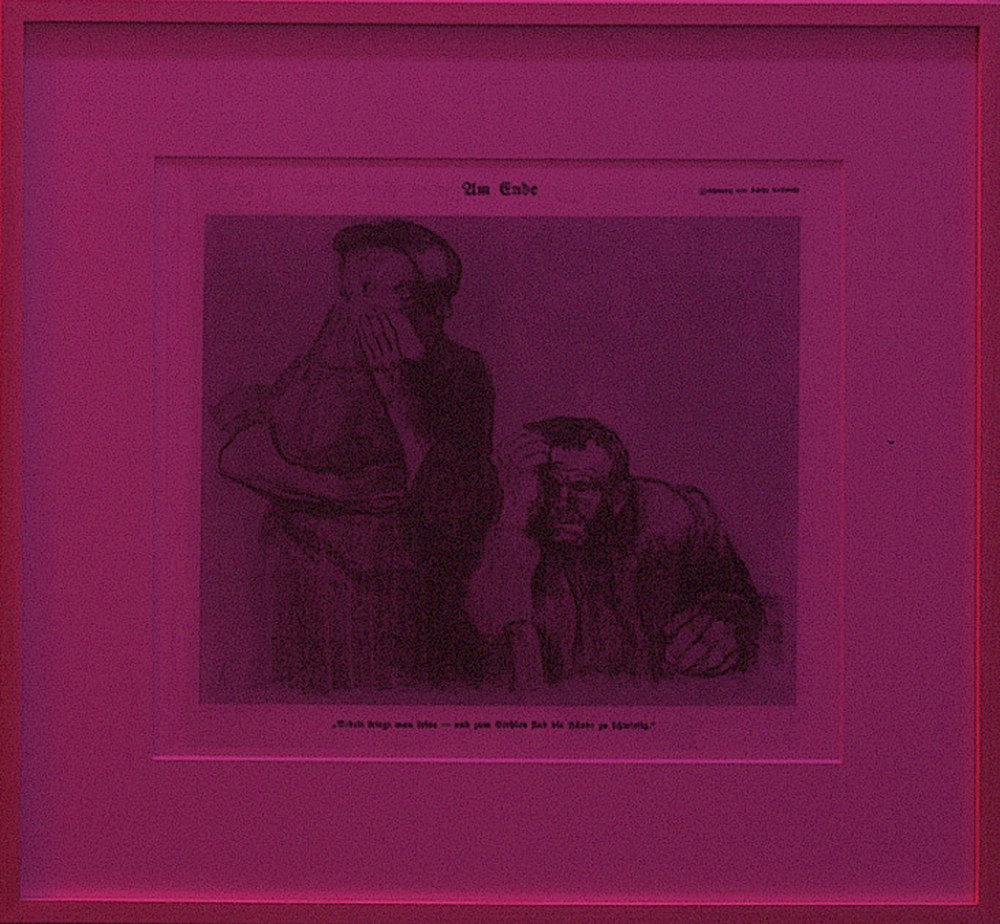 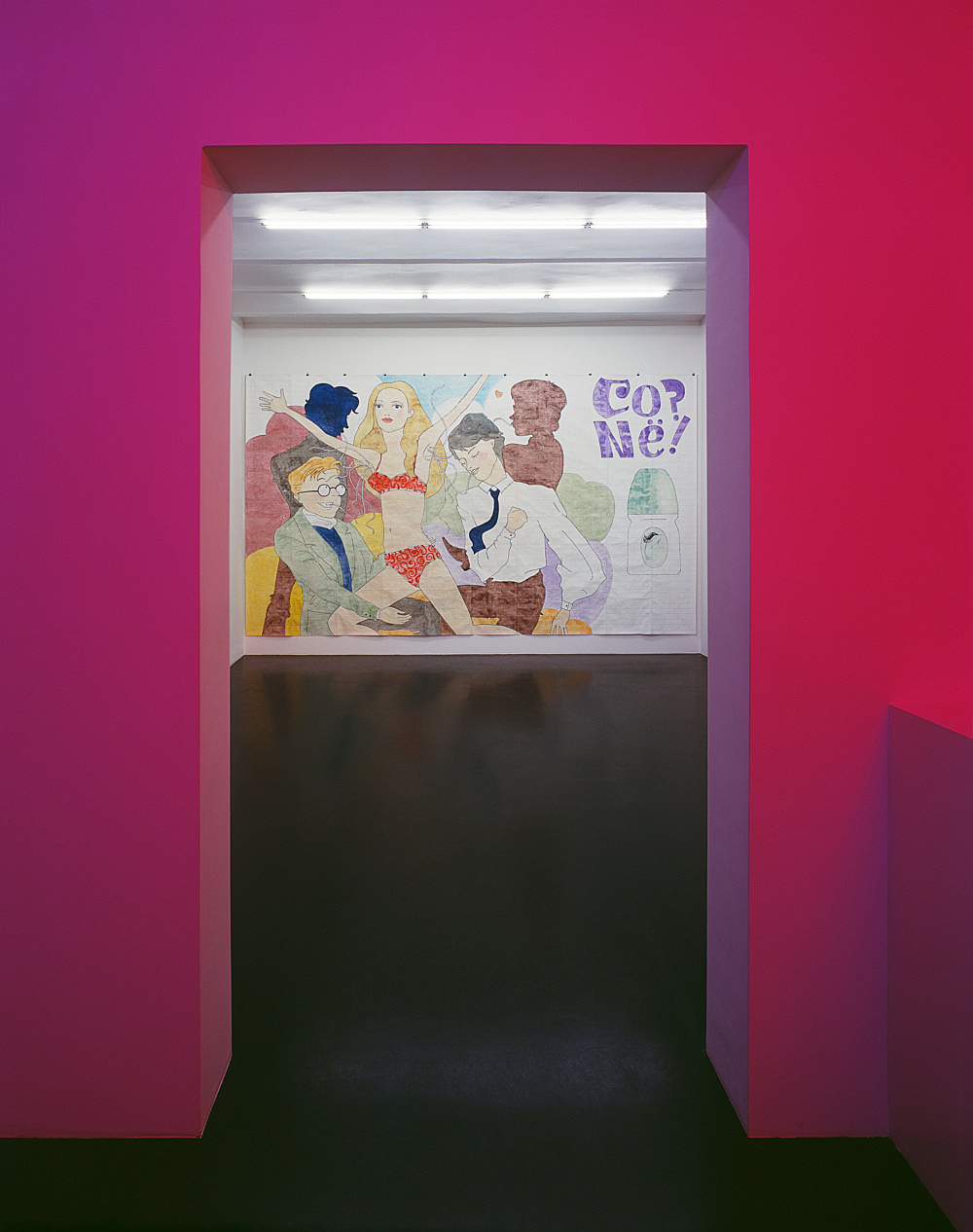 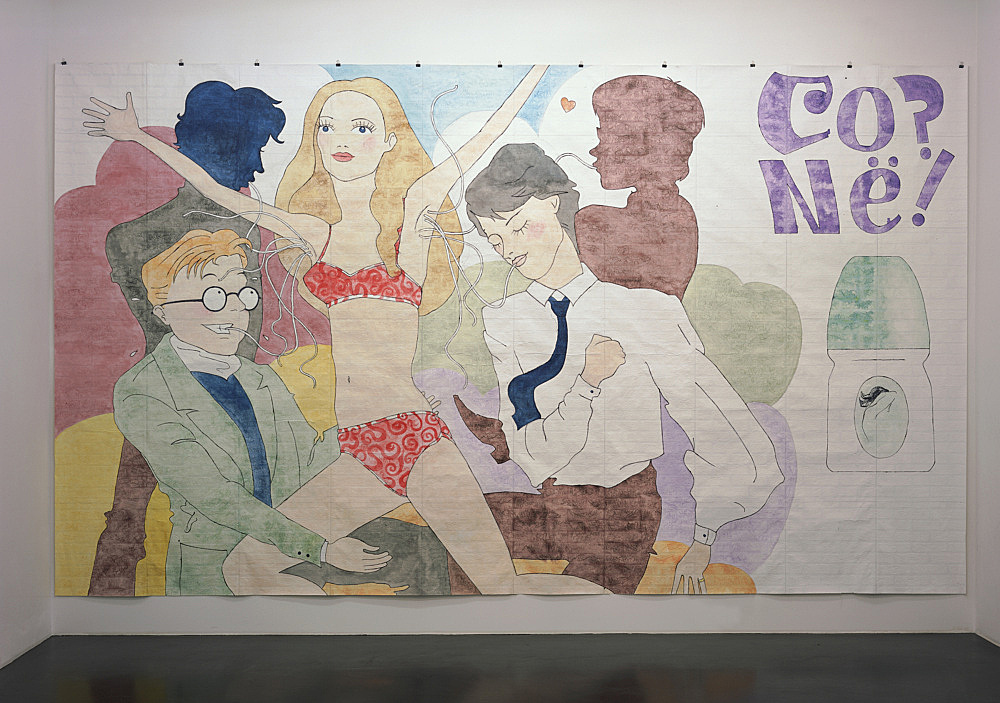 working material for “Co?Në!” in vitrine 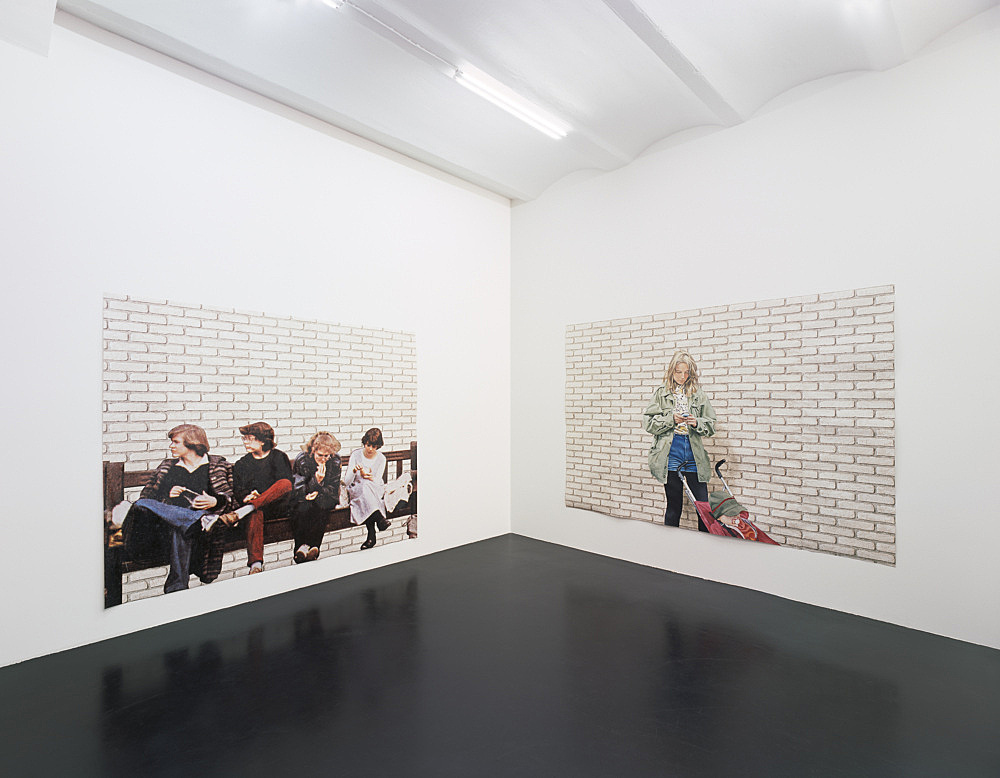 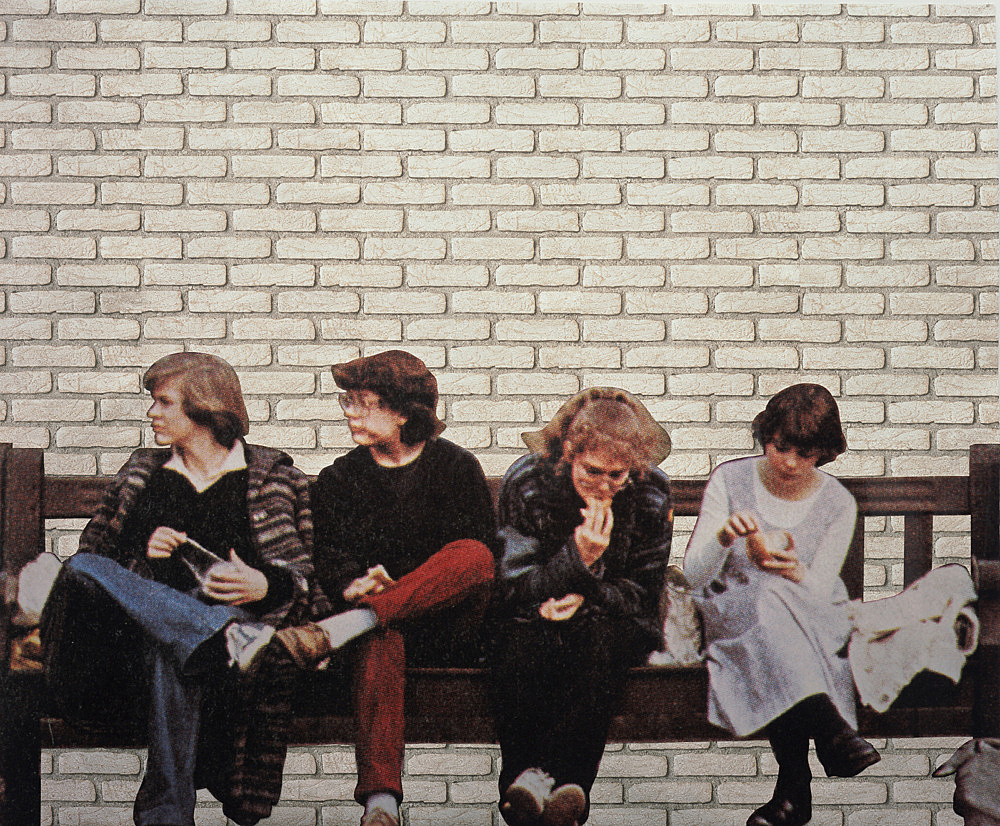 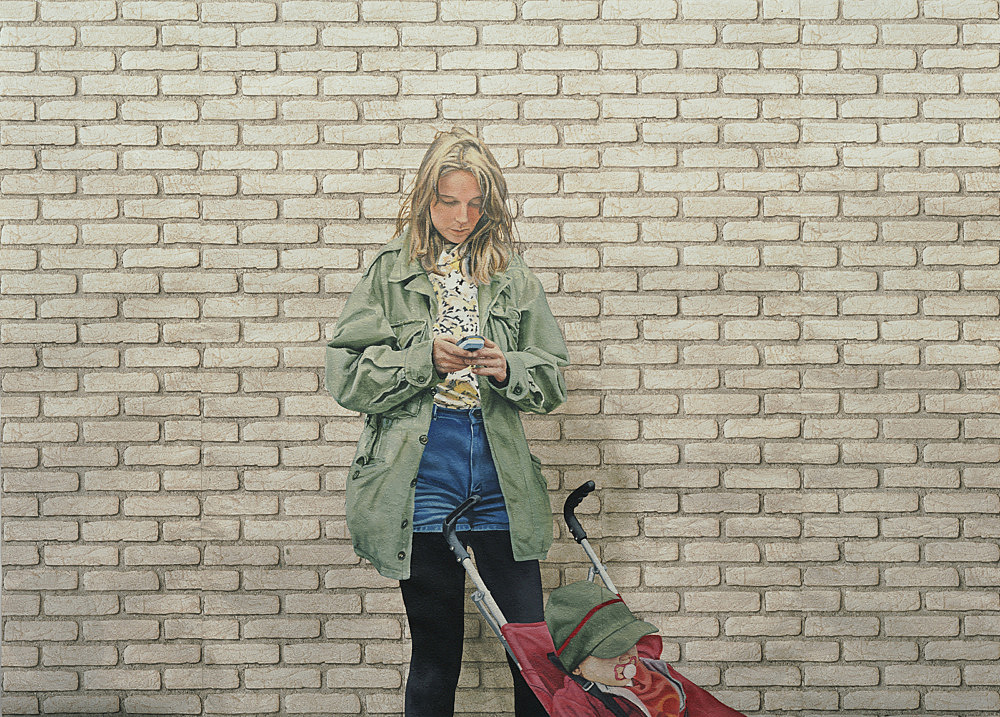 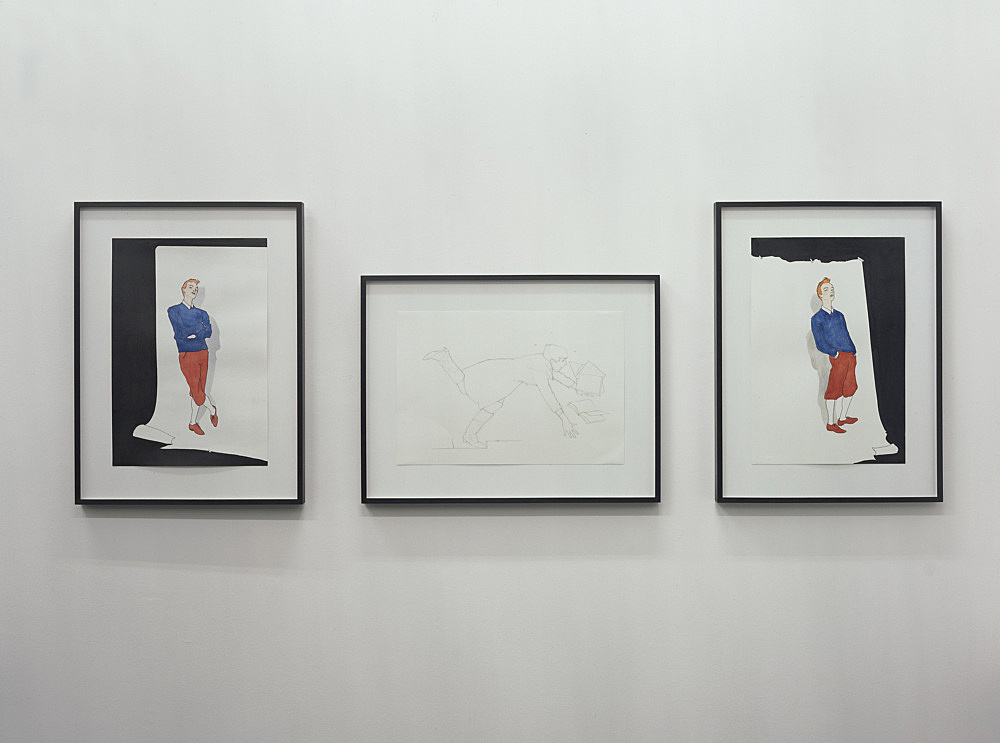 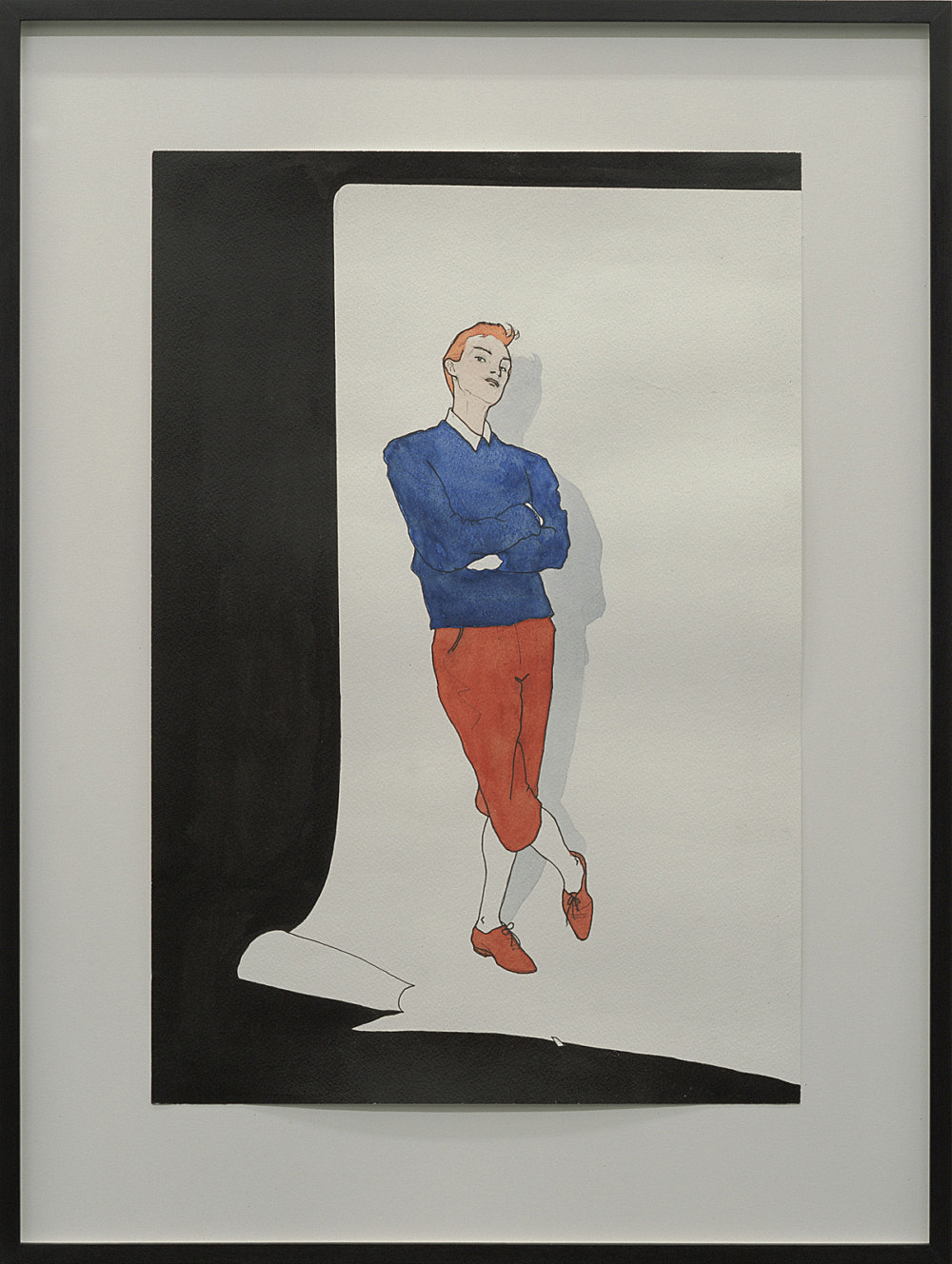 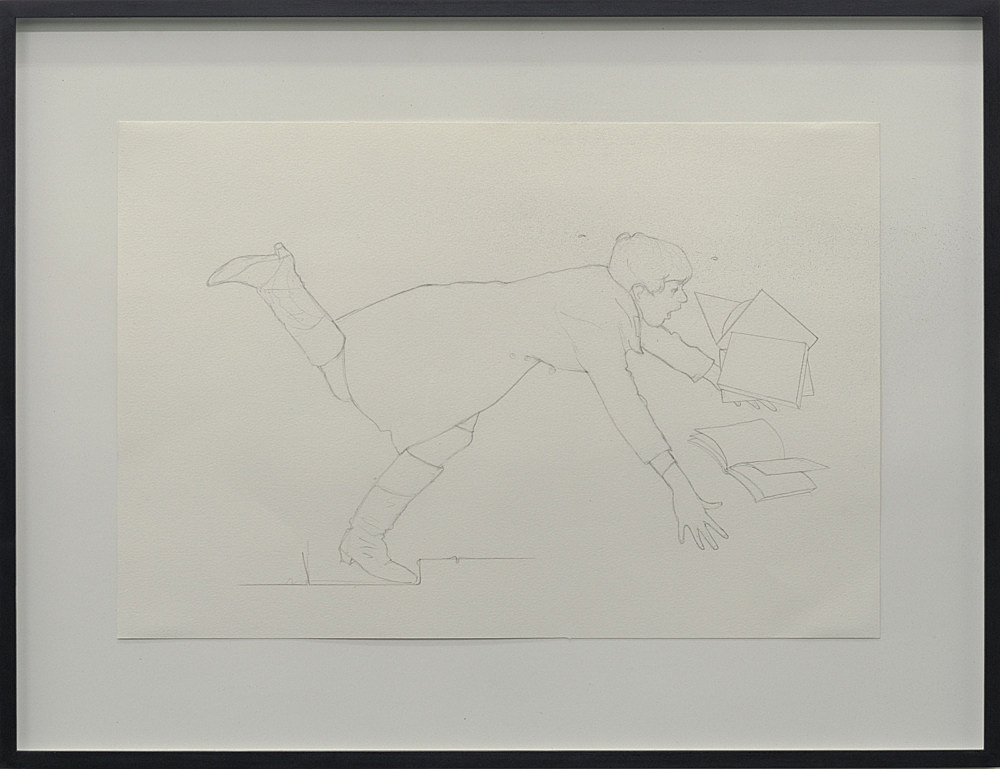 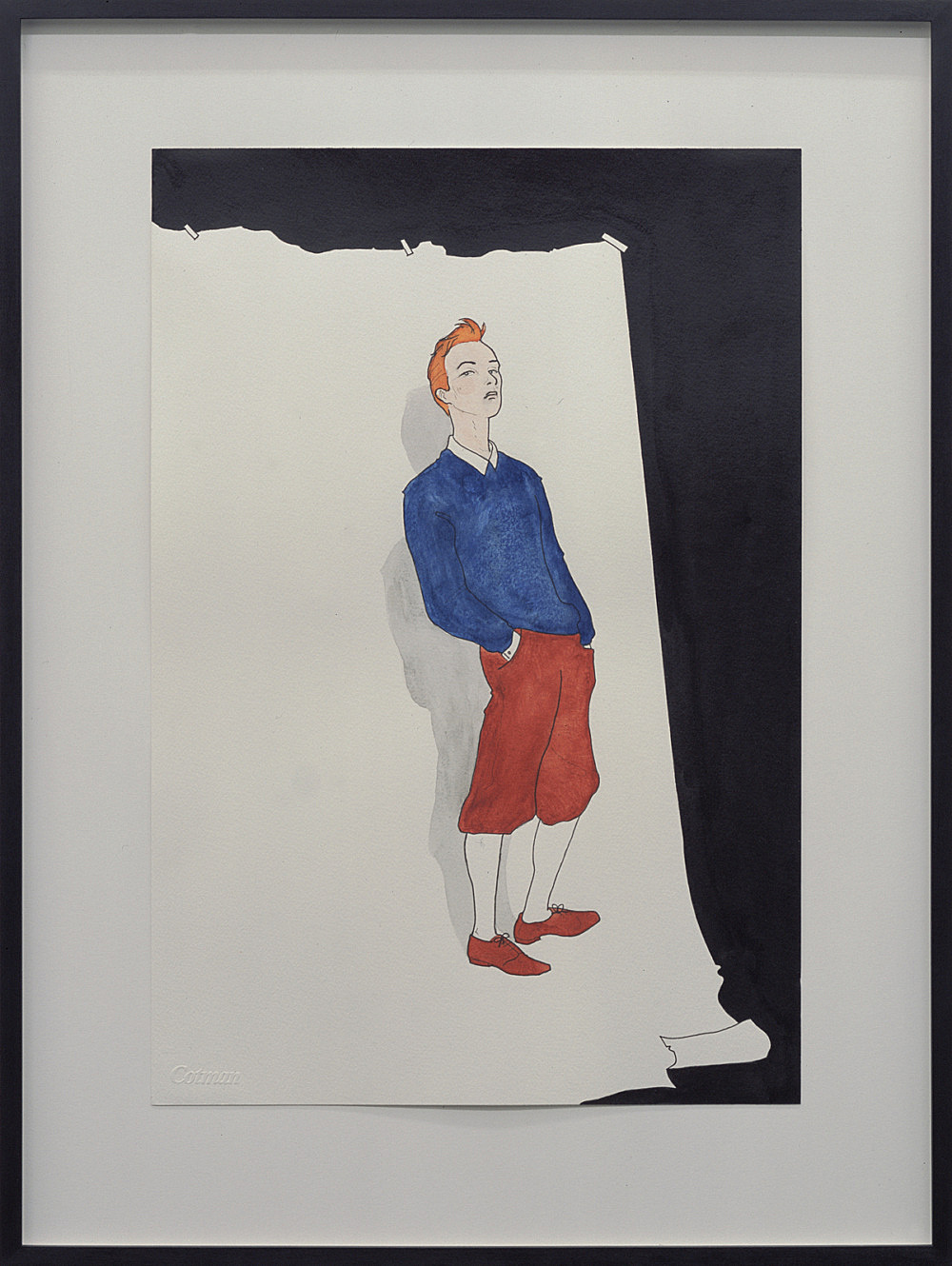 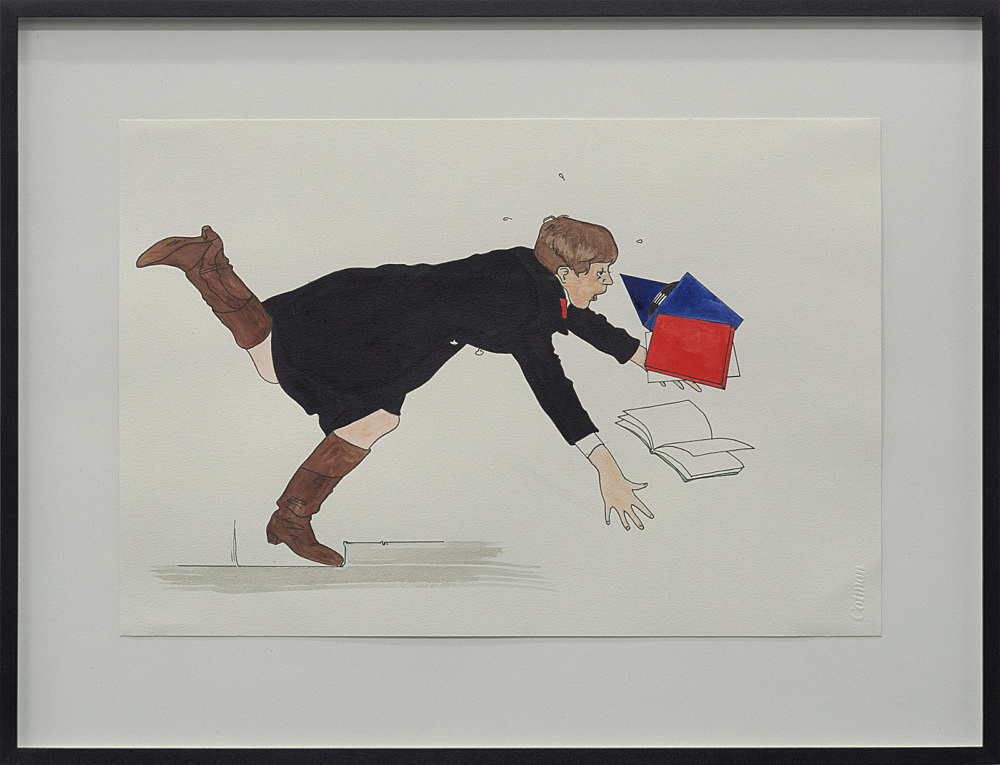