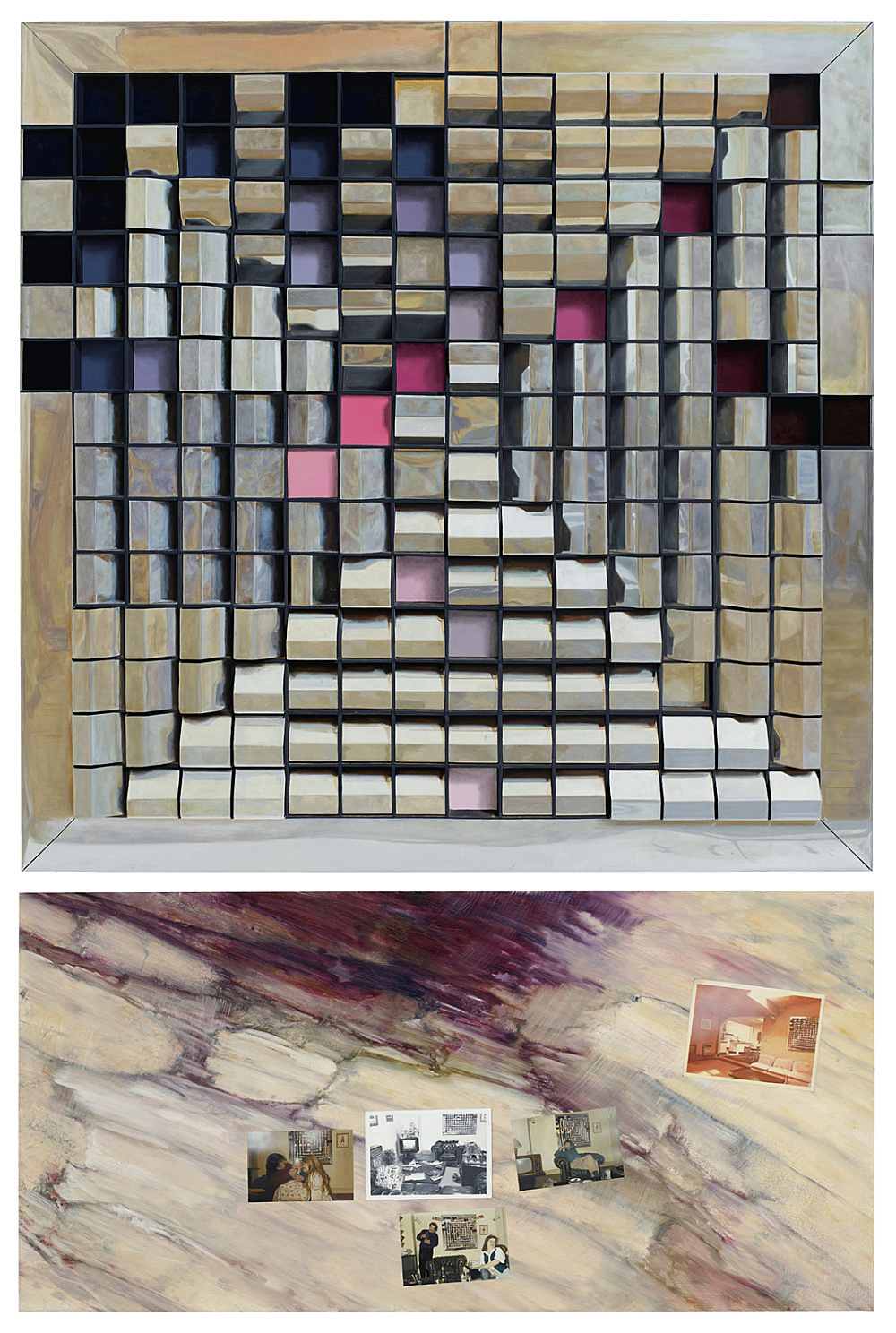 ­Lucy McKenzie (born Glasgow 1977, based in Brussels) makes work encompassing painting, installation, design, fiction and curation. Her work as a painter is often preoccupied with outlying forms - public murals and sculptures, schemes of decorative interiors, map making, and institutional display, among others. Here, for No Motive, she explores the interlocking worlds of commercial, public and domestic space, examining how painting functions in each, separately and in combination. She considers the manner in which these realms shape both the content and reception of visual art, teasing out overlaps and frictions in a series of calibrated approaches.

The first work that the visitor encounters, Ethnic Composition, is intended as a kind of key to deciphering the other elements of the exhibition. It is a replica of a map found in The Russian Ethnographic Museum in St. Petersburg, delineating traditional dress in the country of Moldova. The photos from the original display are replaced here by images relating to fashion mannequins, illustrating a spectrum of complexity and conflict inherent in them.

McKenzie, in collaboration with Beca Lipscombe, her partner in the fashion label Atelier E.B, made a study of the history of the commercial mannequin and its relation to fine art for the touring exhibition Atelier E.B: Passer-by (Serpentine Galleries, London, 2018; Lafayette Anticipations, Fondation d’entreprise Galeries Lafayette, Paris, 2019; Garage Museum of Contemporary Art, Moscow, 2020). This is a topic without conclusion, and she continues to experiment with mannequins as a polychrome painterly form, and cultural puzzle. Three painted female figures populate the exhibition, sitting and leaning. They are dressed in replica couture McKenzie made in recent months during lockdown, copies of the 1920s dress designs of French couturier Madeleine Vionnet. These figures are hybrids; they are in part the most ‘fashion-forward’ mannequin of our present era (made by a leading mannequin company to emulate average-sized and ethnically ambiguous youths). Their anonymous heads have been replaced with the sculpted head of a real person, Zoya Kosmodemyanskaya, who was a teenage partisan murdered by the German Army in 1941, and posthumously declared a hero of the Soviet Union. Her martyrdom is depicted on many public monuments in Russia, in some cases a fictional fantasy of her moment of death, dressed in a skimpy, torn underdress, her wrists bound behind her.

McKenzie’s study of mannequins takes into consideration their designation as symbols of hyper-capitalism, expressing the beauty ideals (and manufacturing methods) of their time. But she also looks at them in relation to their non-commercial co-workers: figurative sculpture and ethnographic display dummies (which do not need to sell the garments they wear, rather embody a racial or cultural archetype). The surfaces, colors, and face painting on the figures in this exhibition are rendered in reference to three specific art-historical styles: the terracotta tone from a Classical Greek vase, the aubergine tone from a Roman marble statue, and the polychrome pale tone from a European figurative sculpture of the Middle Ages.

A mannequin is meant to recede, place the garment they wear to the fore without overwhelming it. These figures here do not; and by combining all these elements, the body of a mannequin dressed in couture with the head of a Socialist hero and polychrome colors from classical statues, McKenzie animates the tension between highly mediated aesthetic worlds and places them into dialogue.

Historically the realms of couture fashion and the art of the Socialist and Soviet states have been diametrically opposed - women’s high fashion, framed as elitist decadence for willing dupes, no matter how revolutionary (as in the case with designers like Vionnet), was an obvious ideological anathema to the Socialist project. It is part of the positioning of hard versus soft, male versus female, high versus mass, which is a constant cultural leitmotif running from Adolf Loos back in the day to Adam Curtis now.

Lucy McKenzie tries to deal with the multiple histories and viewpoints that inform her work - understanding the fashion system from the inside out with her fashion label Atelier E.B., as well processing the muscular figurative painting that dominated the Glasgow art scene of her youth. Her parents, Ray and Lorraine, decorated their family home with art works they bought or were gifted by students of the Glasgow School of Art in the 1970s and ’80s. Three of these, a trio of low-relief, abstract wall sculptures, are recreated for No Motive as trompe l’oeil, to scale oil paintings. At least one was the work of a student who went on to carry out major public art commissions, and the genesis of more monumental public endeavours can be discerned in its op-art metal form. These three abstracts are shown freestanding above ‘quodlibets’, tabletop trompe l’oeil compositions depicting family snapshots of the corresponding artworks in domestic situ, both haphazard (strung with Christmas cards) and more staged (baby photo-sessions). The quodlibets are intended to function as oblique, mute information boards to the works they accompany.

In the third room of the exhibition McKenzie presents domestic portraits of mannequins. In each case the painting has an illusory frame and elements left deliberately unfinished. These are distancing devices, and the works would be more accurately classified as ‘paintings of portraits of mannequins’. Objects from elsewhere in the exhibition are featured in the paintings. The low-relief wall sculptures that were presented as sovereign art works (or a prototype for public art) now supply background décor to a sitter who is herself a painted object within a tight frame.

McKenzie tests the tensions that arise when discreet spheres are transgressed: when abstract art, rather than being an autonomous act of modernist expression, is used as background set dressing; when public art is domesticated; when Communist statues wear couture; and mannequins overstep their mark. By modulating and adjusting these conflicting realms she asks us to examine our sense of taste, and by extension, how our values are shaped by accepted hierarchies.

This is Lucy McKenzie’s seventh solo exhibition at Galerie Buchholz, and her second in our New York location. Her work is currently the subject of a major retrospective titled Prime Suspect, which opened at the Museum Brandhorst, Munich, in September of 2020 and will travel to Tate Liverpool later in 2021. In addition to the recent touring exhibition Passer-by with Atelier E.B., key institutional exhibitions by McKenzie include  La Kermesse Héroïque, Fondazione Bevilacqua La Masa, Venice, 2017; Focus: Lucy McKenzie, Art Institute Chicago, 2015; Something They Have To Live With, Stedelijk Museum Amsterdam, 2013; Ludwigshaus, Museum Ludwig, Cologne 2009; Projects 88: Lucy McKenzie, MoMA, 2008; and MMIV, Tate Britain, 2003. Her work is included in the collections of the Metropolitan Musuem of Art, New York; The Museum of Modern Art, New York; The Art Institute of Chicago; Tate Modern, London; Museum Ludwig, Cologne; and Stedelijk Museum, Amsterdam, among others. 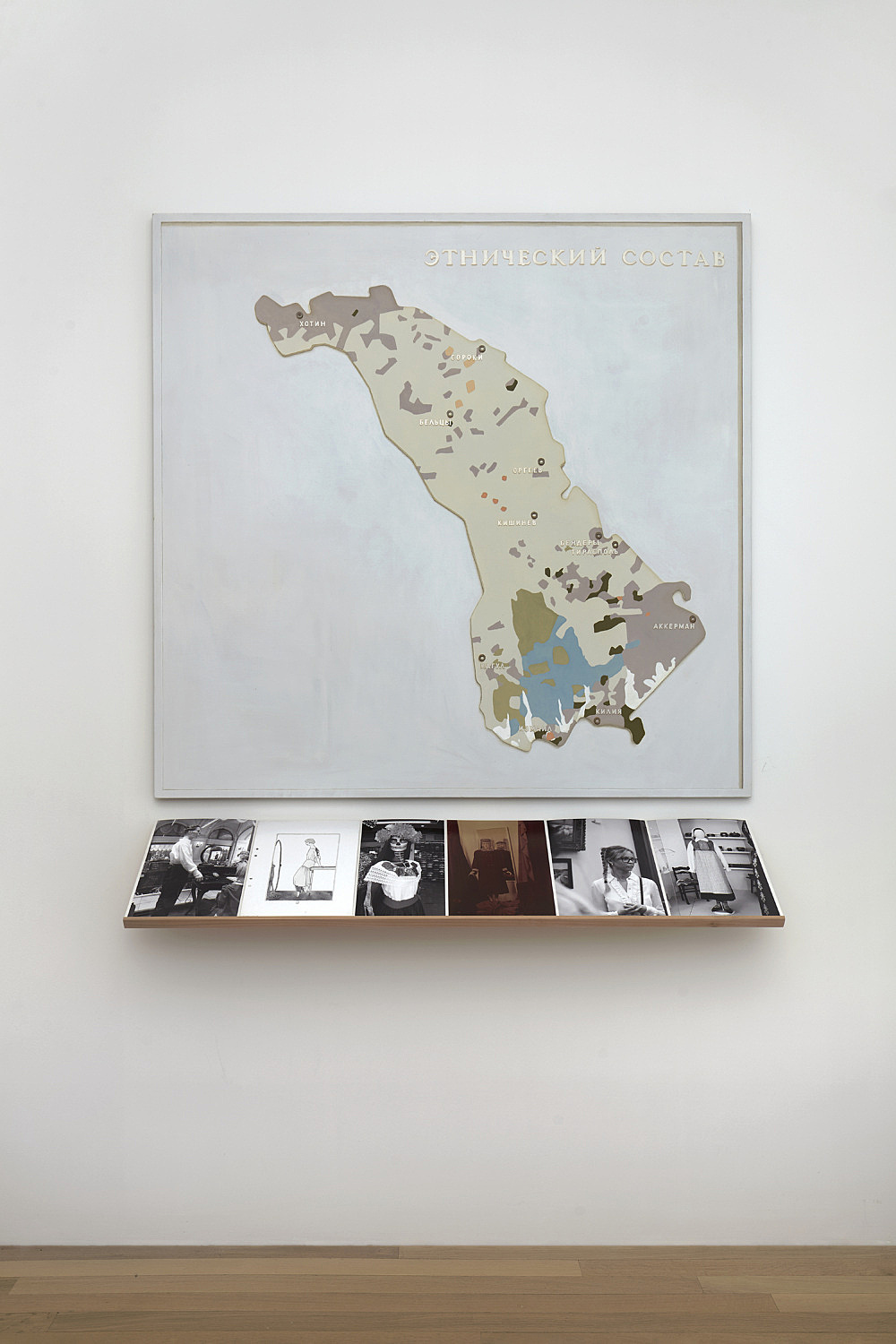 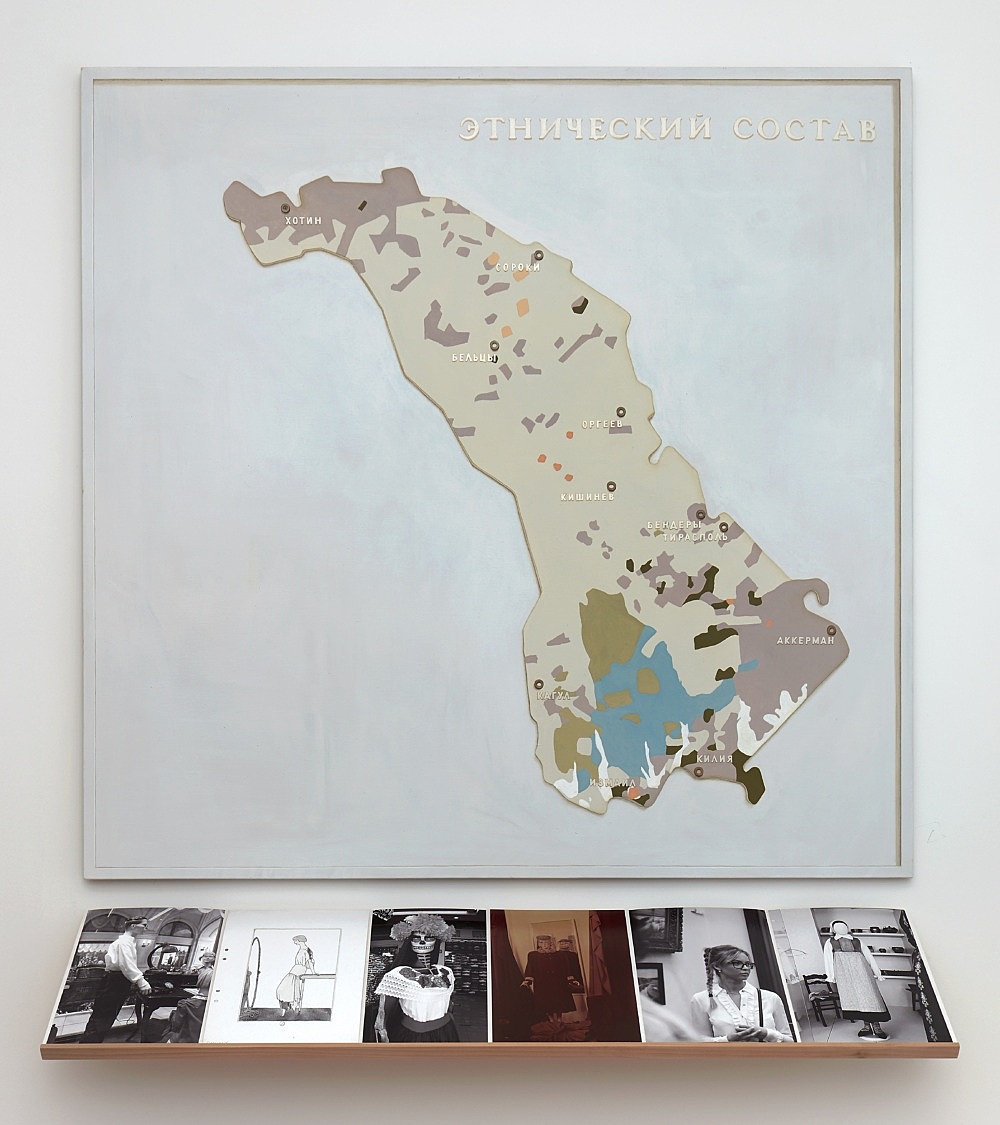 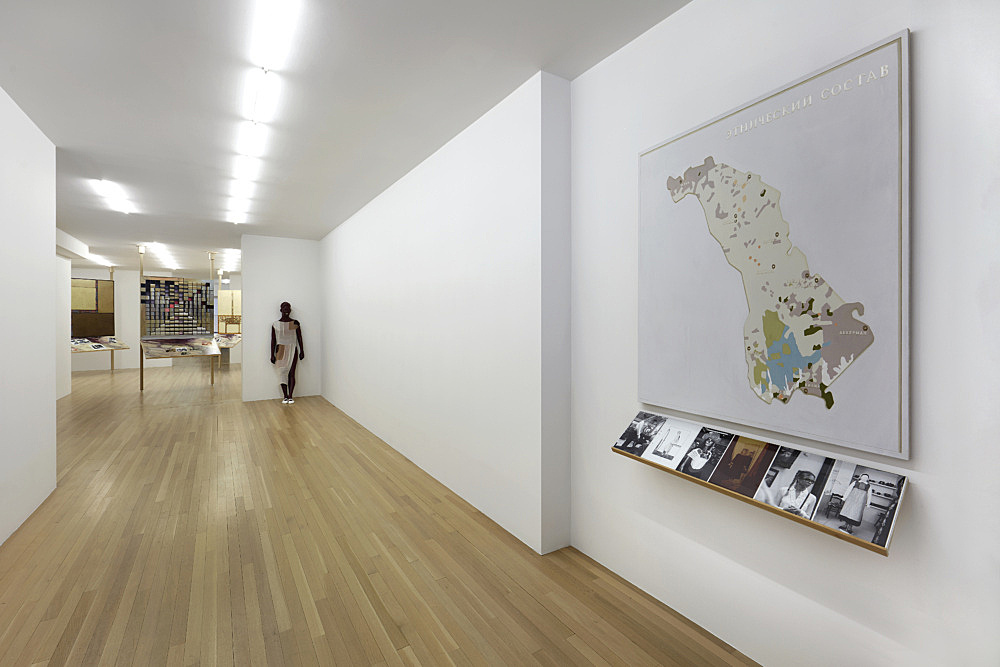 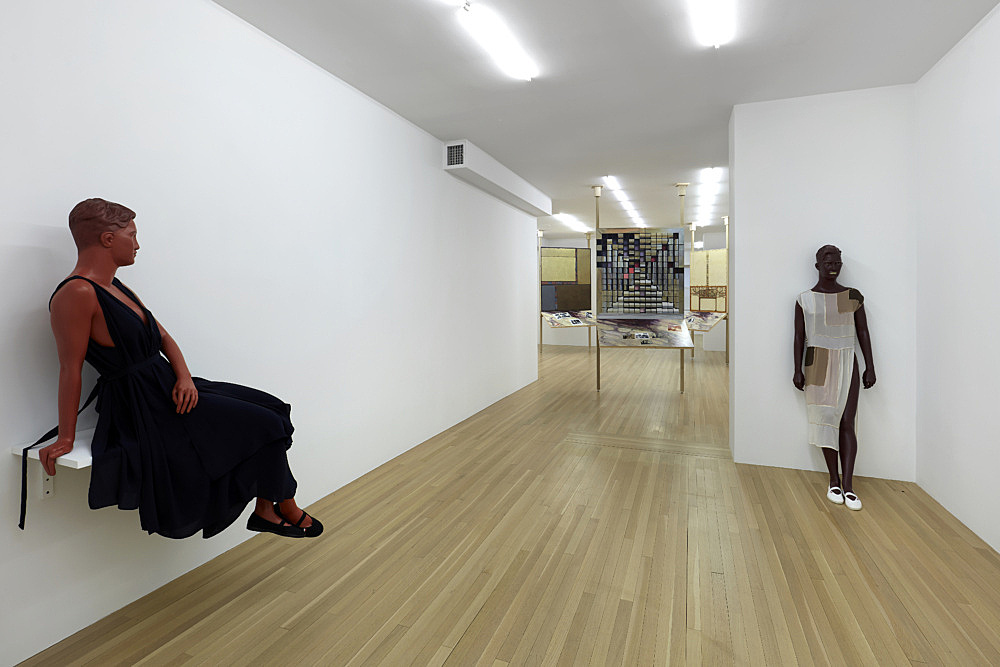 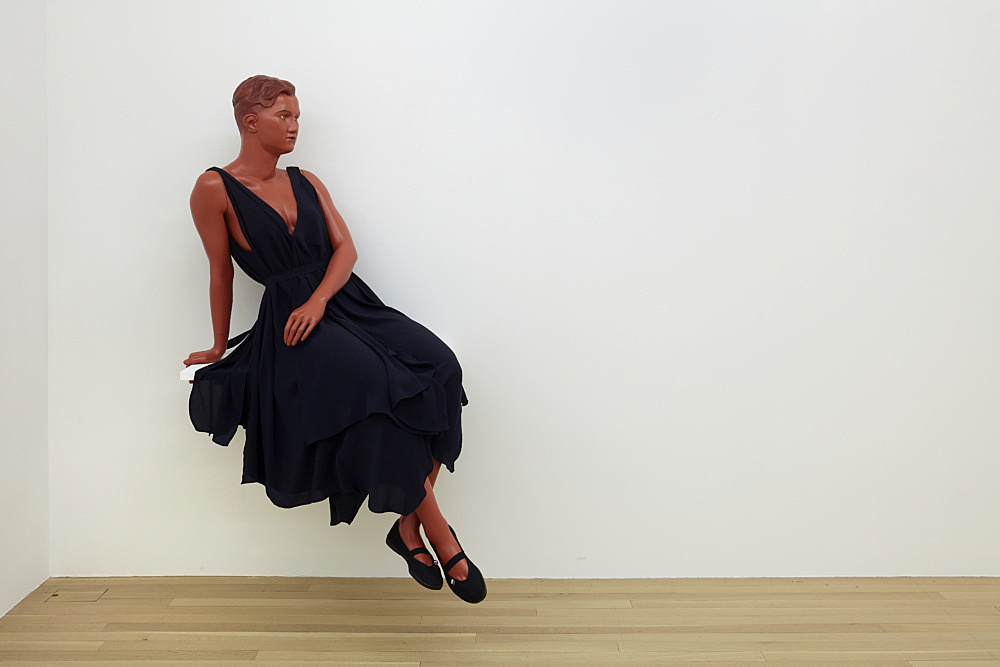 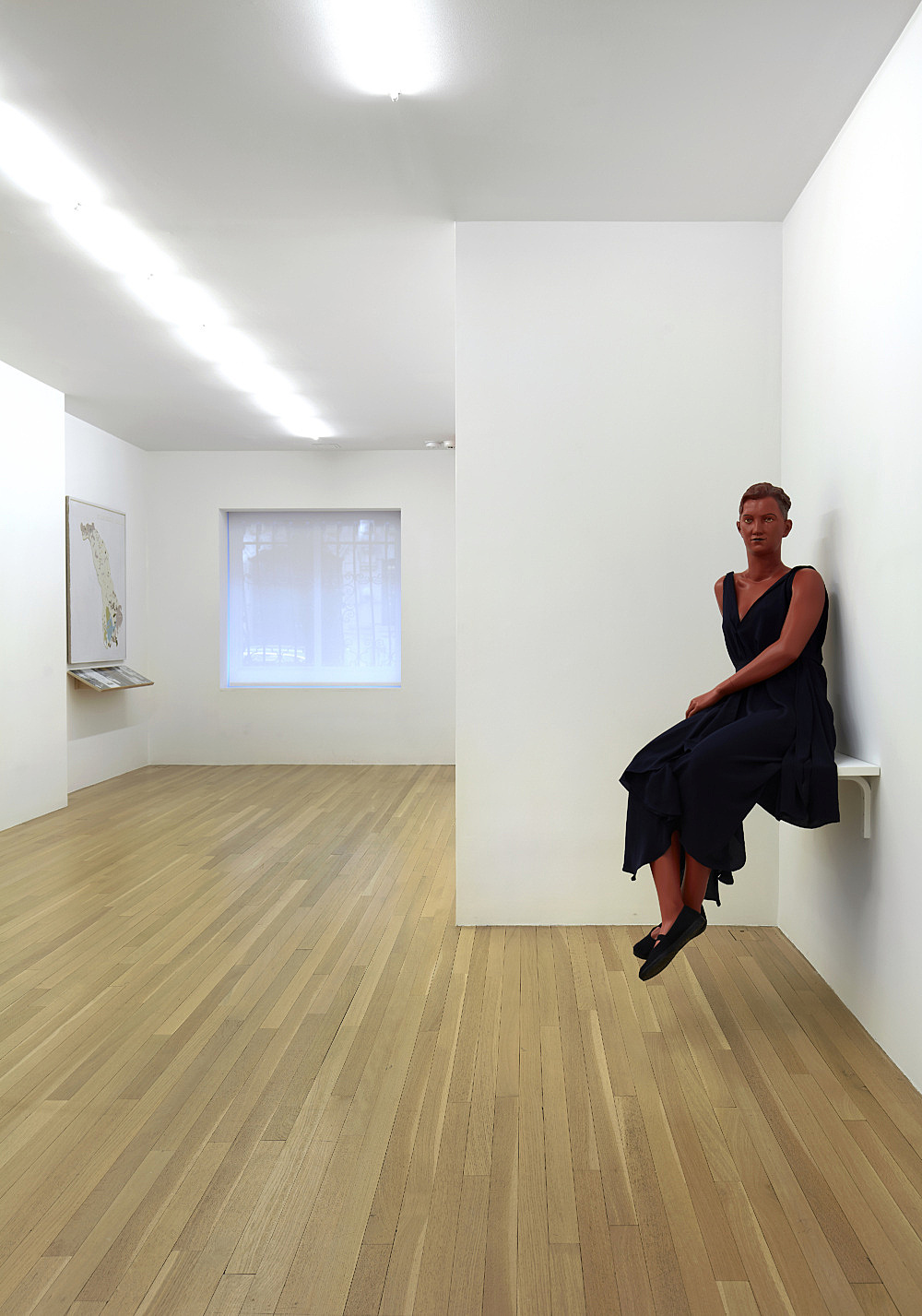 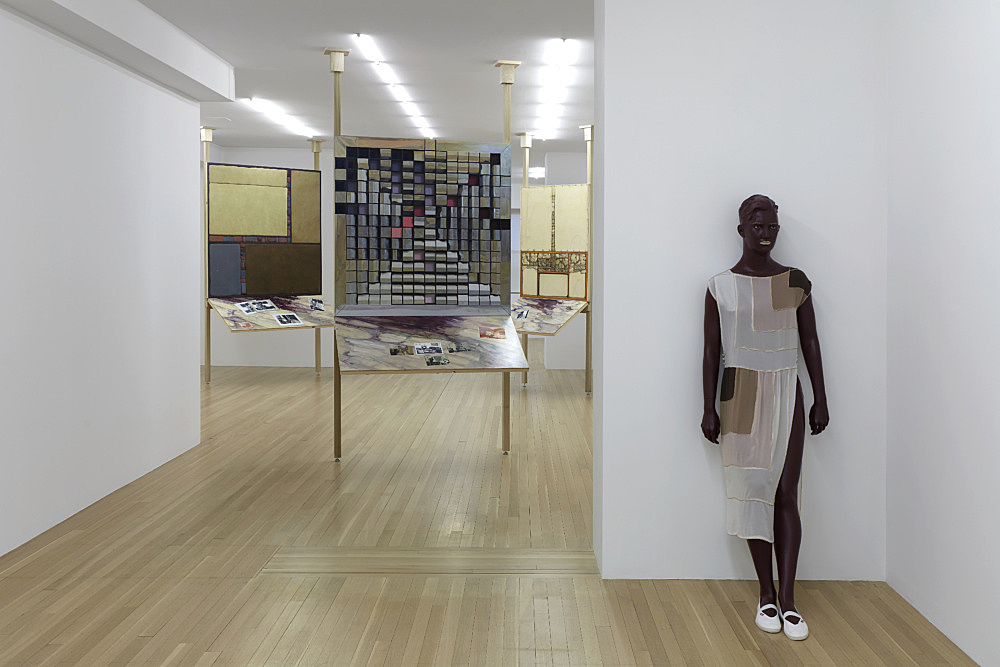 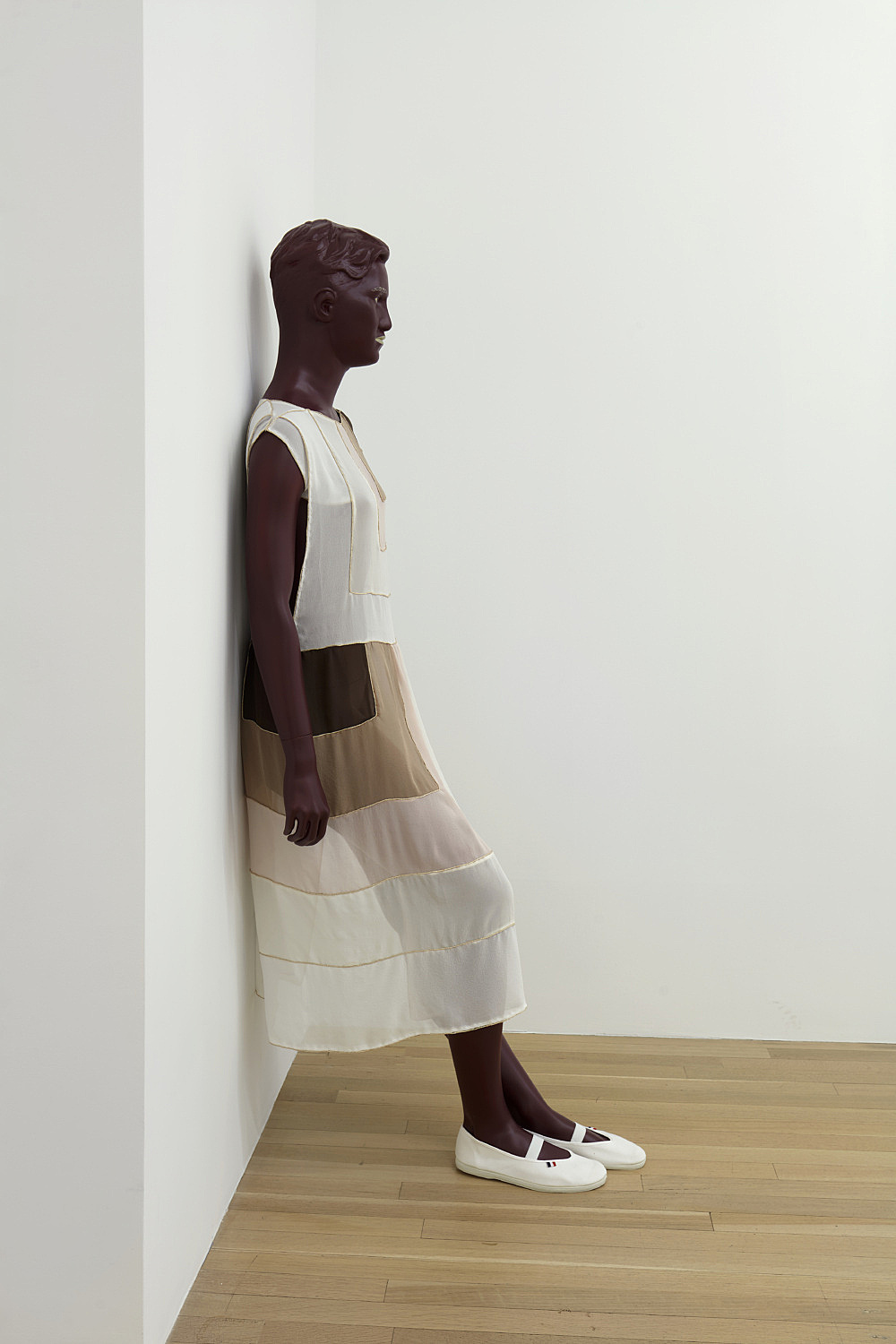 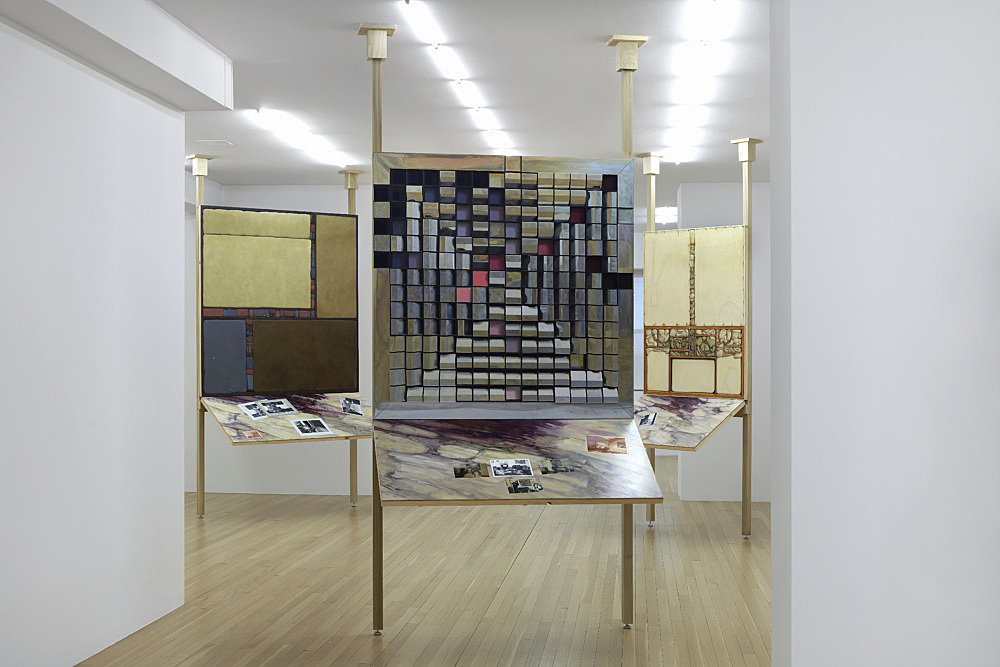 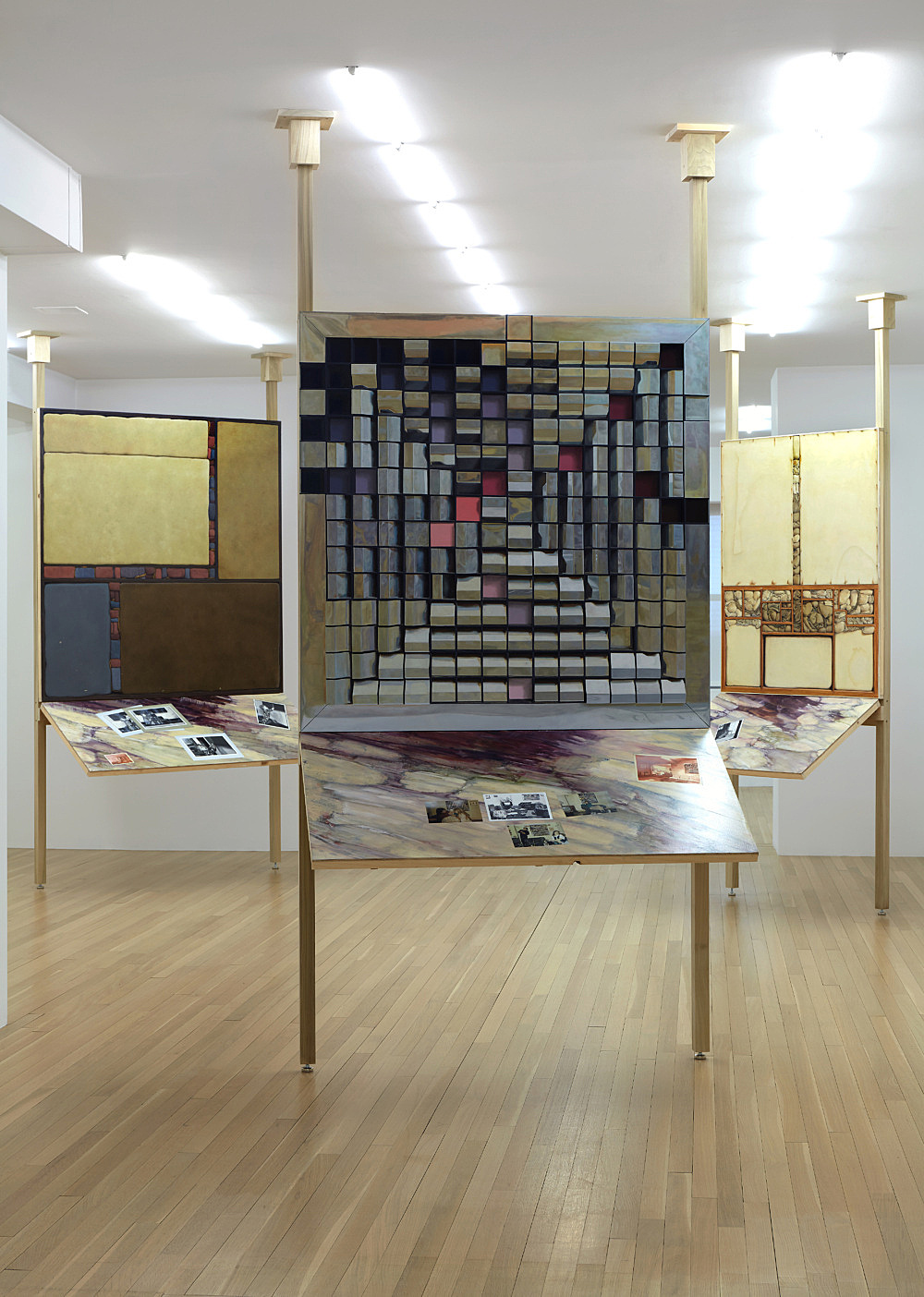 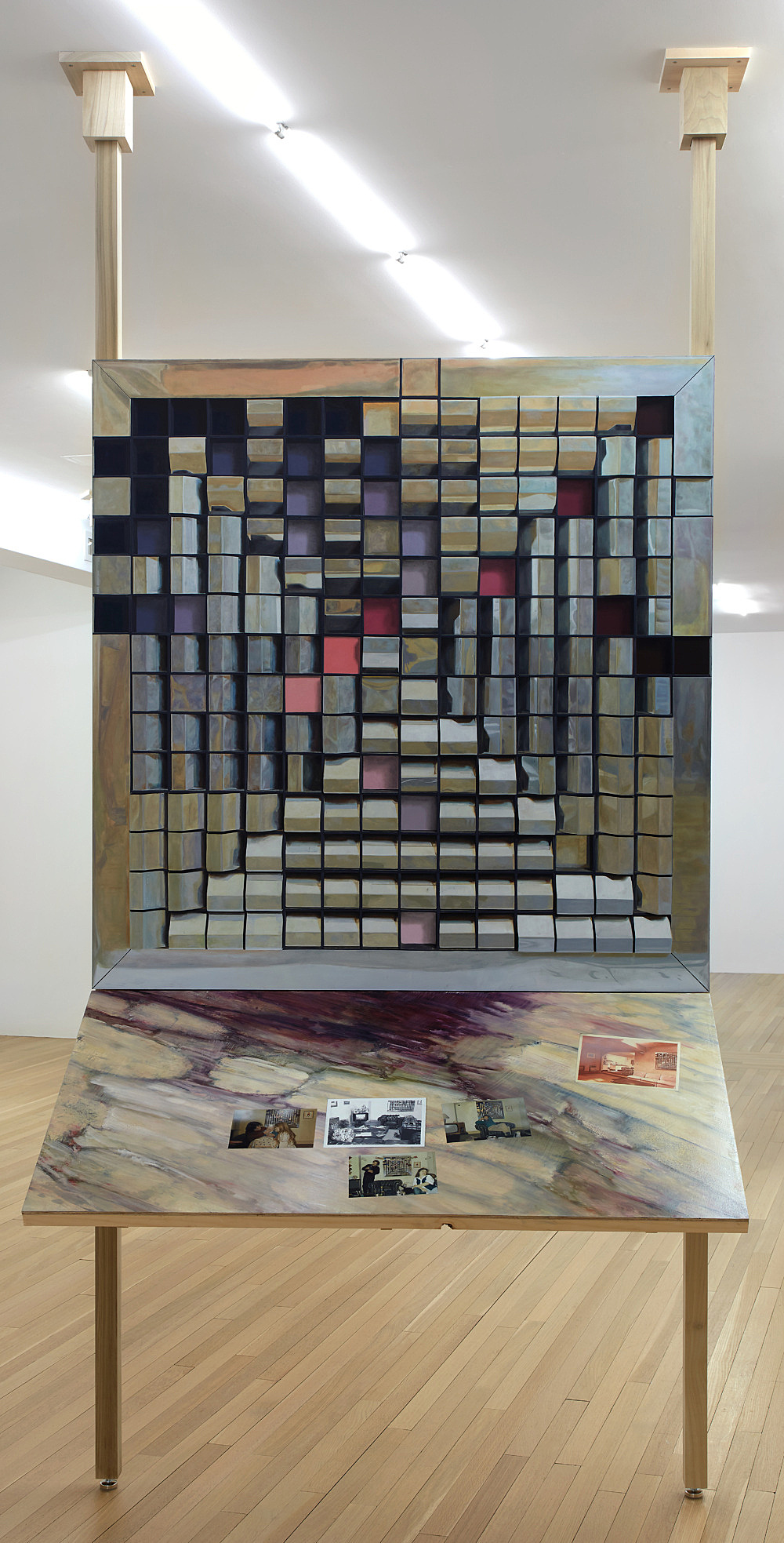 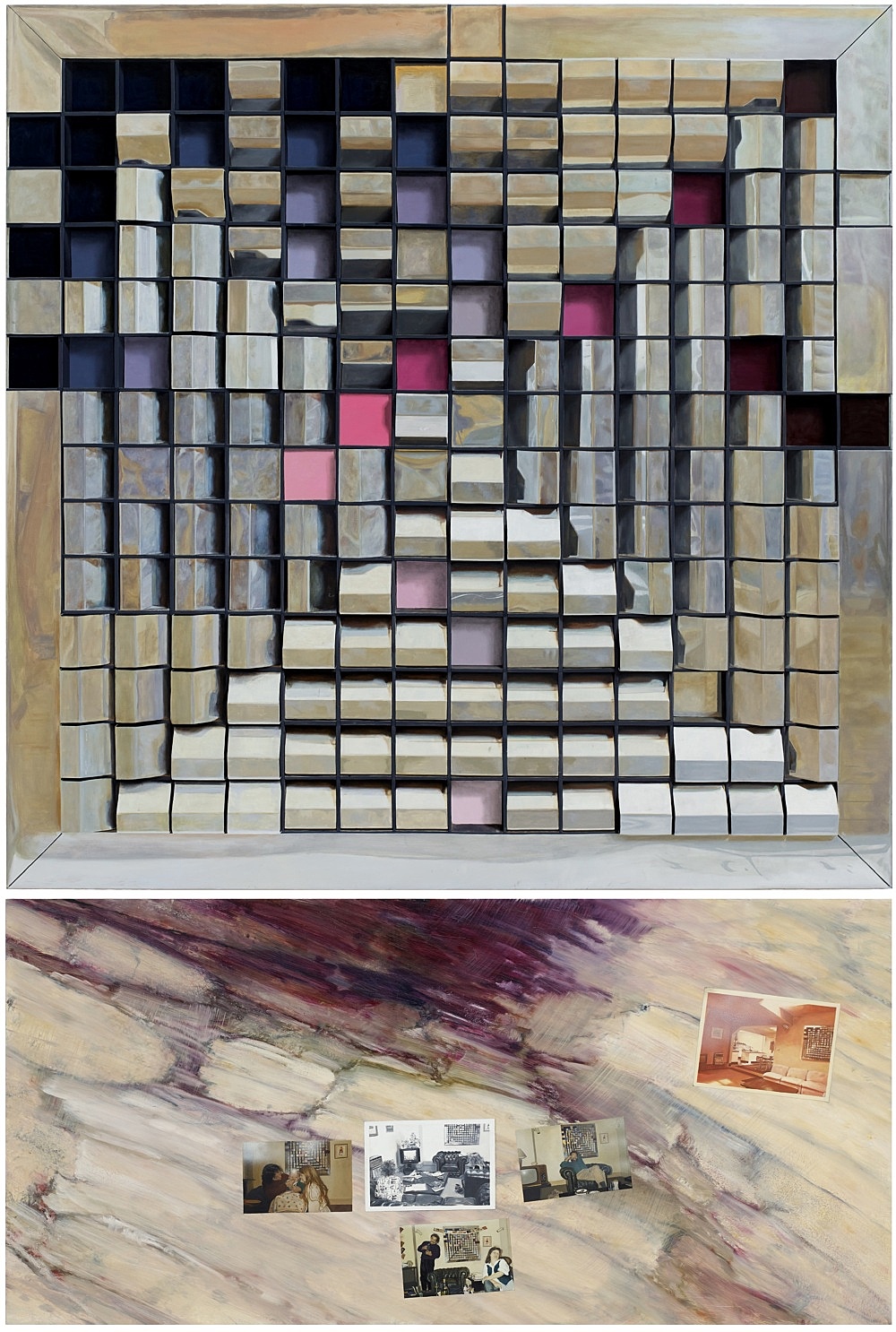 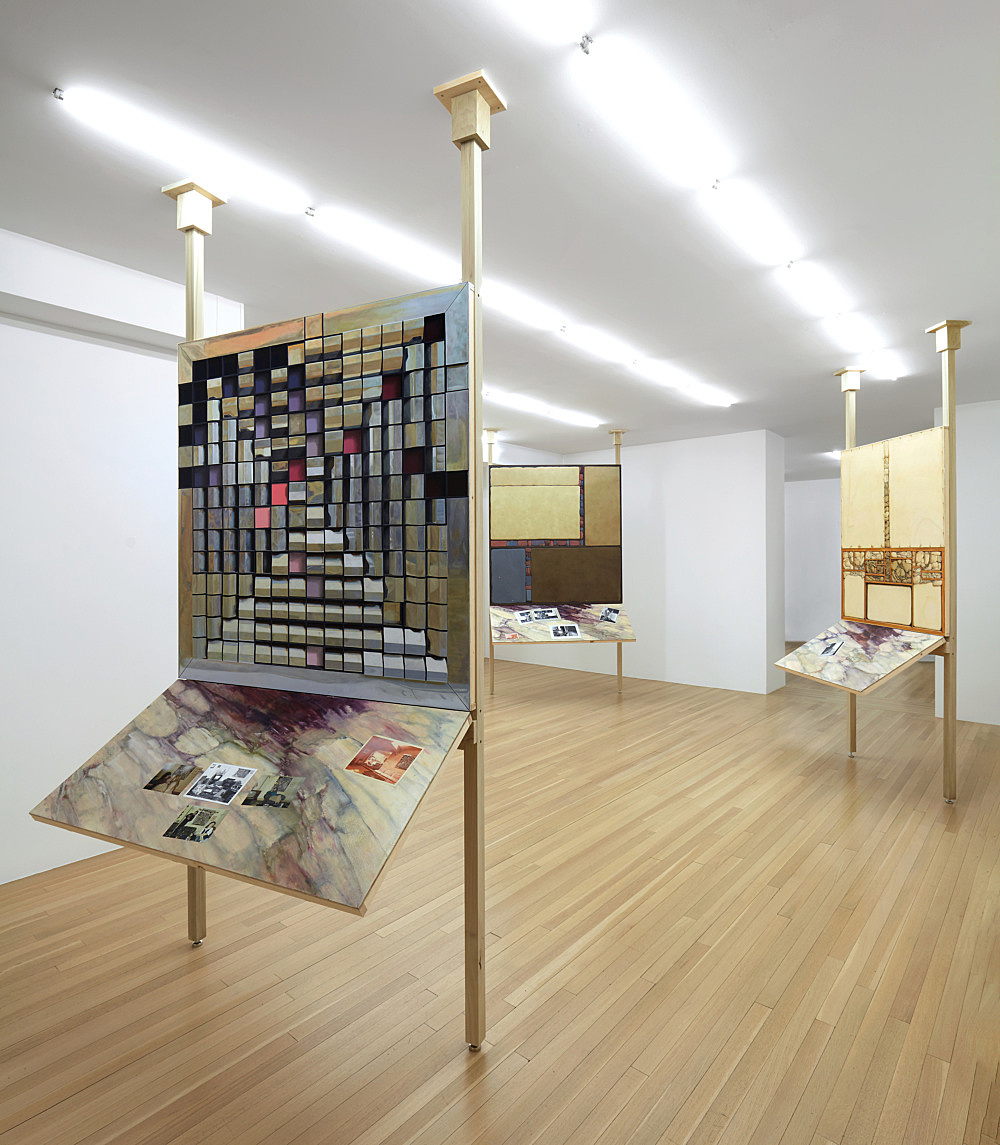 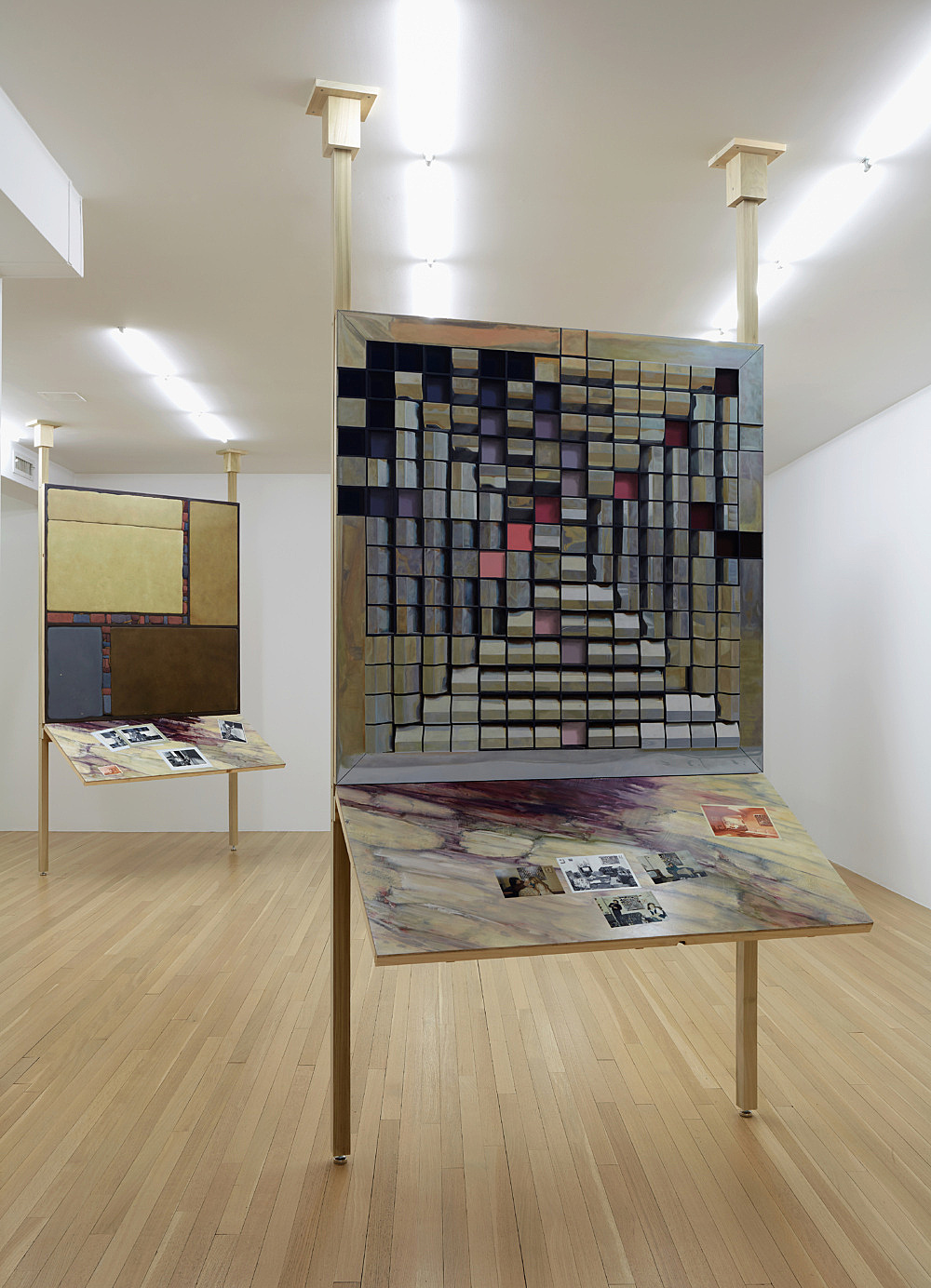 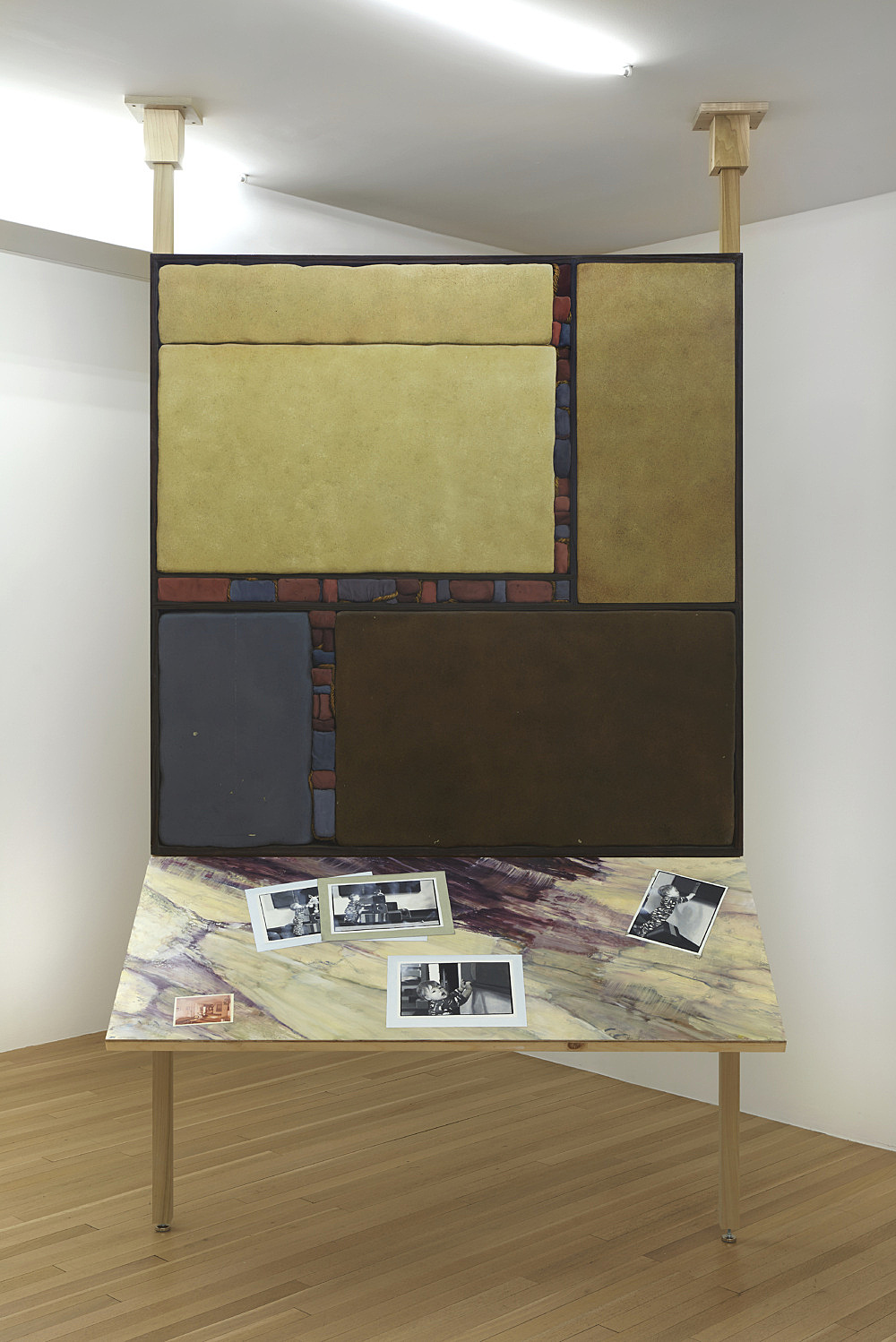 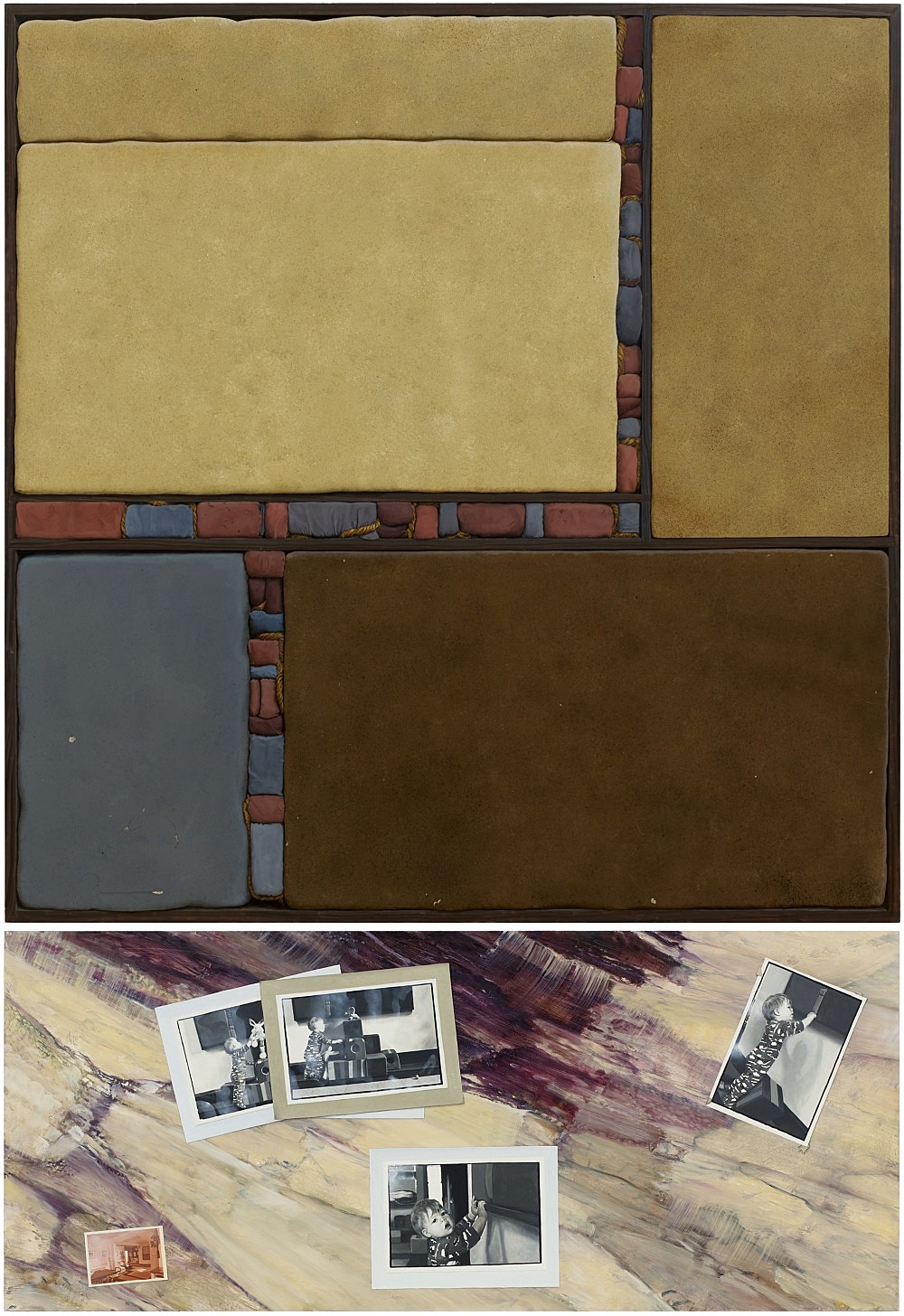 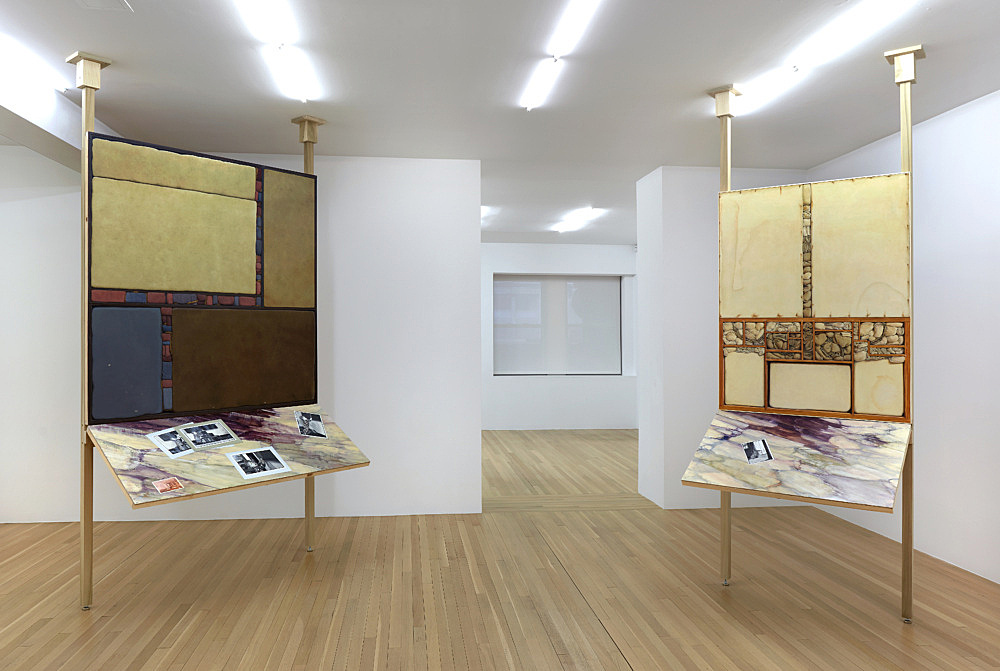 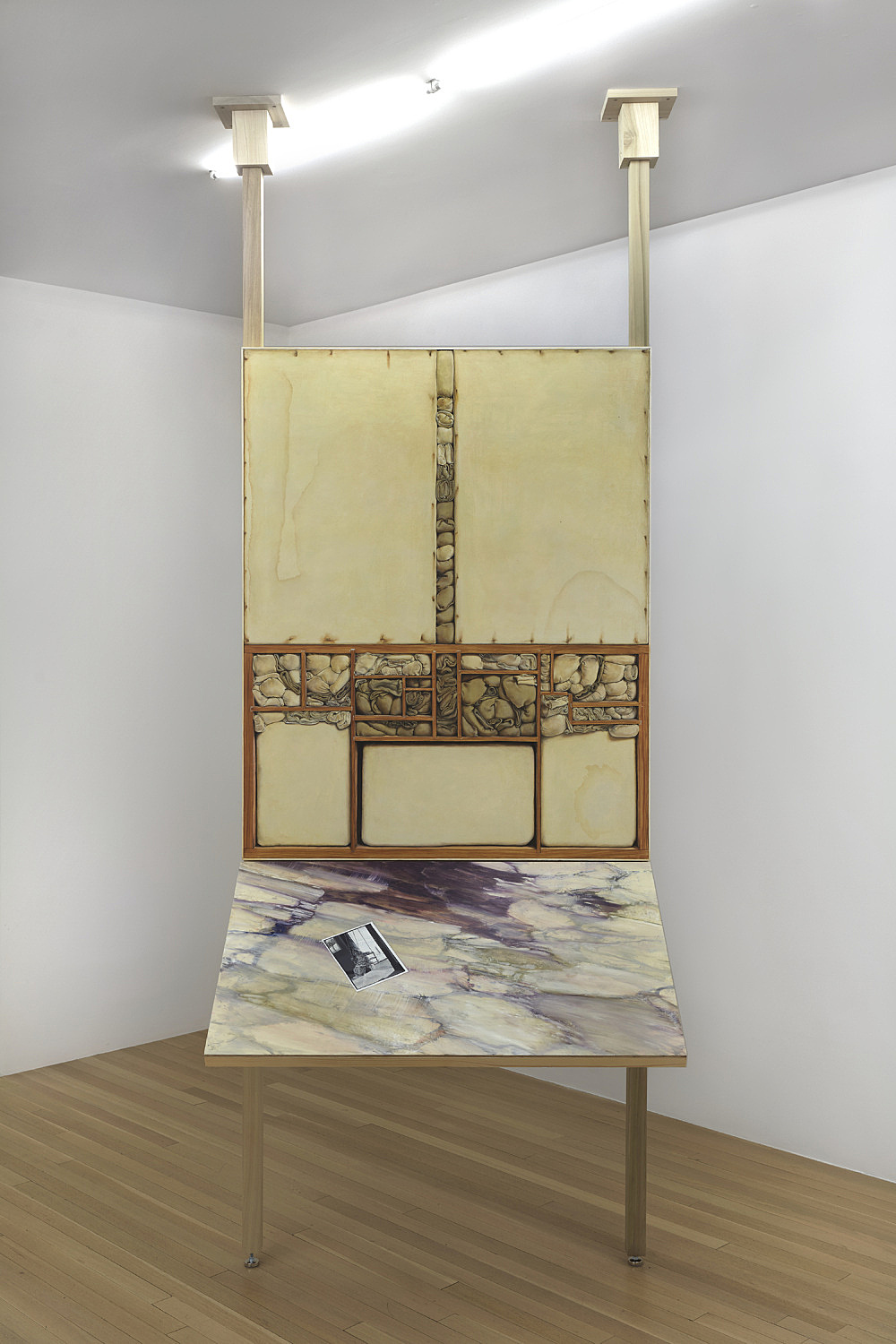 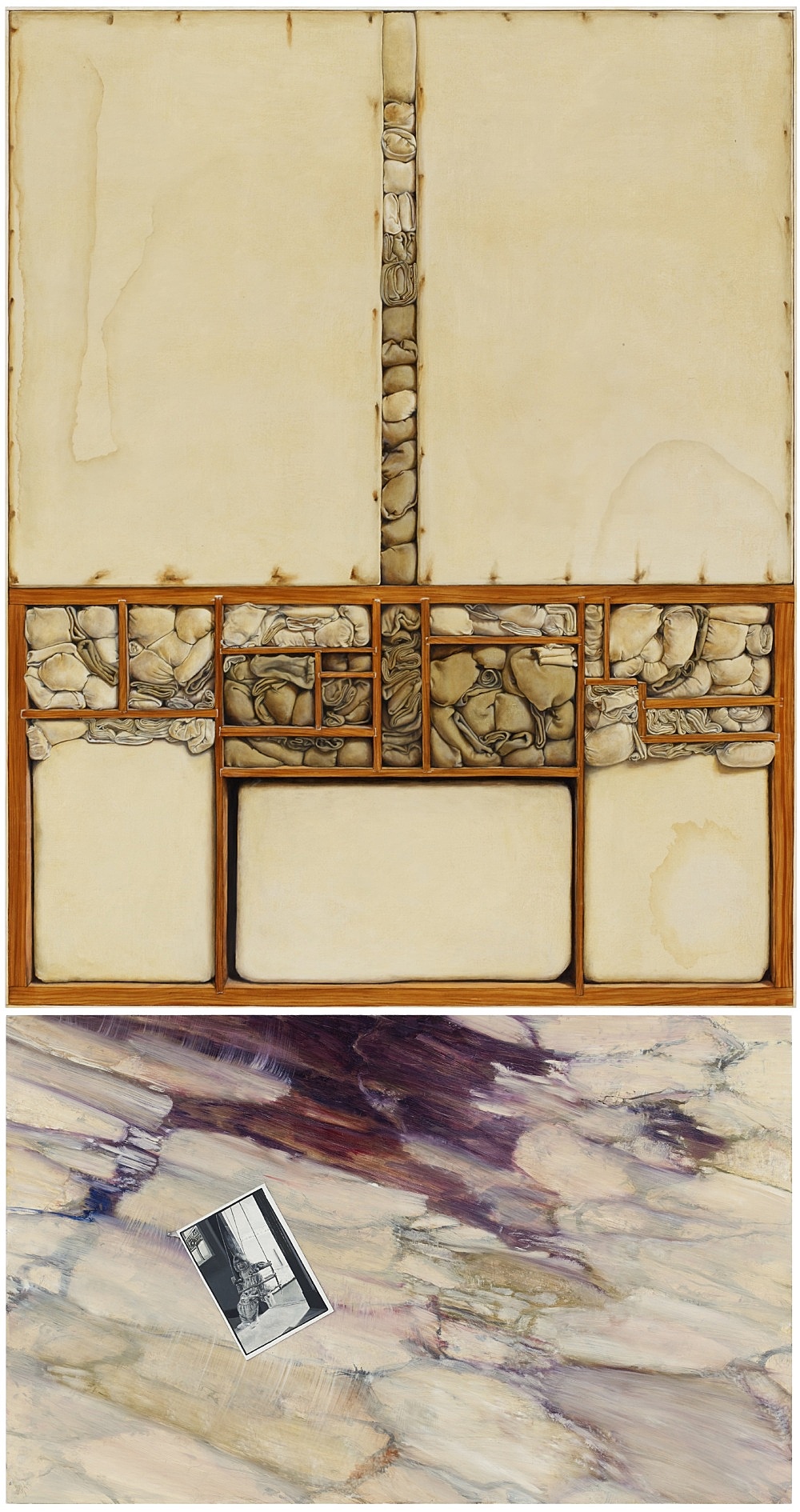 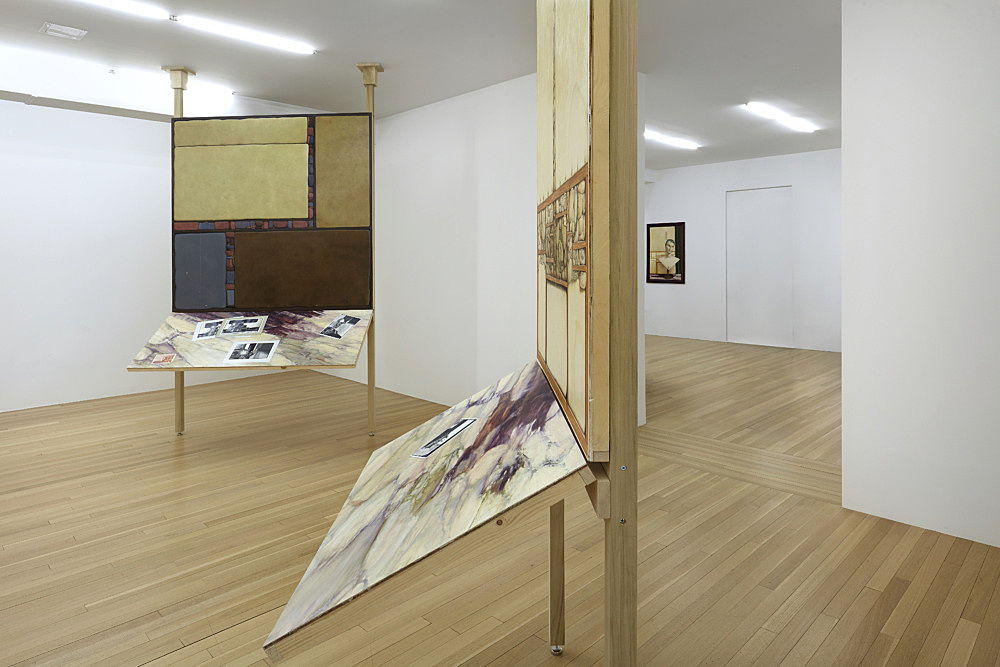 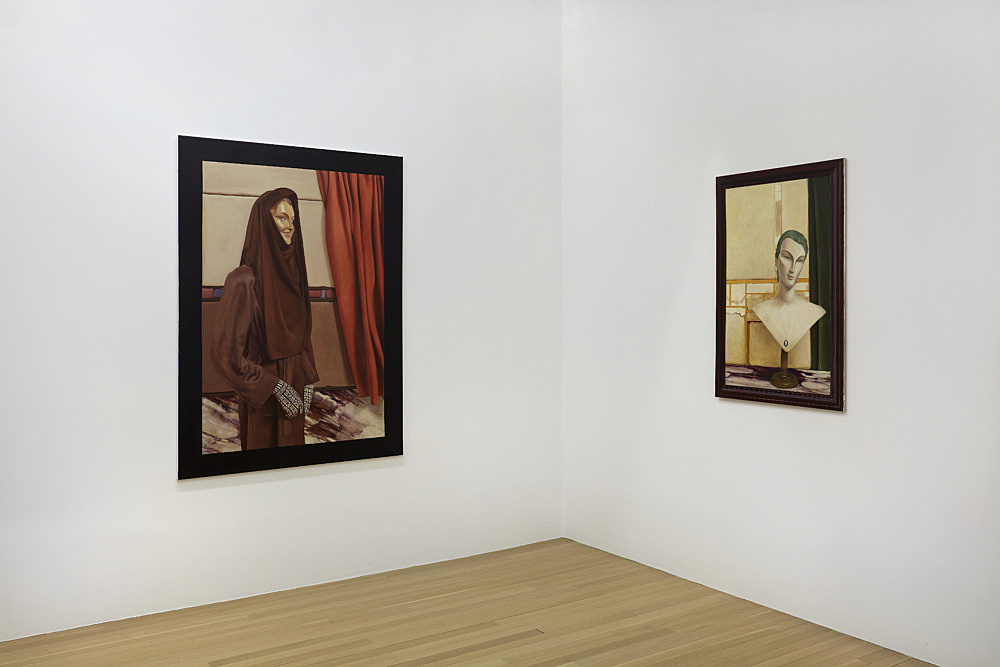 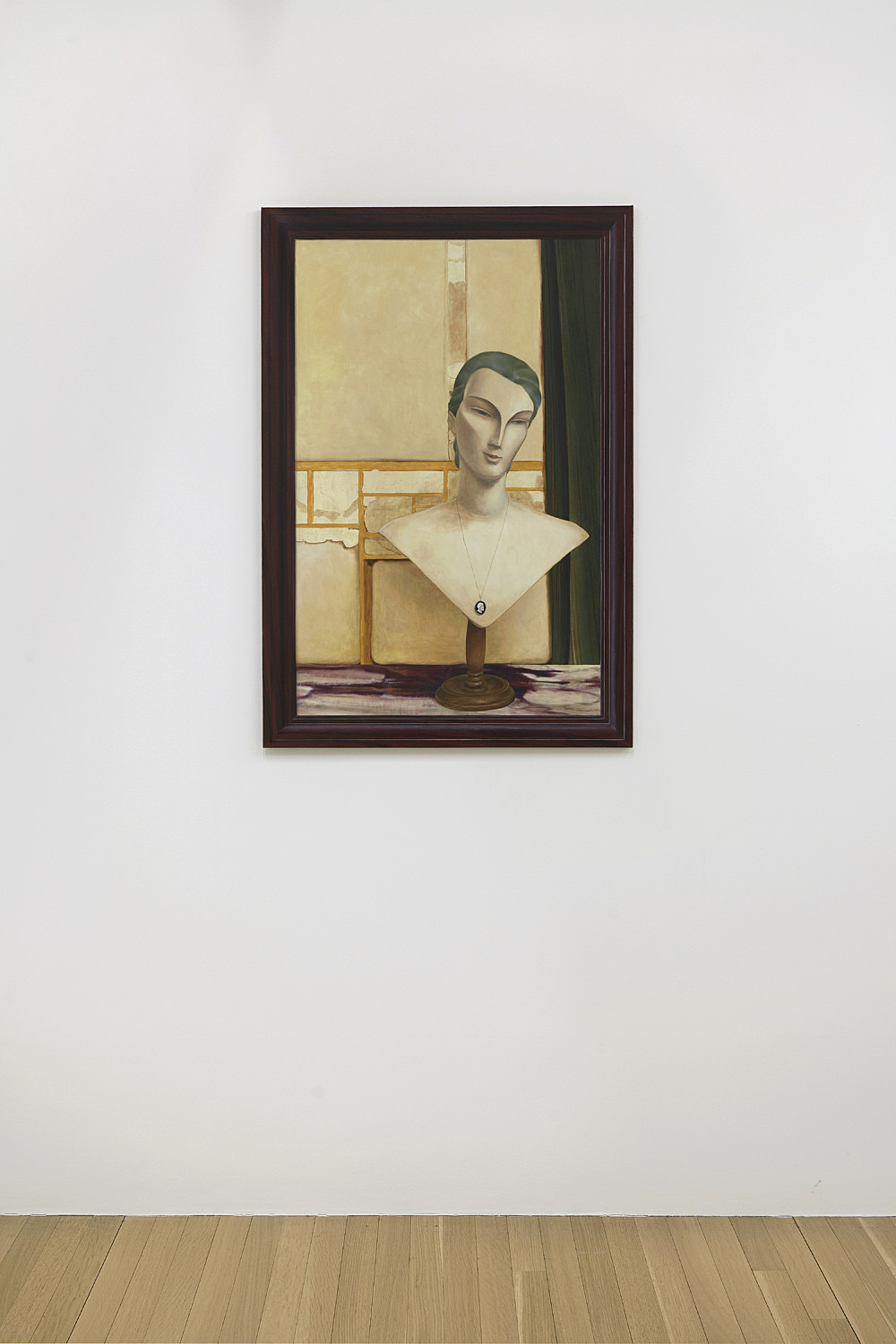 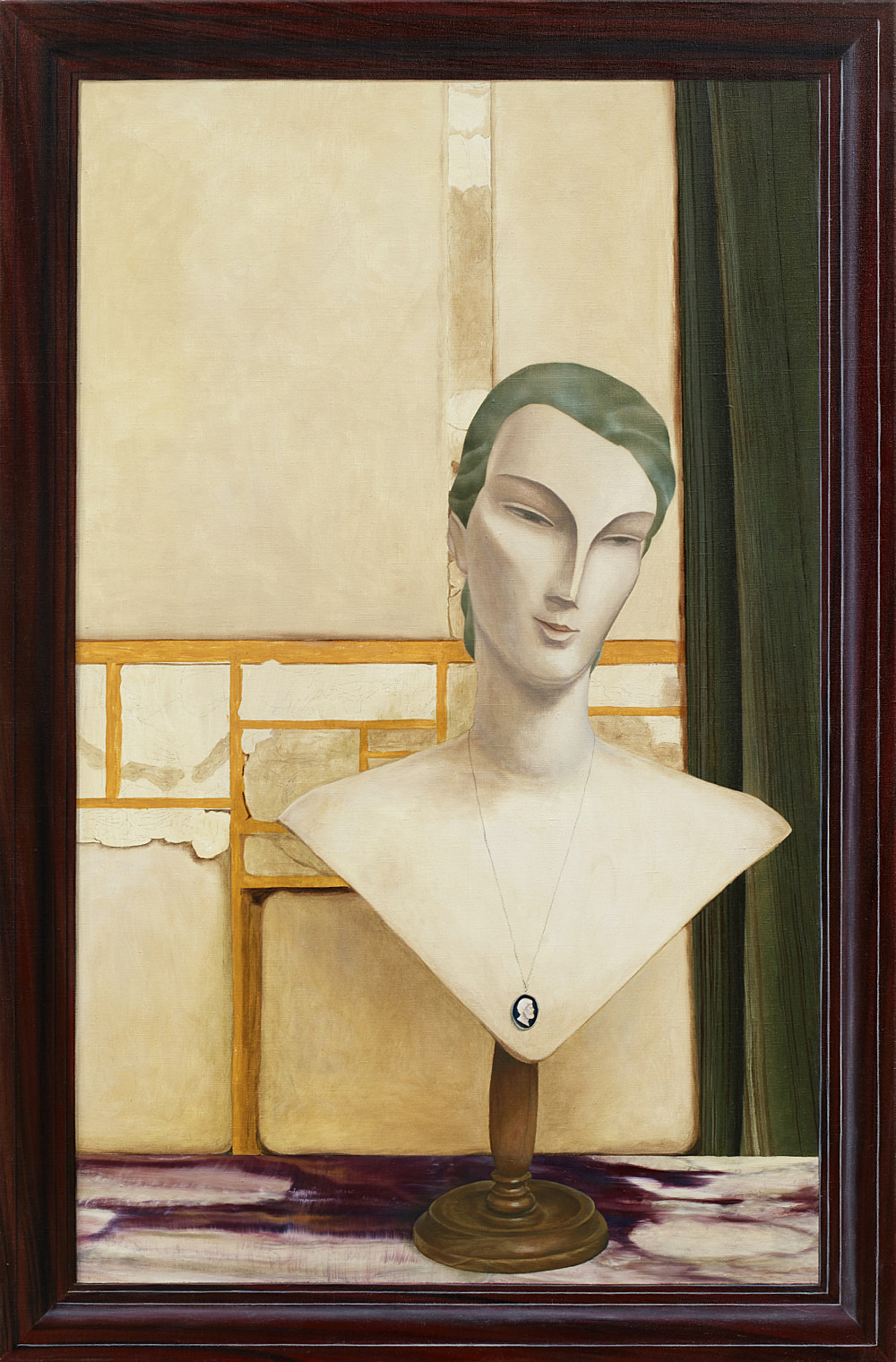 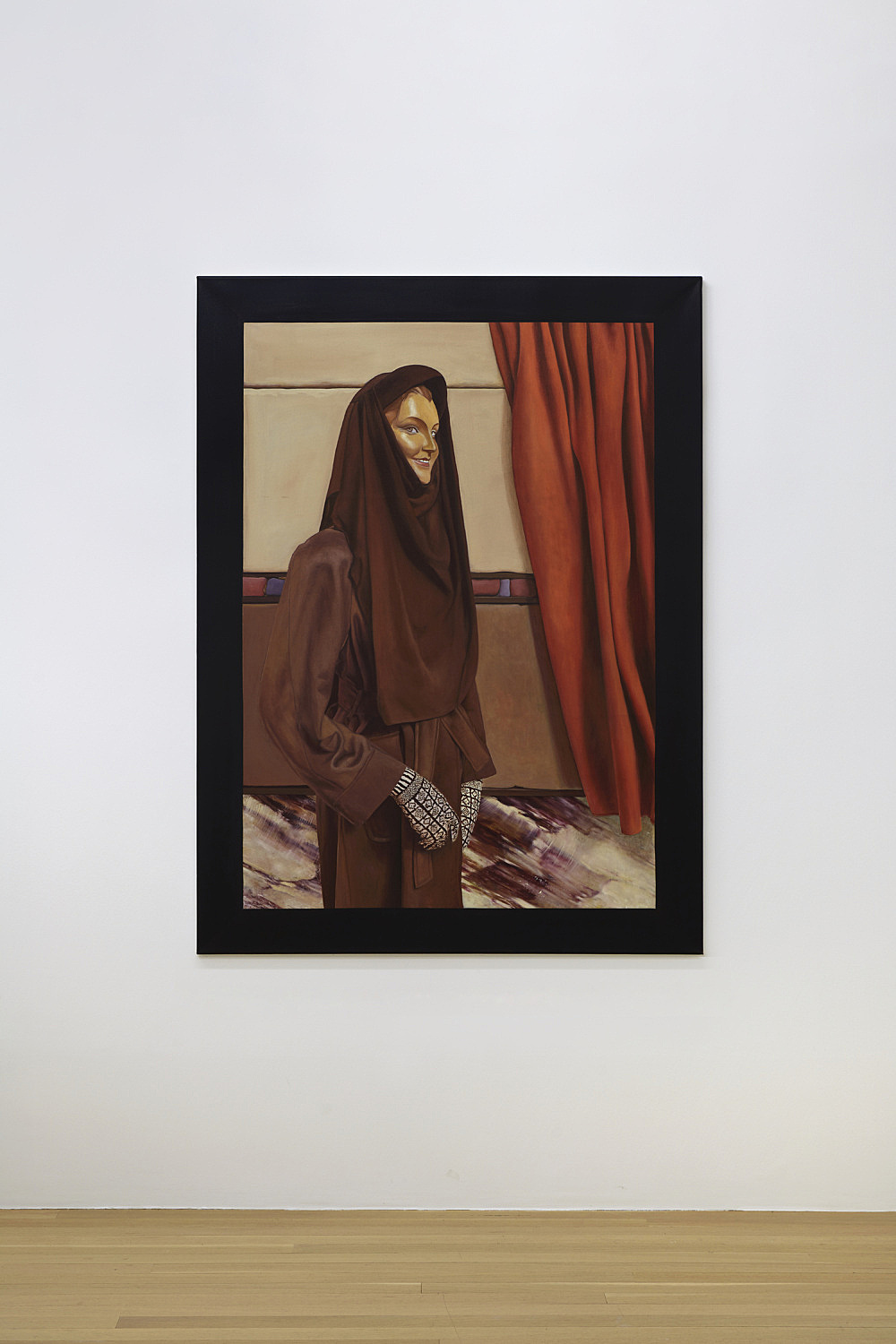 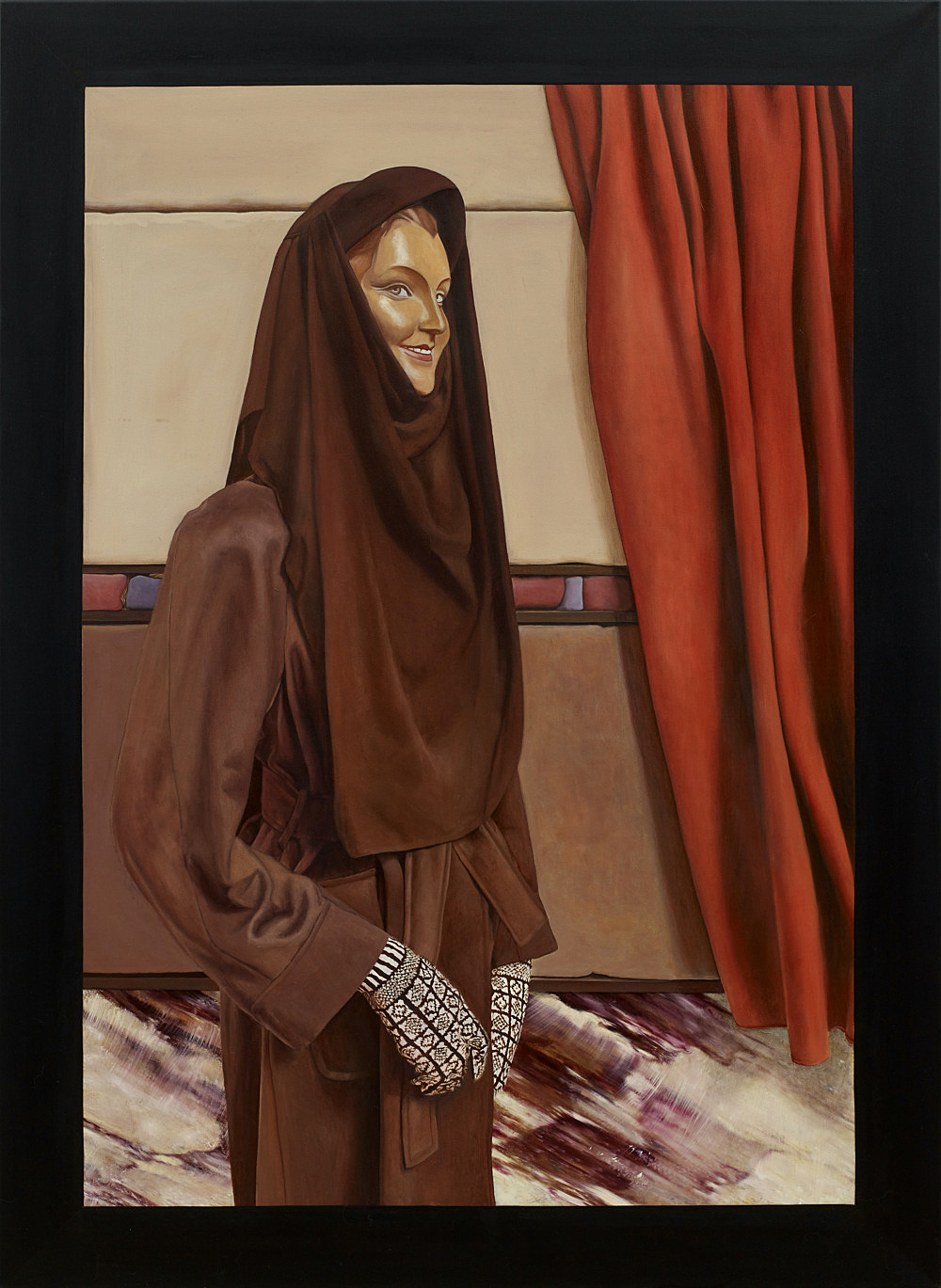 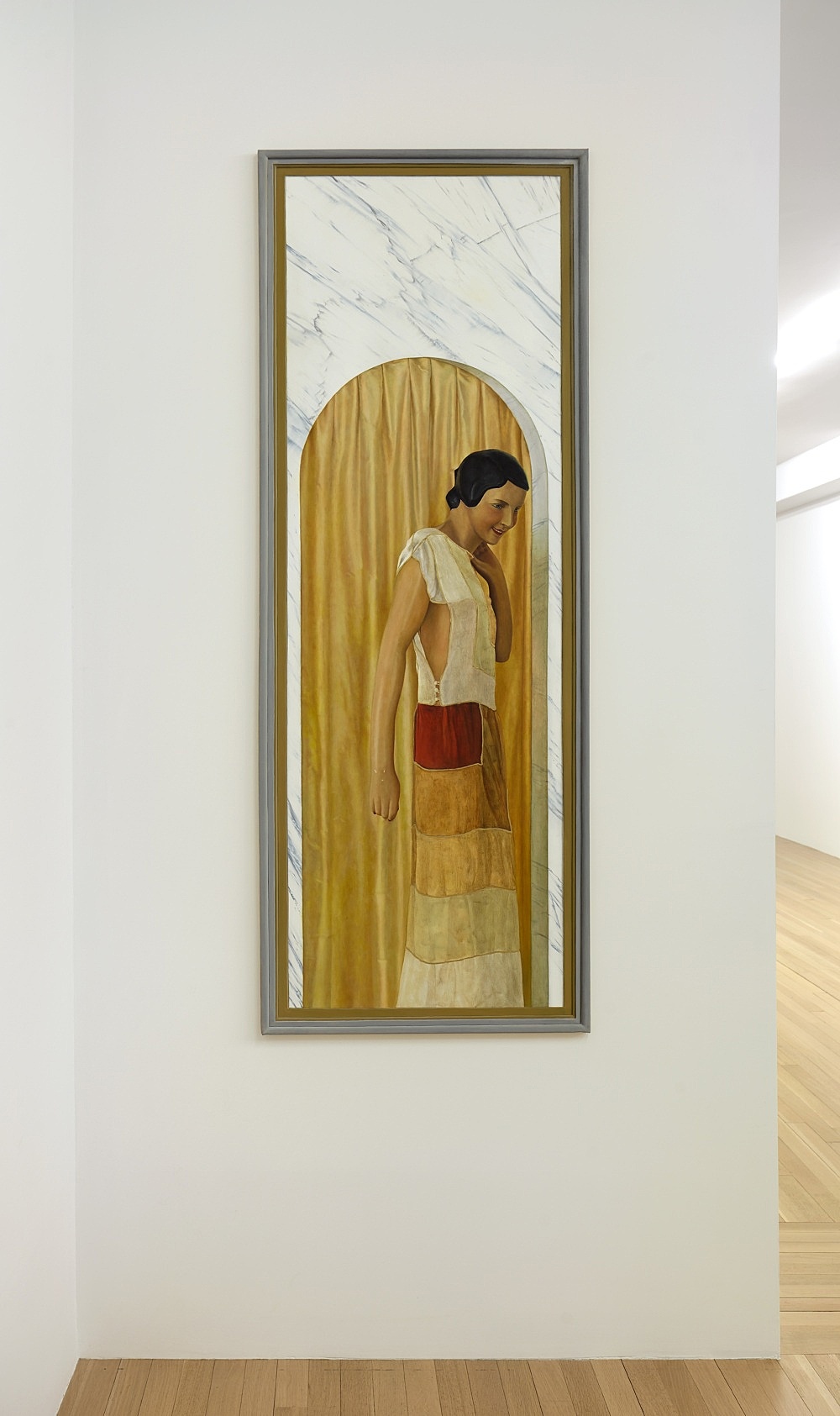 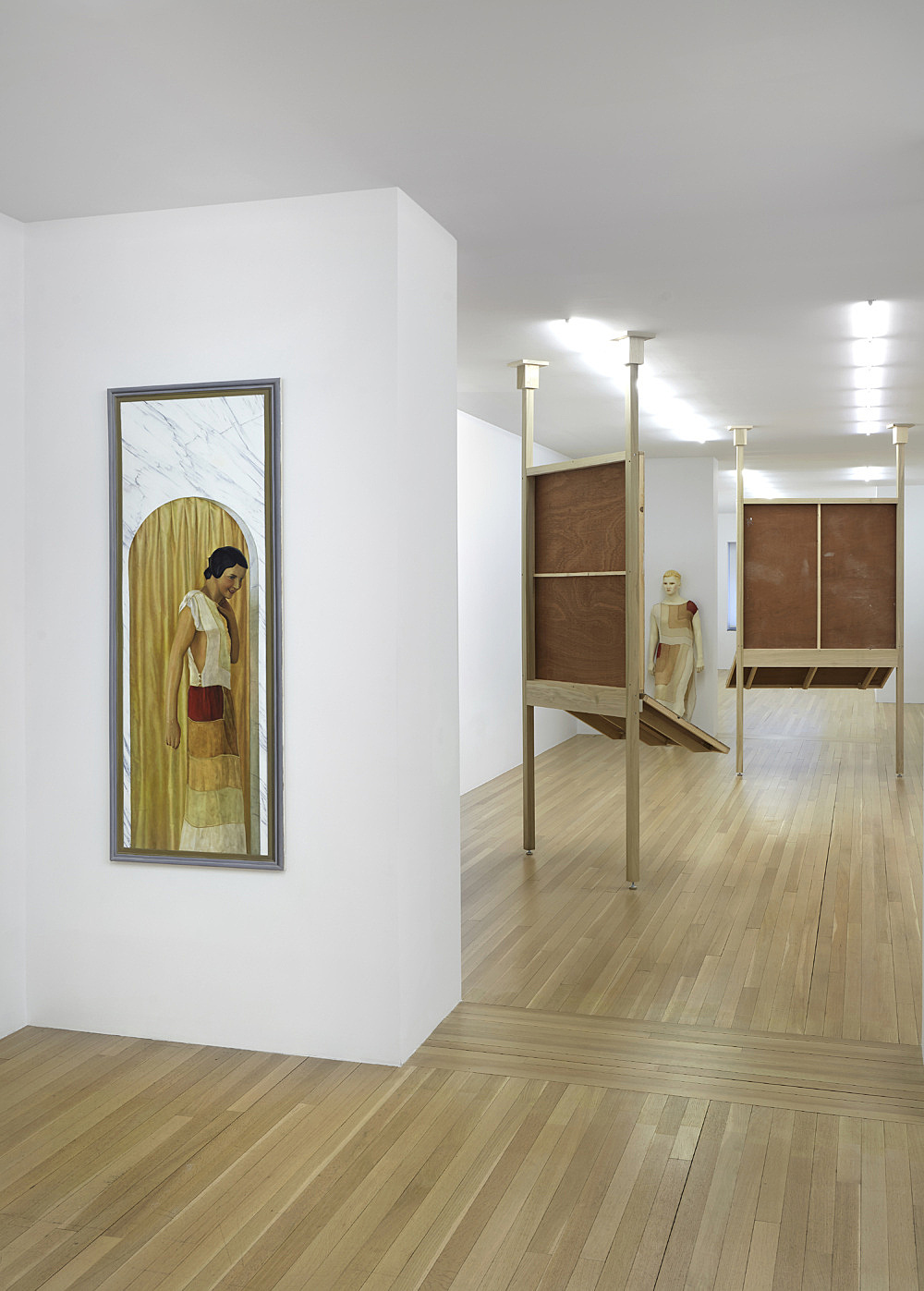 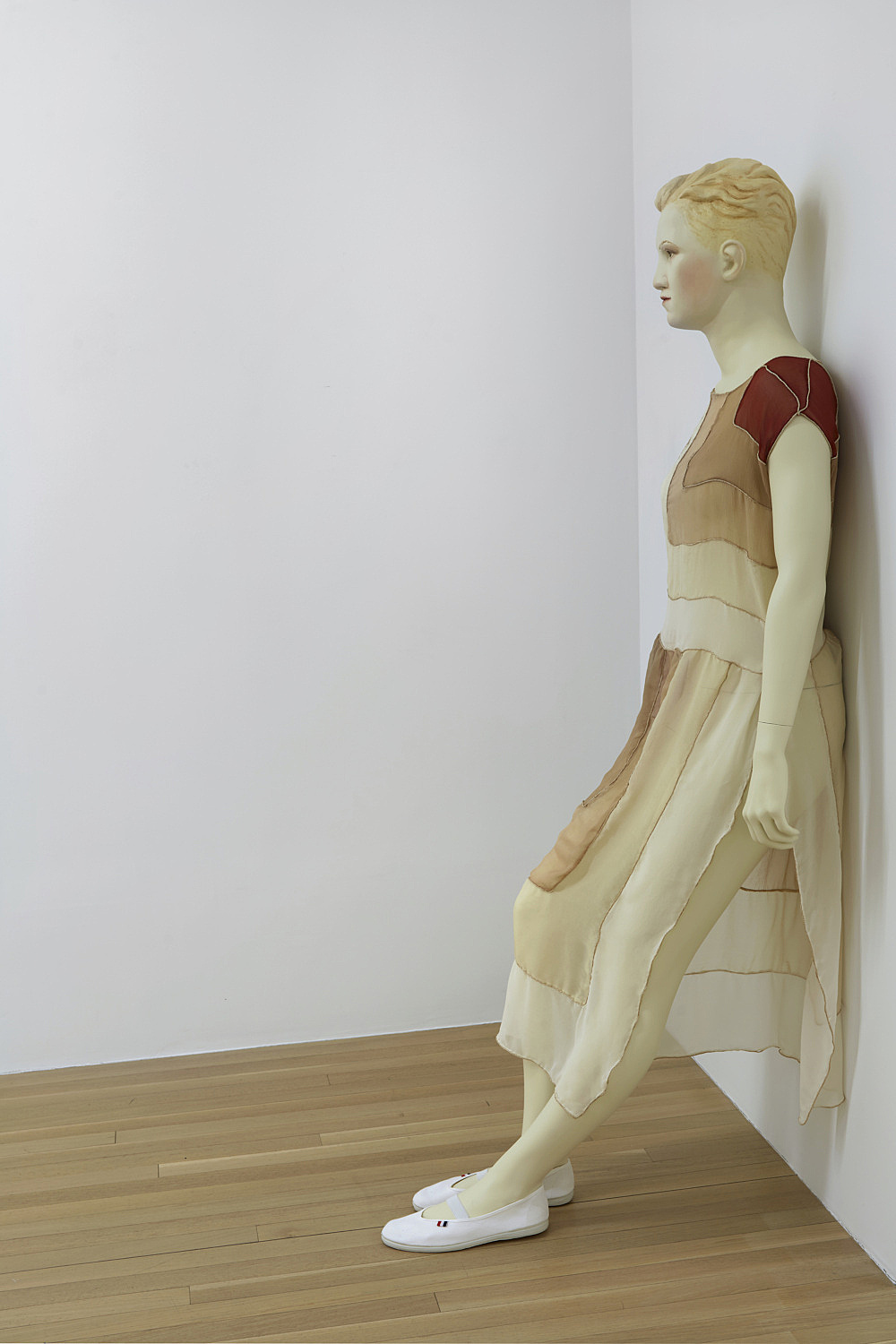