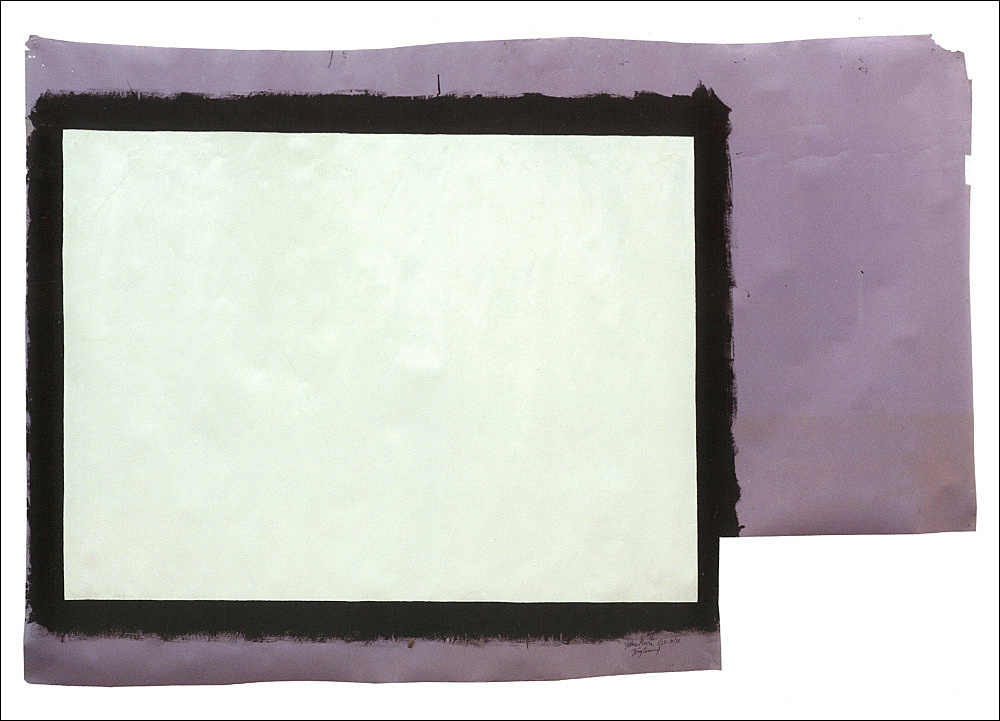 If “a movie” is a system of industrial entertainment production, then it is a studio, a camera, a sprocketed strip of transparent plastic, the projection apparatus, and a theater. On the other hand, if “a movie” is the starting point, on a screen, for the viewer’s experience, then it is not intrinsically any of the above. Industrial entertainment uses issues of narrative or design to ensnare the audience, whereas the movie viewer’s experience simply requires the screen image and duration. The Yellow Movie project centers upon cinema as entailing a screen image and duration.

In seeking to dismantle the authoritarian boundaries of film culture during 1972-74 I turned to extended duration as a conceptual armature. The Yellow Movies were a solution to the problem of how to produce films that could run for a lifetime. Only by assaulting and occupying the arena of industrial film-material manufacturing (occupied by Kodak, Fuji, Orwo, etc.) could a movie experience be generated that would change almost imperceptibly slowly -“a movie” that would be very slightly, yet measurably sensitive to light. The emulsion that served this purpose was cheap house paint -or, in the case of the video version, day-glo silkscreen ink.

The Yellow Movies were an intervention, a penetration toward the boundary of cinema. What they are now is something different: gauges of age, anti- monuments, cinematic scrolls from a lost era of formal exploration. But unlike the Dead Sea scrolls, the YM’s were not legible in the time of their own making, and so now invite a double reading. The transitive reading that we are entitled to expect of art works today, announces the YM’s as a system of engagement between cinema and painting, a delivery vehicle that flattens out the service contours of an audience. This seems at first to have little to do with the durational extension of the pieces, their intended darkening and patterning with slow aging; but (like history, which is always in the present) the Yellow Movies also, perversely, reverse the direction of duration, and infer a reading back toward a virtual origin at which the terms-audience, service, transitivity, intervention-were part of a future vocabulary 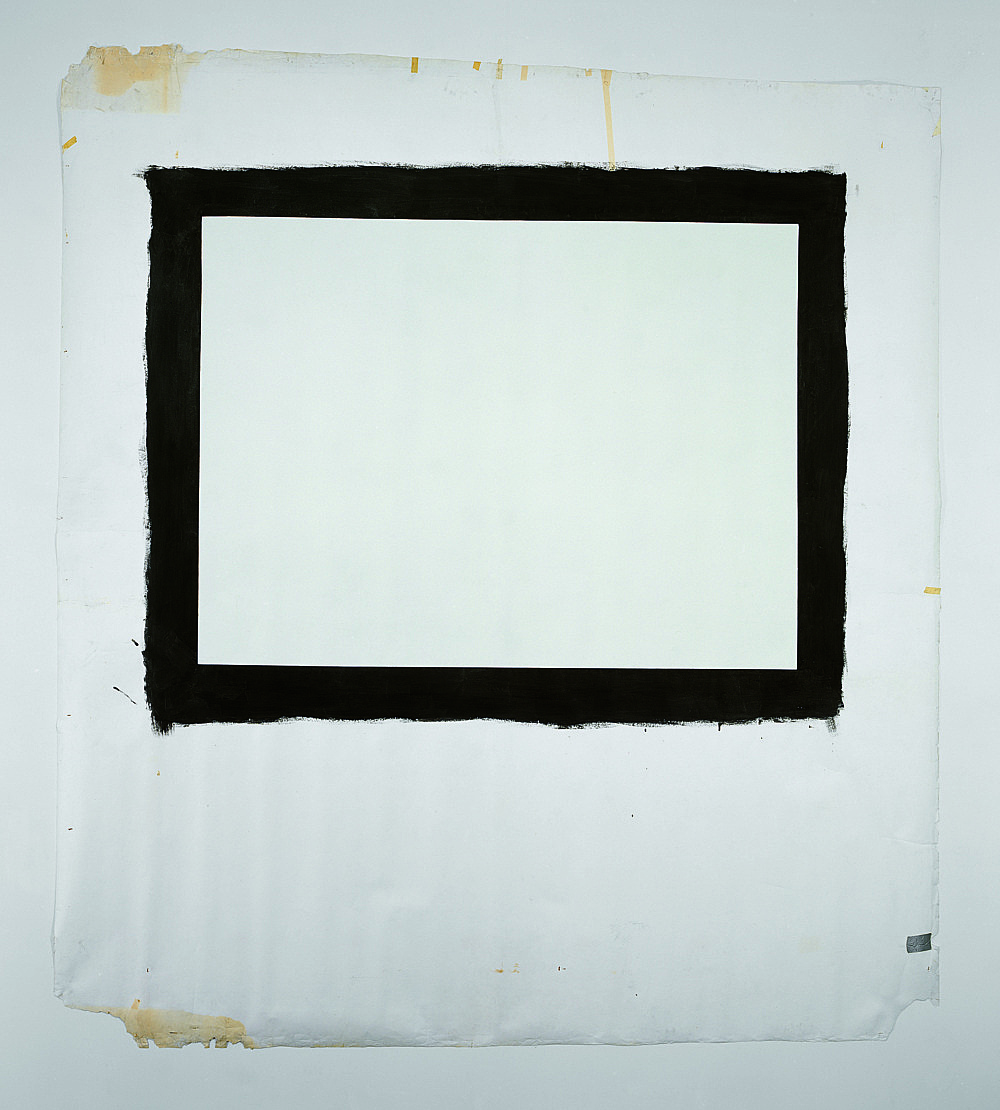 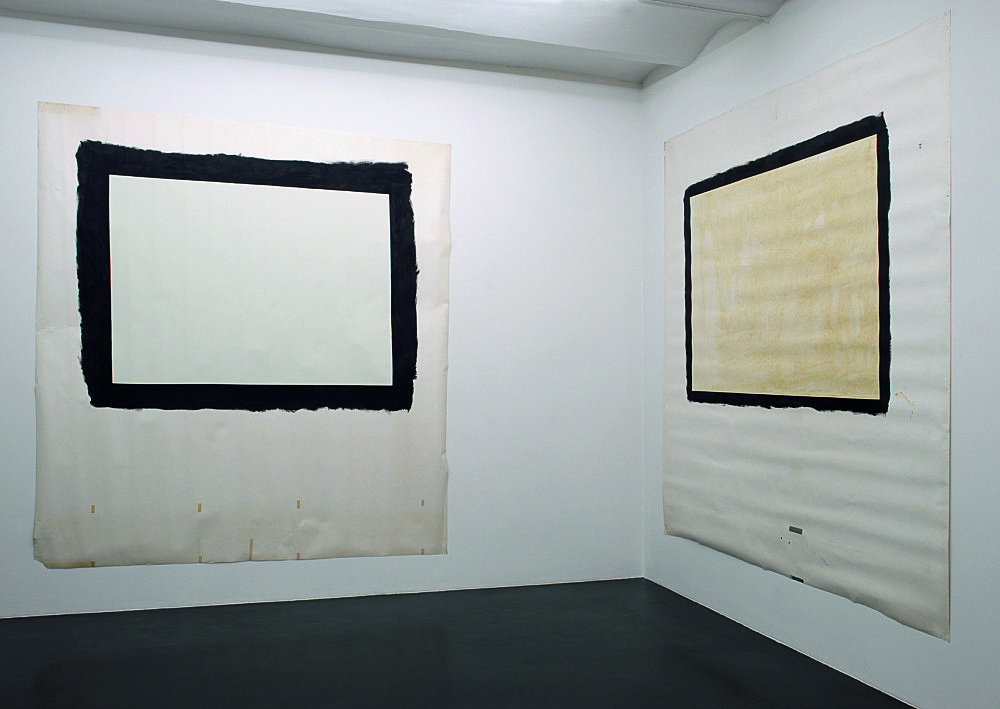 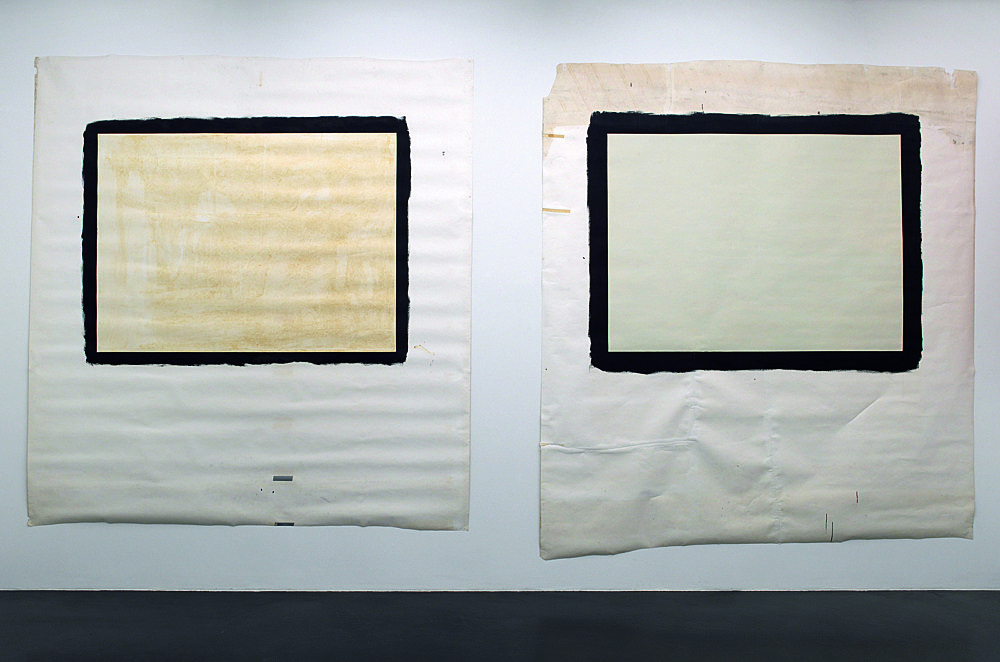 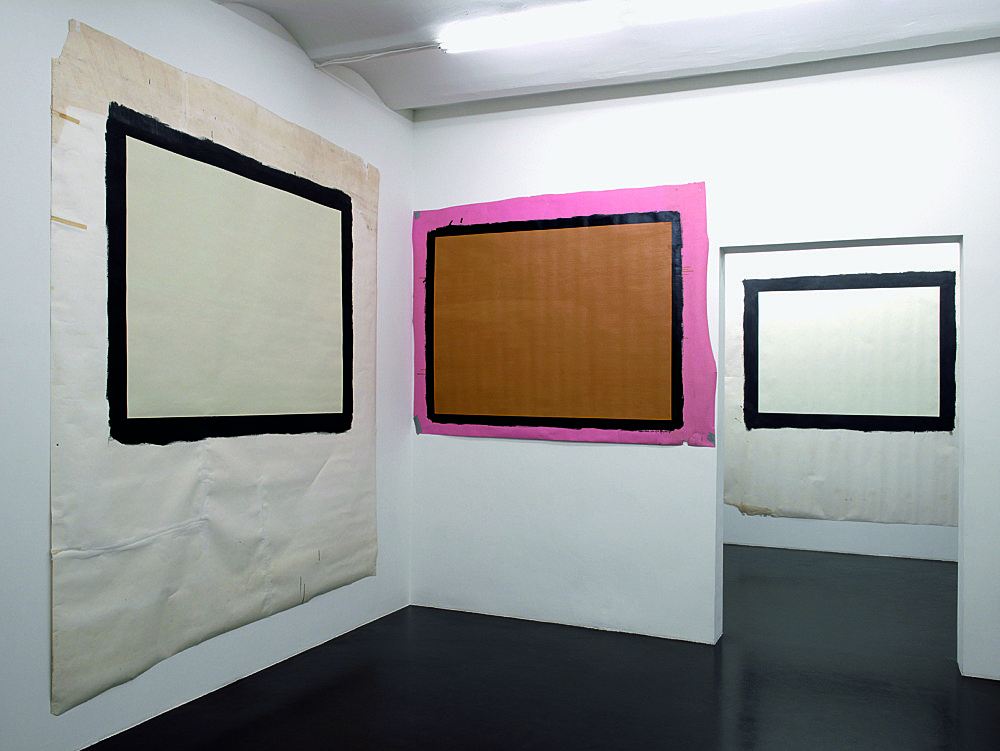 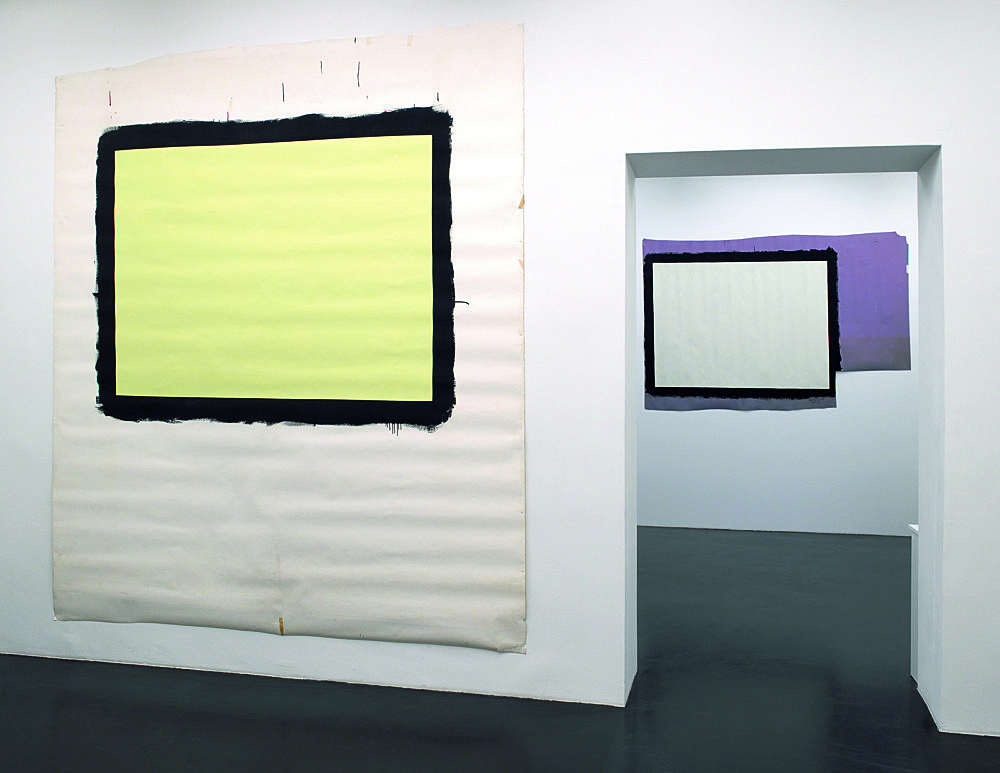 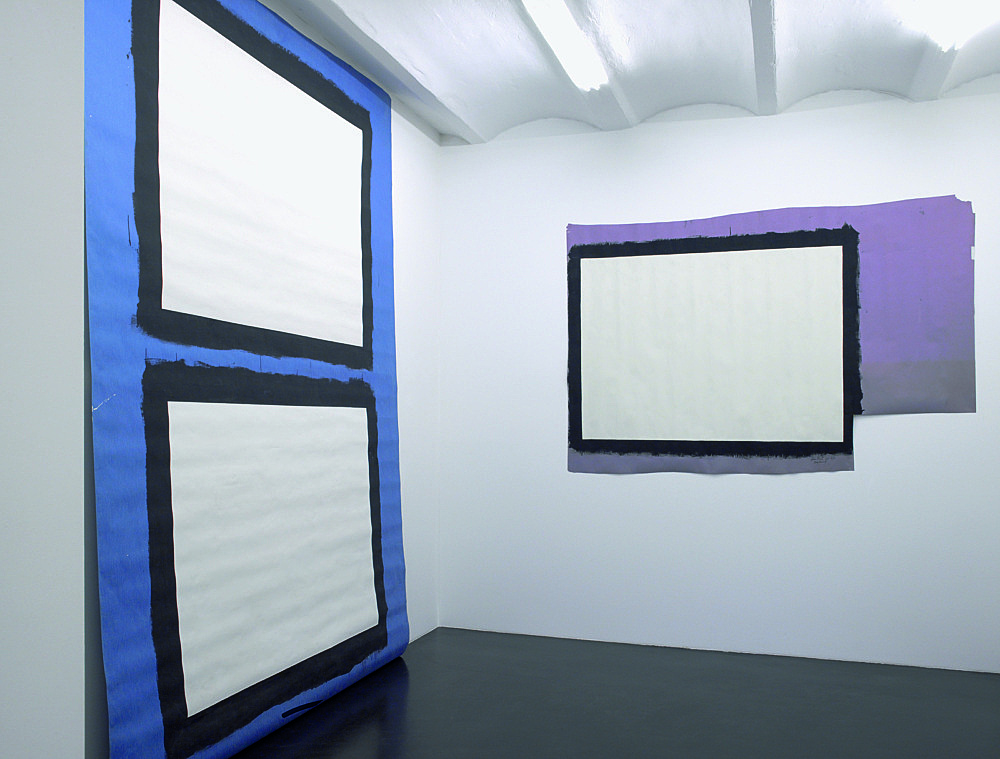 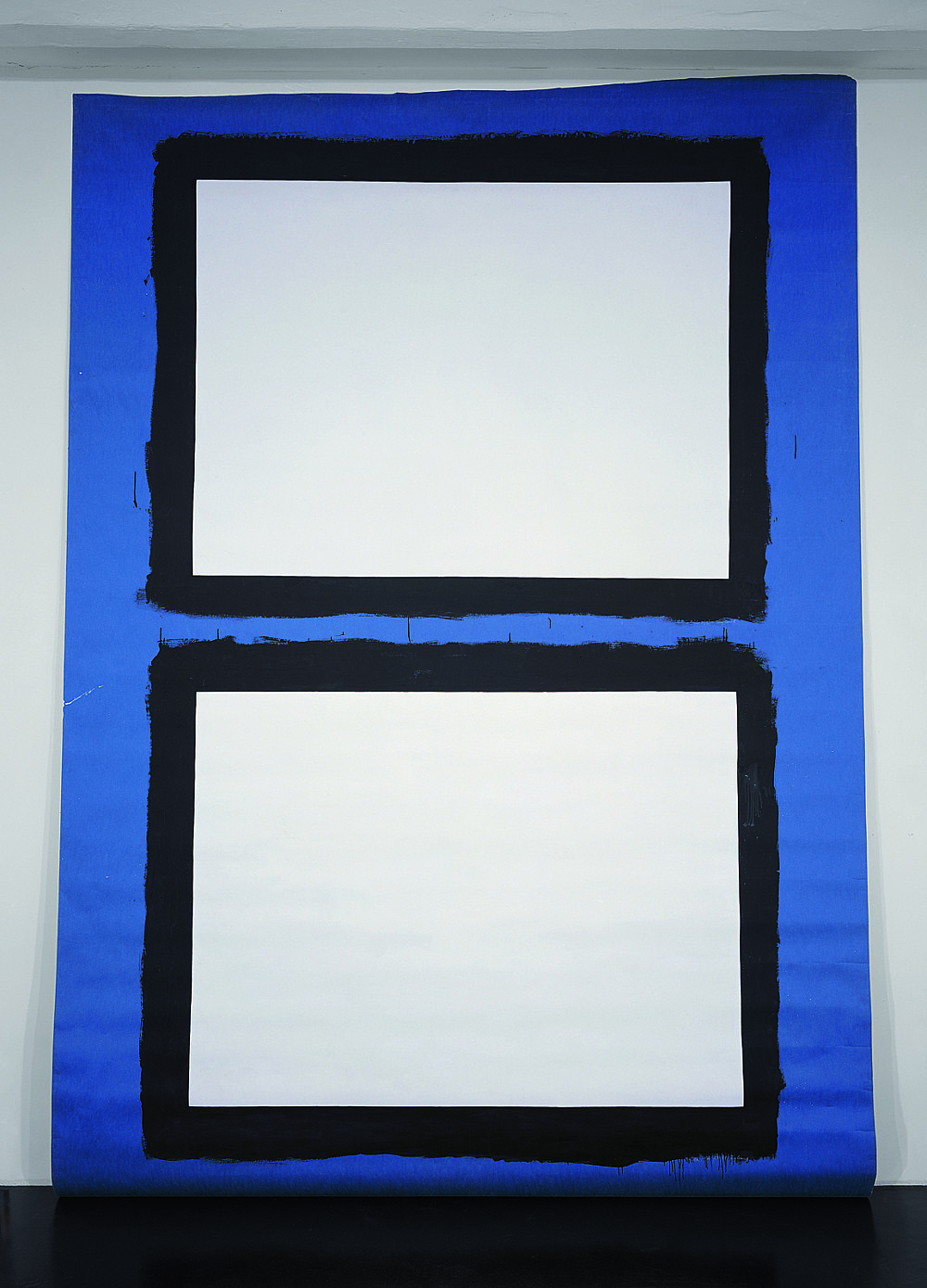