Melvin Edwards (born 1937) is a pioneer in the history of contemporary African-American art. Born in Houston, Texas, he began his artistic career at the University of Southern California, where he met and was mentored by Hungarian painter Francis de Erdely. In 1965 the Santa Barbara Museum of Art organized Edwards’ first solo exhibition, which launched his career. He moved to New York City in 1967, where shortly after his arrival, his work was exhibited at the then newly opened Studio Museum, and in 1970 became the first African-American sculptor to have works presented in a solo exhibition at the Whitney Museum.

Edwards’ work reflects his engagement with the history of race, labor, and violence, as well as with themes of the African Diaspora. Making welding his preferred medium, his compositions are studies in abstraction and minimalism. Edwards creates sculptures by welding metal objects such as tools, knives, hooks, and machine parts to construct objects distinguished by formal simplicity and powerful materiality. He is best known for his sculptural series “Lynch Fragments”, which spans three periods: the early 1960s, when he responded to racial violence in the United States; the early 1970s, when his activism concerning the Vietnam War motivated him to return to the series; and from 1978 to the present, as he continues to explore a range of themes. Edwards has felt deeply connected to Africa and the African Diaspora since the 1970s, when he and his late wife, the poet Jayne Cortez, began visiting the continent. He taught metal-welding in several countries, establishing workshops and mentoring a younger generation of African welders. Edwards has had a longstanding commitment to public art, working on projects for public housing and universities since the 1960s.

For the gallery’s first exhibition with Melvin Edwards, the artist’s first solo exhibition in Germany, we show “Lynch Fragments” made between 1986 and 2012, which are dedicated to specific people and places that are important to Edwards, such as his friend the painter Emilio Cruz, the political activist Samora Machel, the artist’s brother Dan, places in Africa that are of personal significance to the artist, and the street number of his former New York address.

Also on view is “Maquette for Confirmation”, 1989, a model for a steel sculpture that was realized in front of the Joseph P. Addabbo Federal Building, Social Security Regional Headquarters, in Jamaica Center Plaza, Jamaica, Queens. The work’s title refers to jazz musician Charlie Parker’s music piece “Confirmation” (1946). Edwards’ sculpture “Combination”, 2005, includes a recurring motif which primarily appears in his public sculptures: the “Chain Column”, a vertical column of steel chain segments. We are delighted that Melvin Edwards came to Berlin on the occasion of the exhibition to install it on-site. The artist developed a new installation specifically for the exhibition, made out of barbed wire and a steel chain. This installation derives from a drawing made in 1971, which will be on view alongside other drawings from the early ’70s.

Melvin Edwards’ work was recently the subject of a survey exhibition Melvin Edwards: Five Decades, curated by Catherine Craft, Nasher Sculpture Center, Dallas, TX and Columbus Museum of Art, OH and was part of the exhibition Postwar – Art Between the Pacific and Atlantic 1945 – 1965, Haus der Kunst München, Munich, Germany. His works will also be included in the exhibition Soul of a Nation: Art in the Age of Black Power, curated by Mark Godfrey and Zoe Whitley, at Tate Modern, London this summer. 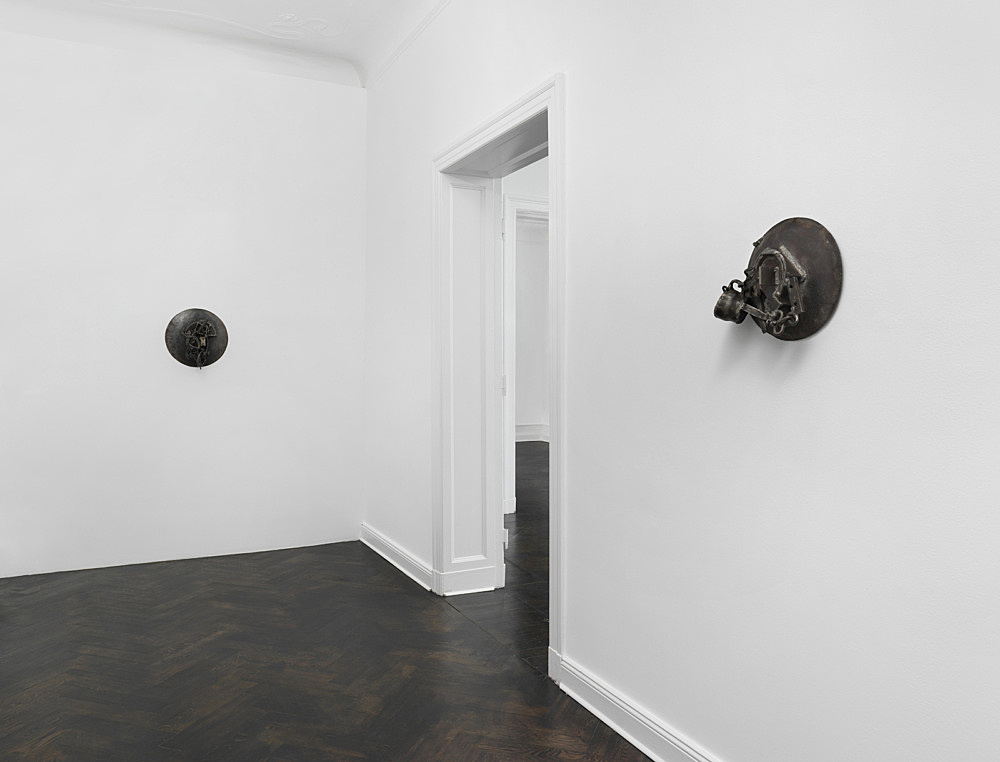 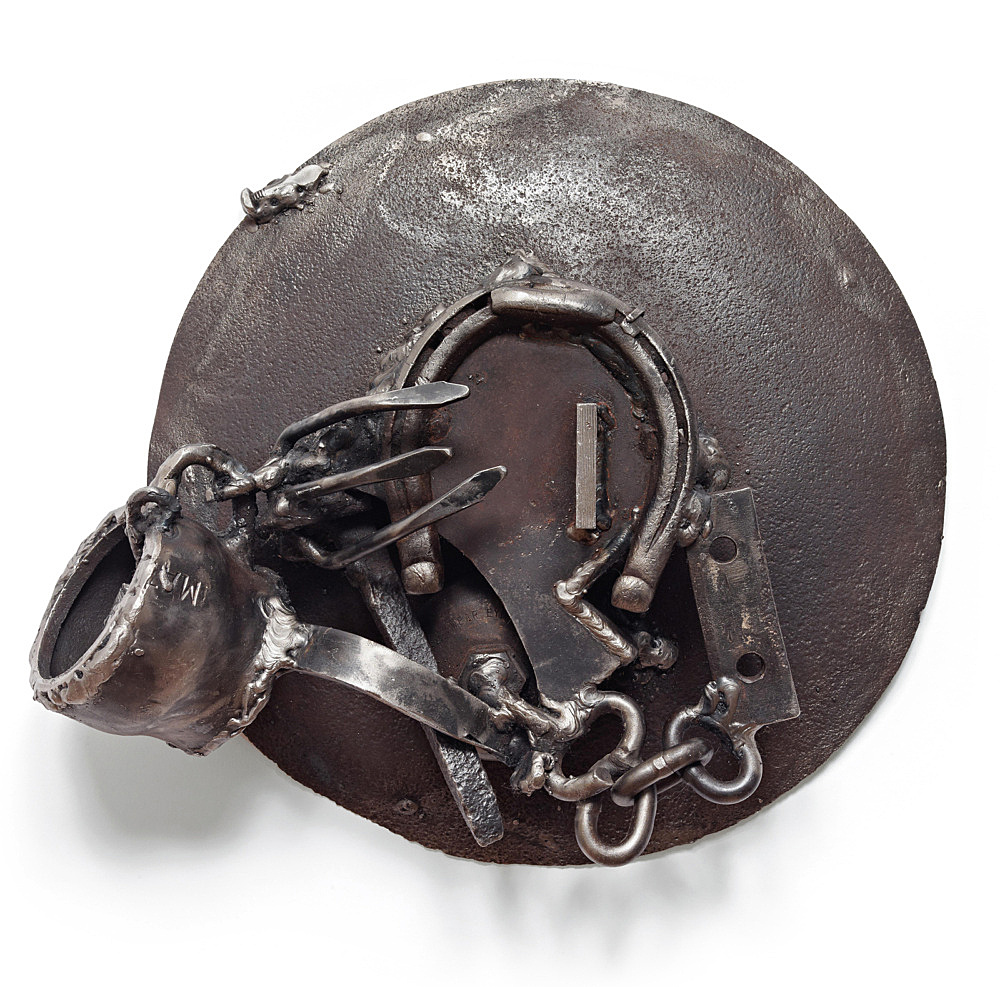 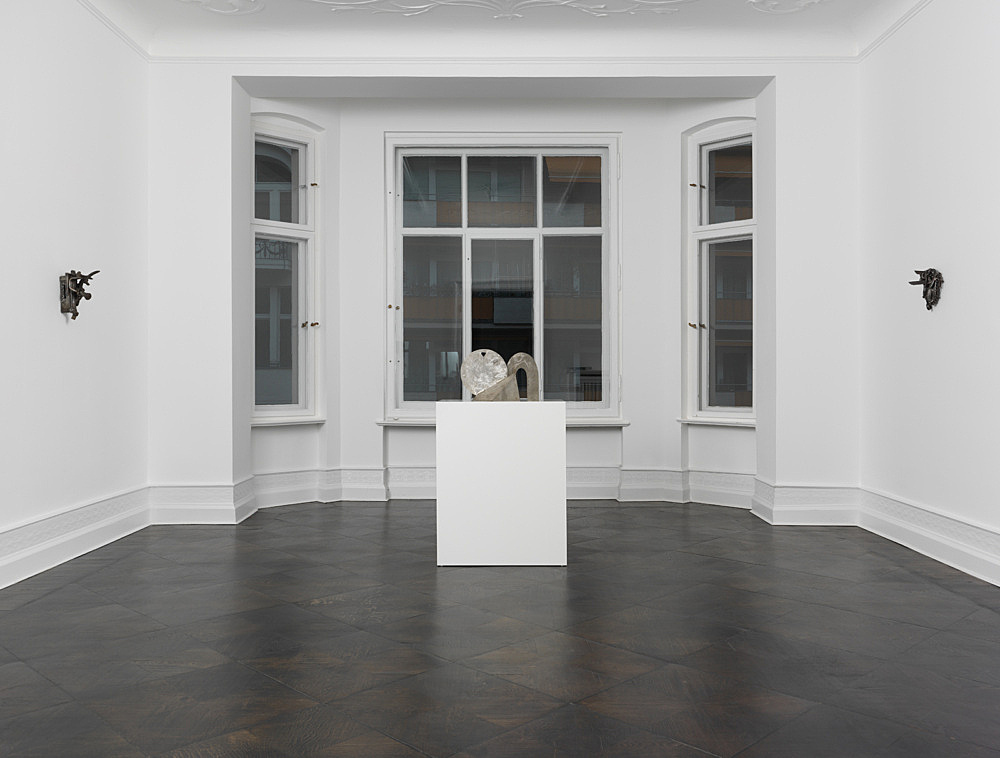 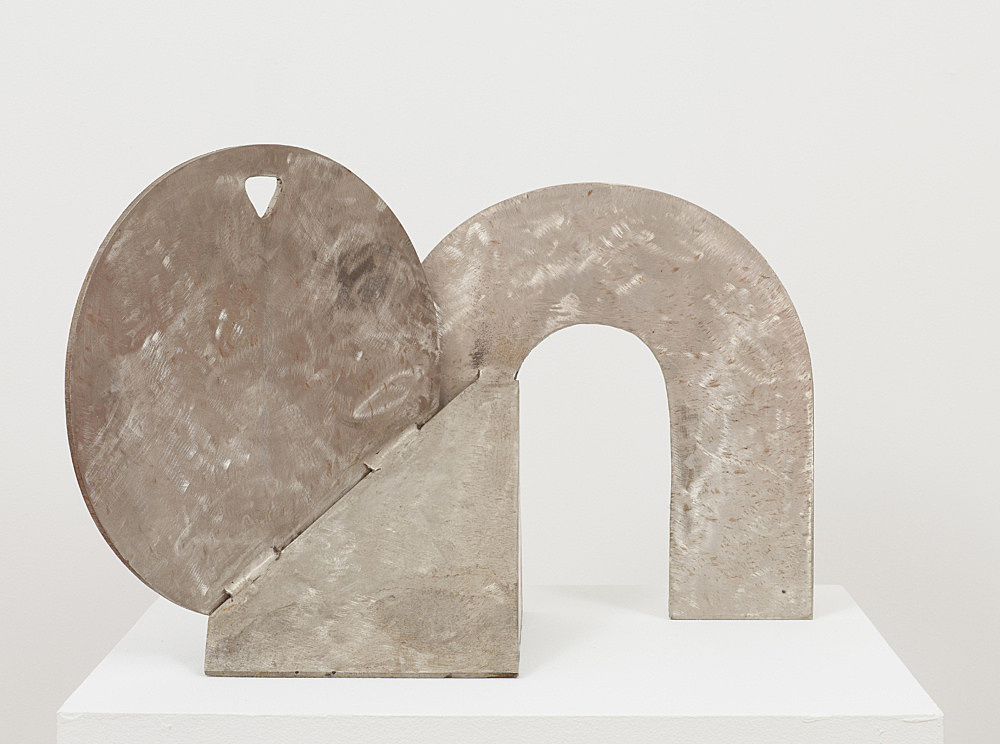 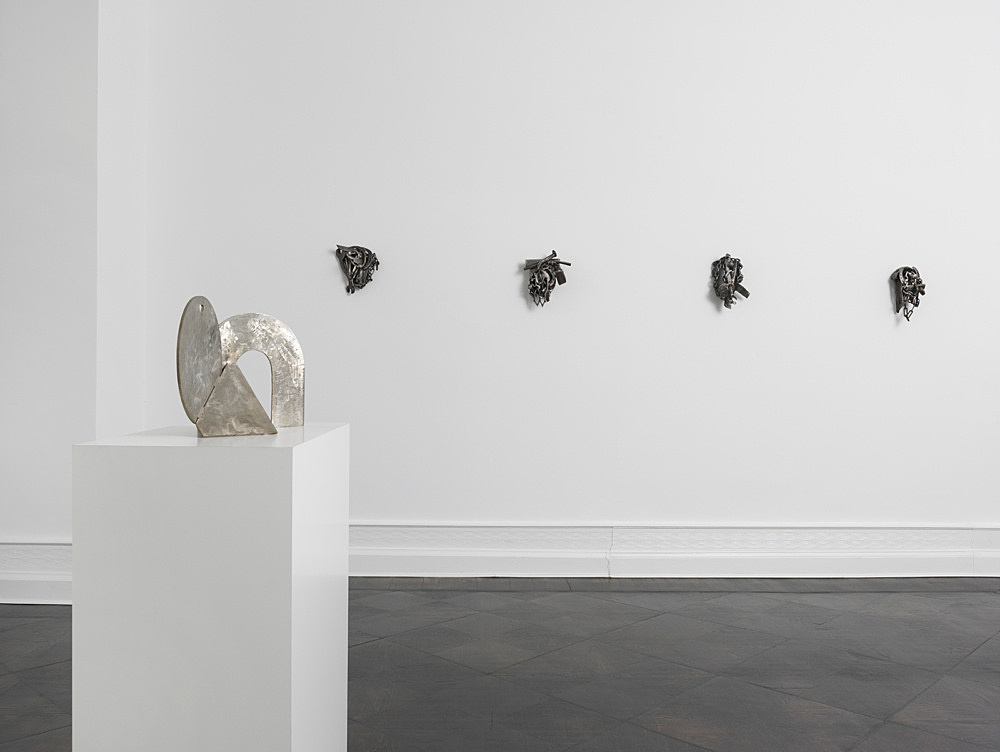 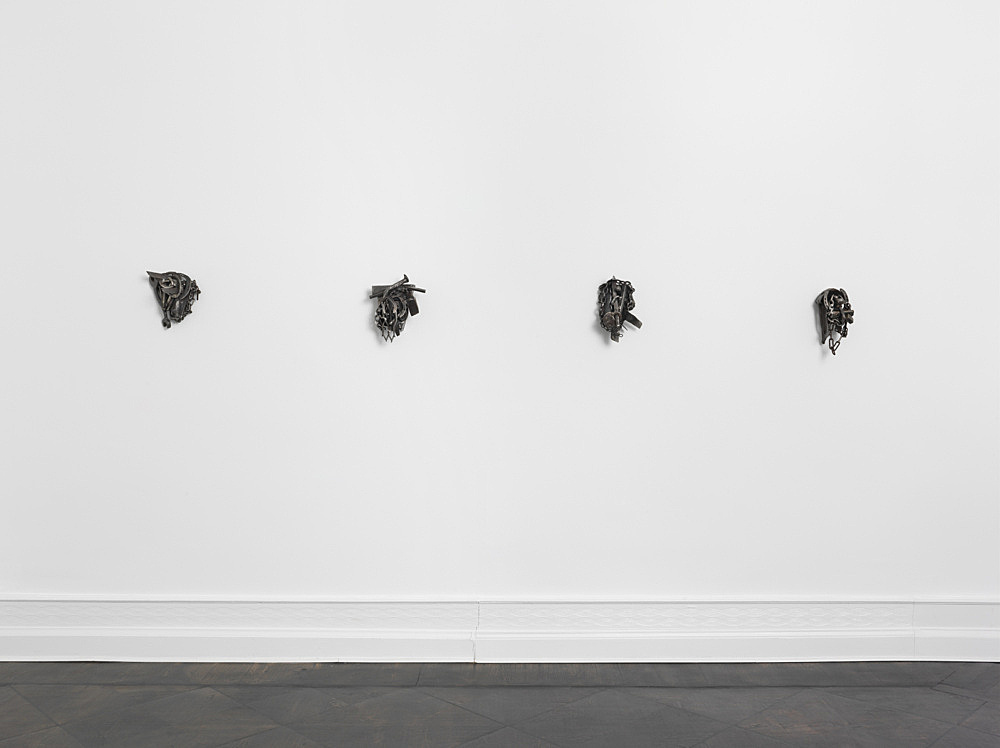 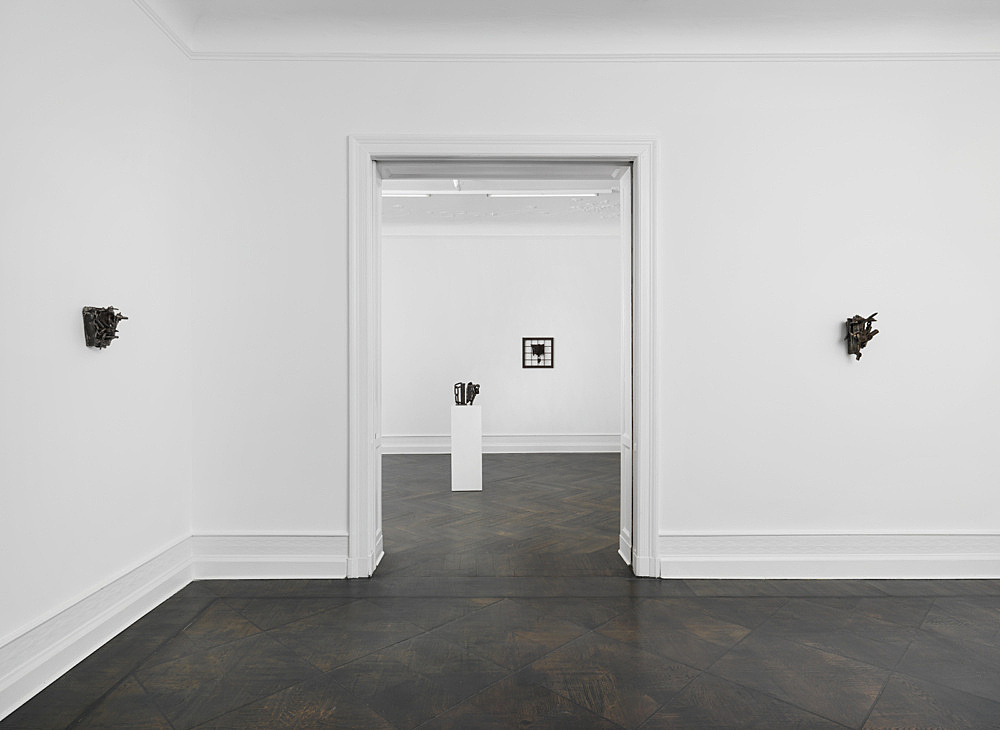 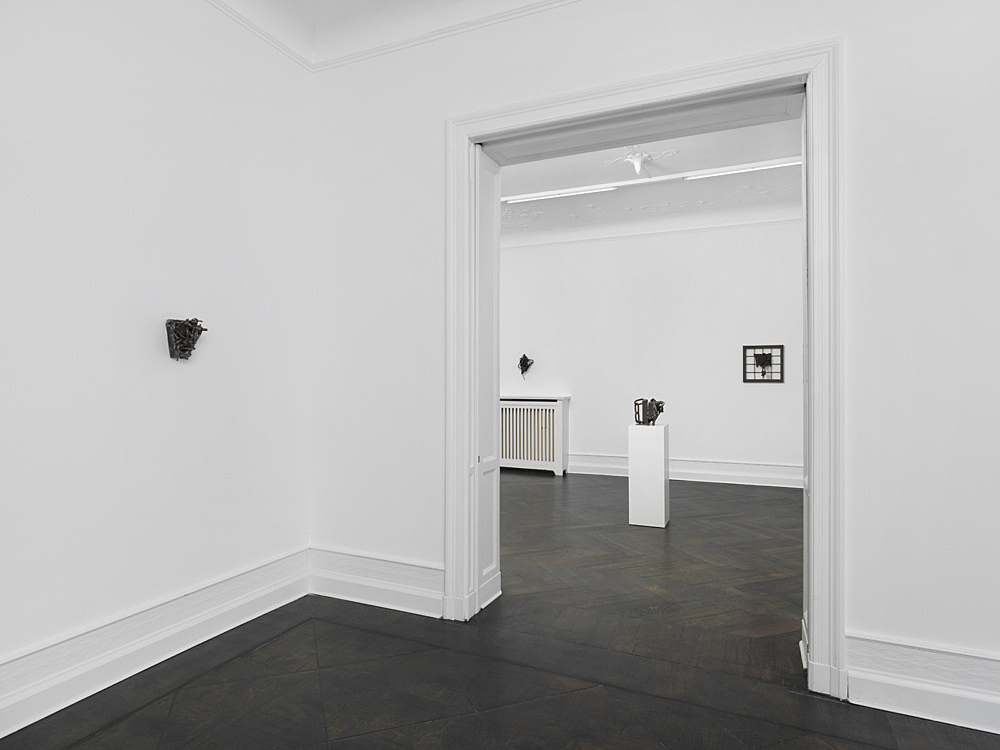 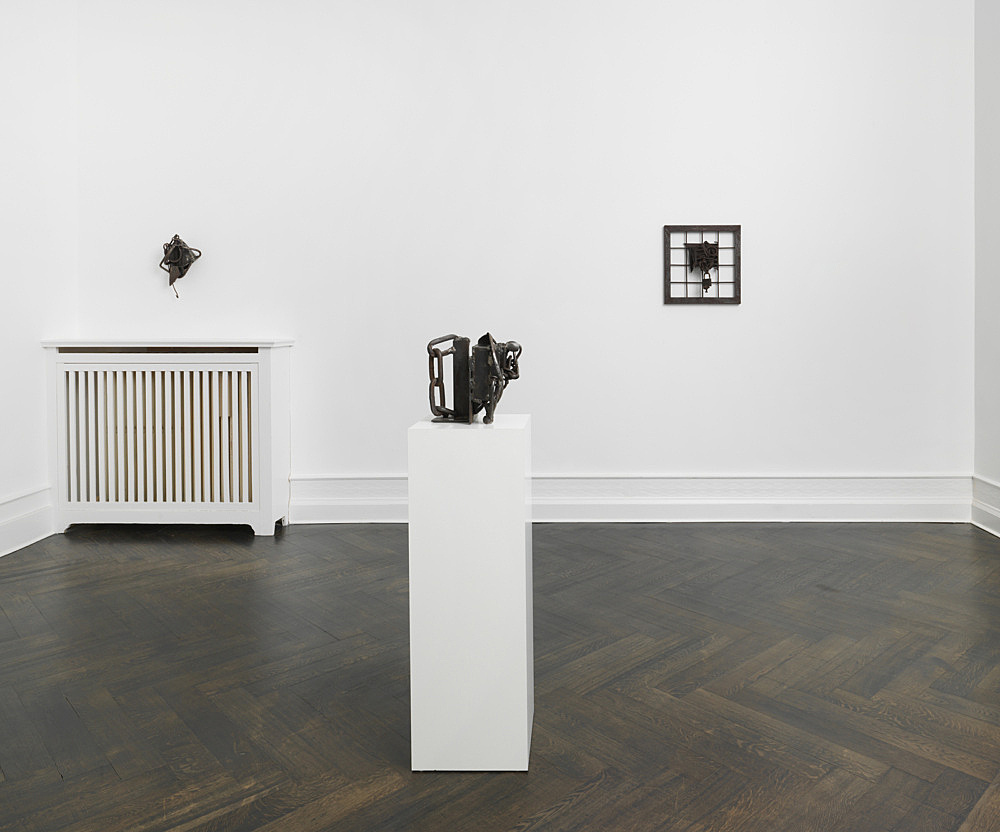 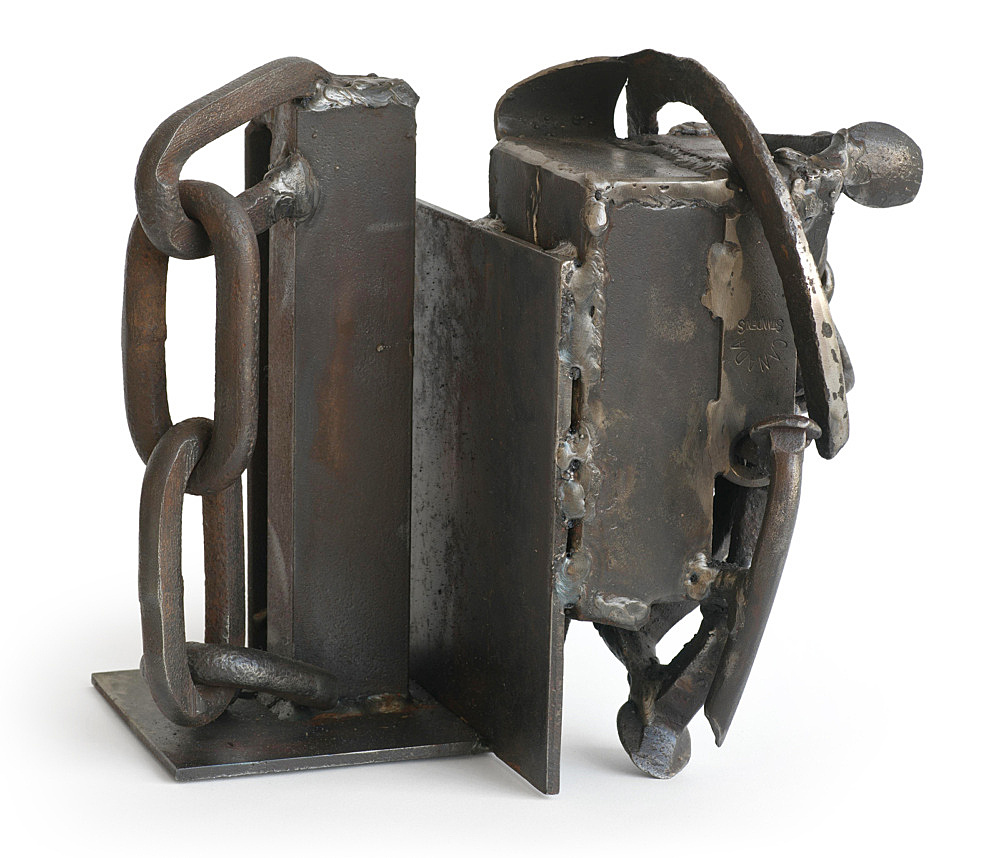 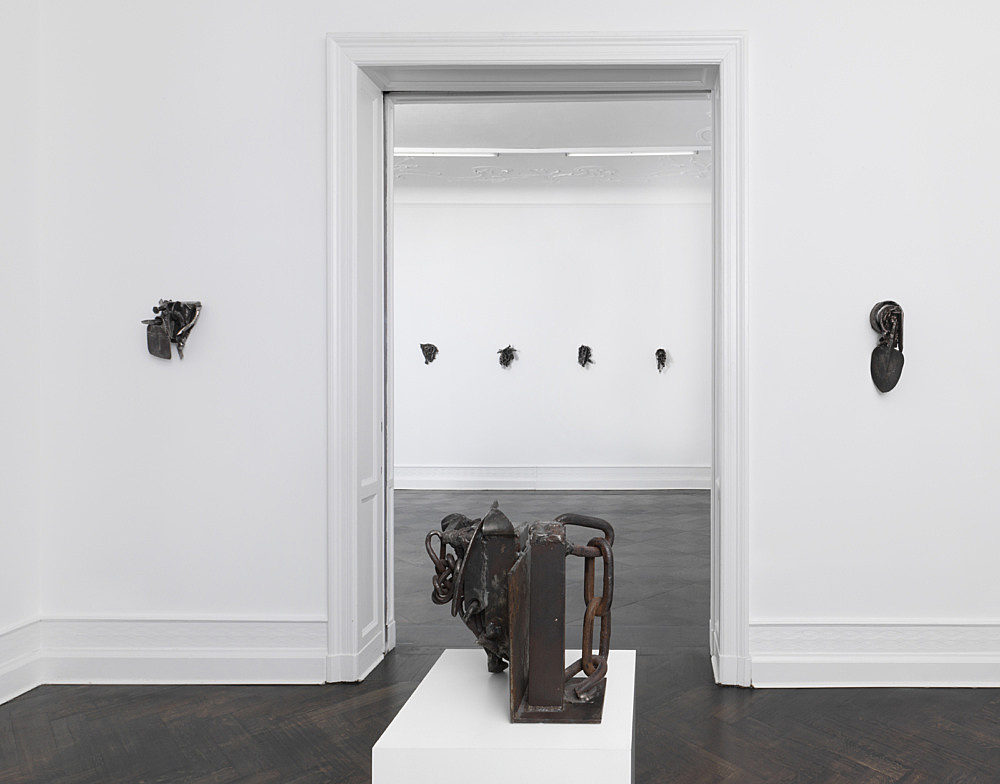 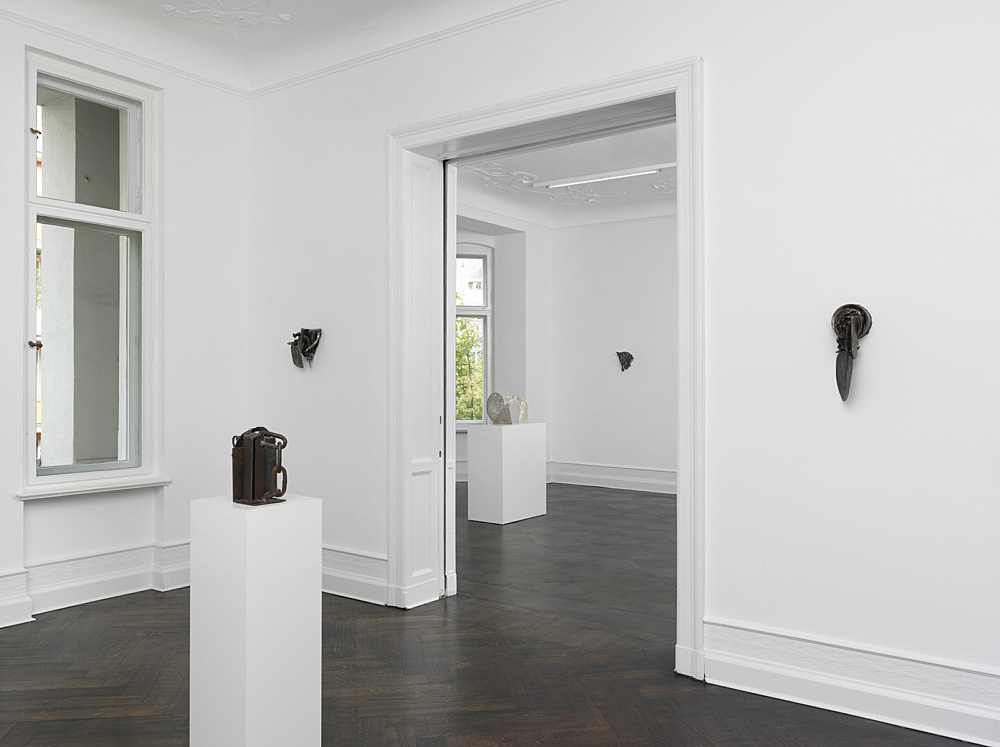 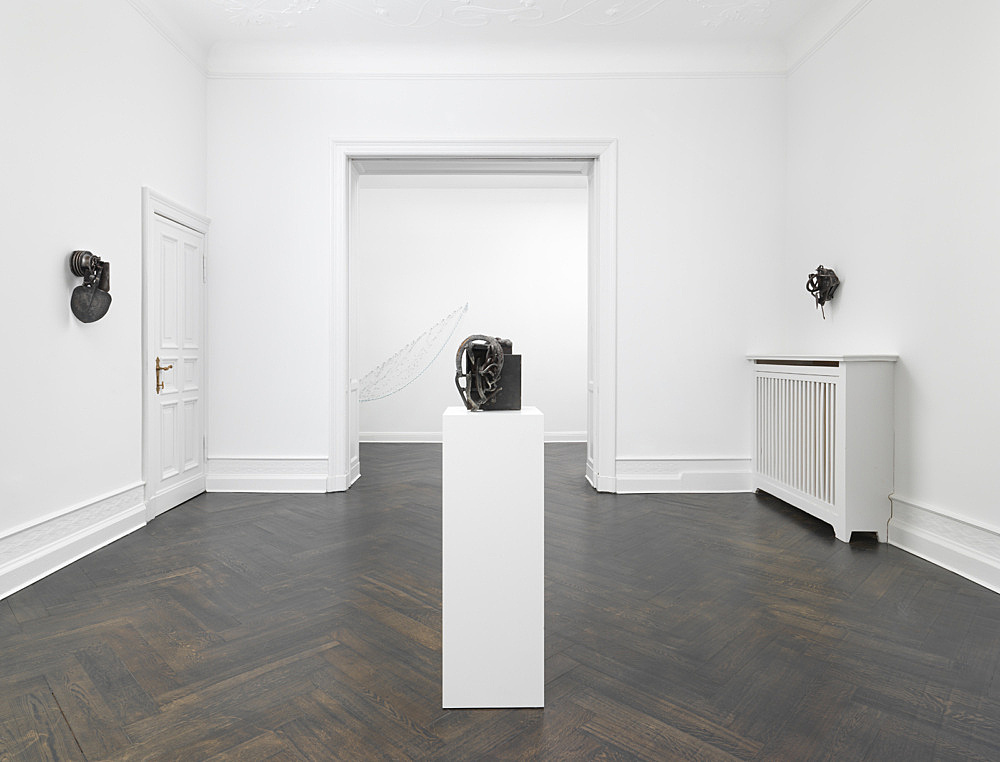 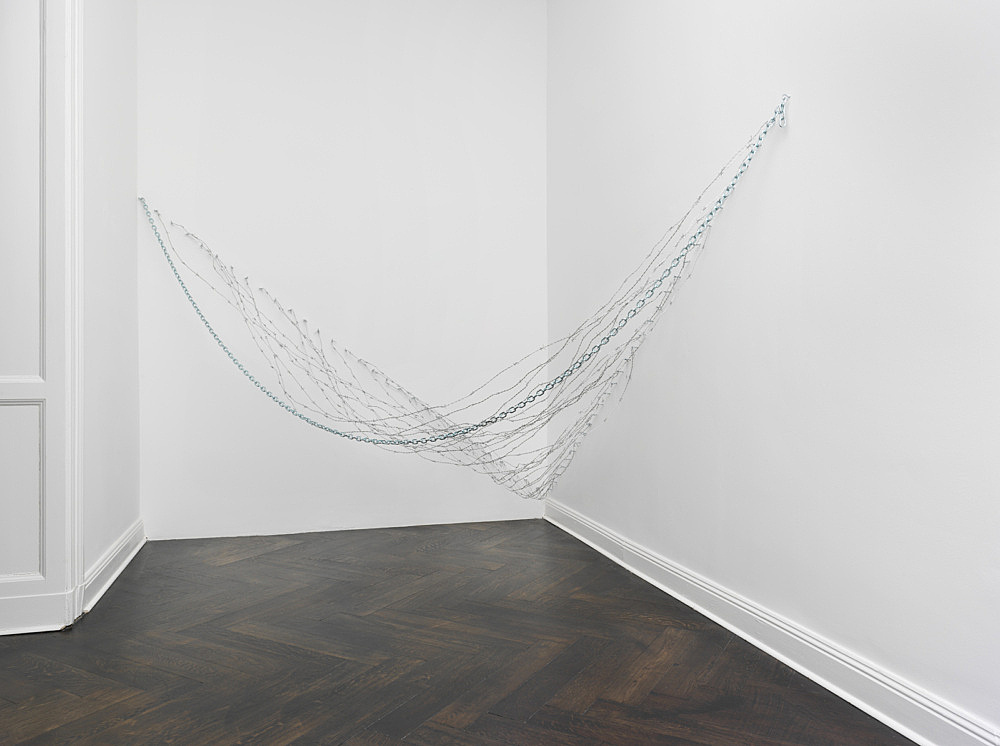 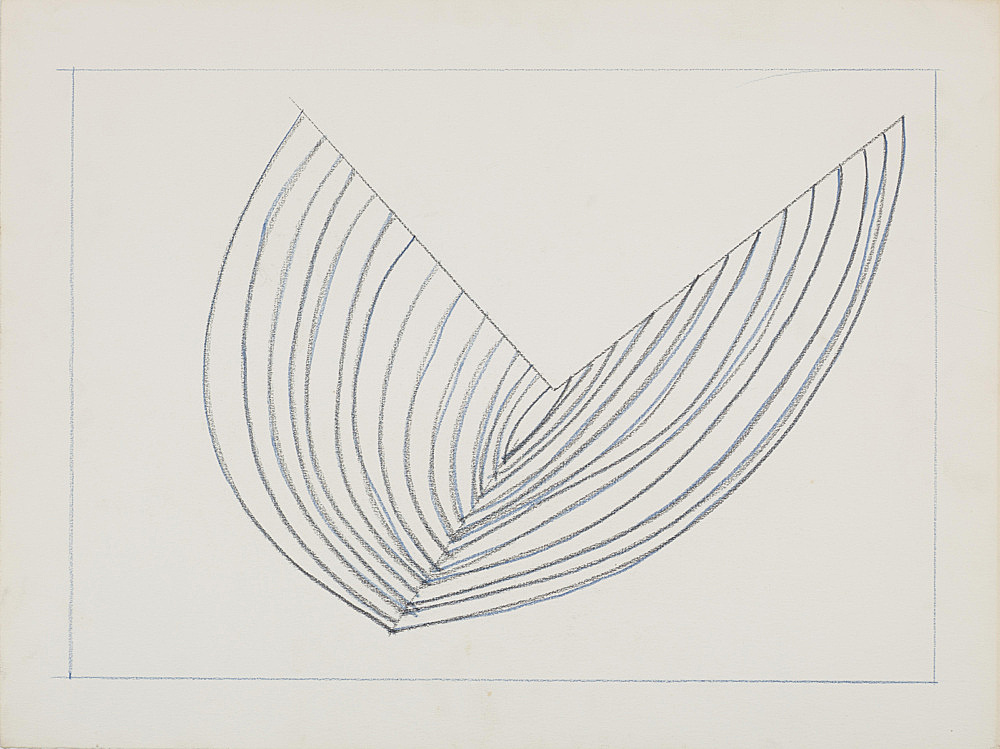 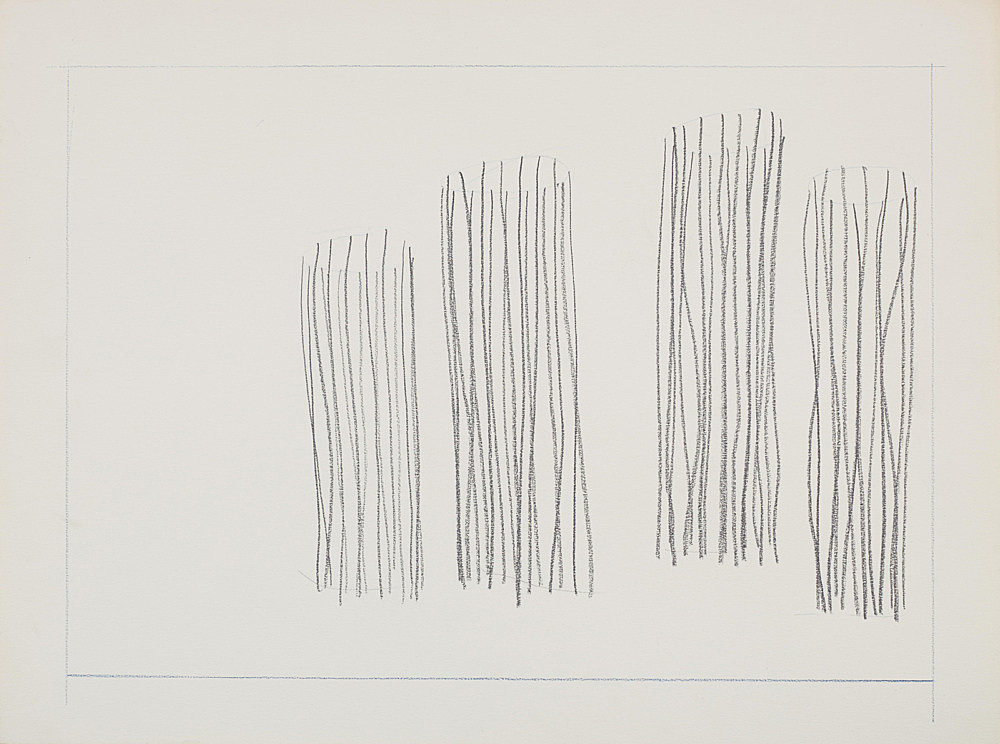 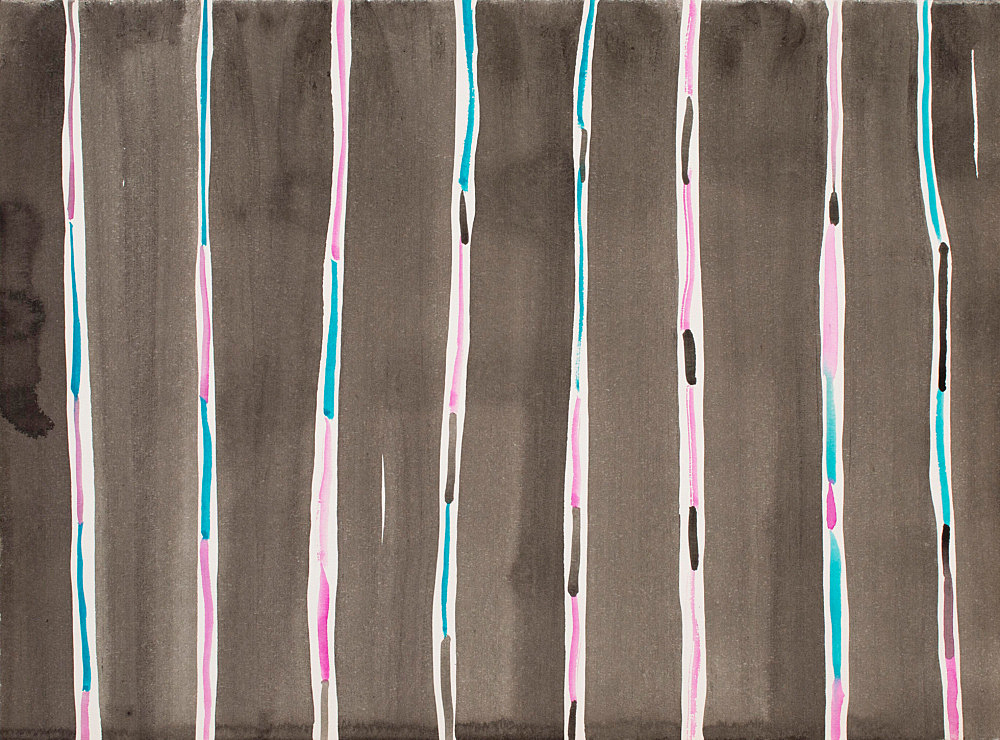 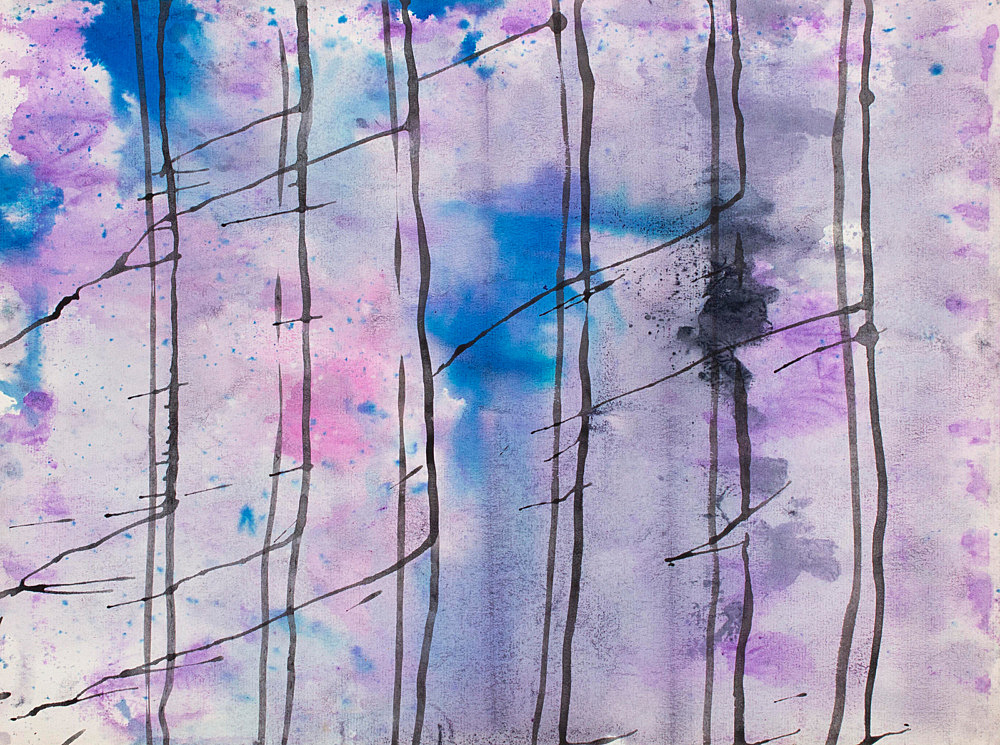 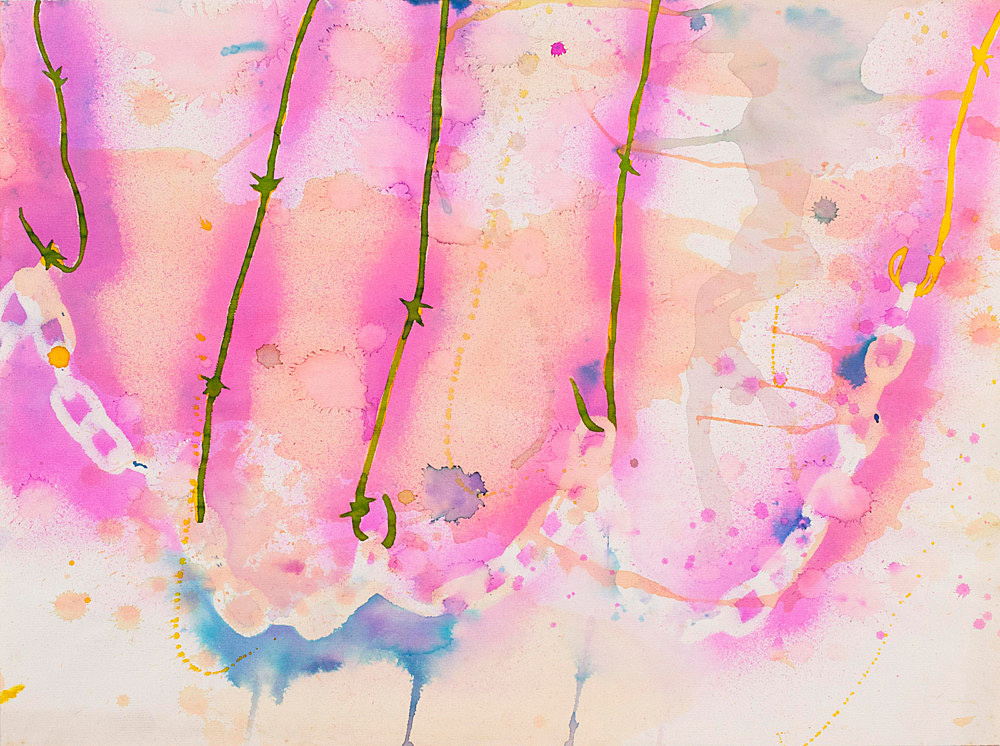