“Inspired by Inspired by” presents a selection of work from the exhibition “Inspired by an Atlas of Leprosy”, which was held at Galerie Buchholz, Berlin, in November 2015. Here, the paintings and sculptural furniture, displayed in the form of abstracted period rooms, function as material with which to examine how elements of décor are used to contextualise particular artworks, and conversely, how fine art adds value to design.

“Inspired by an Atlas of Leprosy” was a simulation of a private dwelling – the quintessential ‘live-work’ interior associated with young cultural entrepreneurs. The members of this social group are characterised as having lifestyles in which the traditional boundaries between industry, leisure and intimacy have apparently dissolved, and in which their principles are reflected in the spaces they inhabit. The furnishings of the apartment, however, ignored this stylistic doctrine, eschewing bare bricks and transparency for patrician marble and the trappings of bureaucracy.

Marble can symbolise authority, evoking interiors constructed in an age when those in power had limitless means at their disposal. It also represents the prized status of natural resources. This, for McKenzie, has parallels with the contemporary cult of the authentic, mimicking the way political and ecological alternatives, subcultures and the historic avant-garde are often embraced as mere content to be mined and polished, instrumentalised through appropriation into works of contemporary art.

McKenzie studied at a private school for decorative painting in Brussels in 2007- 2008, and the commercial techniques she learned there have been central to her work ever since. She employs trompe l’oeil for the faux marble furniture, and in the quodlibet pin-boards and tabletop compositions. These include ‘found’ material derived from sources as random as office interiors, churches, a waiting room and student accommodation. Its labour-intensive mode of production, and its alignment of value with skill, makes the quodlibet an innately conservative idiom; but it is this conservativism that facilitates a tense relationship between form and content. McKenzie is interested in practices whose questionable legitimacy as art has been central to their development and reception. One of these is fashion.

The elaborate staging of the exhibition in Berlin created a unifying narrative for each painting and sculpture in the same way an individual garment or accessory is ‘styled’ for editorial. The kind of figure that the Berlin interior was intended to cater for was the fashion stylist. The contemporary stylist is a major power-broker, working with brands who purchase advertising in the magazines they style for, often being paid in company shares. By giving equal importance to the styling of her work as to its making, McKenzie explores the structures that regulate these power relations.

In the current show the pieces are detached from their original custom-styled apartment and presented in the cruder environment of a buyer’s showroom. They are grouped into the kind of simplified décor arrangements used by museums to display paintings that are deemed in need of stylistic context. Painting always relates to parallel design practices, but these are only brought together in certain elected instances, where the painting’s function is to ventriloquize a milieu (the Bauhaus or Vienna Secession for example). The truncated groupings for rooms such as the ‘Maid’s room’ or ‘Office’ also simultaneously look like the viewing room of a high-end furniture auction house. Here, the design object is elevated by the same mutually supportive system of value that designates a painting as either decorative or otherwise. 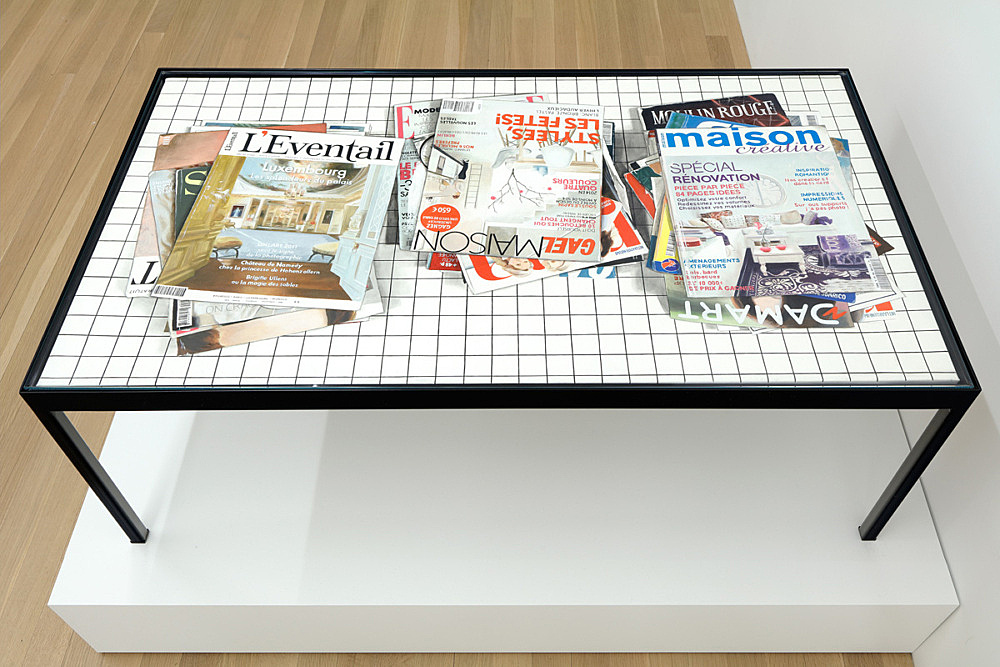 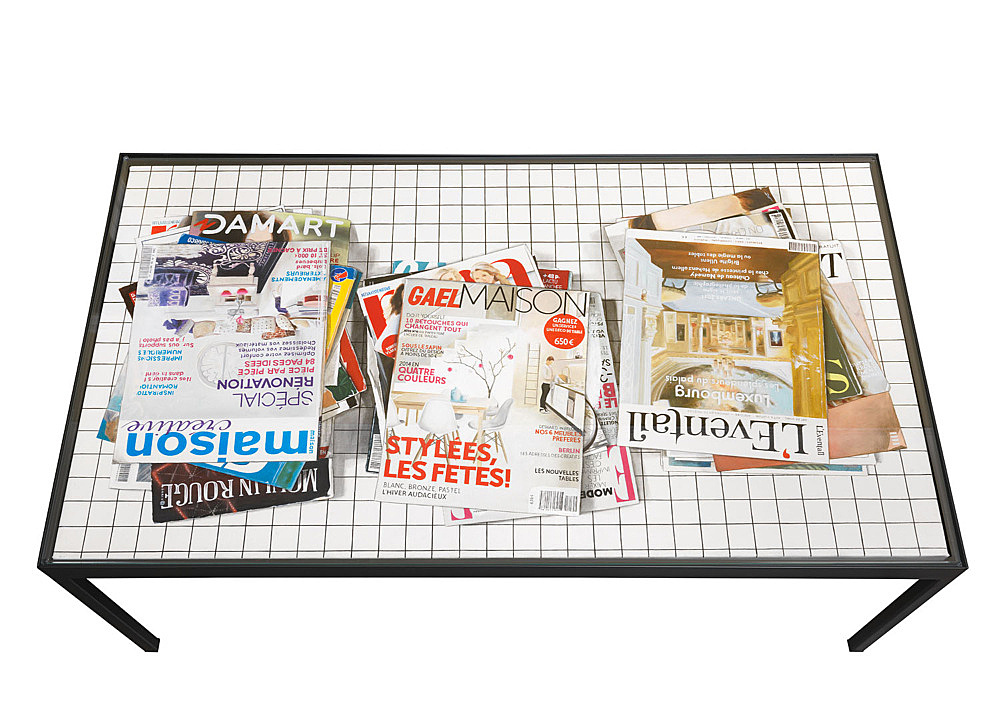 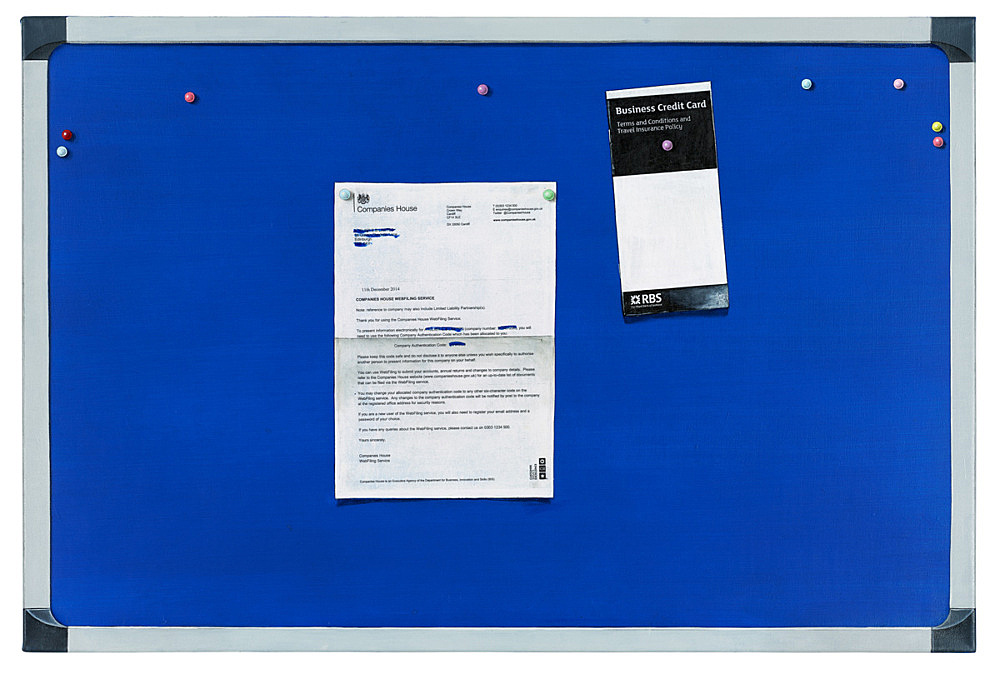 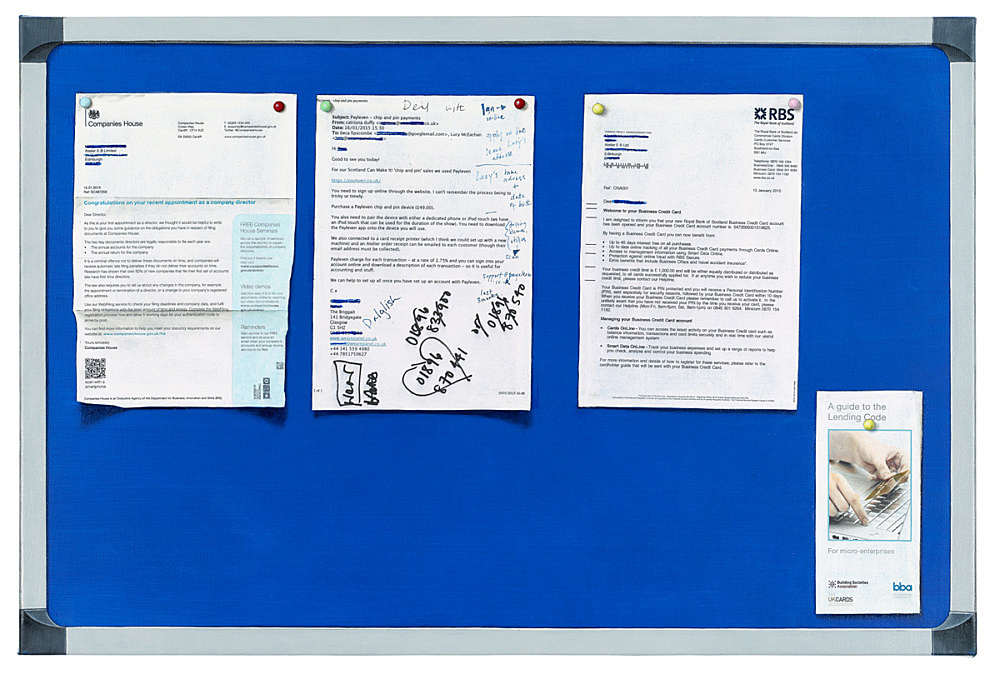 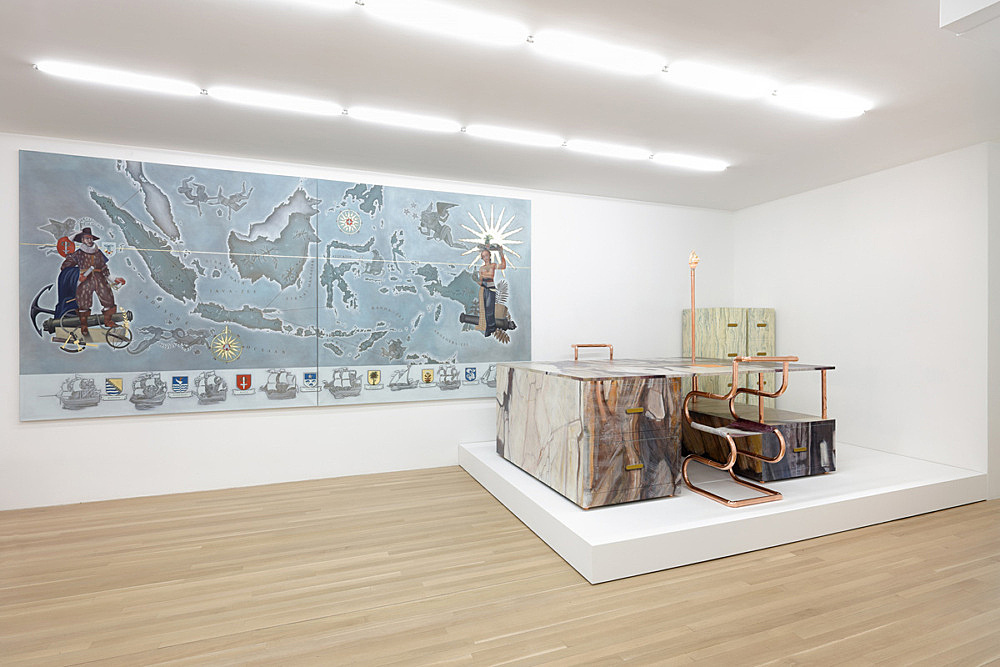 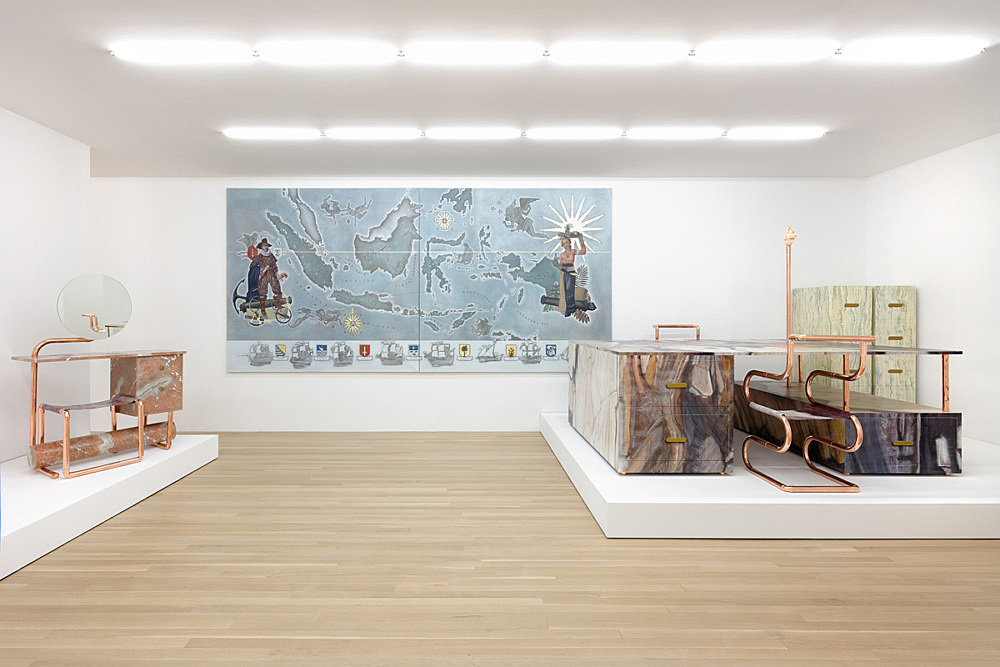 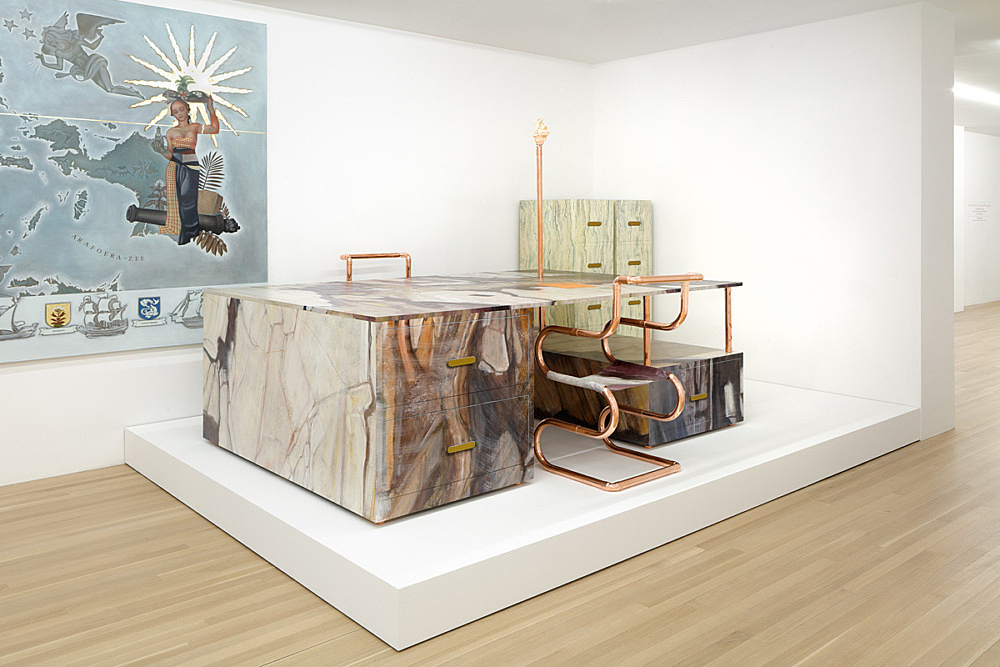 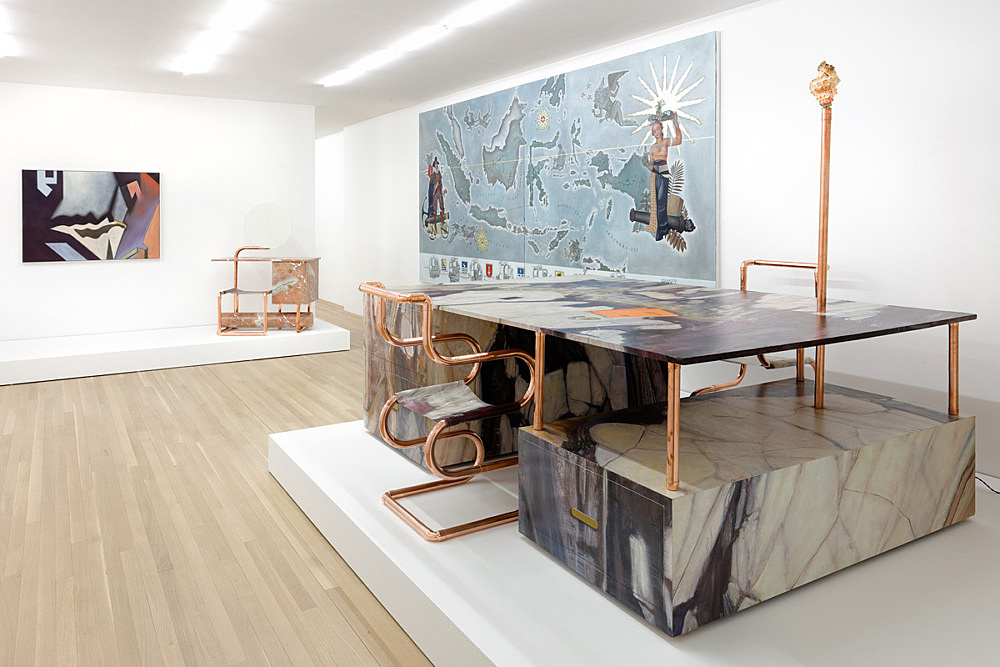 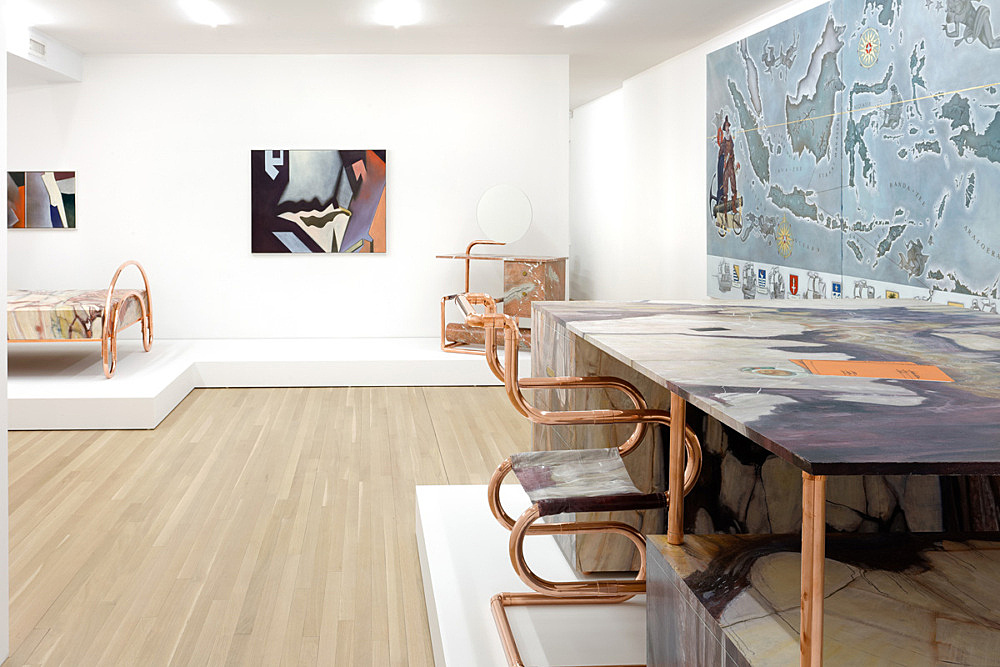 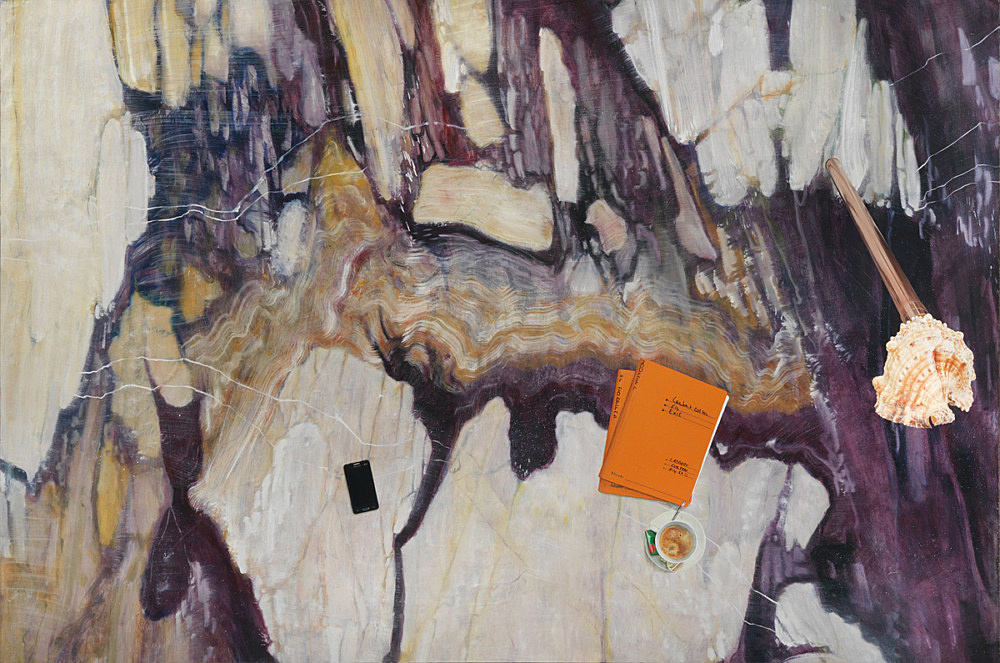 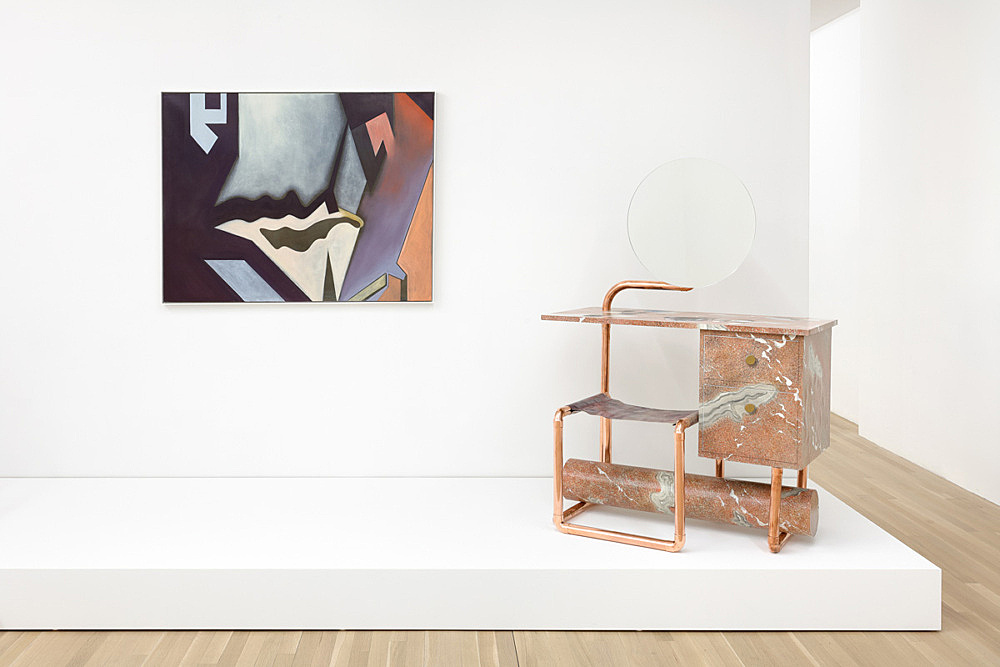 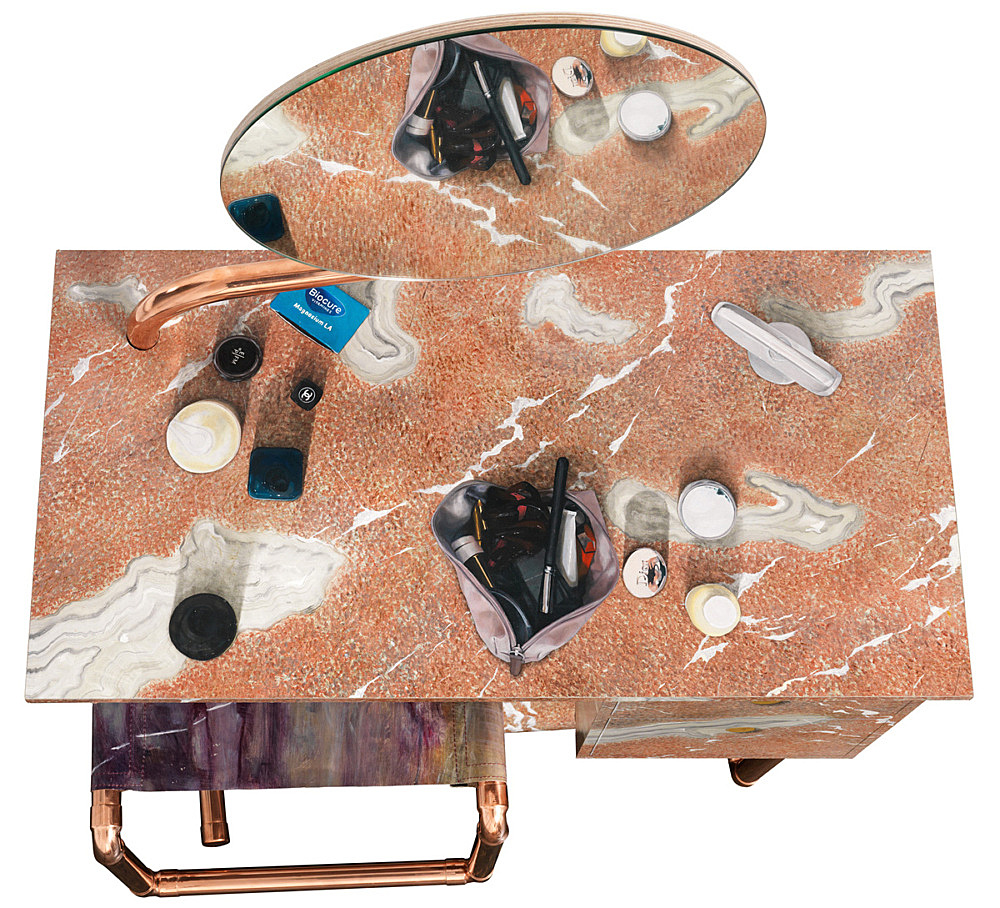 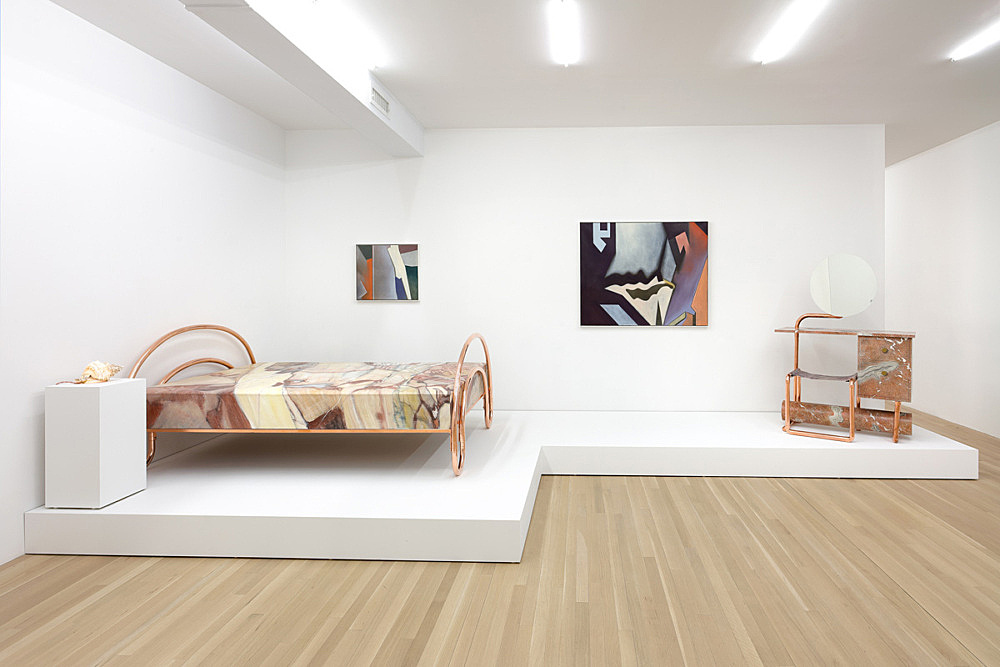 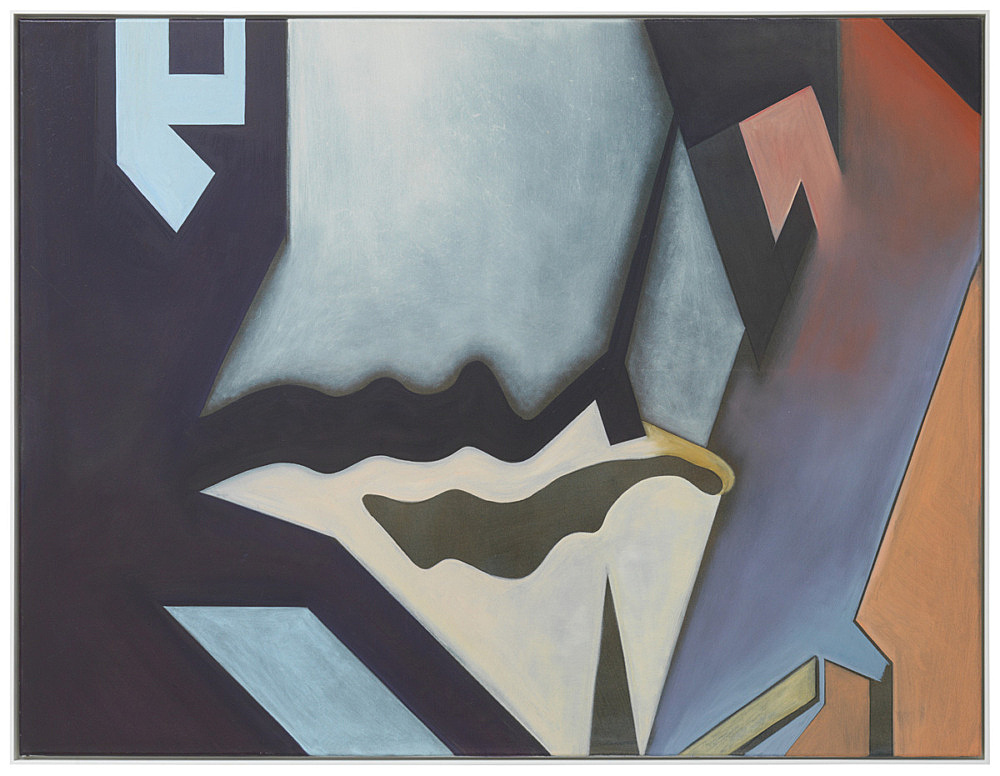 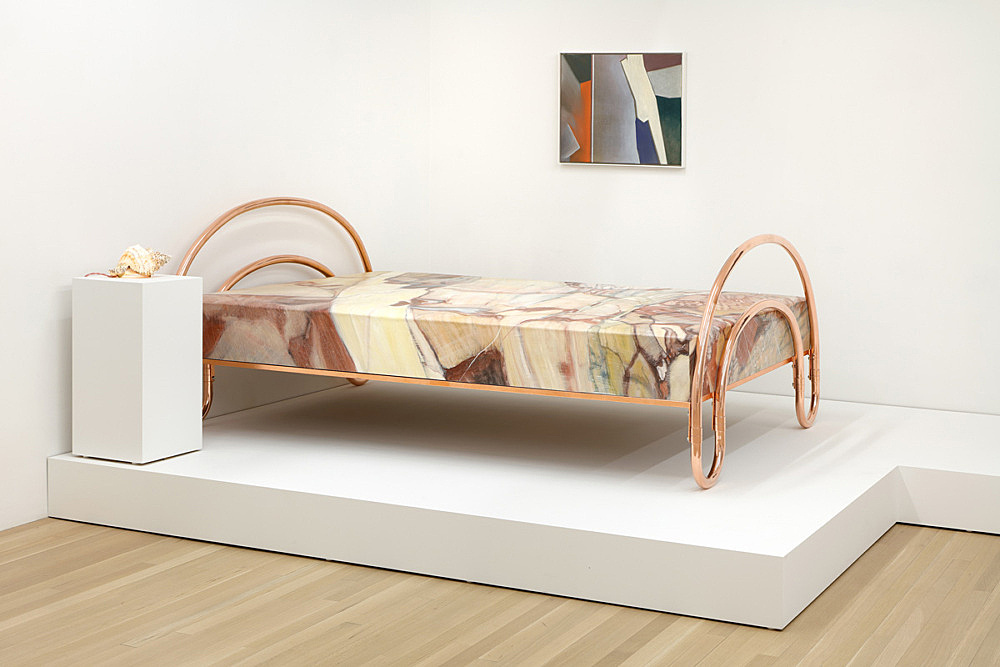 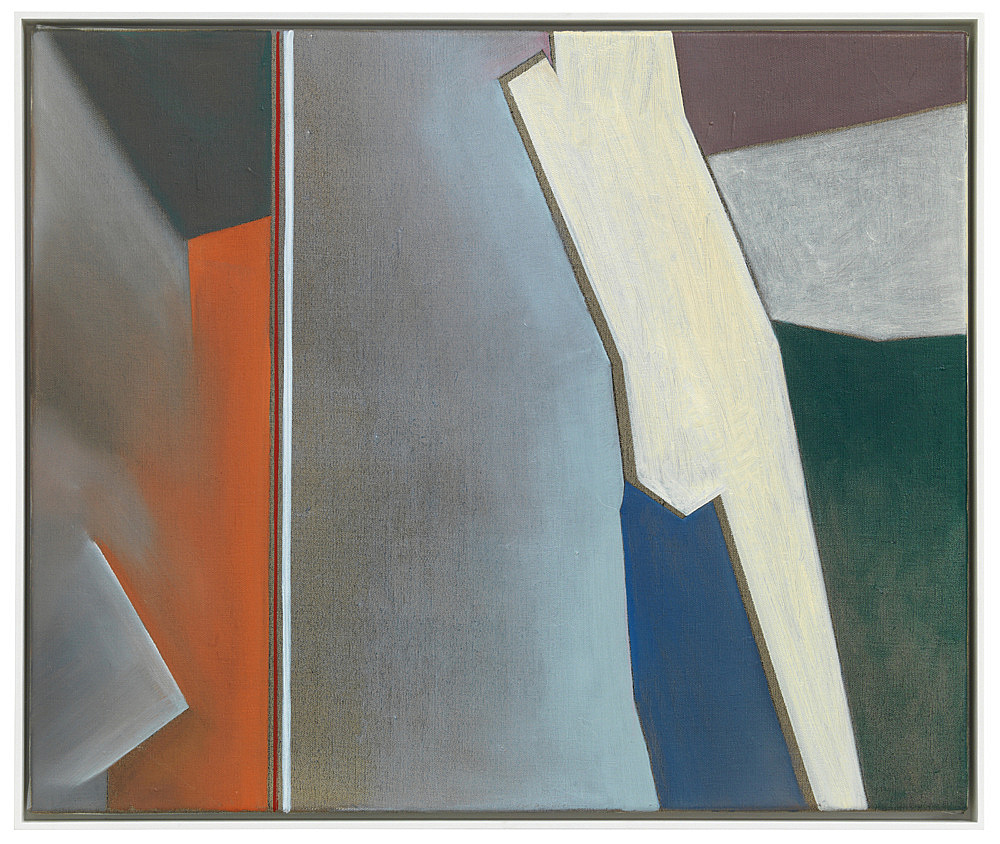 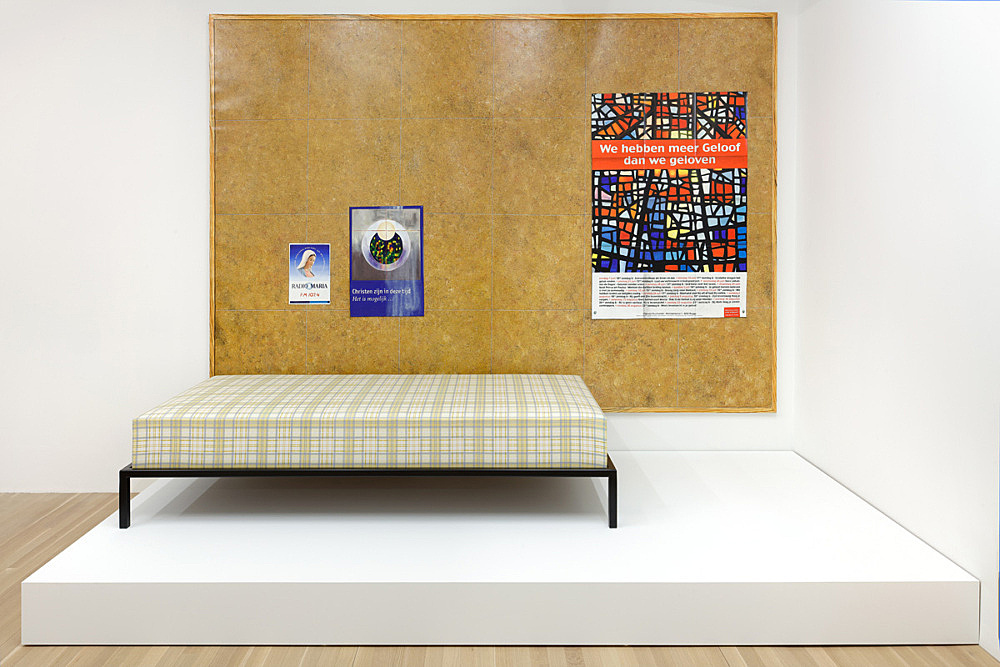 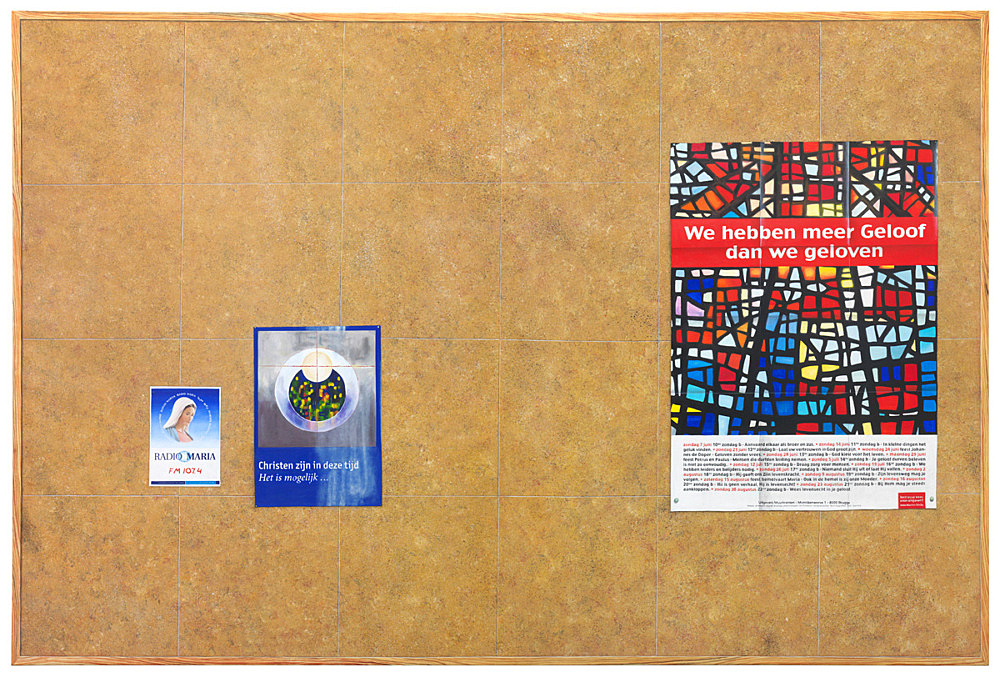