“[…]Our response must be to resist the temptation to restore robustness by regarding ☐ as contributing a common cause, and accept the dependence on ☐, not as a causal dependence, but as indicative of the nonrobustness of the link between a and b, the way of passion rather than of action.
“The situation should be contrasted sharply with how we deal with nonrobust pseudo-causal correlations produced by examples of the rotating searchlight variety. The illuminations produced at different orientations of the searchlight are correlated, for example, a yellow illumination followed by a yellow illumination. But these correlations depend on how the beam is being filtered as a function of time. Yellow might be followed by red rather than yellow. Robustness of the correlation is restored by regarding the filtering of the beam as part of the cause. There is no objection to this maneuver in the searchlight case, where the total cause of the correlation is correctly understood as a composite common cause provided by the luminosity of the source together with the way it is filtered. In the quantum-mechanical case this natural way of proceeding is blocked by the dilemma posed on the one hand by empirical inadequacy of the totally common- cause explanation and on the other by relativistic difficulties posed by a partial common-cause explanation.”*

“[…] Dependence on the noise level. When varying the noise level on the nonlinear simulated data, we observe that when increasing the noise level the performance with Bayesian networks first increases then decreases. For instance, the average number of predicted true undirected edges increases from TP = 11 for ☐ to TP = 18 for ☐ and then decreases again to TP = 15.5 for ☐. To understand this behavior, consider a parent node that regulates several children, where the children do not have any direct interactions. Without noise, the response of each child is a deterministic function of the parent. However, this implies a deterministic functional relationship between the children. Consequently, a true network cannot be distinguished from a network in which all children are connected by edges, and it is intrinsically impossible to learn the true network. The deterministic relationship between the children is destroyed by the addition of noise, which renders on average the signal of a child more similar to that of its parent than that of a sibling. Consequently, some noise is useful and forms the basis for learning gene regulatory networks from data. However, when the noise level becomes so large that it hides the regular signal, successful learning will no longer be feasible. Hence, we would expect the accuracy of reconstructing regulatory networks to first increase then decrease with increasing noise level. This trend was confirmed in an independent simulation study.”

“In the name of the prophet – figs!!” Cry of Turkish fig-peddler

I PRESUME everybody has heard of me. My name is the Signora Psyche Zenobia. This I know to be a fact. Nobody but my enemies ever calls me Suky Snobbs. I have been assured that Suky is but a vulgar corruption of Psyche, which is good Greek, and means “the soul” (that’s me, I’m all soul) and sometimes “a butterfly,” which latter meaning undoubtedly alludes to my appearance in my new crimson satin dress, with the sky-blue Arabian mantelet, and the trimmings of green agraffas, and the seven flounces of orange-colored auriculas. As for Snobbs – any person who should look at me would be instantly aware that my name wasn’t Snobbs. Miss Tabitha Turnip propagated that report through sheer envy. Tabitha Turnip indeed! Oh the little wretch! But what can we expect from a turnip? Wonder if she remembers the old adage about “blood out of a turnip,” &c.? [Mem. put her in mind of it the first opportunity.] [Mem. again-pull her nose.] Where was I? Ah! I have been assured that Snobbs is a mere corruption of Zenobia, and that Zenobia was a queen- (So am I. Dr. Moneypenny always calls me the Queen of the Hearts) – and that Zenobia, as well as Psyche, is good Greek, and that my father was “a Greek,” and that consequently I have a right to our patronymic, which is Zenobia and not by any means Snobbs. Nobody but Tabitha Turnip calls me Suky Snobbs. I am the Signora Psyche Zenobia.

As I said before, everybody has heard of me. I am that very Signora Psyche Zenobia, so justly celebrated as corresponding secretary to the “Philadelphia, Regular, Exchange, Tea, Total, Young, Belles, Lettres, Universal, Experimental, Bibliographical, Association, To, Civilize, Humanity.” Dr. Moneypenny made the title for us, and says he chose it because it sounded big like an empty rum-puncheon. (A vulgar man that sometimes – but he’s deep.) We all sign the initials of the society after our names, in the fashion of the R. S. A., Royal Society of Arts – the S. D. U. K., Society for the Diffusion of Useful Knowledge, &c, &c. Dr. Moneypenny says that S. stands for stale, and that D. U. K. spells duck, (but it don’t) that S. D. U. K. stands for Stale Duck and not for Lord Brougham’s society – but then Dr. Moneypenny is such a queer man that I am never sure when he is telling me the truth. At any rate we always add to our names the initials P. R. E. T. T. Y. B. L. U. E. B. A. T. C. H.- that is to say, Philadelphia, Regular, Exchange, Tea, Total, Young, Belles, Lettres, Universal, Experimental, Bibliographical, Association, To, Civilize, Humanity – one letter for each word, which is a decided improvement upon Lord Brougham. Dr. Moneypenny will have it that our initials give our true character – but for my life I can’t see what he means.

Notwithstanding the good offices of the Doctor, and the strenuous exertions of the association to get itself into notice, it met with no very great success until I joined it. The truth is, the members indulged in too flippant a tone of discussion. The papers read every Saturday evening were characterized less by depth than buffoonery. They were all whipped syllabub. There was no investigation of first causes, first principles. There was no investigation of any thing at all. There was no attention paid to that great point, the “fitness of things.”

Edgar A. Poe, “How to Write a Blackwood’s Article”

AN EXPERIMENT WITH TIME

This seems plain enough. To any specific observer contemplating such a system of fixed, objective lines, the appearance of motion in the dimensions representing Space could be produced, as in Hinton’s model, by 1the real movement, along the observer’s “track” of a field of observation apparently at right angles to the dimension representing Time. But to suggest anything of that kind would be to hint that this Time-travelling field of observation pertained to a psychical observer. For the physical observer is already defined as the “track” travelled over.

Now, the Relativitist has a very difficult case to present, and he certainly does not want to be handicapped with the burden of a psychical observer. On the other hand, he does not wish to appear to ignore the fact that we observe events in succession. It is this quandary which drives him to a statement which appears to be intended as non-committal. The “observer” is said to move along his ” track,” and the reader is left to infer what he pleases from that.

Unfortunately, however, the reader has usually been allowed to infer that by “observer” is meant a physical apparatus, inorganic or organic. So he can hardly be blamed for supposing that he is intended to understand that the “track” is formed merely by the peculiar warpings of the Relativitist’s “Space-Time,” and that the physical elements of the observer’s body move over the tracks, leaving these empty before and behind.

If, however, he were to assert that this is the teaching of Relativity, he would be told that a track which possessed reality in such a sense and to such an extent as to account for a ll the physical characteristics of an imagined three-dimensional object moving along it would be, in every one of its cross-sections, physically indistinguishable from the imagined object itself. Physically, the track would actually be the object extended in Time. And that is the crux of the whole business. 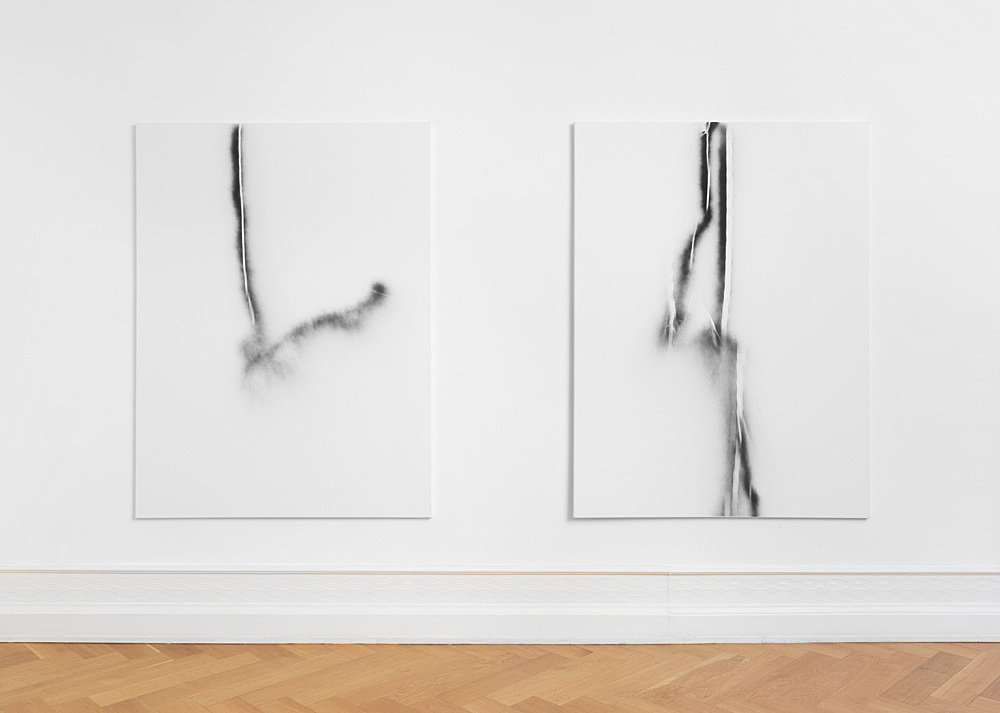 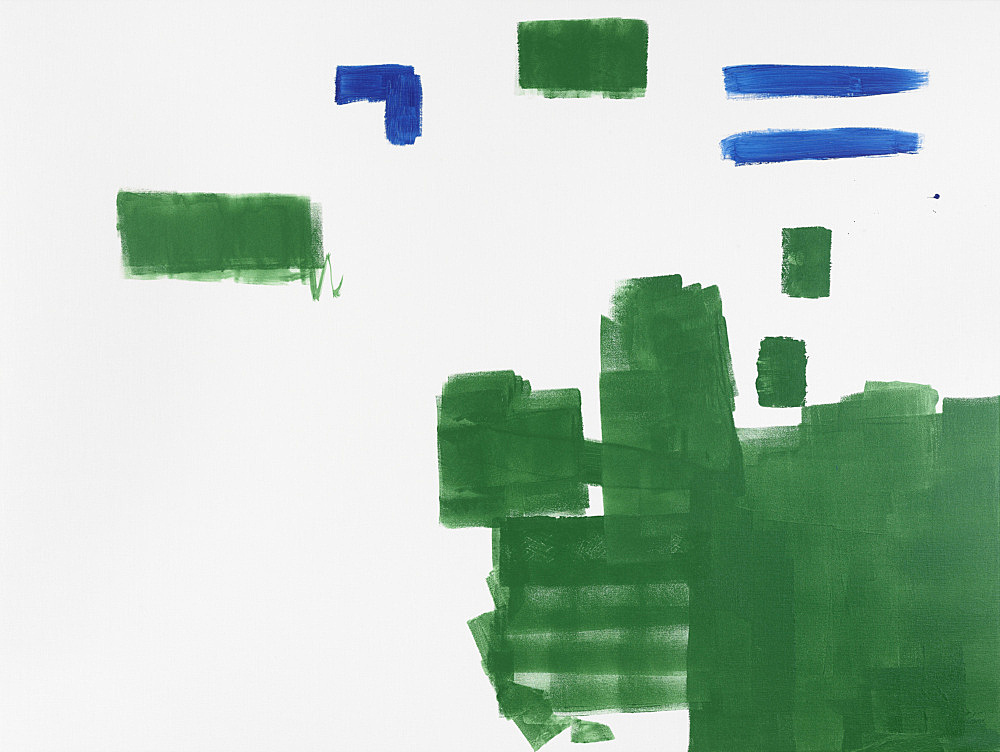 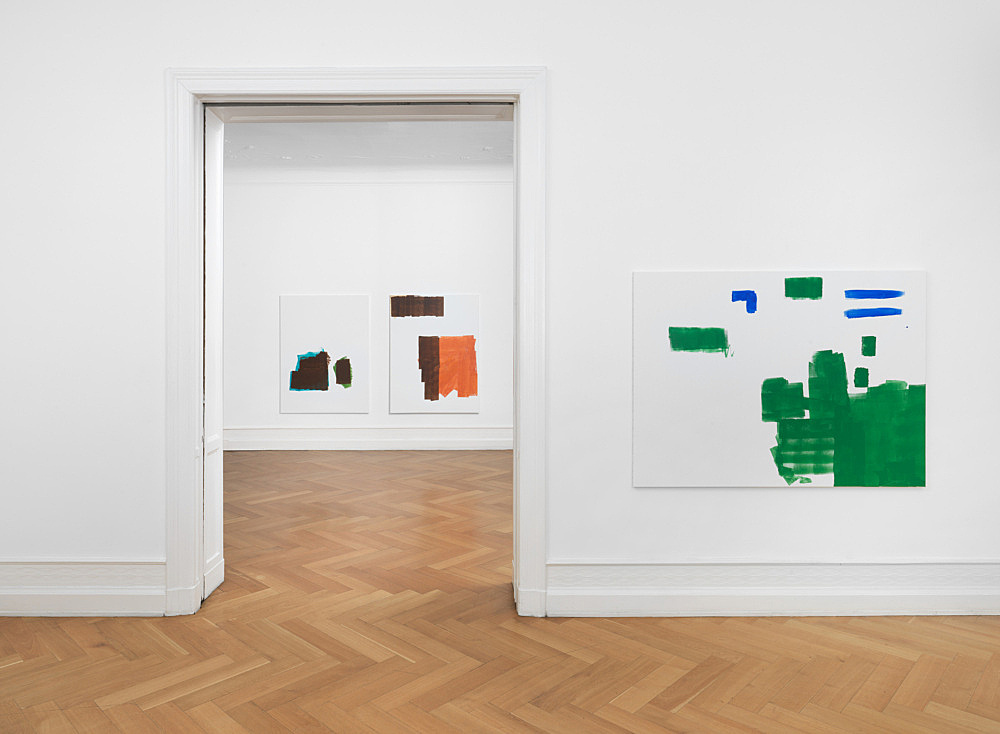 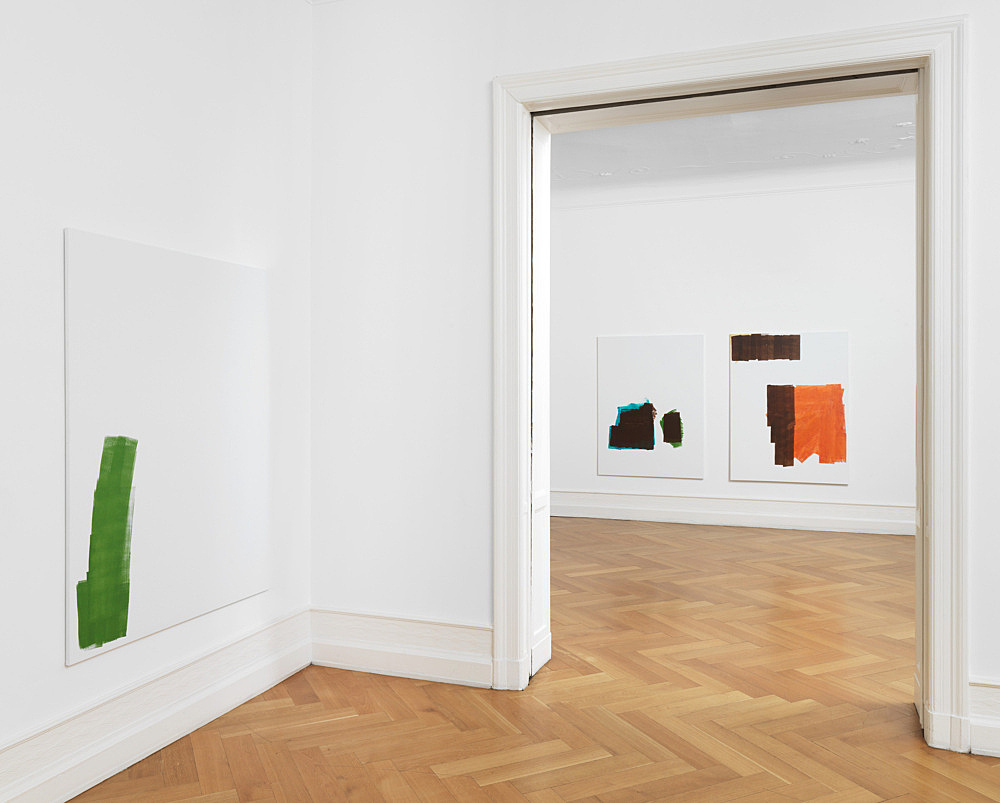 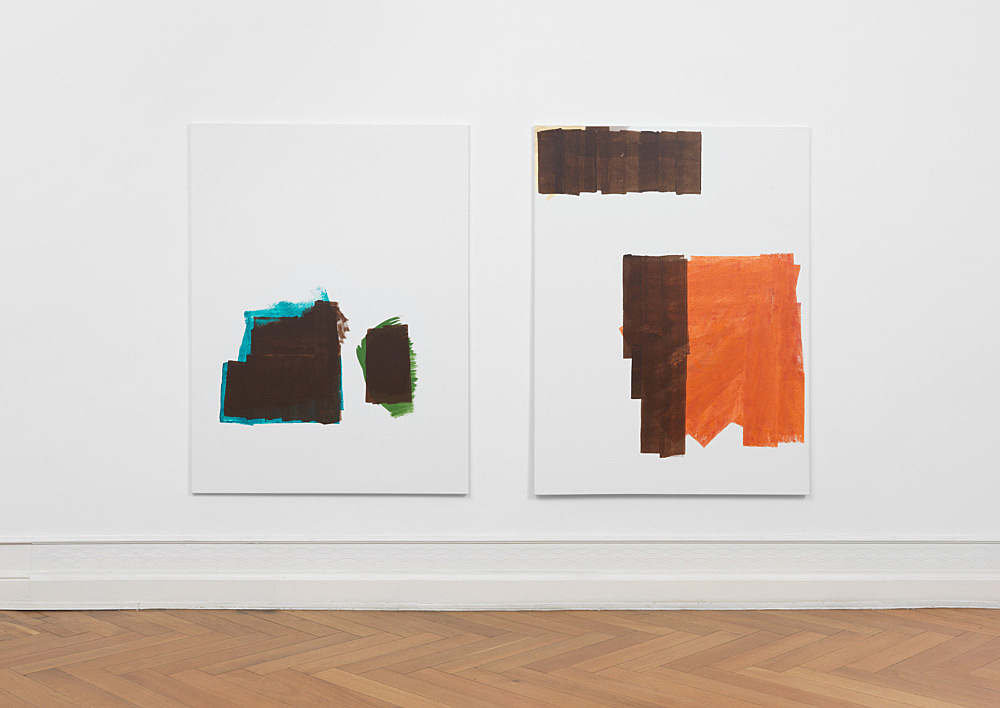 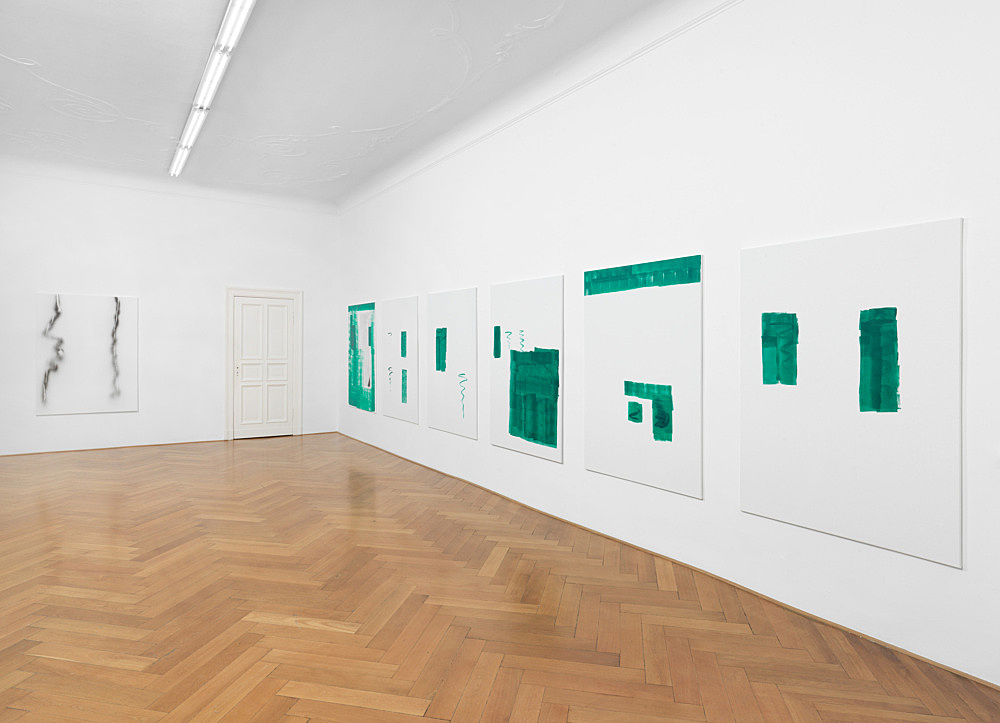 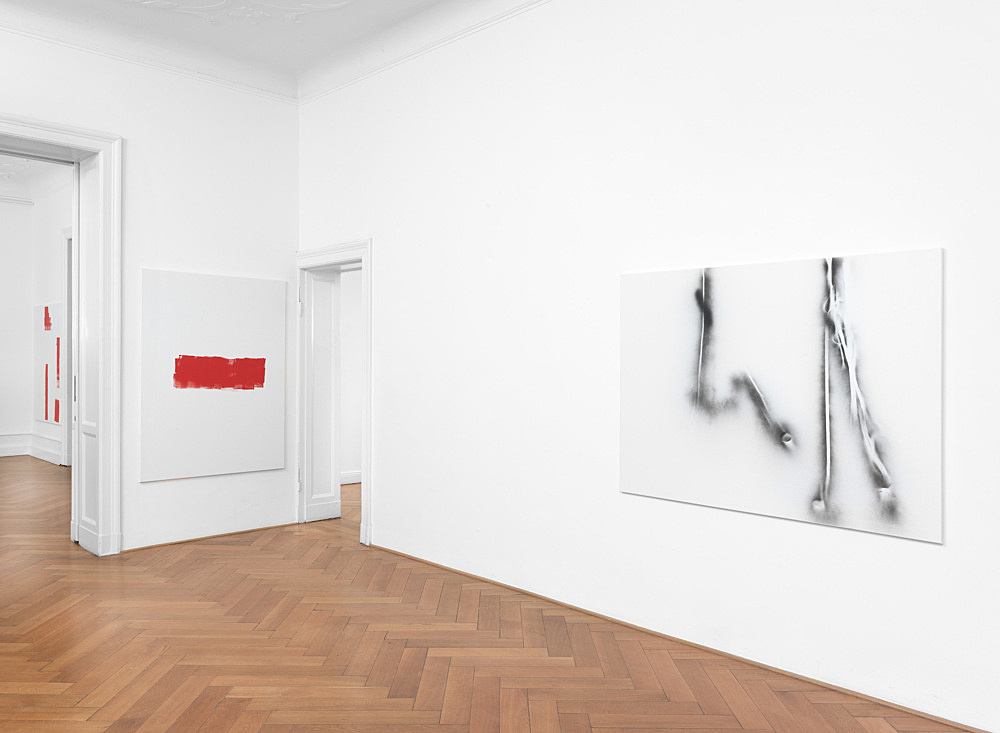 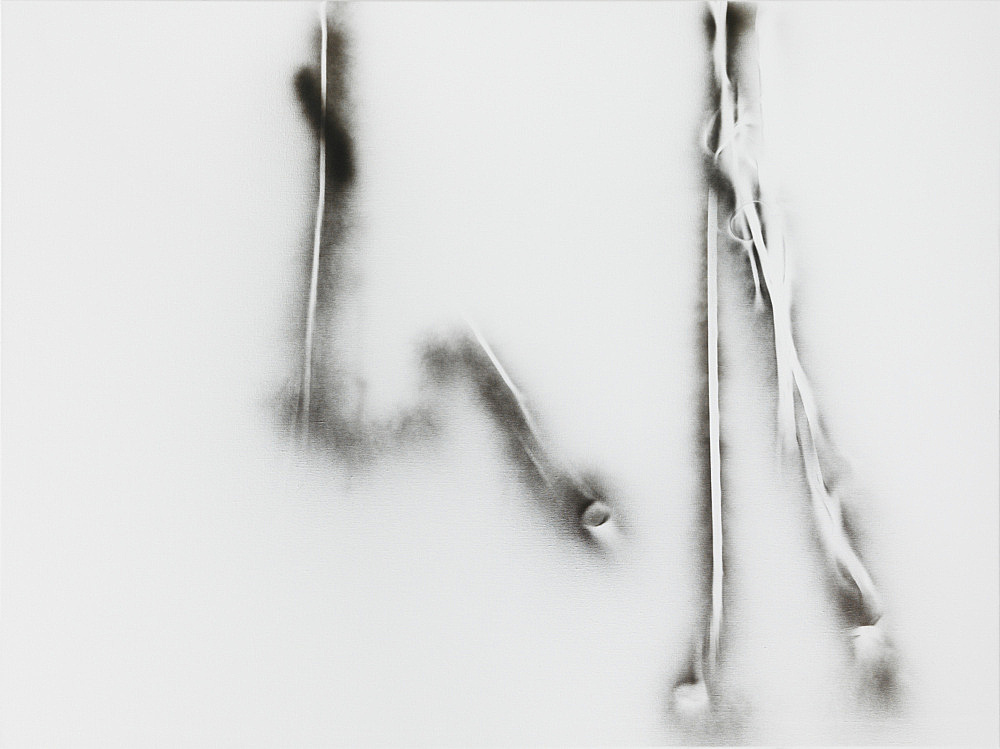