An ambigram is a word or image whose meaning is changed when viewed or interpreted from a different direction, perspective, or orientation.  I first incorporated this Clever/Stupid ambigram as a digital prop in my performance called “I’ve Had It! And I’ve Also Had It!”. It was a monologue (delivered in a rotary telephone costume I designed) exploring a symmetrical rift between high and low culture, inspired in part by a musical comedy about a working class bell hop who exposes a pretentious composer (who stole his girlfriend) as a fraud by revealing that his critically acclaimed avant-garde divertimento is really just a hit-parade song played backwards.

This tragi-comic double-sidedness is also at play in an invitation card announcing this exhibition. It shows recto-verso reproductions of a portrait by Albrecht Dürer of a handsome young Wilhelm Haller, on the rear of which is painted a grinning old woman, her breast exposed and with a bag bursting with money. The wall-text in the museum explained: “Dürer’s deliberately ambivalent interpretation might be an allegory of transience (Vanitas), or of seduction, or avarice.  Or perhaps Haller wanted to have his unhappy marriage with the wealthy Dorothea Landauer caricatured. After the death of her father in 1515, she separated from her ‘imperious, violent and wasteful’ husband.” The photographs of Dürer’s couple were snapped with an iPhone in the Kunsthistorisches Museum in Vienna.

This tension between the palatability of pop and the difficulty of the avant-garde is a persistent theme in the series of individual photographs I’ve been printing from my account on the popular smart phone app Instagram. This social media platform is extremely suited to today’s climate of self-promoting  independent contractors and can often function simultaneously as a career-building resume tool and sexual seduction tool.  At this juncture I have posted 1,792 images, and exhibiting selected images from this constant feed is a project I started early this year.  For this exhibition, I am presenting a digital slide-show of a selection images.  As I was reviewing the selection, The Velvet Underground song “what goes on” was playing in the background at which point an unexpected narrative emerged in the chronological sequence of images. Simple power-point aspired to cinema, and so it became a modest work not unlike the pre-YouTube cat videos I showed here over 10 years ago, or the 30 minute self-running powerpoint from “Structures that fit my opening and other parts in relation to their whole” made in 2006. The spectrum of the source material in the video is wide, from a screengrab announcing that Kanye is commissioning a Warhol portrait of Kim Kardashian, or my muse “Bobby Jesus” pointing out that Warhol was a Jesus Freak, or playing with my son, or a Spike Lee film still from Malcolm X showing his white girlfriend/partner in crime kissing his foot.

The double-sided play of the rotating ambigram, the recto-verso of the Dürer painting, and the way Instagram can make difficult things palatable is echoed into the term “B/W” or “backed with” which recurs often in my work and makes a recto/verso appearance in one of the two new aluminum mounted collages. “B/W” or “backed with” refers to the b-side or flipside of vinyl single releases, the A-side being the projected hit, the b-side being the potentially less palatable material that wouldn’t be able to reach a wide audience without the slicker vehicle of the A-side.

Riffing on these binaries, other works show figure/ground relationships, the looping interplay between image and text, between the muse and the artist, etc. The oldest work in the show dates to 1991 – it’s a hook rug spelling out a text I wrote that explores lack and fulfillment in a mash up of my lifelong boy-craziness with some of  my earliest contemporary art influences:  the class-oriented politics of Mike Kelley, the dictionary definitions of Joseph Kosuth and Foucault’s interrogation of power.

Galerie Buchholz is pleased to announce a new exhibition by Frances Stark. This will be Frances Stark’s fourth exhibition with Galerie Buchholz since 2000. In recent years, Frances Stark (*Newport Beach, California, 1967, lives and works in Los Angeles) has been widely acclaimed for her large-scale multimedia works presented in major international exhibitions, including her digital video “My Best Thing”, first shown at the 54th Venice Biennial (2011), “Put a Song in your Thing” from Performa, New York (2011), and her recent work “Bobby Jesus’s Alma Matter…” at the Carnegie International, Pittsburg (2013). Recent solo exhibitions by Frances Stark include the Julia Stoschek Collection, Düsseldorf (2013); MoMA P.S. 1, New York (2011); the M.I.T. List Center, Cambridge (2010); Portikus, Frankfurt (2008); FRAC Bourgogne, Dijon (2007), Van Abbe Museum, Eindhoven (2007), among others. Her work is included in the collections of the MoMA, New York, the Metropolitan Museum of Art, New York, SFMoMA, San Francisco, Los Angeles County Museum of Modern Art, Los Angeles, the Museum of Modern Art, Warsaw, and others. She teaches at the University of Southern California where she is Associate Professor. In 2015, the UCLA Hammer Museum in Los Angeles will mount a retrospective exhibition of Frances Stark. 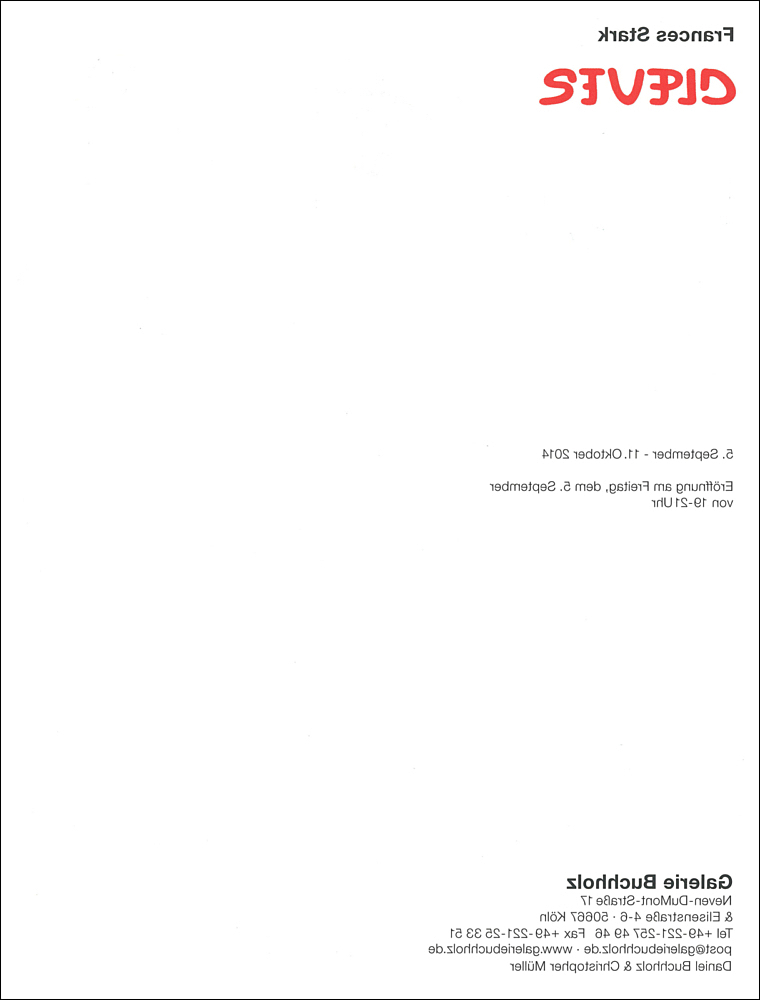 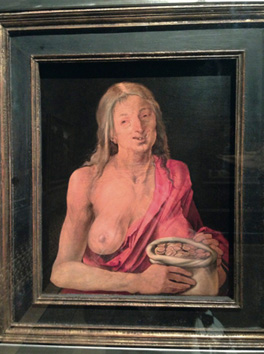 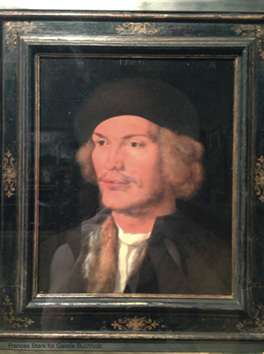 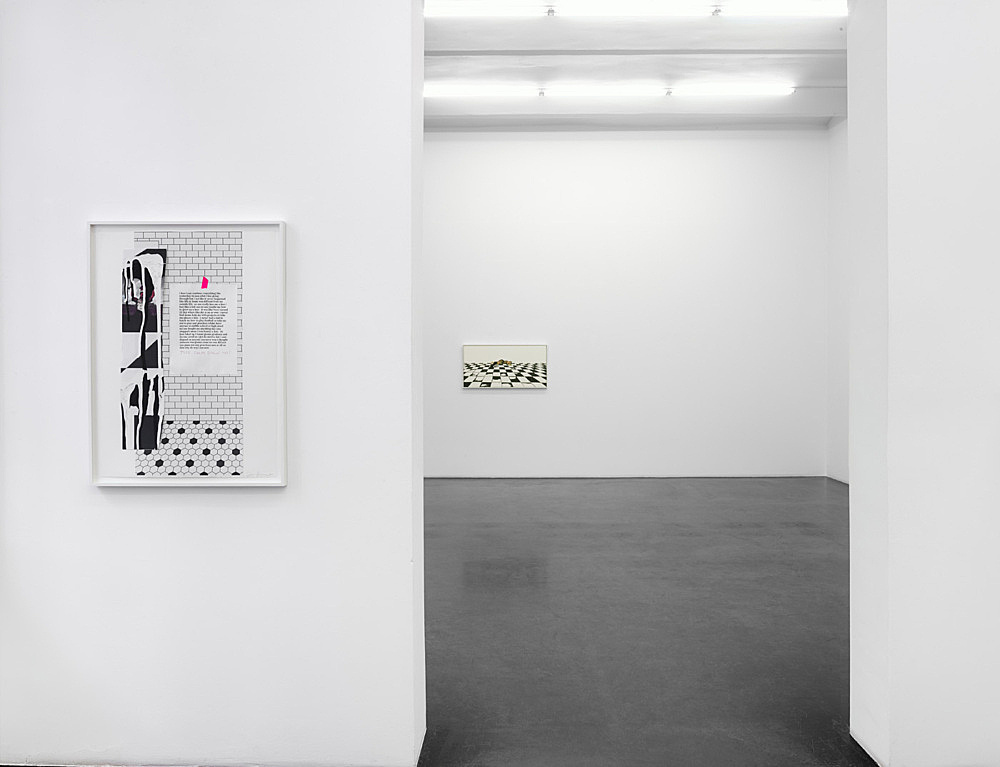 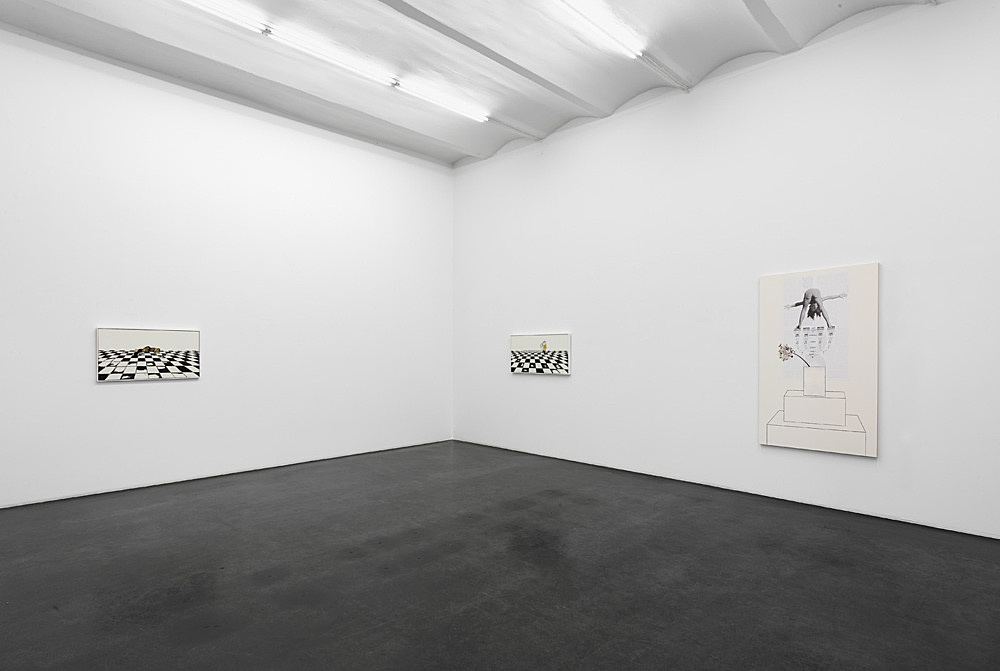 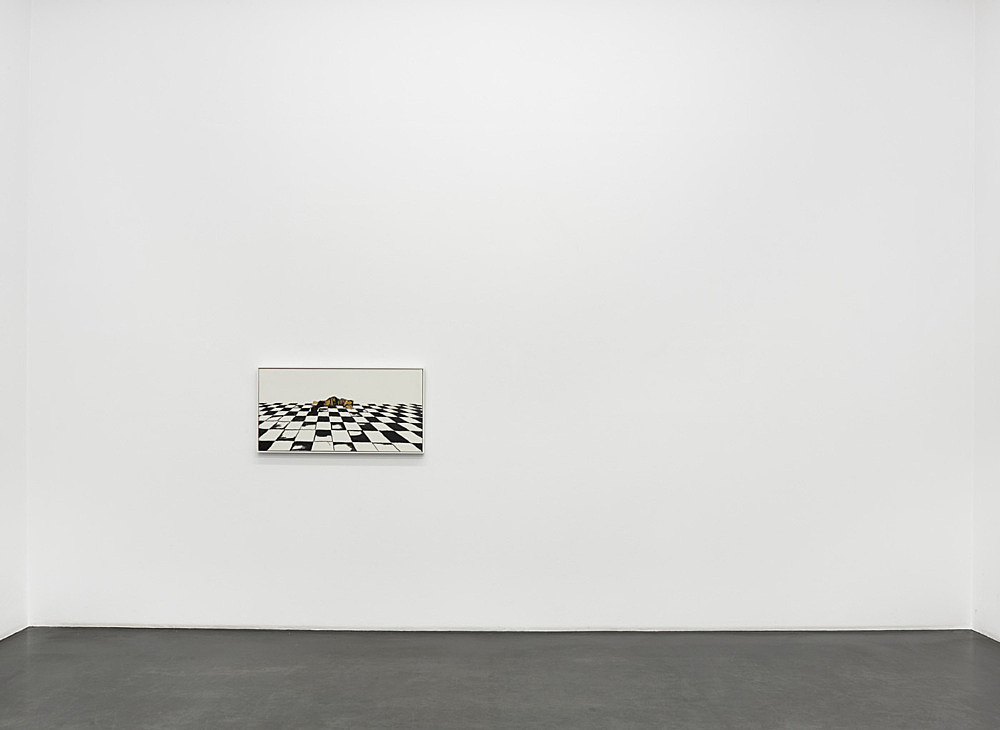 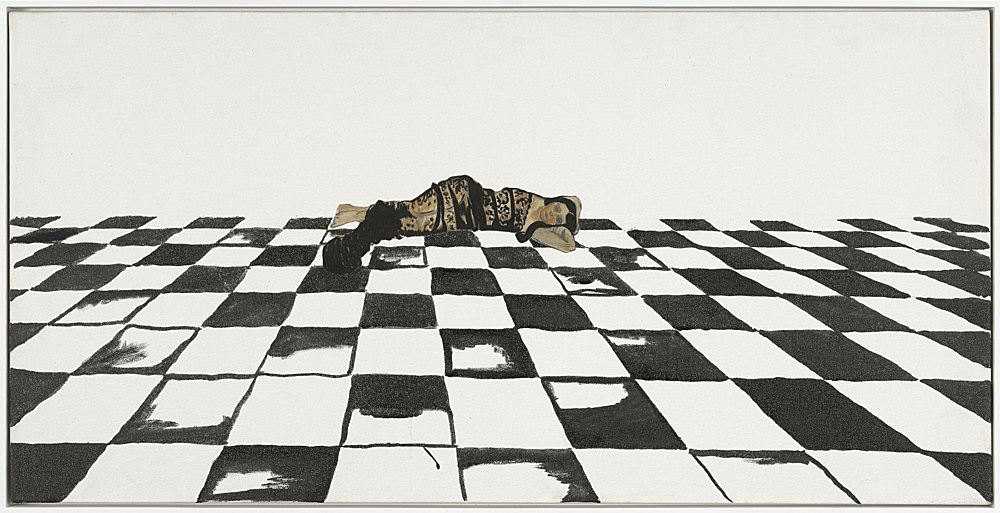 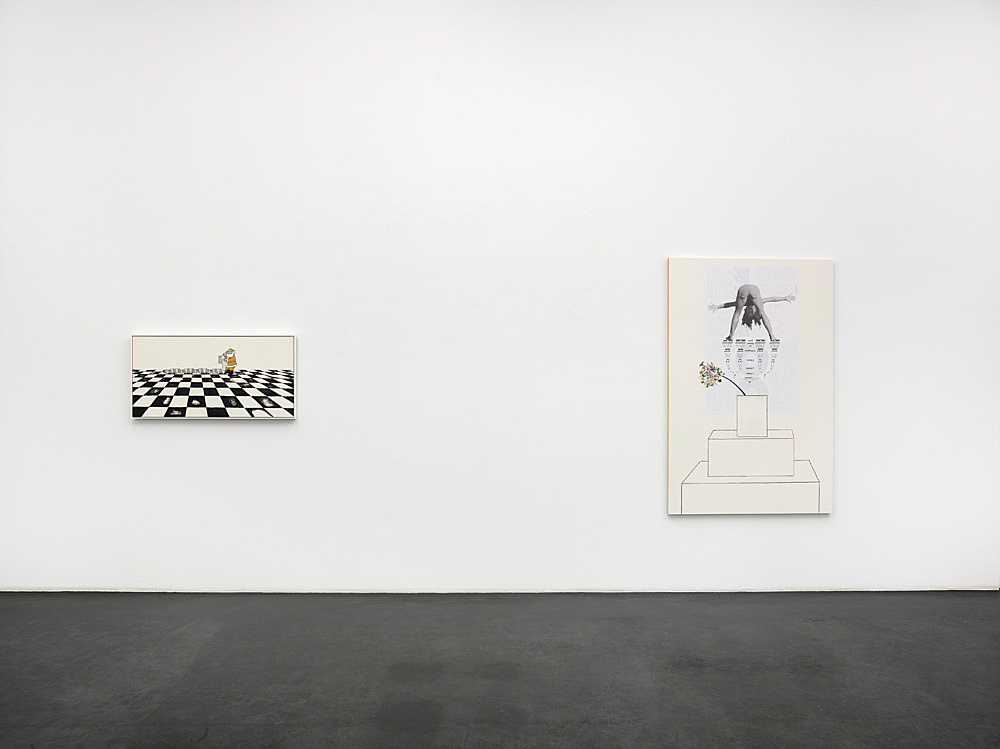 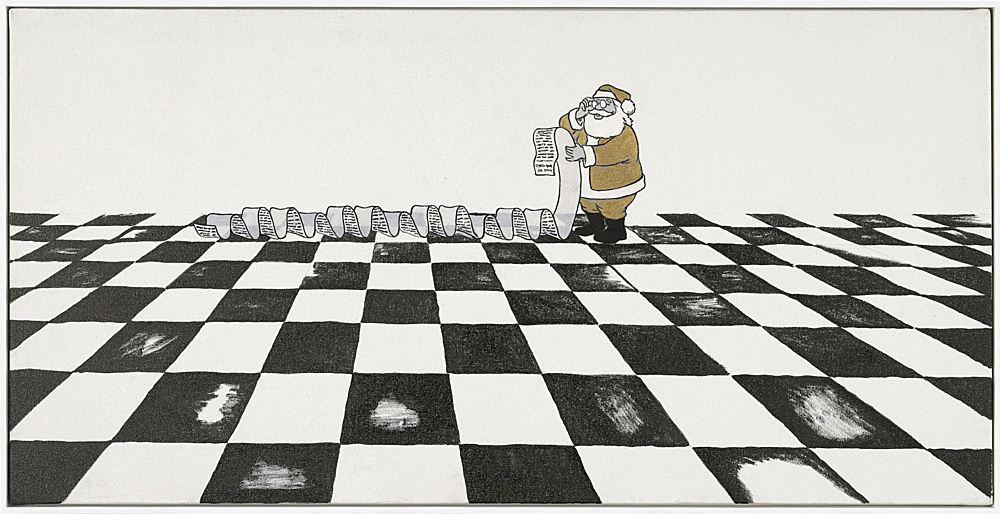 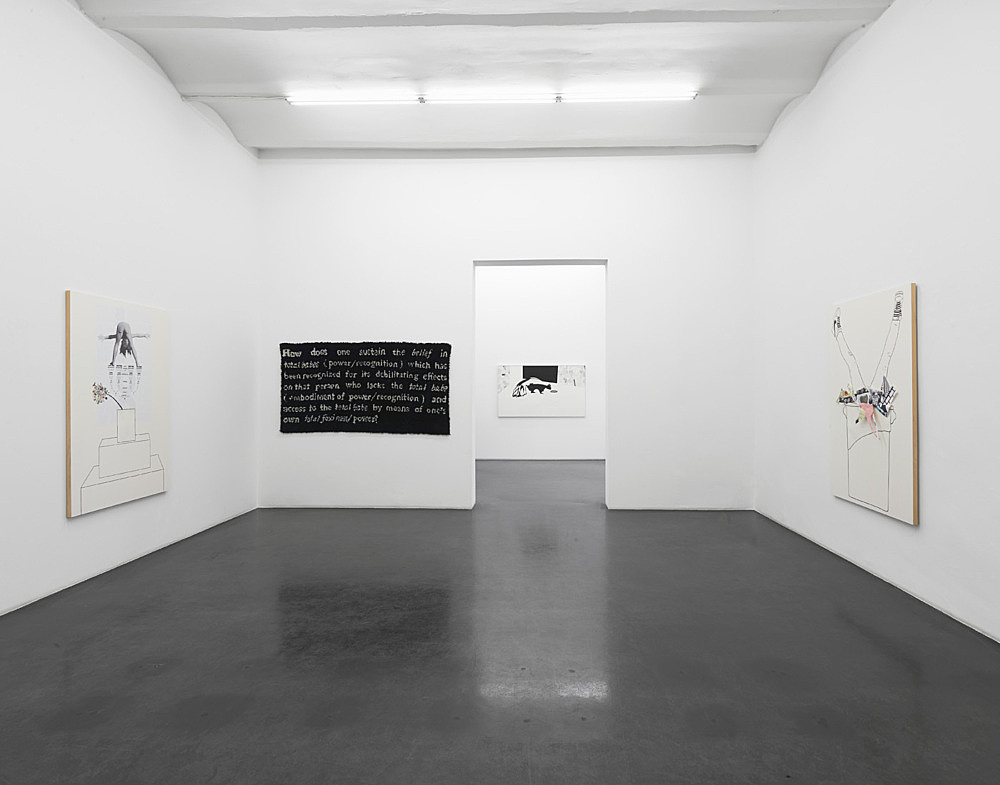 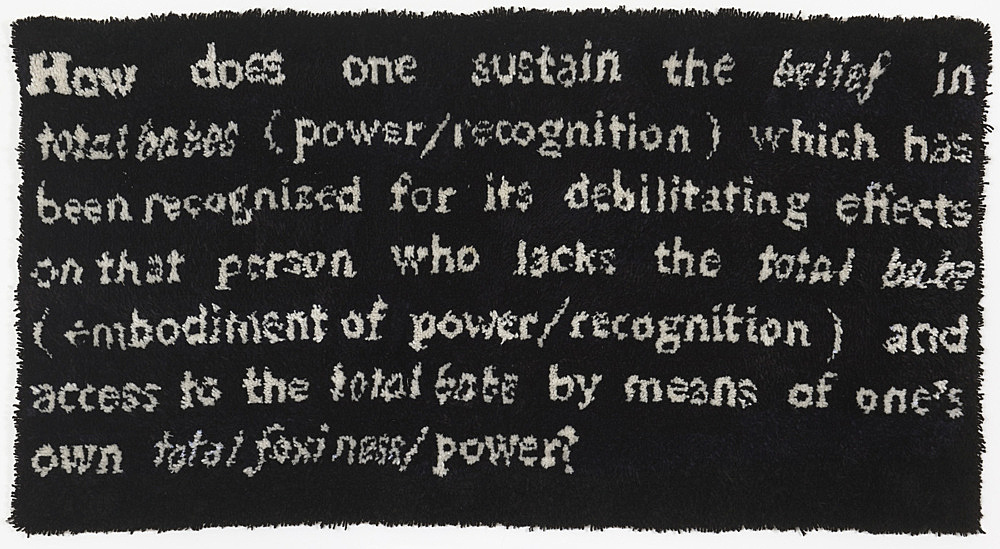 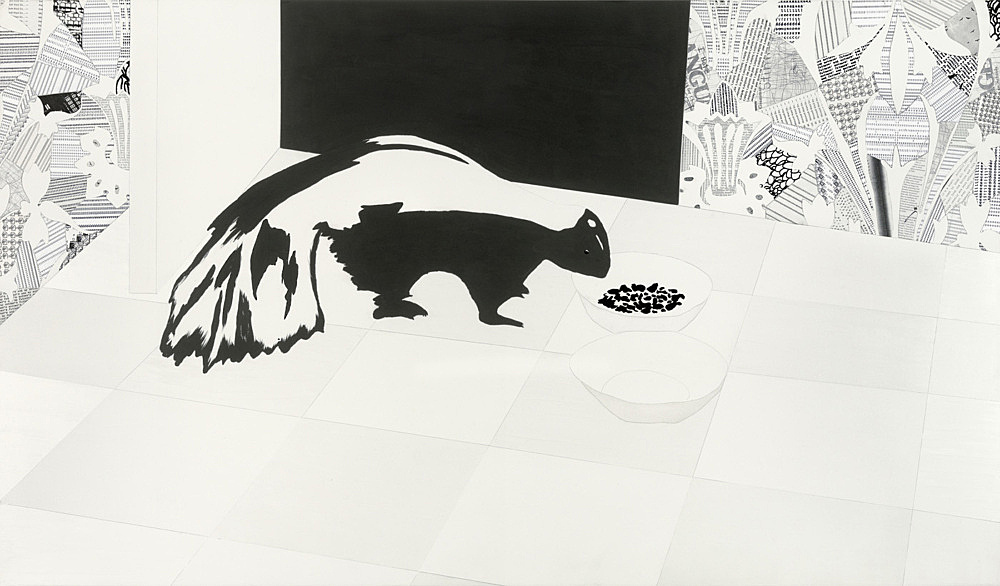 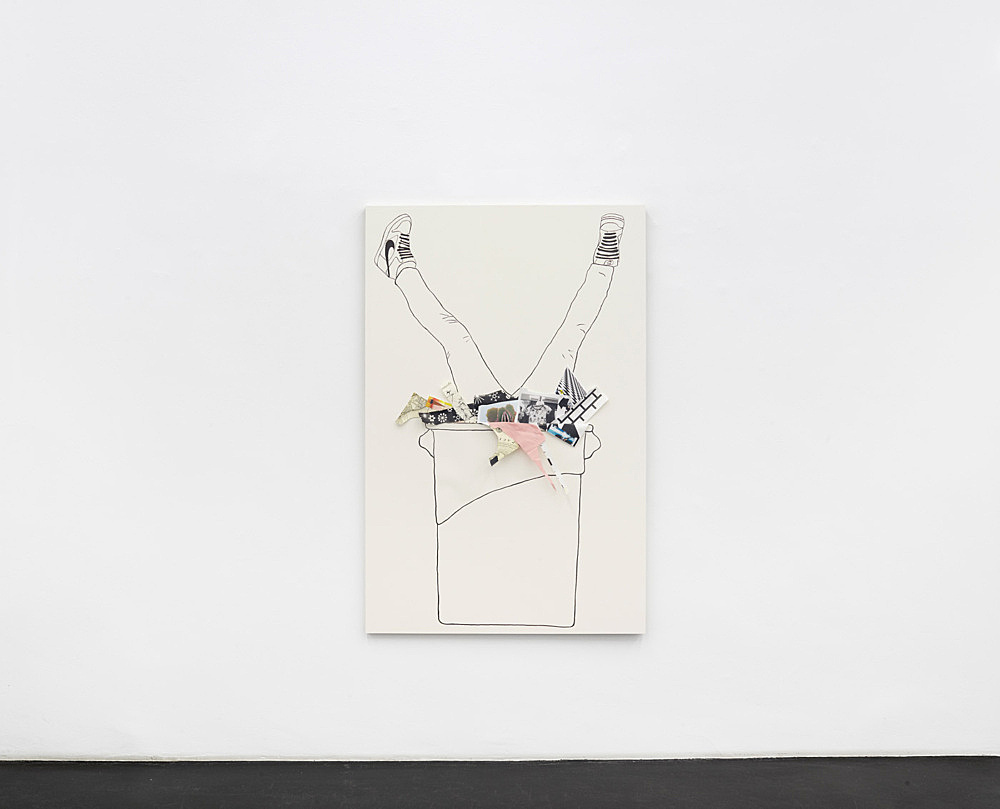 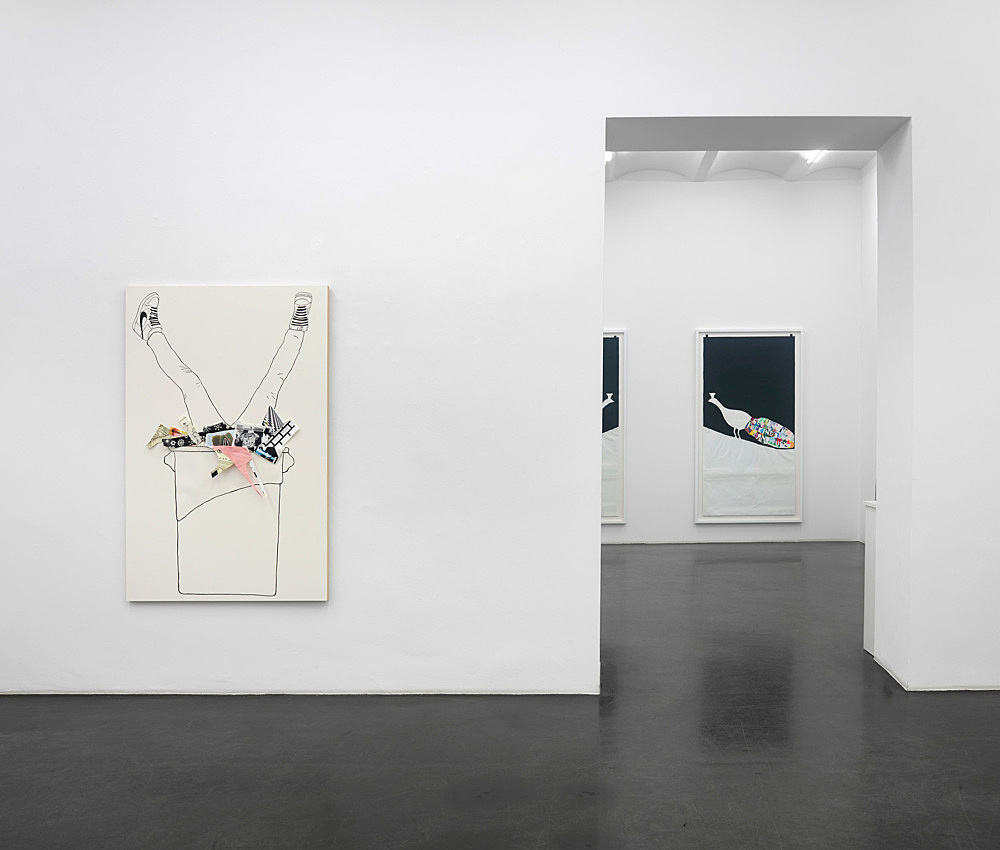 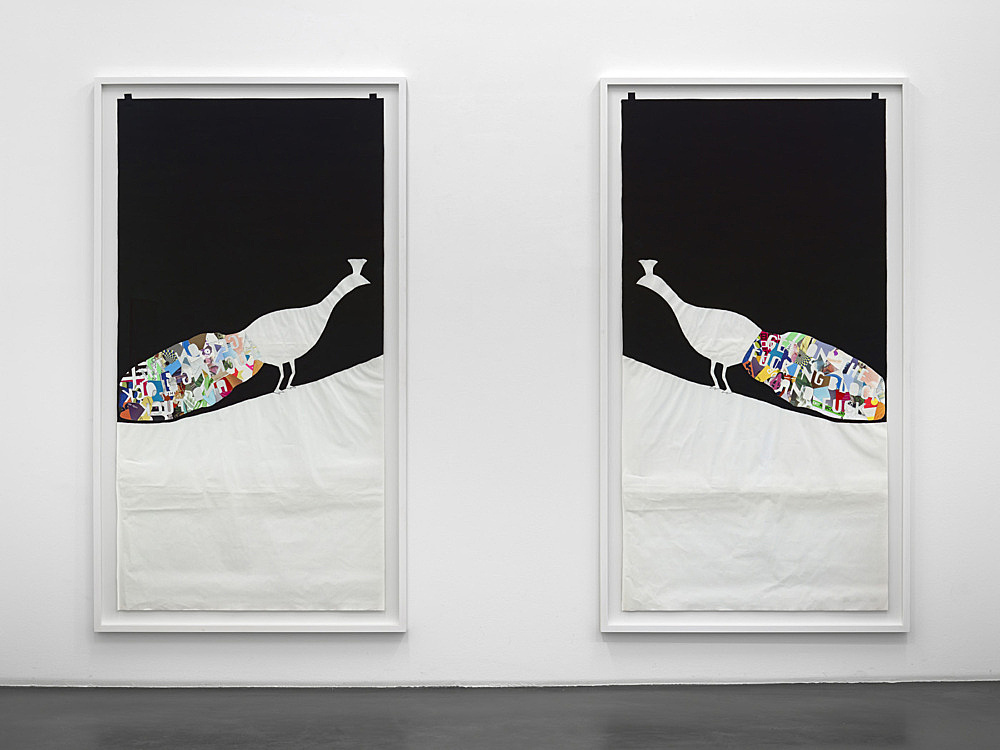 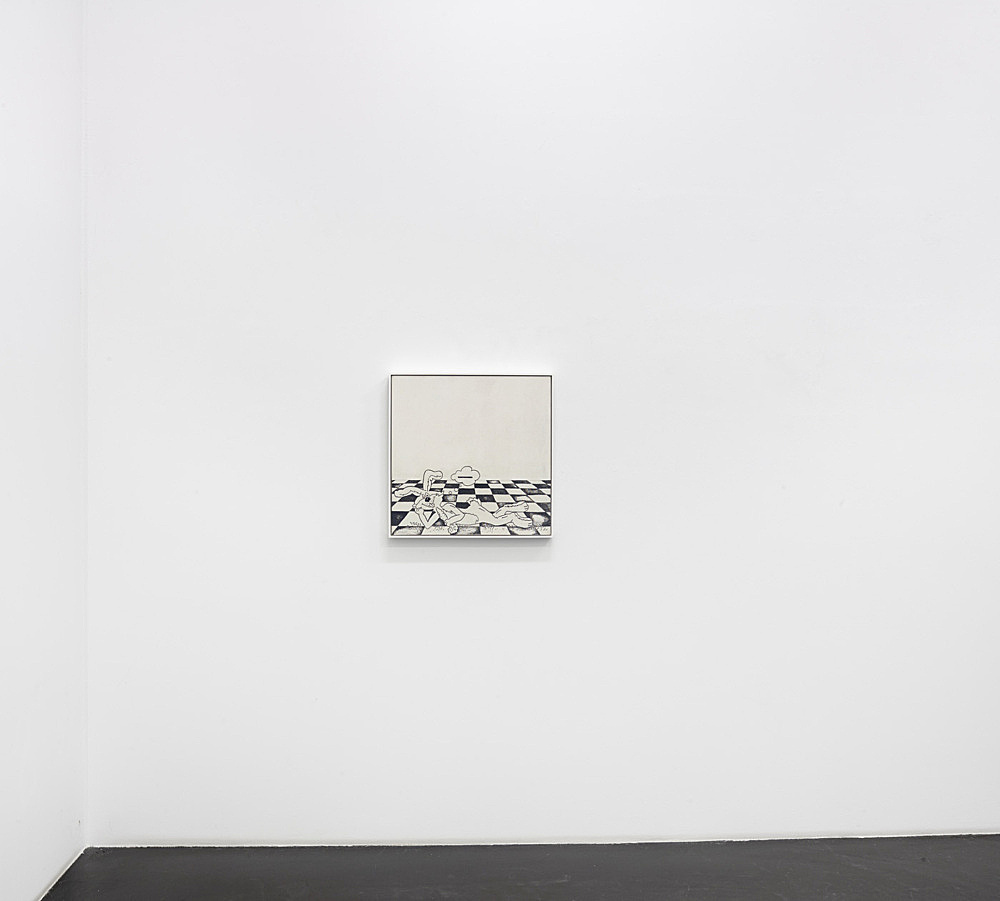 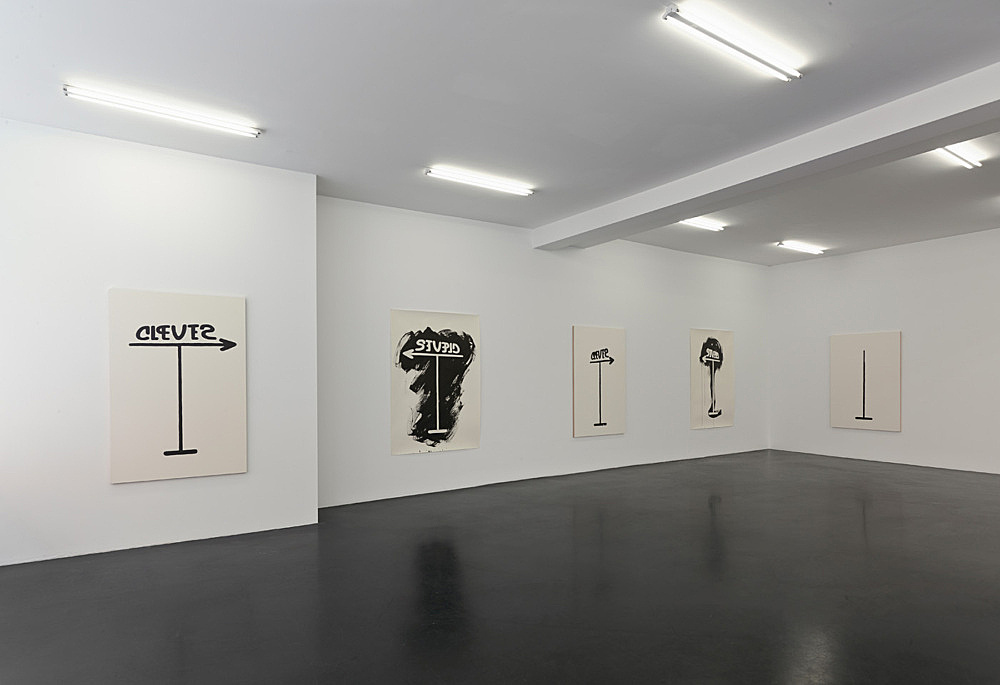 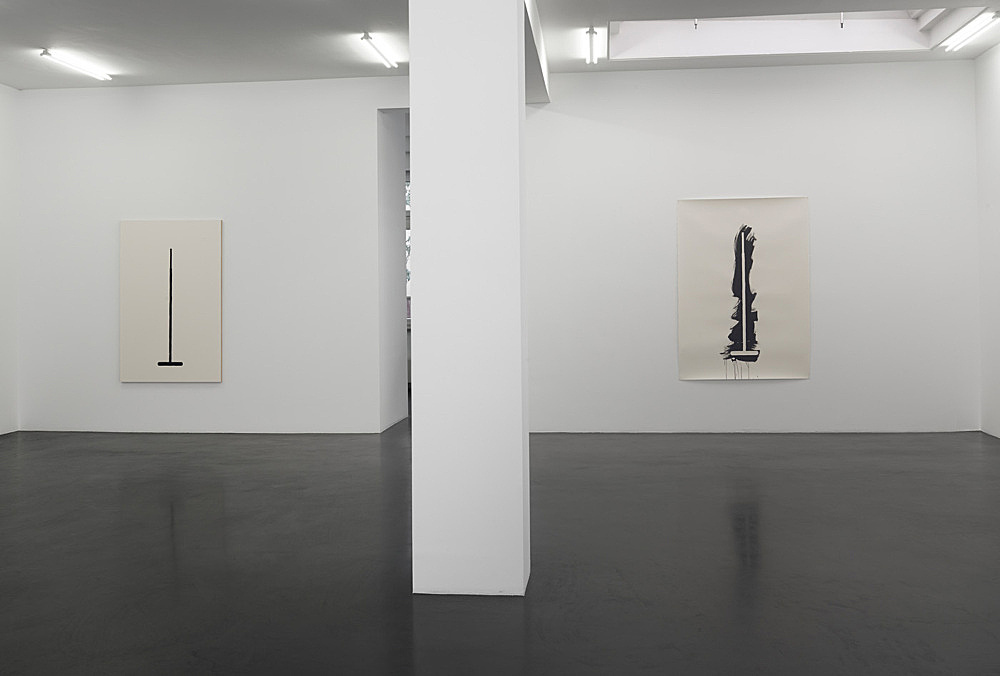 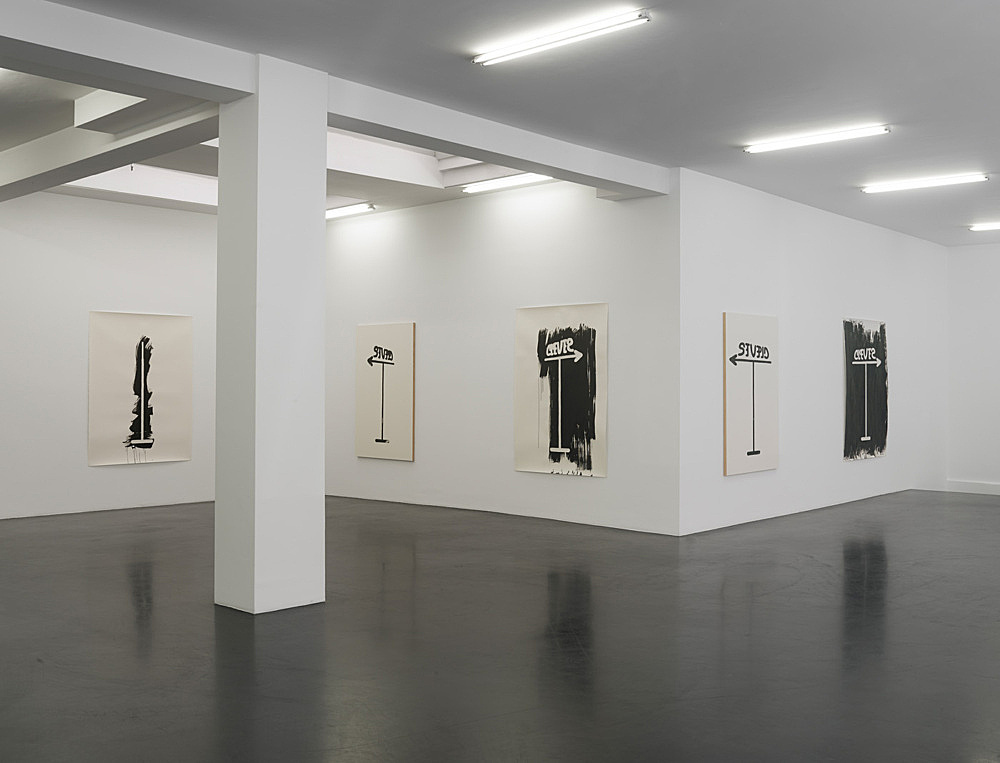 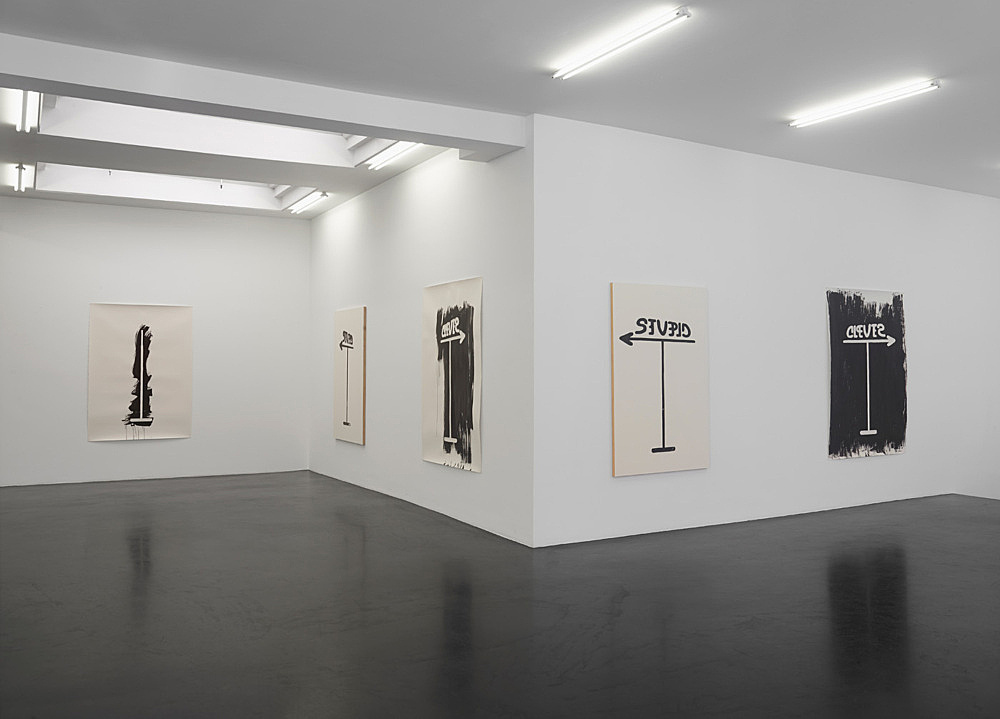 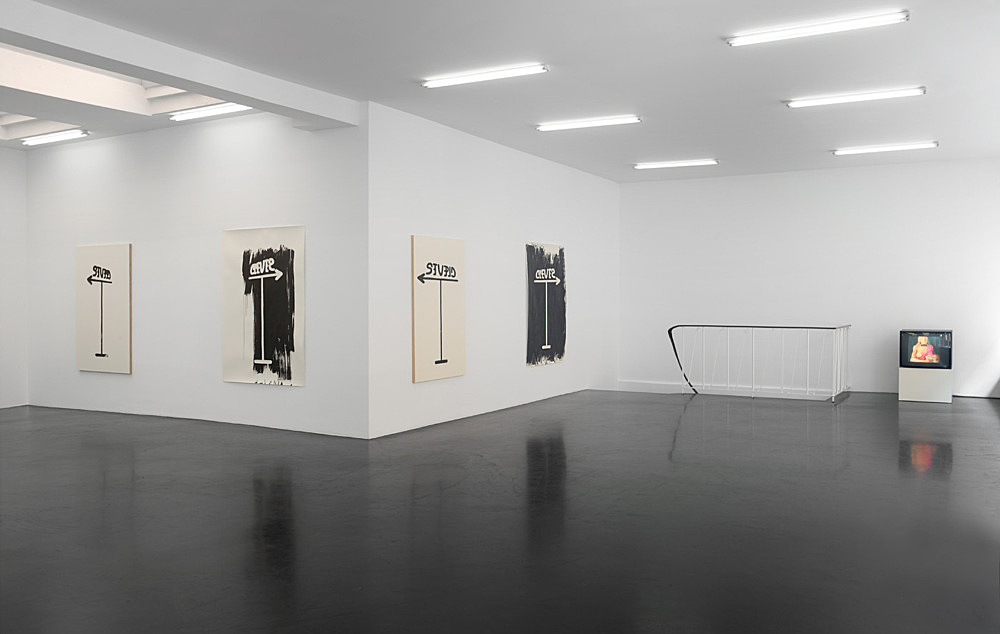 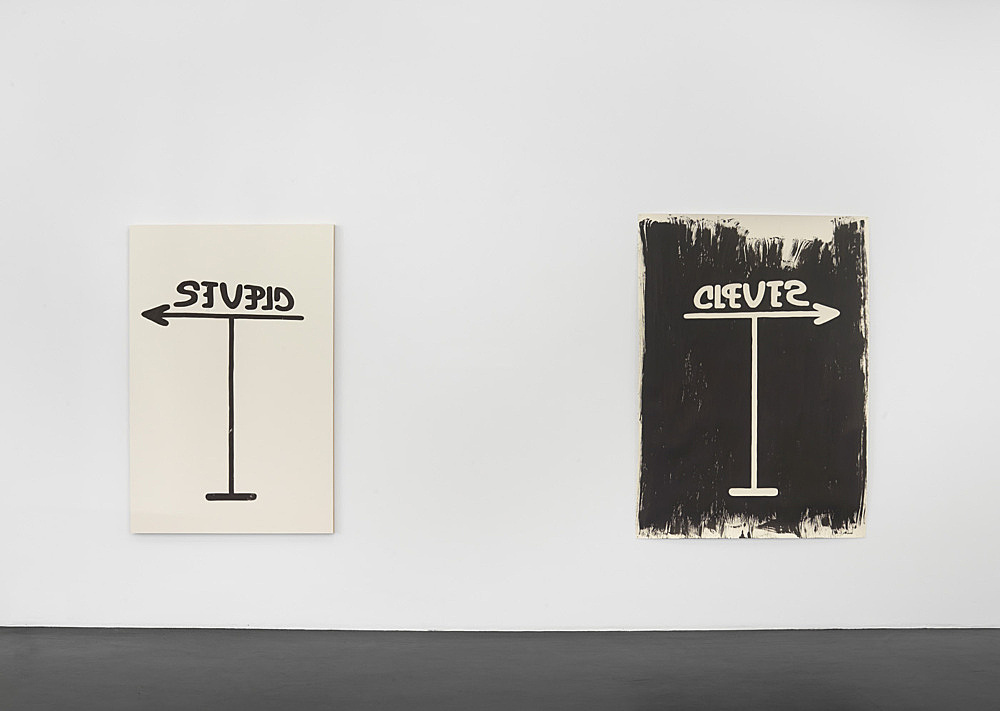