Cheyney Thompson, for his second exhibition at Galerie Daniel Buchholz presents a series of six paintings and twelve posters sub-divided into six pairs. The paintings, as an ensemble, make up a full color spectrum in their execution, transposing standard greyscale tonal values into subtle, chromatically differentiated surfaces. The luminous effect produced by these color shifts is mottled by their densities of pigment, unsettling the surface of each image. Subjects appear and disappear here, oscillating between visibility and invisibility according to the effects of light and the viscisitudes of distraction. Each painting of the six represents a selected motif from Thompson’s previous work.

The derivation of these previous subjects extends into a suite of prints glued to the walls. Split into pairs, this suite reproduces the same source images using two different duotones color systems. Each pair of prints depicts a magnified detail of the documents which serve as the source for one of the six paintings. As they are configured in the gallery, the prints trace the edges of the paintings to which they correspond. Each pair marks the borders of this determined scale as a unique spatial coordinate, exhausting the possible positions the source images may take in relation to their referents. 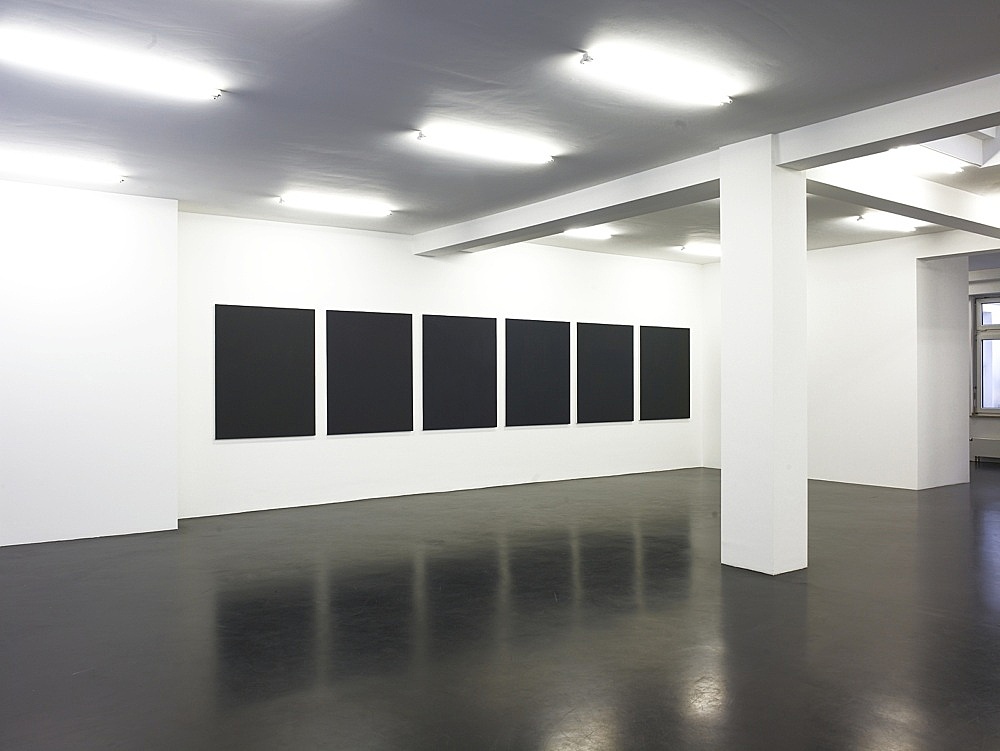 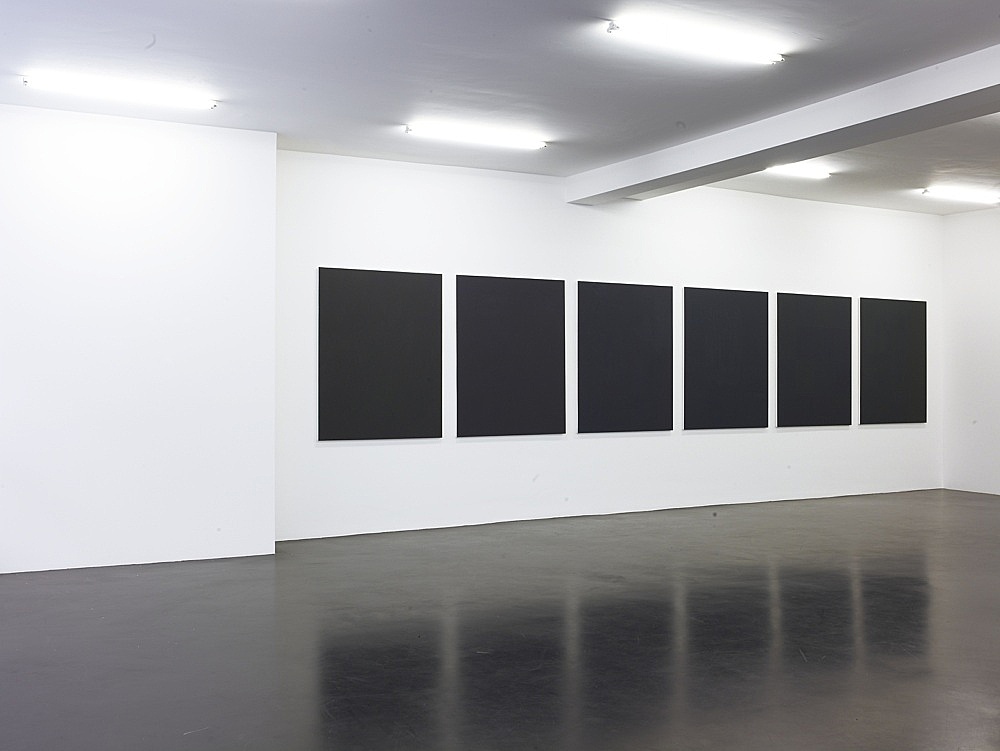 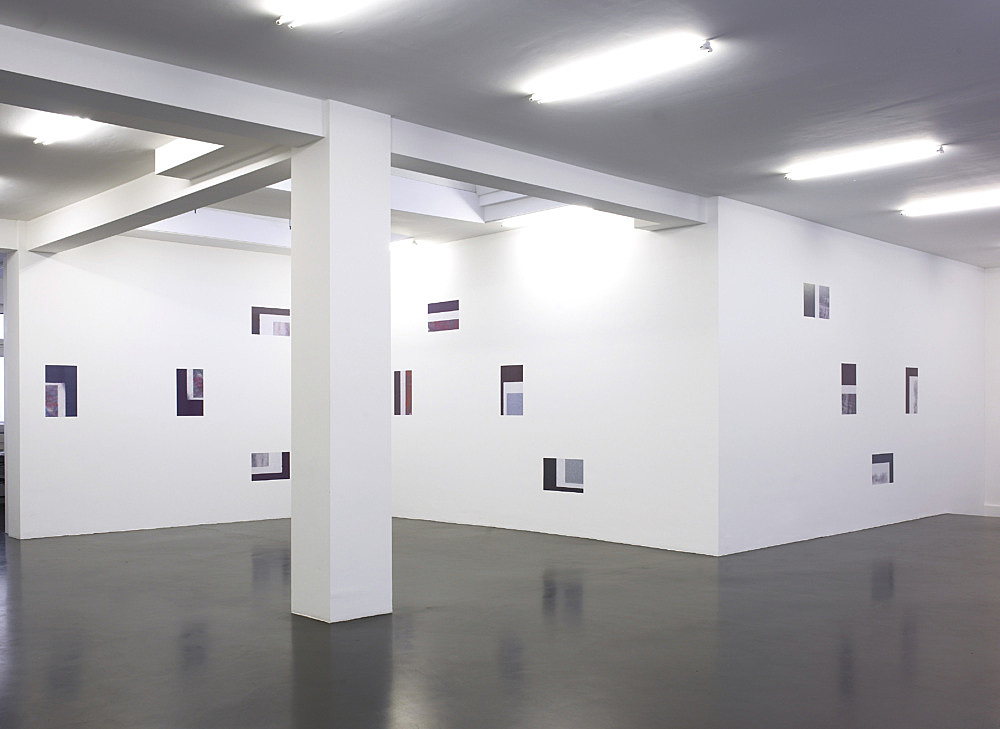 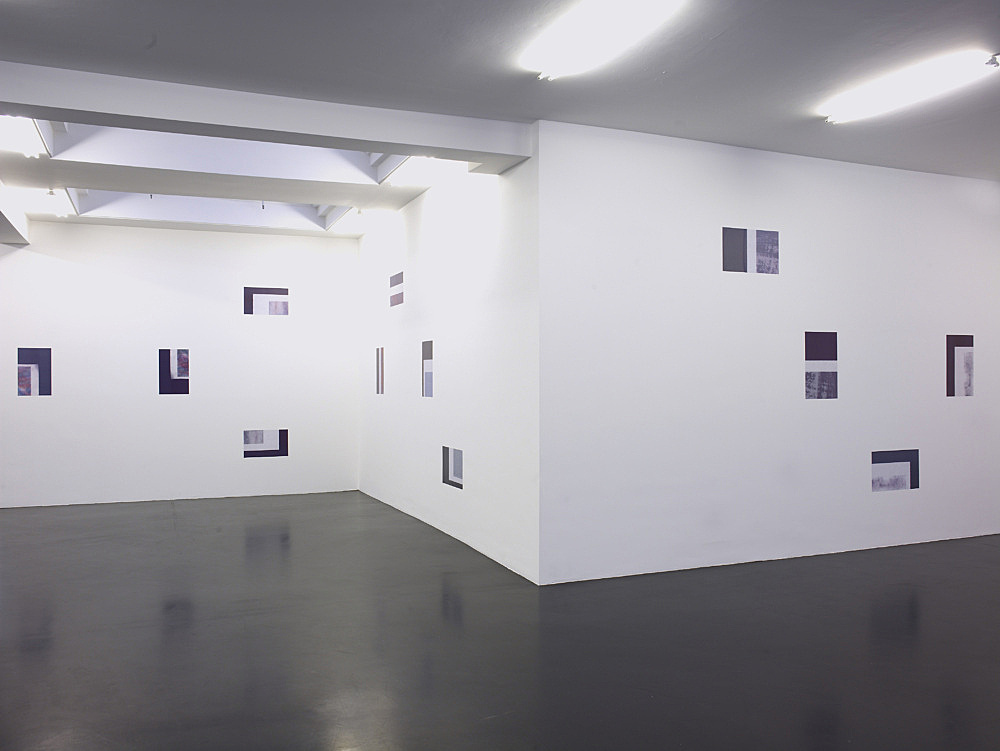 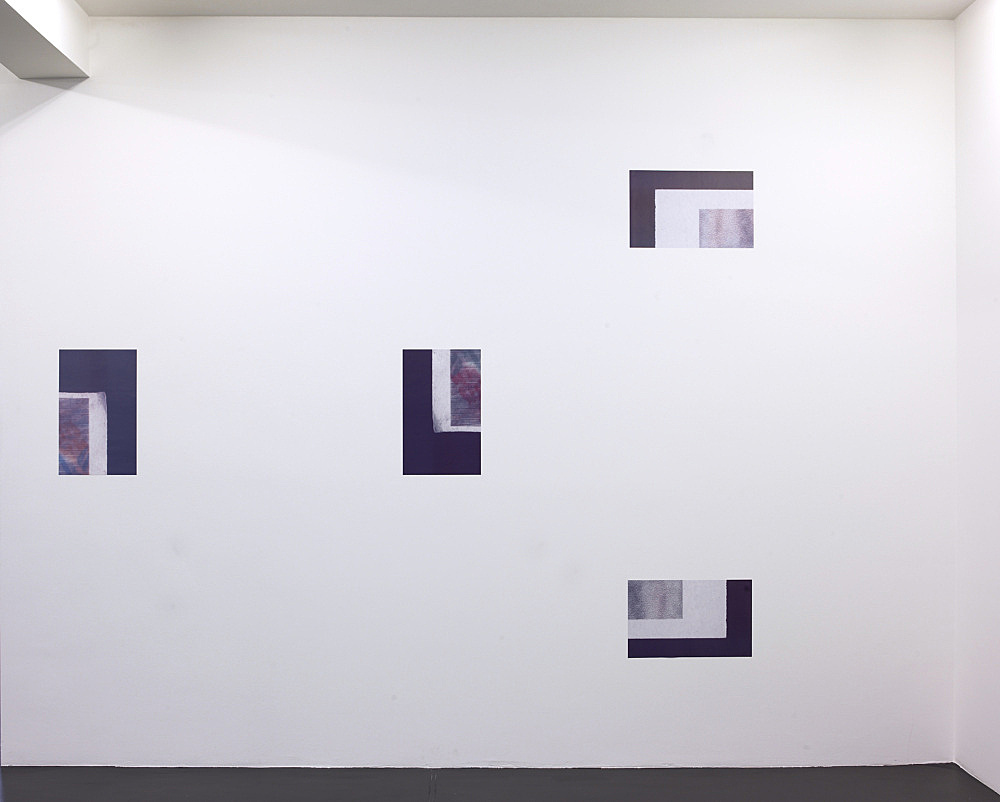 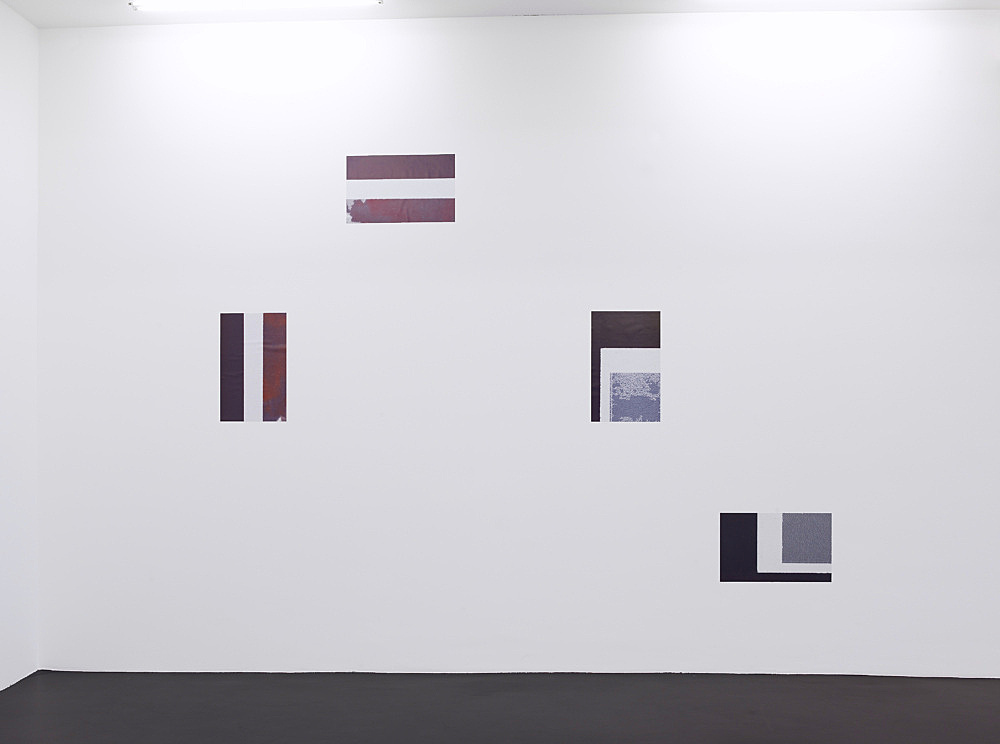 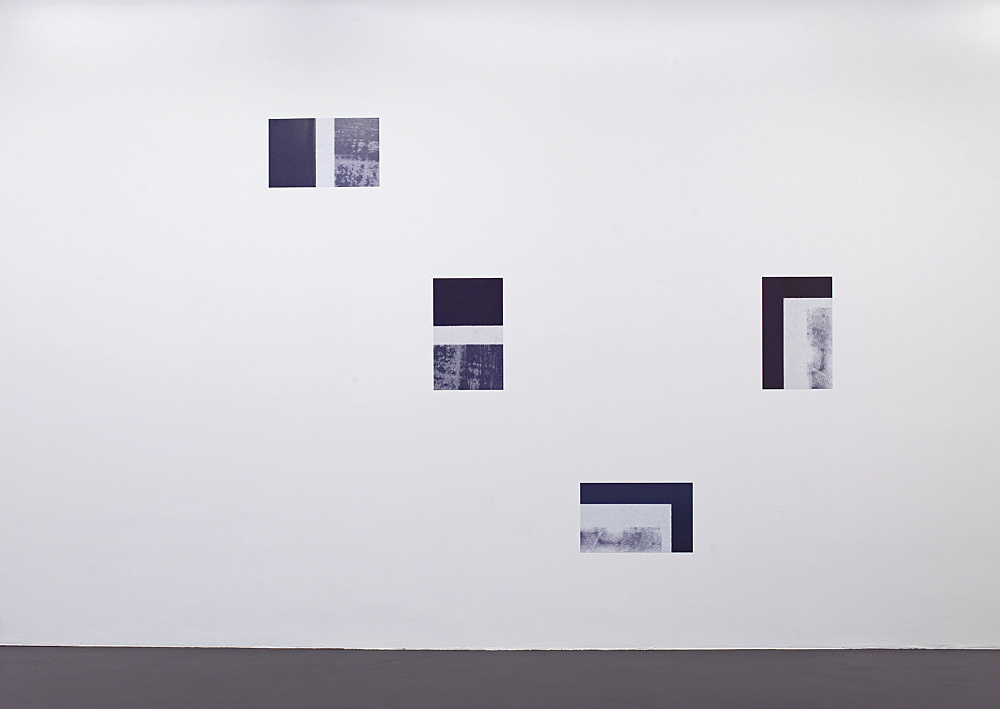 "Some motifs and their sources"